The ŠKODA VISION GT is a study of a single-seater all-electric sports car. It was inspired by the 1100 OHC that competed on racing circuits in the previous century. Here, the study’s authors give you a behind-the-scenes look at how it was made.

The first sketches and the idea for the project came about in 2019, when the design team turned their attention to the beautiful 1100 OHC. “We were just approaching the brand’s 125th anniversary and we thought we could celebrate the brand’s racing history as part of that. The freshly restored ŠKODA 1100 OHC proved to be a great source of inspiration,” says Franc Le Gall on behalf of the exterior design team.

“We considered simply reviving the original 1100 OHC, while the other option was a more futuristic design for the digital world of the future. After consulting with chief designer Oliver Stefani, we decided to combine the two and create a fusion of past and future,” adds his colleague Julien Petitseigneur. 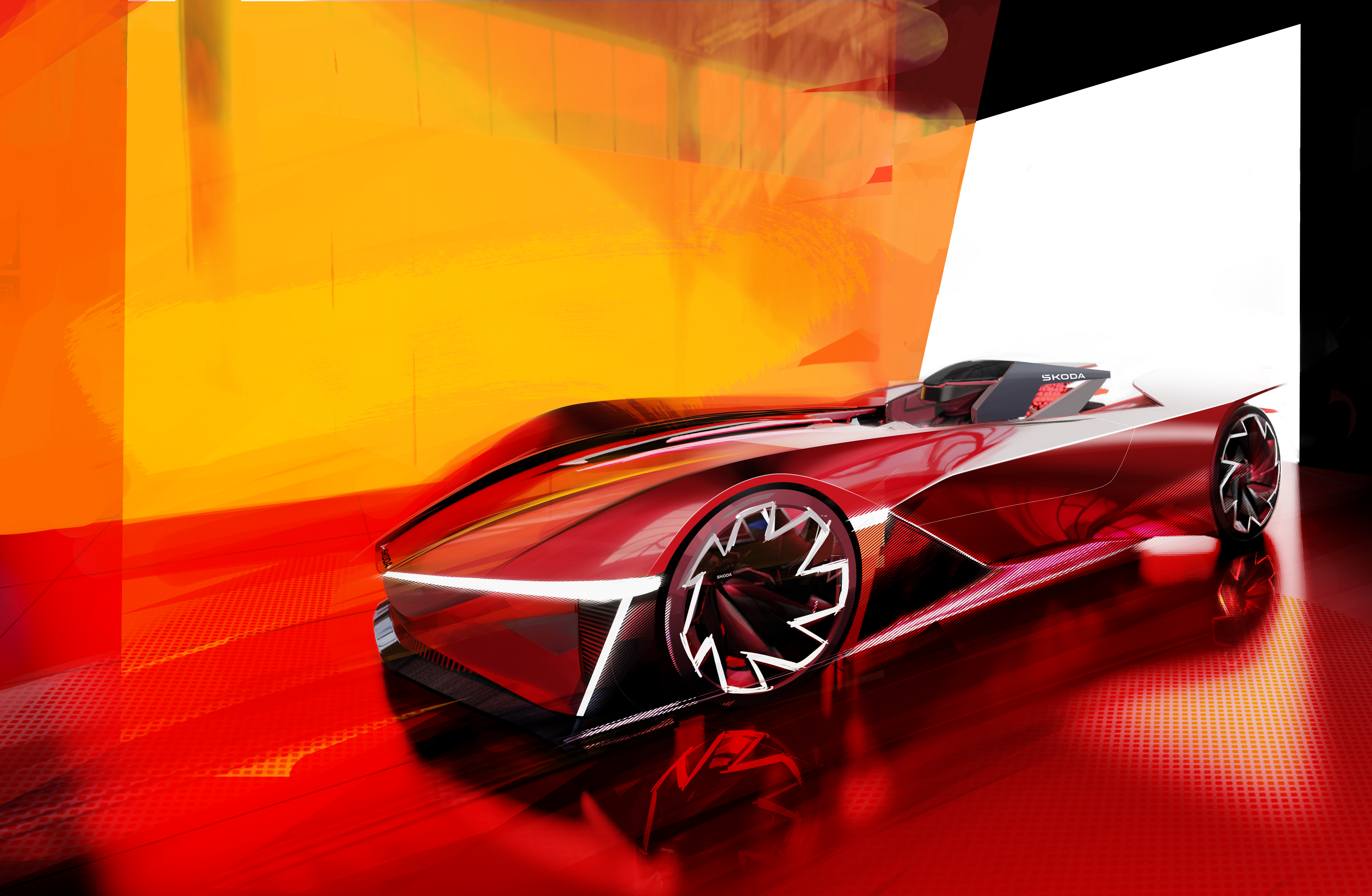 The VISION GT was first created entirely in a digital environment. The designers sketched out different versions and combined the different ideas into a final whole. “We really enjoyed the creative freedom that allowed us to push our own boundaries,” says Franck Le Gall. The team went to unexpected lengths in preparing the study, resulting in a vision of a single-seat electric sports car that (as the designers envisioned) rests on a slightly modified platform of the production OCTAVIA RS.

The only limit was our imagination

The designers also thought through a number of other details: the optimum handling characteristics are ensured by active aerodynamics, and an active cockpit with a spring-mounted driver’s seat takes care of ideal load balancing. The driver steers with a futuristic, flattened carbon steering wheel. The flat screen of the on-board system also serves as a wind shield and the car shows important information as a head-up display on the visor of the driver’s helmet. 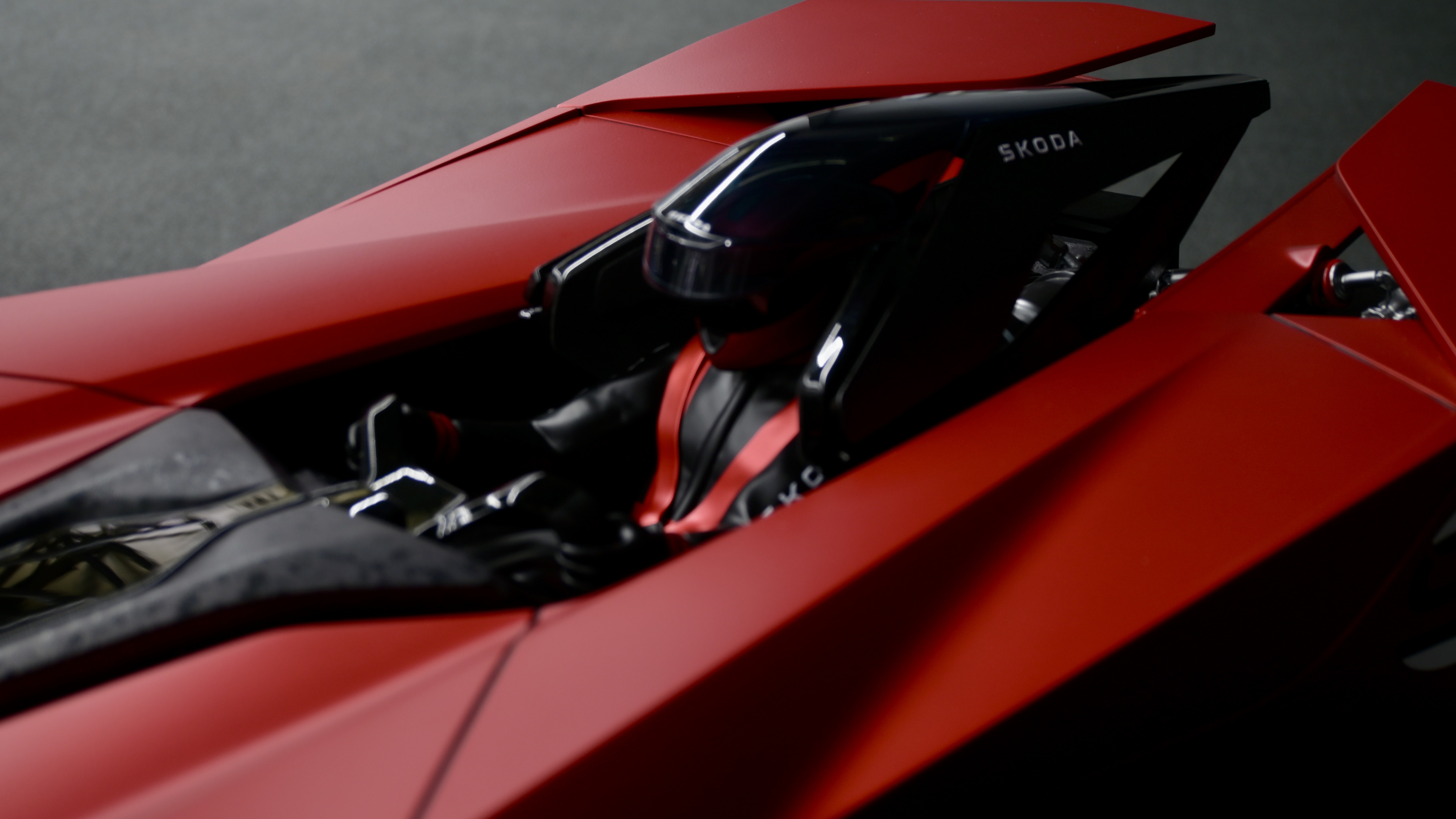 As the design of the study was being refined, work began on animation and a film that allow an electrifying presentation of the VISION GT. “From start to finish we used Blender software, learning as we went along and finding out what we could actually do with it,” says digital modeller Andrej Denysko. In the final stage, his colleague Andrii Bahriichuk helped him inject motion into the digital environment. “It was an incredibly fun 10 days. The opportunity to prepare a fantastic world in which the only limit was our imagination was unique,” says Bahriichuk, adding that the most enjoyable and simultaneously most challenging aspect was finding the right camera angles in dynamic shots. The result is a video that shows the transformation of the ŠKODA 1100 OHC into the modern VISION GT study literally right before your eyes.

Despite the VISION GT study being designed primarily for the gaming and digital world of the future, a physical model of the concept was eventually also created for the purpose of physical presentation at the Design and Transformation exhibition in Brussels. The scale model was primarily made using 3D printing, but the skilled craftsmanship of the ŠKODA Design department was also important.

“We had to divide the model into parts and construct them ourselves, which meant determining their thicknesses, how they would fit together, what surface finishes they would have and so on,” says Klára Valentová, who led the work on the 80-centimetre-long model. “We had to take into account the required quality of the individual surfaces and how to put everything together so that the joints wouldn’t look bad.” 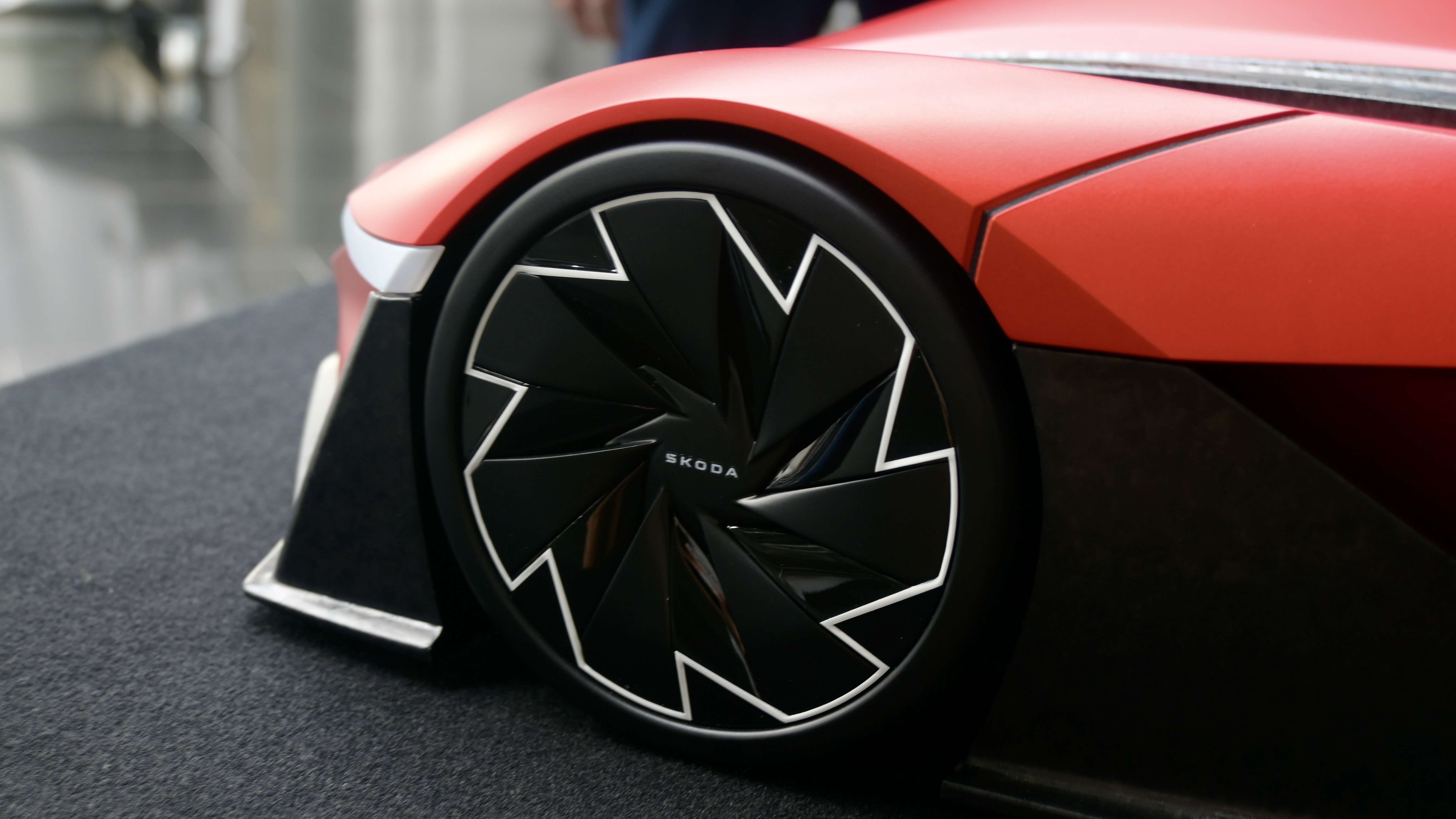 The 3D model of the ŠKODA VISION GT concept car is realistically detailed.

The parts were then printed on various 3D printers, with the printed parts then proceeding to manual machining. The modellers sanded and filed them down, and when everything fitted, the next step was to paint the parts or cover them with foil, as well as hand-painting the details and illuminating the model. "Prior to this model, we’d done similar work on the VOITURETTE study car from the Icons Get a Makeover series,” adds Valentová, adding that VISION GT is a follow-up to that series. 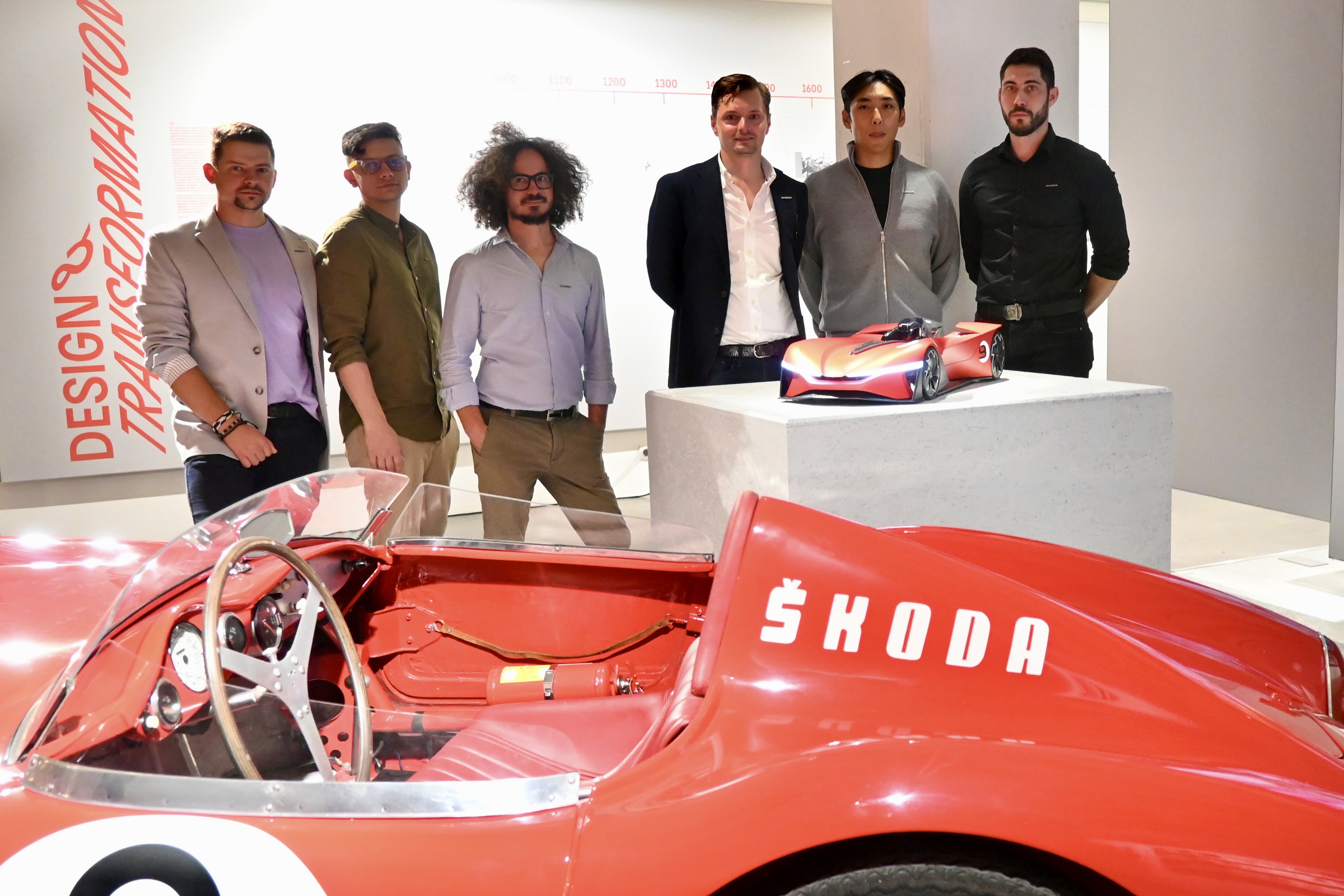 Andrej Denysko and Andrii Bahriichuk (first two from left) create the digital motion of the ŠKODA VISION GT. Romain Bucaille and Jounggeen Kim (third and fifth from left) created the exterior. Filip Krol and Julien Petitseigneur (first and third right from right) worked on the interior.

Visitors to the Design and Transformation exhibition at the Design Museum in Brussels can thus admire not only the beautiful original ŠKODA 1100 OHC, but also the VISION GT study, both in its digital form and as a model that symbolises the link between the digital world of the future and the Czech carmaker’s historical tradition. The exhibits are on display alongside the products of twelve other Czech companies and their designers until 8 January 2023. The exhibition is organised in Brussels by the Prague School of Applied Arts on the occasion of the Czech presidency of the Council of the European Union. 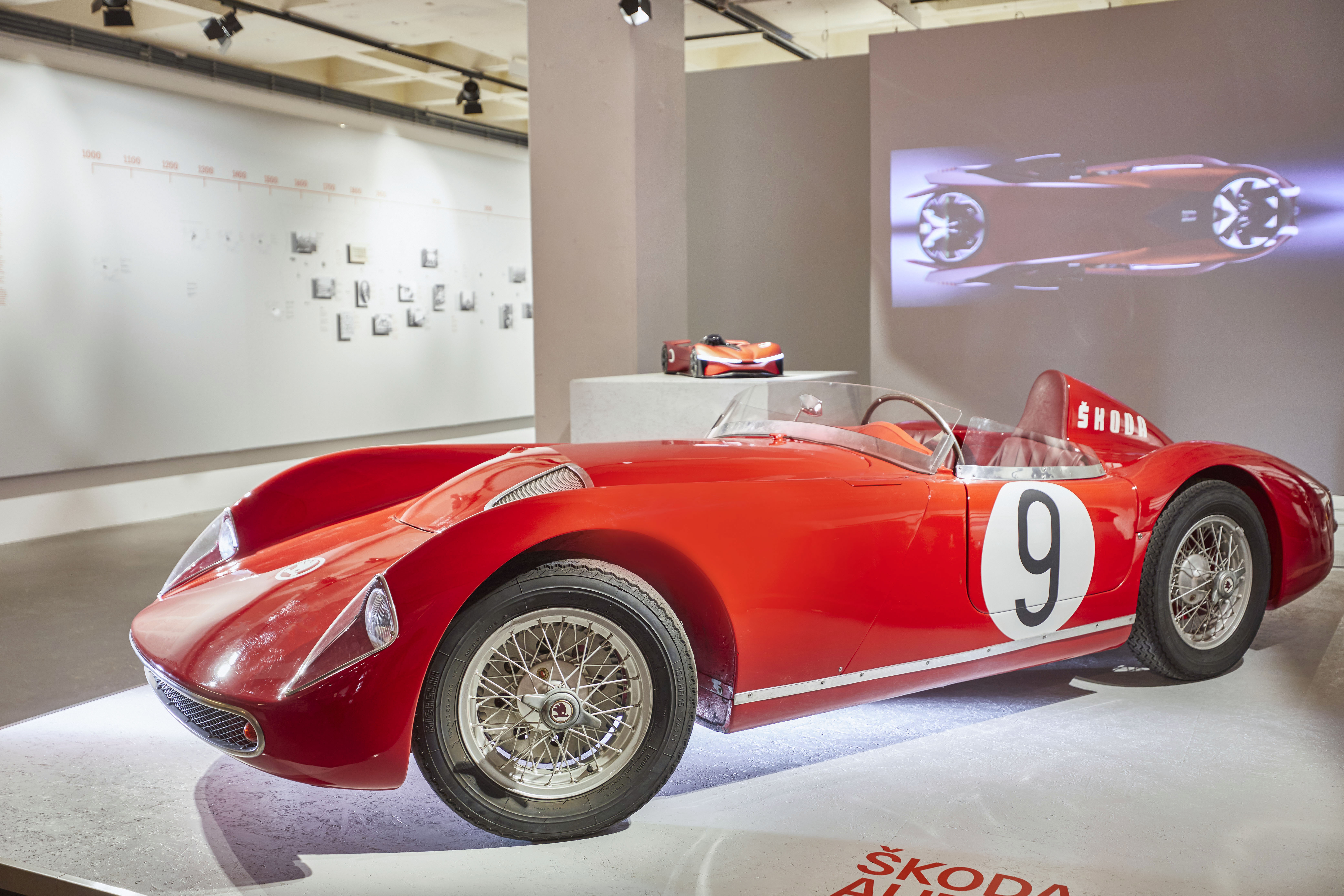 ŠKODA VISION GT: THE DIGITAL EMBODIMENT OF A SPORTING TRADITION 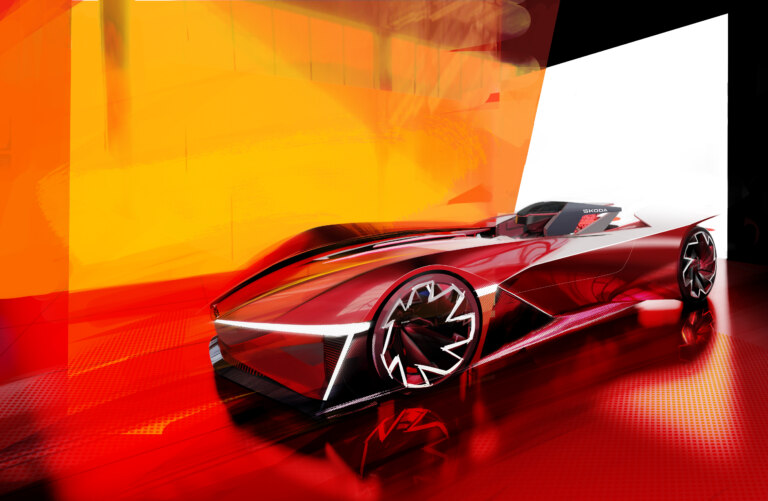 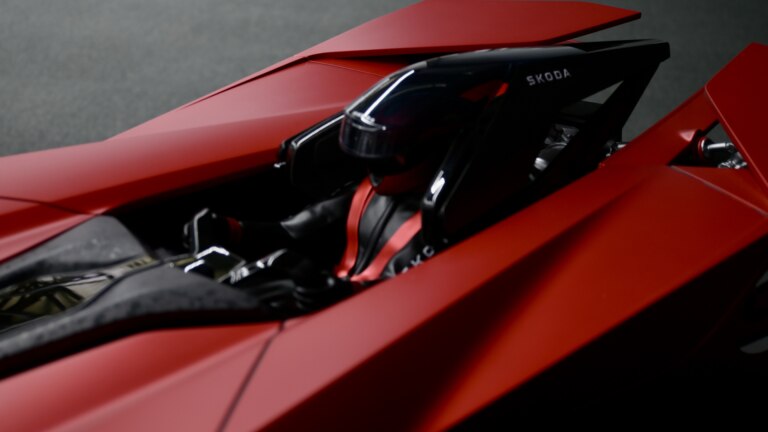 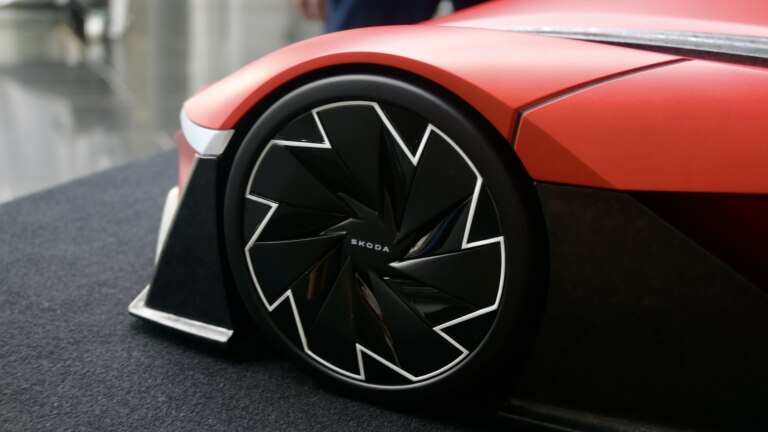 The 3D model of the ŠKODA VISION GT concept car is realistically detailed. 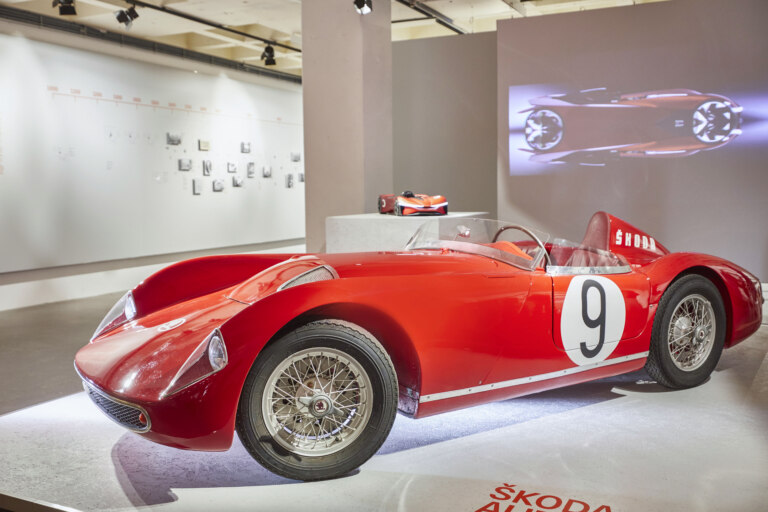 The historic ŠKODA meets the concept A future full of new journeys

YETI was a pioneer. Meet the lesser-known versions

VISION 7S: the most complex concept car and major challenges