She’s blue-eyed and blonde, has a wicked sense of humour, and loves ice-hockey. Boys do, too? So what? Budapest-born Nóra takes everything in her stride, whether she’s on the ice, or relocating from Hungary to Northern Ireland. What keeps this young ice-hockey player going?

Hundreds of motivational books have been written about overcoming life’s obstacles. Nóra Egri hasn’t read a single one of them. She doesn’t have time for that. She’s only eleven. At the age when other girls are just starting to think about what they’d like to be when they grow up, Nóra already knows – she wants to be a professional ice-hockey player, an all-conquering star of ice arenas in Canada or Russia. While others can only dream about their careers, she has already been training hard for years. Three times a week after school, she goes to the ice arena and doesn’t get home until deep into the night. It’s straight into pyjamas and bed for her. Early morning comes round and it’s back to school, with ice-hockey matches filling her days at weekends.

As she enters the rink, a current of cool air plays with the long blonde pony-tail peeking out of her helmet. At first glance, this is the only way of telling that Nóra is a girl. From head to toe, she is dressed in angular ice-hockey protector pads, and on the ice she trains with the boys. No one makes any allowance for her being a girl; she gets as much stick as anyone else.

Sometimes, the thought of going to practice doesn’t appeal to her much at all, but a long time ago Nóra discovered that, when she ties up her skates, all worries and concerns are banished from her mind. “I really like ice-hockey. A lot. And spaghetti too! And school,” she says with a childlike impishness in her voice. When her eyes meet her mum’s, she stops and quickly adds: “And my family too.” Her skates on, she climbs onto the players’ bench and, like a penguin, wobbles towards her mother to give her a big, long hug because she is the one who has made it possible for her to devote herself fully to her dream sport.

Nóra’s mother, Adrienn Molnár, had ballet lessons as a child, and secretly harboured a wish that at least one of her daughters would follow suit. In the end, her eldest daughter, Dalma, got into bouldering, while young Nóra embraced the “quickest game on Earth”. She discovered this passion by accident when she was five. At a friend’s sleepover, her host’s parents took them to an ice-hockey practice session. Nóra took to the sport immediately. Once she stepped on to the ice and started sliding around, she knew she was going to love it. As soon as she returned home, she told her mum that she wanted to have her own ice-hockey gear. However, as this equipment is really expensive, she initially had to make do with borrowing from the local club because her mother was worried she might soon get bored with ice-hockey. But she didn’t. 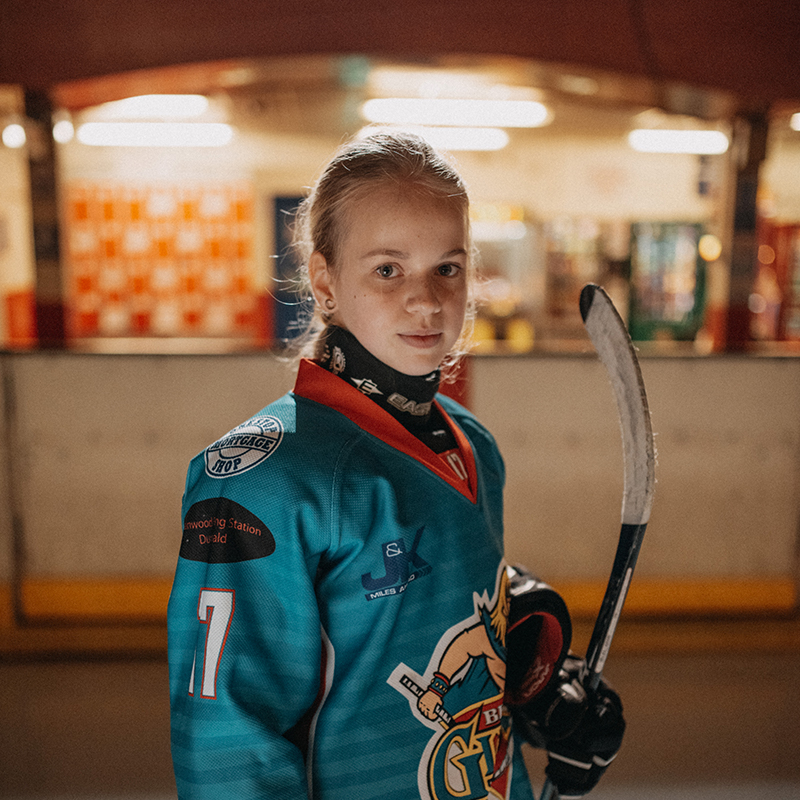 Since then, Nóra hasn’t stopped playing, aside from a few months’ forced time off when she broke her arm. She had taken a heavy tumble on the ice, but nobody noticed anything was wrong because she kept skating right up to the end of the session. Only when she took her arm out of the pads did she see how swollen and bent it was. Did it hurt? “I don’t even remember now. Probably not. Perhaps I was in shock, considering I lasted another half hour on the ice,” Nóra laughs and swaps a few words with her mother in Hungarian.

“It was three years ago. Fortunately, it was around Christmastime, when there’s less training, so Nóra didn’t miss much,” explains her mother, Adrienn, born and bred in Budapest. A year and a half ago, the bank she works for offered her a better position in Belfast, which meant moving away from Hungary with both of her daughters. “The first thing that popped into my mind was whether they would have an ice arena there and a team good enough for Nóra to join,” recalls Adrienn, who reached out in person to strike a deal with the Junior Belfast Giants coach before signing her own transfer contract to work in a bank in a foreign country. “Otherwise, I wouldn’t have done it,” laughs Adrienn, for whom her daughters are everything. 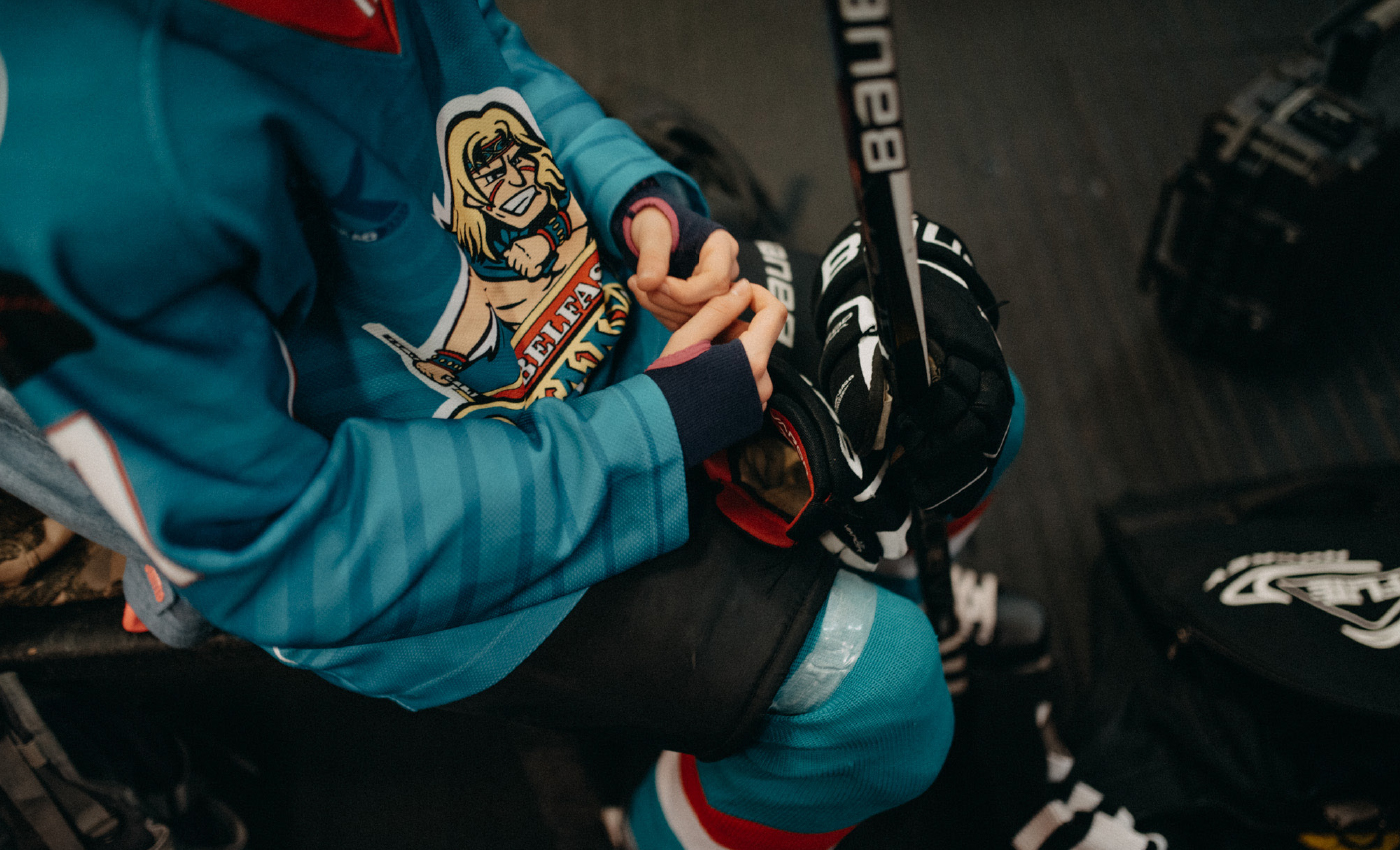 Things were hard in the beginning. Though Adrienn had a good job at the bank, everything else in Belfast was alien to her. She had left behind in Hungary not only her memories, but also the father of her daughters, with whom she had split up a while ago. She had no car, but even if she had had one, she would have been too afraid to drive because people drive on the opposite side of the road in Northern Ireland. What’s more, ice-hockey practice started before her workday was done hours, so Nóra had to take a taxi to the arena. “It was expensive, really expensive, but there was no other option,” says Adrienn, recalling how little Nóra was at least accompanied by her sister Dalma, three years older. Today, everything is different. Adrienn has bought her own car and has been driving for almost four months, without no accidents so far! She has become accustomed to the local traffic and regularly drives Nóra to practice and matches. “The car has made our life much easier,” she says.

“Sometimes it takes me just twenty minutes, but if the traffic’s heavy we’re talking up to three-quarters of an hour,” says Nóra as she describes her regular commute in pursuit of her dream. She plays left or right wing. “I’m good and fast,” she believes. The coach plays her in almost every match. Matches take place most weekends and often involve travel. Nóra believes her best game was against the Solway Sharks in Scotland, when her team scored just the one goal – Nóra’s. When she gets home from a match, she usually analyses the game. She can talk about it for hours. She describes what happened, who did what, what they didn’t do or what they could have done better. She looks at ice-hockey from a tactical point of view, perhaps partly influenced by the fact that she has been playing chess since she was little. She always thinks a few steps ahead of every possible outcome she can expect of her opponent. 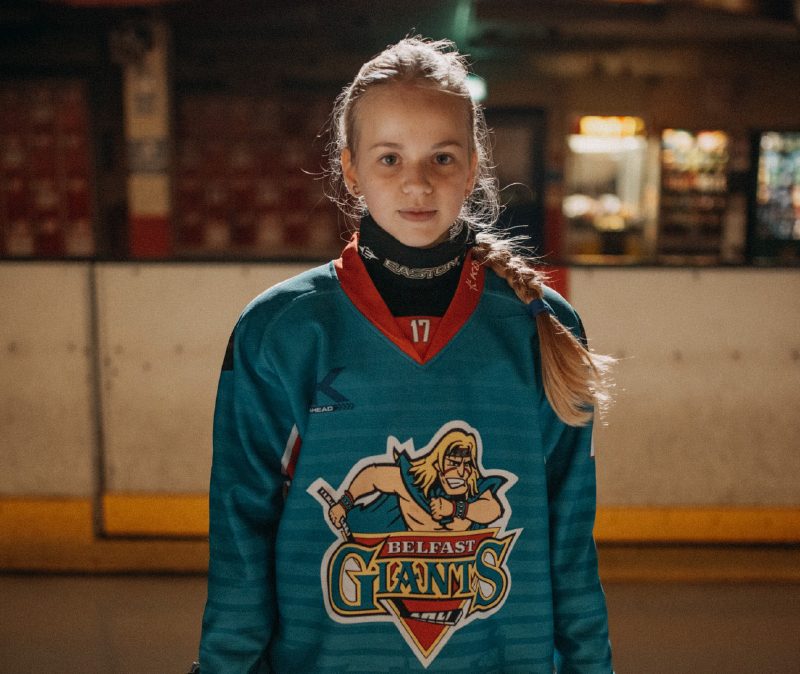 A future in Russia or Canada

The tenaciousness she has gained over years of training also helps Nóra in her everyday life. After moving to Belfast, she encountered a different education system and had to pass entrance exams to get into high school, since primary school ends at the age of 11 in UK. Because of the different system, she had to catch up on a whole year’s worth of preparations for the exams in just four months. This meant studying hard until ten in the evening every day. Then at six o’clock in the morning she would get up for practice before school. All in English. On the day the exam results were released at Aquinas Diocesan Grammar School, the whole family was disappointed. Adrienn thought that Nóra’s score of 92 meant that she had come 92nd, so she wouldn’t be admitted. The next day, however, everything was made clear after Adrienn went to see Nóra’s primary school teacher. In reality, Nóra had achieved 92% of the correct answers and was the 8th best out of all the pupils enrolled. “I believe that Nóra has this deep-seated courage that drives her forward,” says her mother.

At school, her favourite subjects are biology, physics, chemistry, and art and design. Although education is very important to her, she thinks her future lies in ice-hockey. She realises that in four years’ time, the boys in her team will be men and will naturally be stronger. Nóra will then have to look for a place in a purely female team in Canada or Russia, where her idol, Ilya Kovalchuk, comes from. Will we get to see her in the North American NWHL or at the Russian WHL? We’re betting that her dreams will come true. 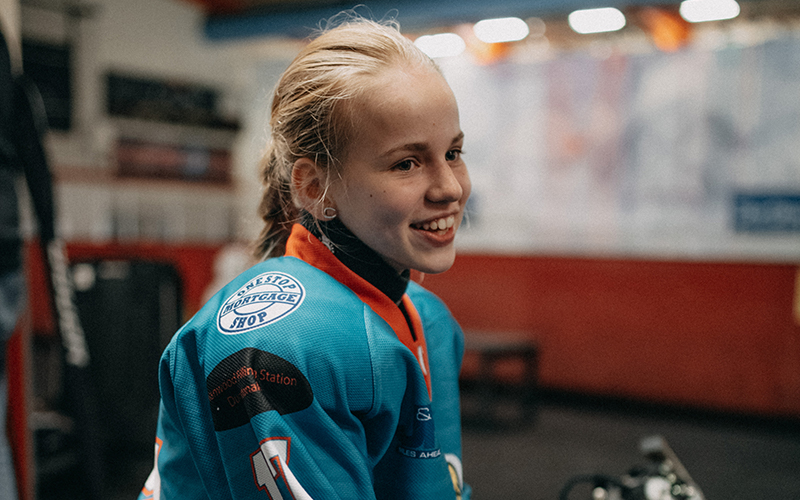 “Driving through a Beautiful Landscape Is Inspiring” 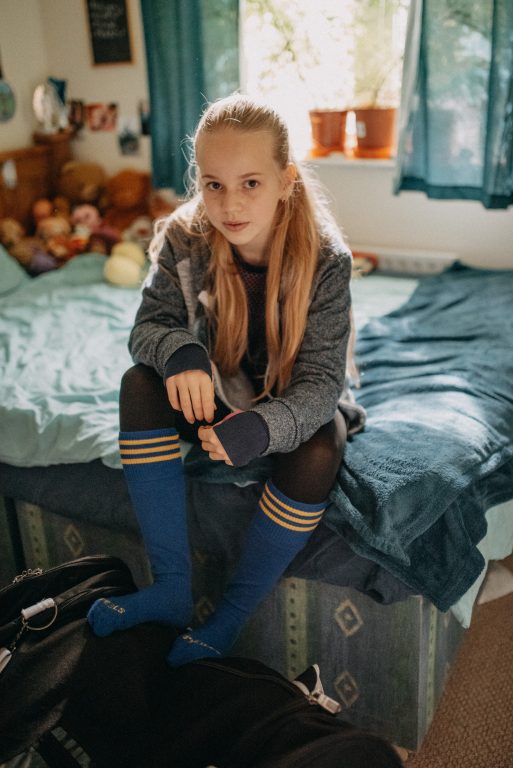 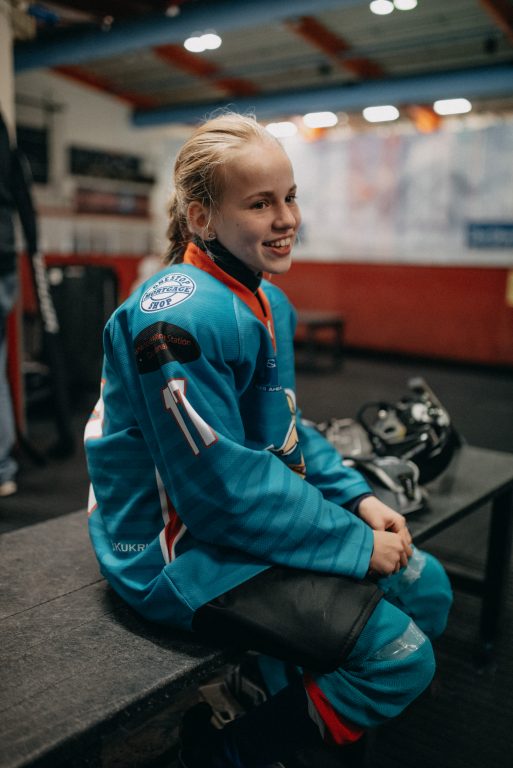 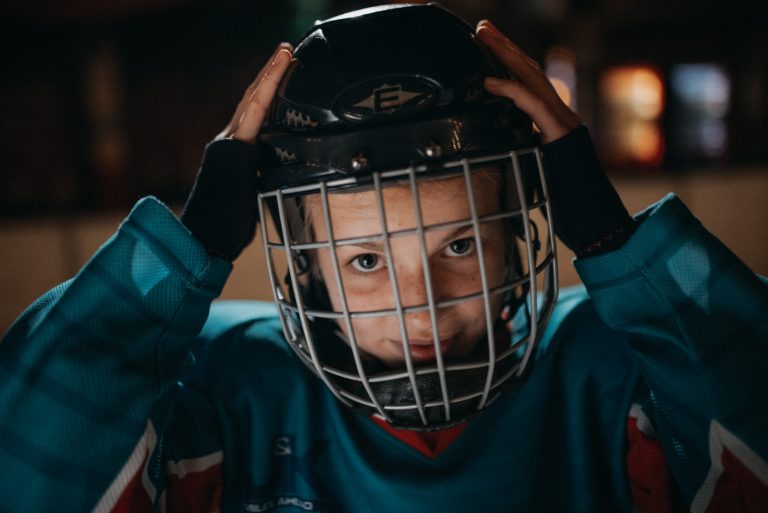 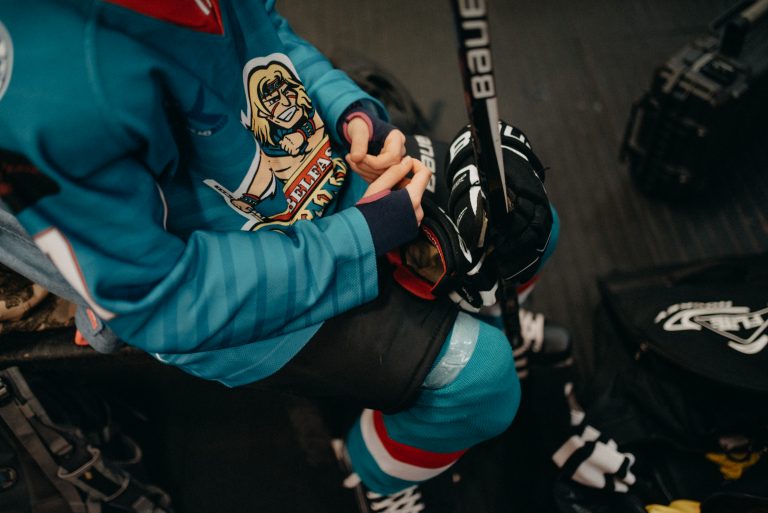 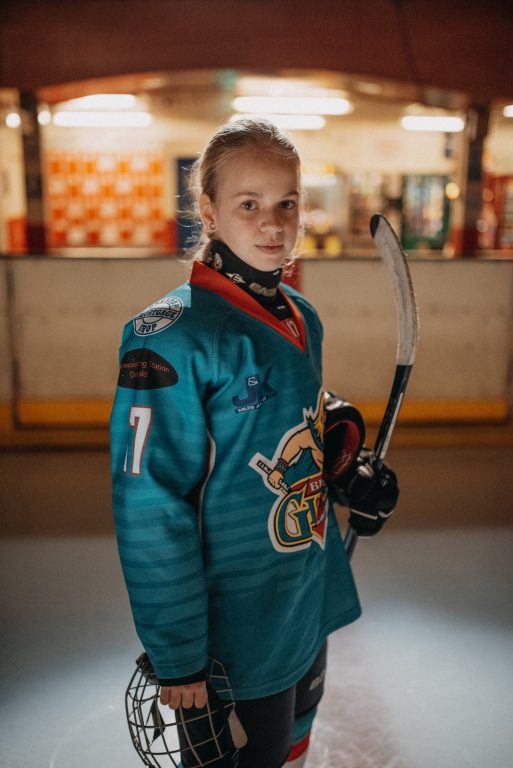 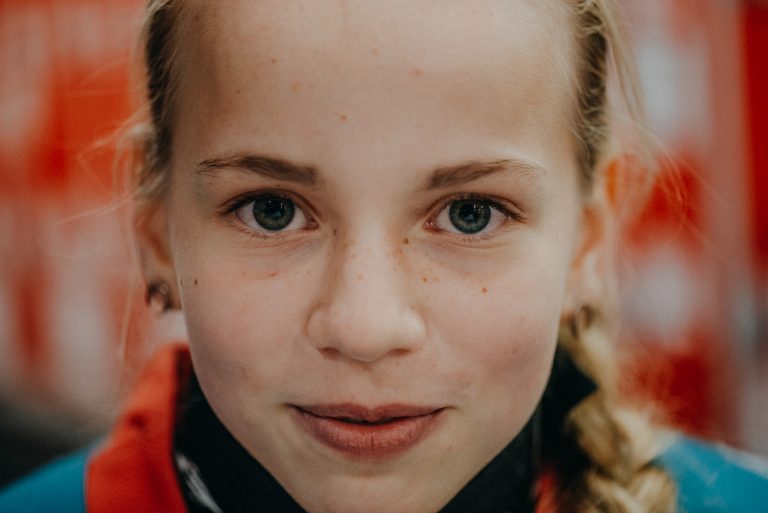 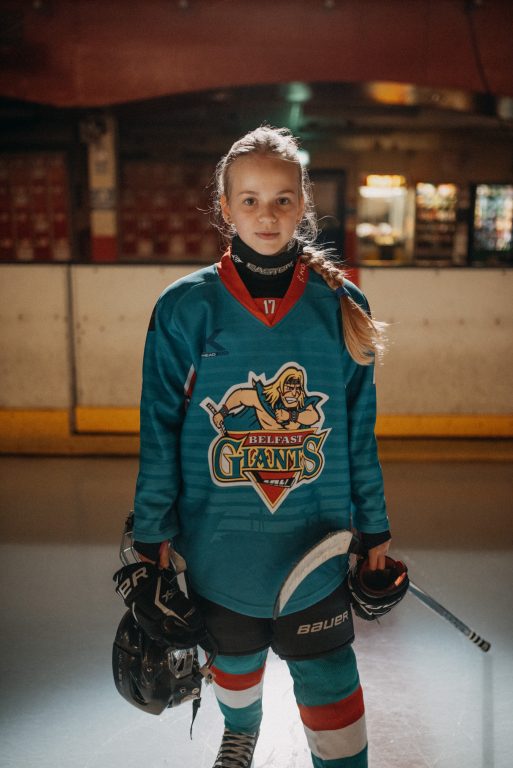 Test Your Knowledge of Sport and More in this Ice-Hockey Quiz!

Types of Fans You’ll See at an Ice-Hockey Game

The Ice-Hockey Fairy Tales of Herning 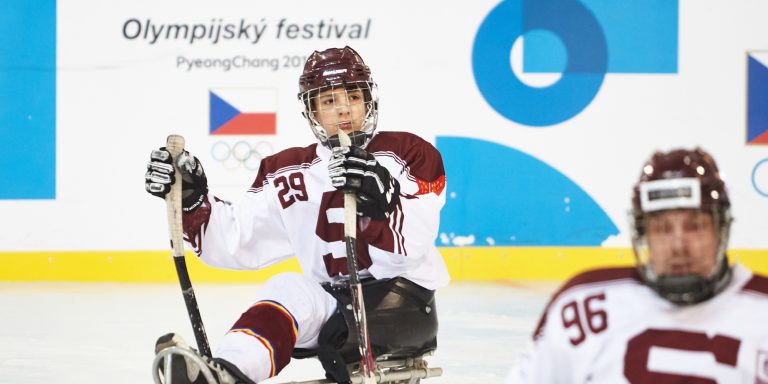