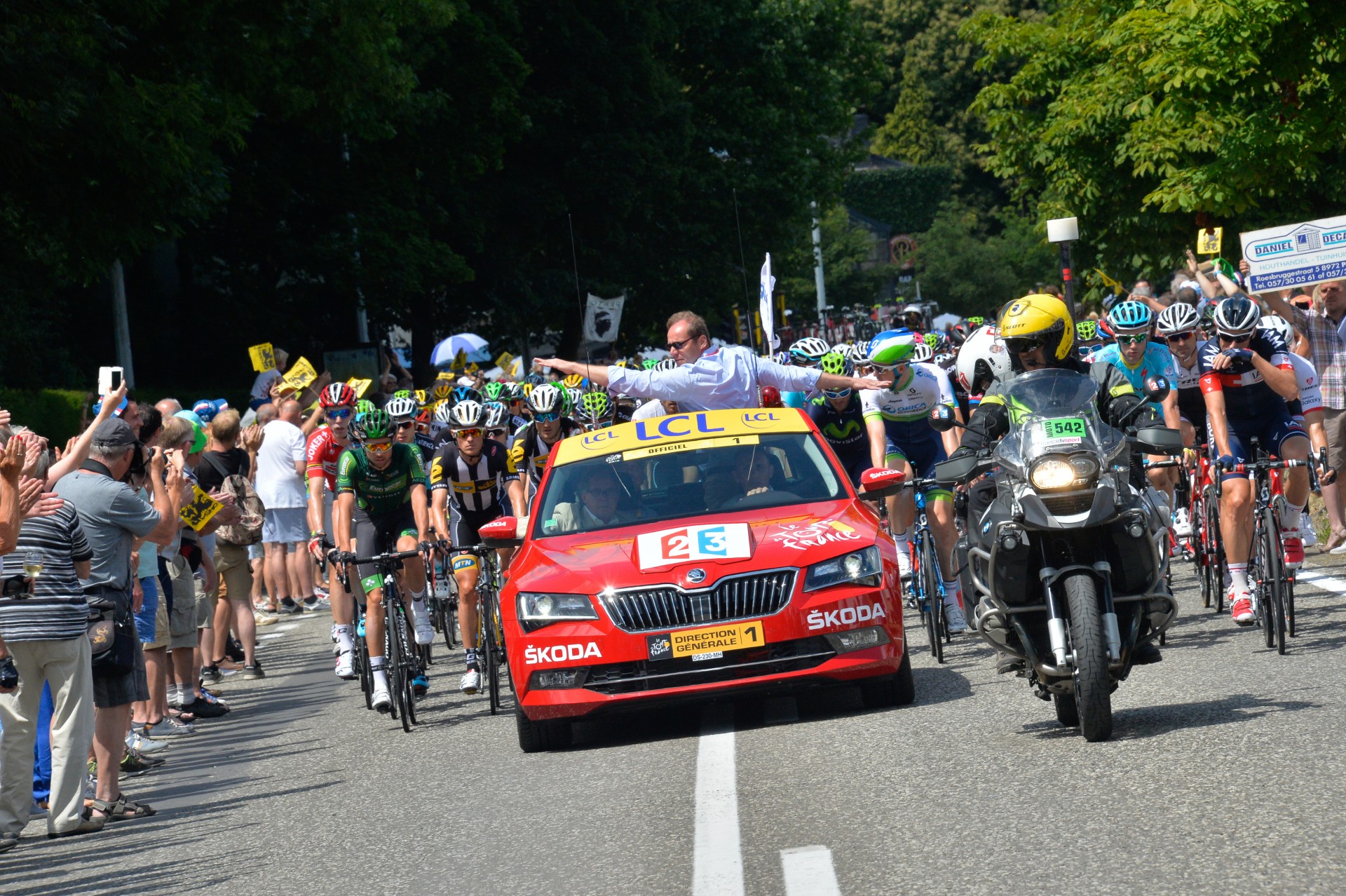 ŠKODA at the Tour de France

Behind every great cyclist is a great car. And we don’t mean an impatient motorist waiting to mow down a road-hogging pedal pusher. We’re talking about the road crews that support the bike racers at the top of their game – and the logistics vehicles, unsung heroes of the cycle competition world.

When the Tour de France is racing, a fleet of cars follows the action. And as an official car supplier and partner, ŠKODA takes its involvement seriously. ŠKODA Superbs operate as neutral support vehicles, providing workshops on wheels that offer support, wheels, tyres and even a counselling service to riders in emergency situations.

And on top of providing this very practical service for the cyclists, ŠKODA cars are also used by the Tour de France organisation itself. Not least, the Red Car.

The Red Car is a technologically modified mobile command centre from which the Tour Director manages the race. Clear communications are required to run such a complex event, and the Red Car – again, a ŠKODA Superb – is at the heart of the logistical operation, controlling all aspects of the sports event.

Equpped with six radio antennae, several microphones and four radio channels, the director can send and receive information and coordinate the race from the Red Car, while keeping in constant contact with race officials. With a minibar on board, the Red Car also serves as a bijou hospitality suite for dignitaries such as French President François Hollande to watch the race progress. And the Red Car is the only vehicle permitted to cross the finishing line with the cyclists.

NFT posters to celebrate women on the Tour de France 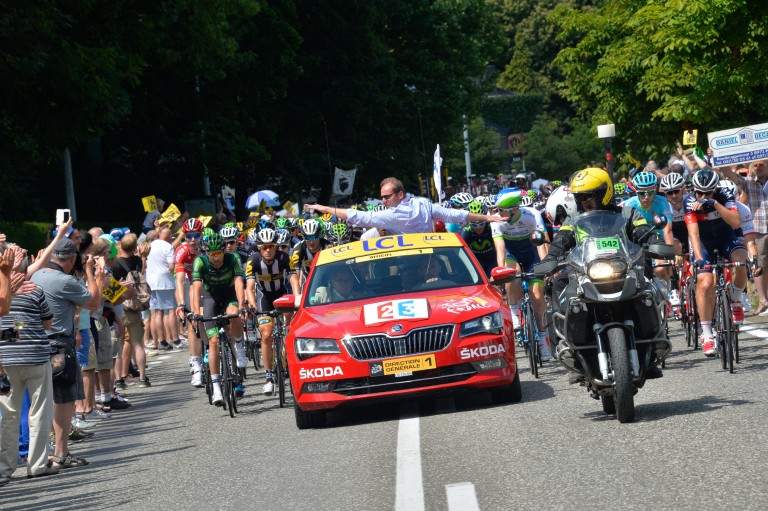