After the turn of the century, ŠKODA fearlessly entered the highest category of the World Rally Championship. In the tough battles with WRC legends, it scored, among others, a fantastic third place in the Safari Rally. Armin Schwarz was the one behind the wheel of the OCTAVIA WRC.

Over 1,000 hot kilometres through the merciless African countryside turns the endurance Safari Rally into a unique challenge. It was here that the ŠKODA factory team posted a notable result in 2001.

“When ŠKODA decided to head for Kenya, I was very glad. I always saw the challenging rallies as more of a great opportunity than an obstacle. We wanted to show the world the durability and reliability offered by the OCTAVIA WRC. The Safari Rally was perfect for that. In Kenya, you don’t need to have the fastest car, but it sure has to be one of the most rugged ones,” says Armin Schwarz as he explains the origins of the famous expedition. 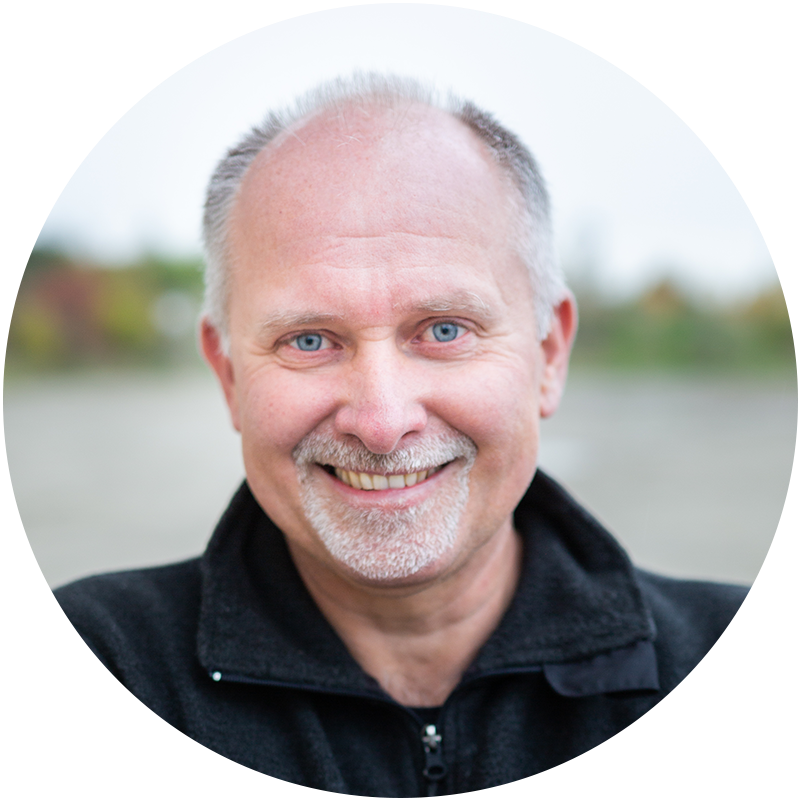 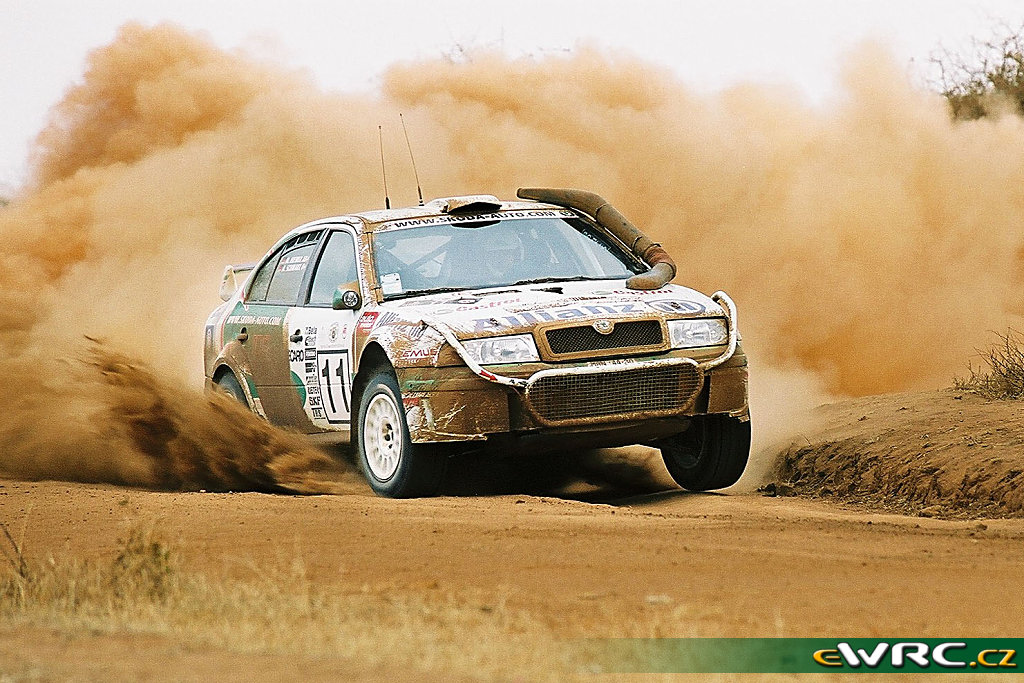 It was the innate ruggedness of the car, obvious from the very first tests, that sparked the ingenious idea in the heads of ŠKODA’s rally team members. They decided to just wear down the competition. “Right in the 120-kilometre-long first stage, I posted the fastest time of all. We were pushing hard to force others to increase the pace as well. When they saw how fast the OCTAVIA WRC could be, that was exactly what they did. However, when you drive faster than intended in Kenya, there’s a huge risk of breaking your car. And that was exactly what happened to many teams. It was part of our plan. Even though we weren’t winning any more in the later stages, we succeeded in setting up a pace that was advantageous for us,” Schwarz recounts.

As its competitors retired one by one, the unstoppable OCTAVIA gradually secured the bronze. Even the rugged ŠKODA couldn’t avoid some technical problems in the tough conditions, but it was never anything extraordinary. The team’s thorough preparations and focus before the rally really paid off. “The whole team did a great job in development and testing. This allowed me to not worry too much about the conditions on the track, and I could trust the car. The support from management played a large part as well,” adds the German rally driver. 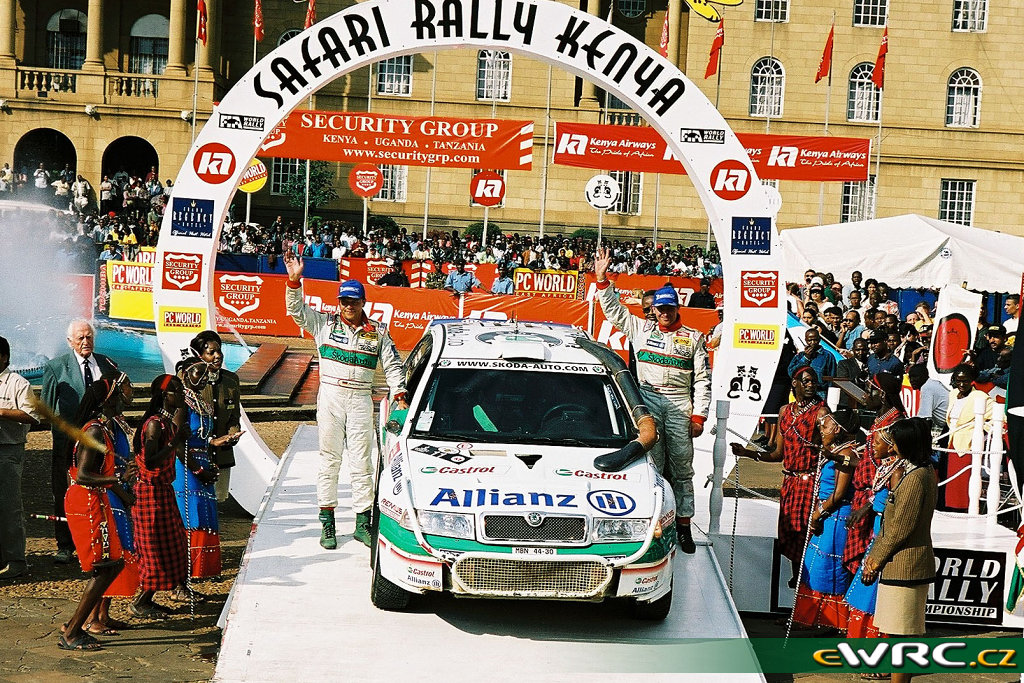 A car for rough conditions

Kenya wasn’t the only country where the OCTAVIA WRC was able to make use of its strengths. It did well every time the going was tough. It won its first ever WRC stage in Catalunya in 2000, when the tracks were flooded with water and mud as a result of heavy rains. The ŠKODA works team also had a great start to the 2001 season in Monte Carlo, where the snow was interspersed with sleet and there was mud everywhere. While the cars of the traditional big teams were very fast on dry tarmac or in the deep snow, in difficult “middle of the road” situations, they couldn’t make the most of their potential.

“In 2001, the OCTAVIA WRC was at its peak. In Monte Carlo, the conditions were really hard, which was good for us. Many people don’t remember anymore that we missed the podium by just four seconds. I still vividly remember that rally. It was such an exciting fight and the OCTAVIA WRC was going so well, that the resulting fourth place is just as valuable to me as the third in Kenya,” Armin Schwarz recalls. 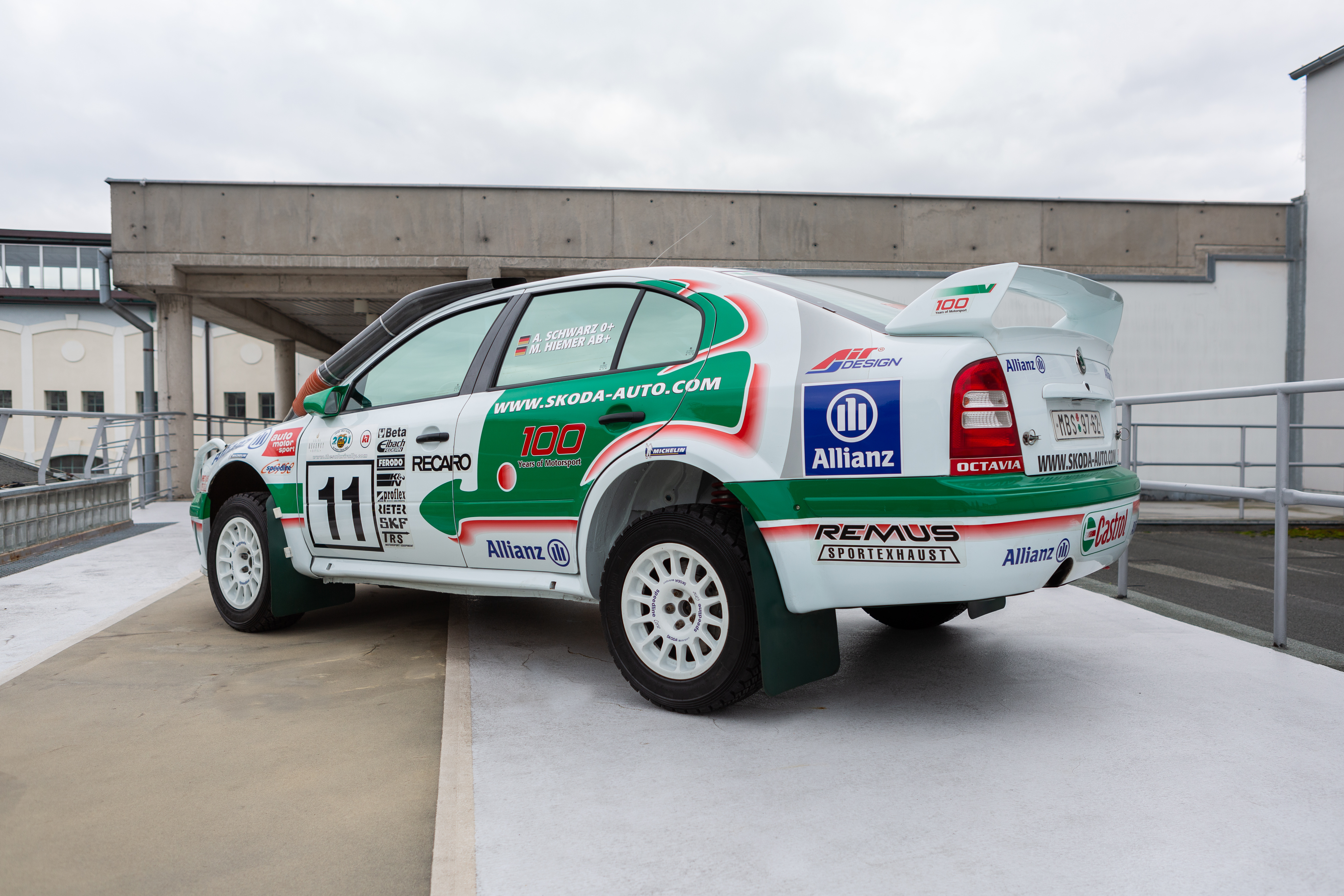 Even though some of the teams had more powerful engines at the time, the OCTAVIA WRC countered with its great suspension, reliability and overall character. For spectators, it was unforgettable for its inimitable sound and willingness to go for spectacular sideways action. “It always had a tendency to oversteer, but it was never treacherous. There were no nasty surprises, it was simple and pleasant to drive. The overall setup, from the suspension to the body to the steering, was great. The OCTAVIA WRC was just spectacular to drive. Mostly, its strength was on display in the harsh conditions and that was always the reason I liked it,” says Schwarz as he describes the characteristics of the car he drove in the ŠKODA factory colours for three seasons – 1999, 2000 and 2001. 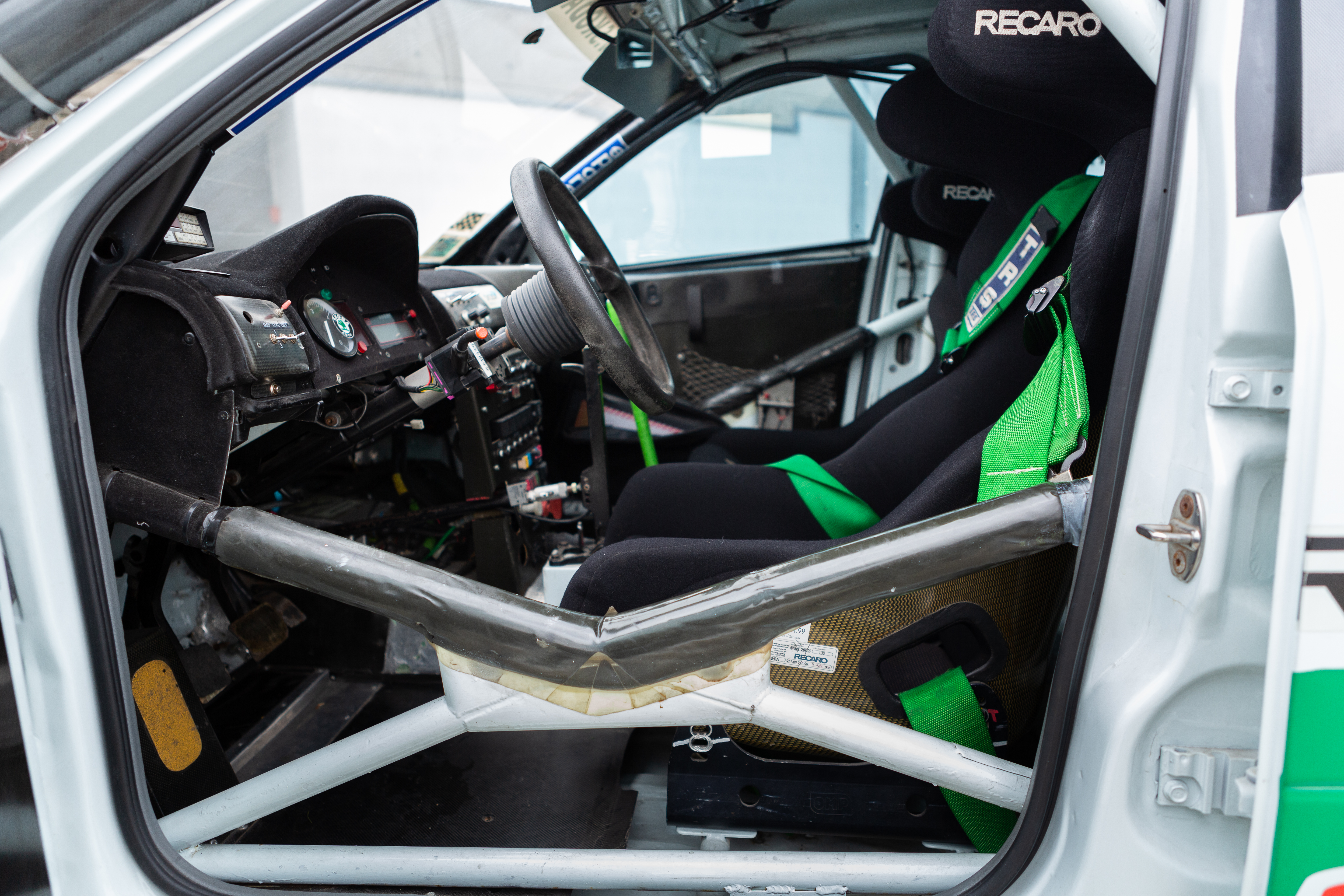 A bond that lasts till this day

Armin Schwarz is still a regular visitor to the WRC rallies, and, true to his word, he never misses an opportunity to visit the ŠKODA Motorsport service tent and greet his colleagues. He’s still friendly with many of the mechanics who worked on the OCTAVIA WRC twenty years ago. 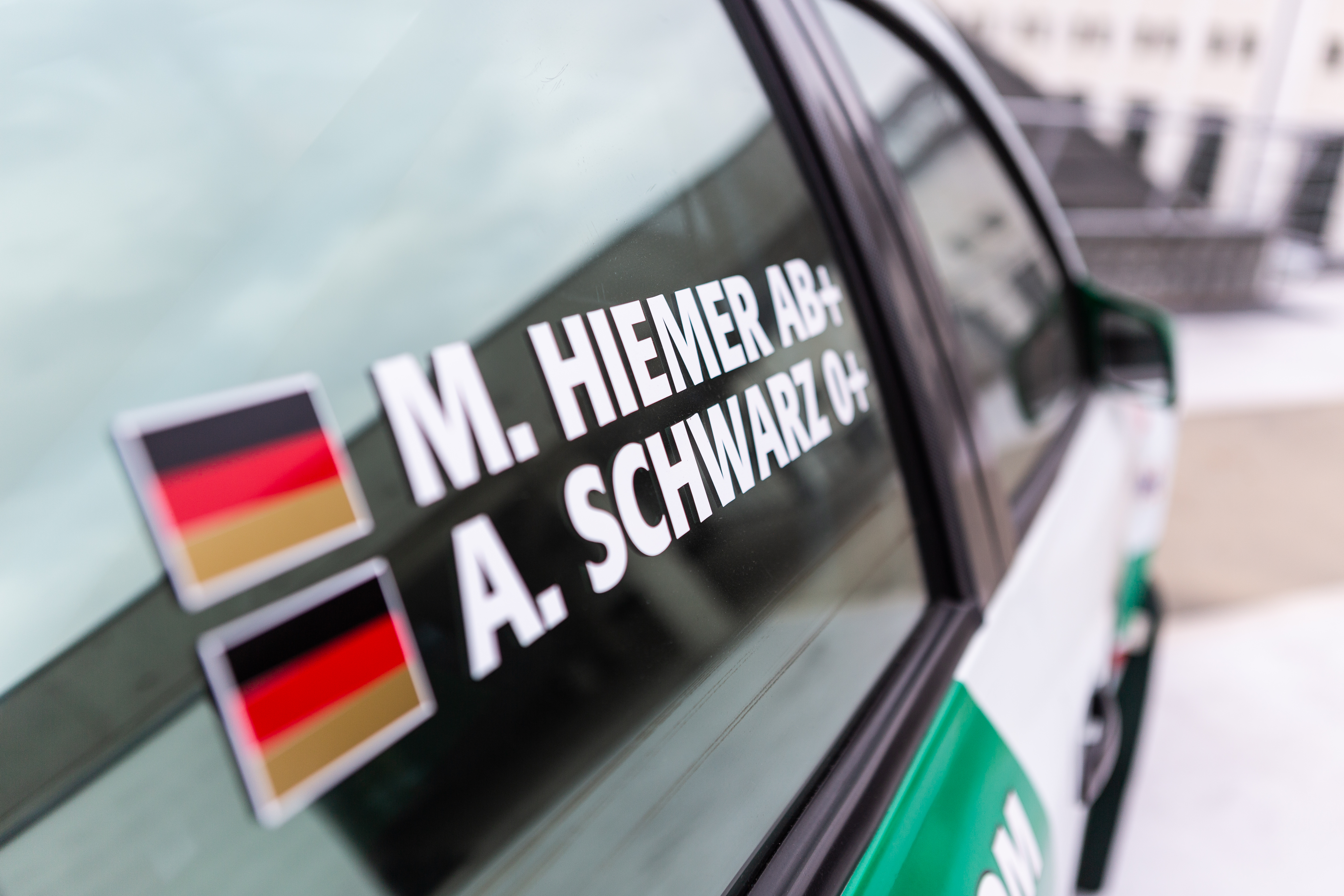 “Driving for the ŠKODA works team wasn’t just driving. Our mission was to build the team and enter the new era with the first ŠKODA car in the WRC category in history. I’m very proud that I could be a part of that. We had to overcome a lot of obstacles – we had a smaller team, a smaller budget and less experience - but the team spirit was fantastic. Everyone wanted this to succeed. And even though we went through some rough patches, we never got irritated. We always focused on moving forward, and we always took something valuable away, even from the worst outcome,” Armin Schwarz concludes. 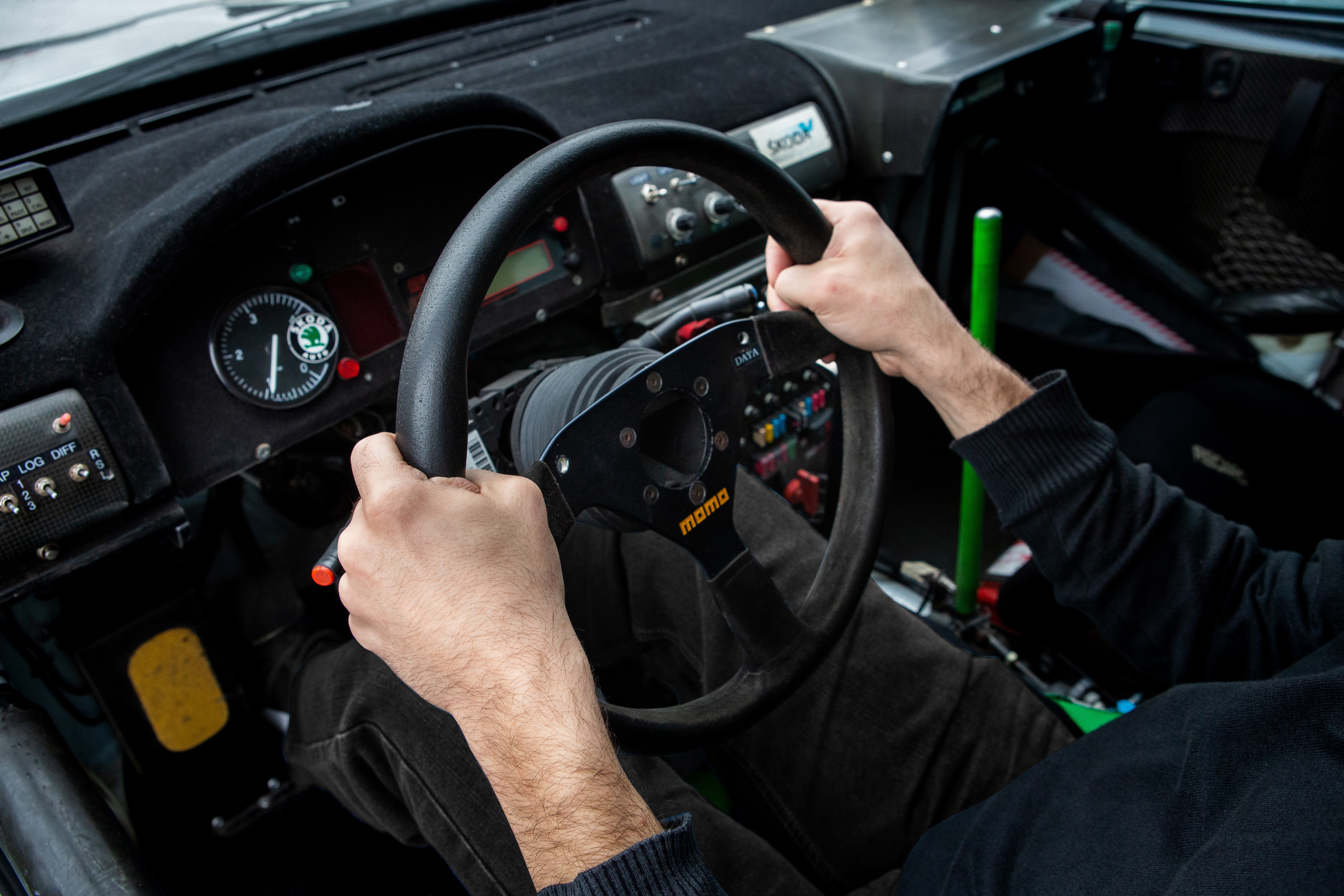 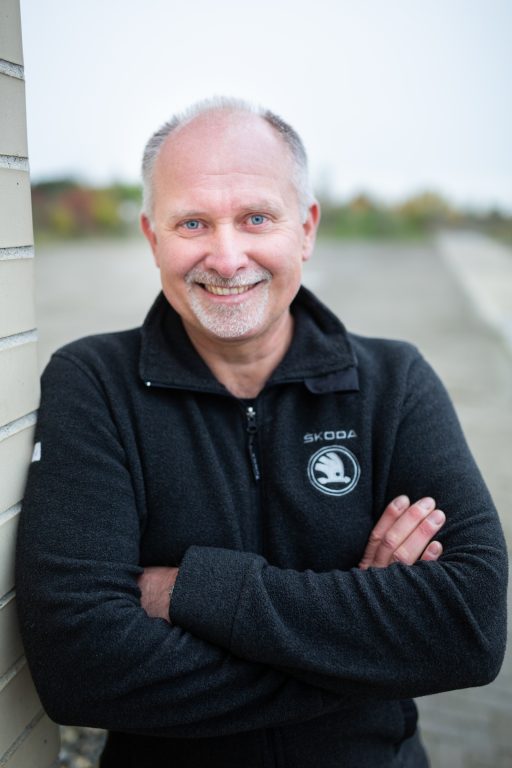 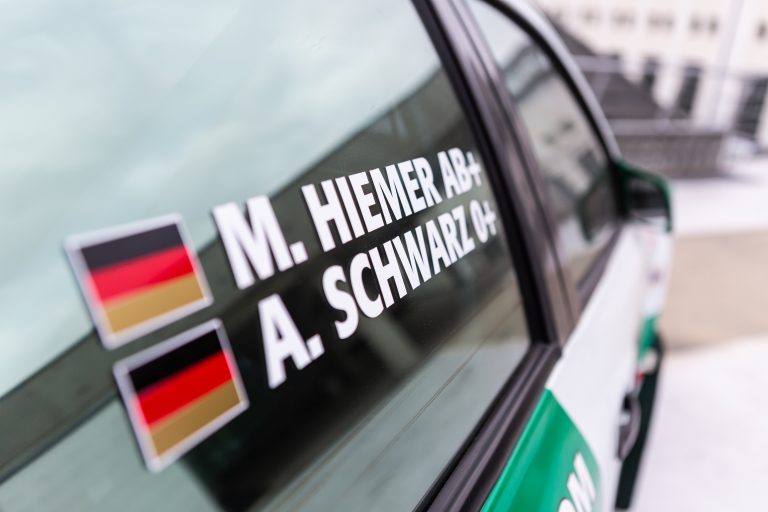 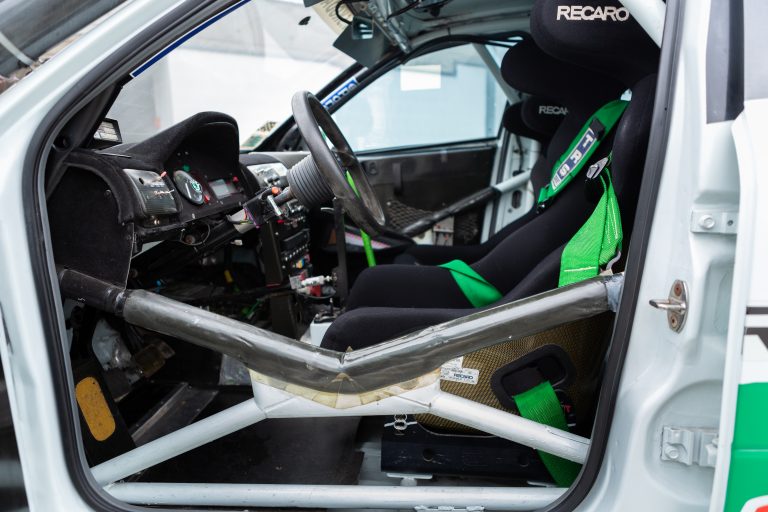 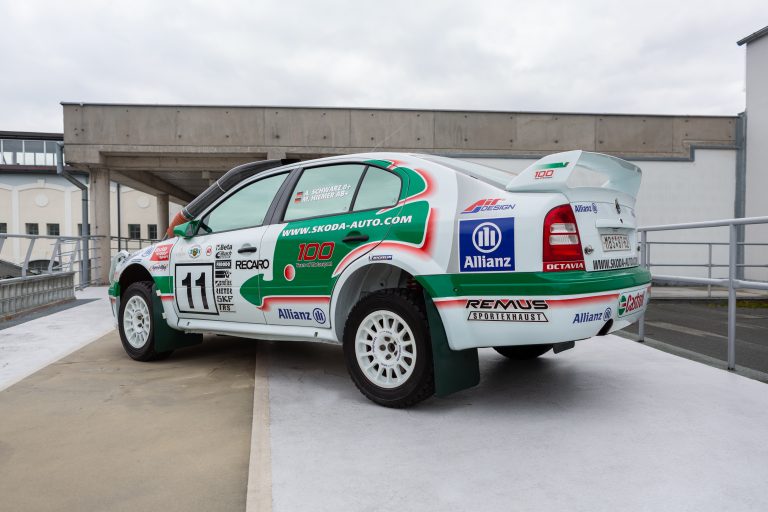 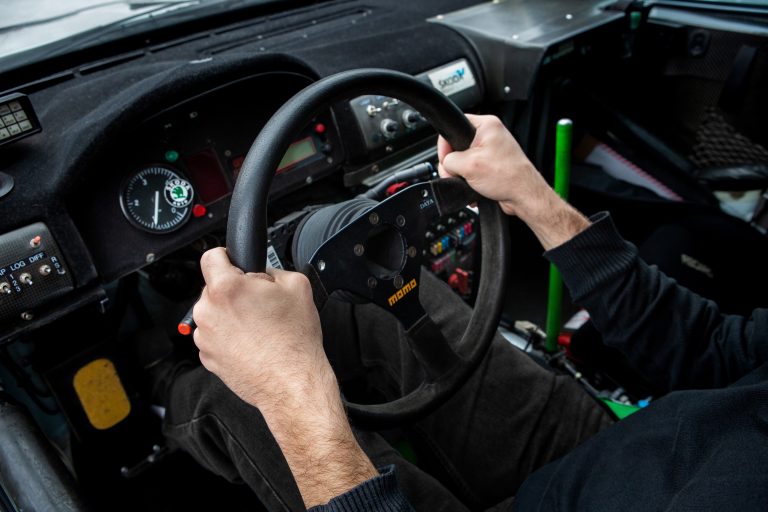