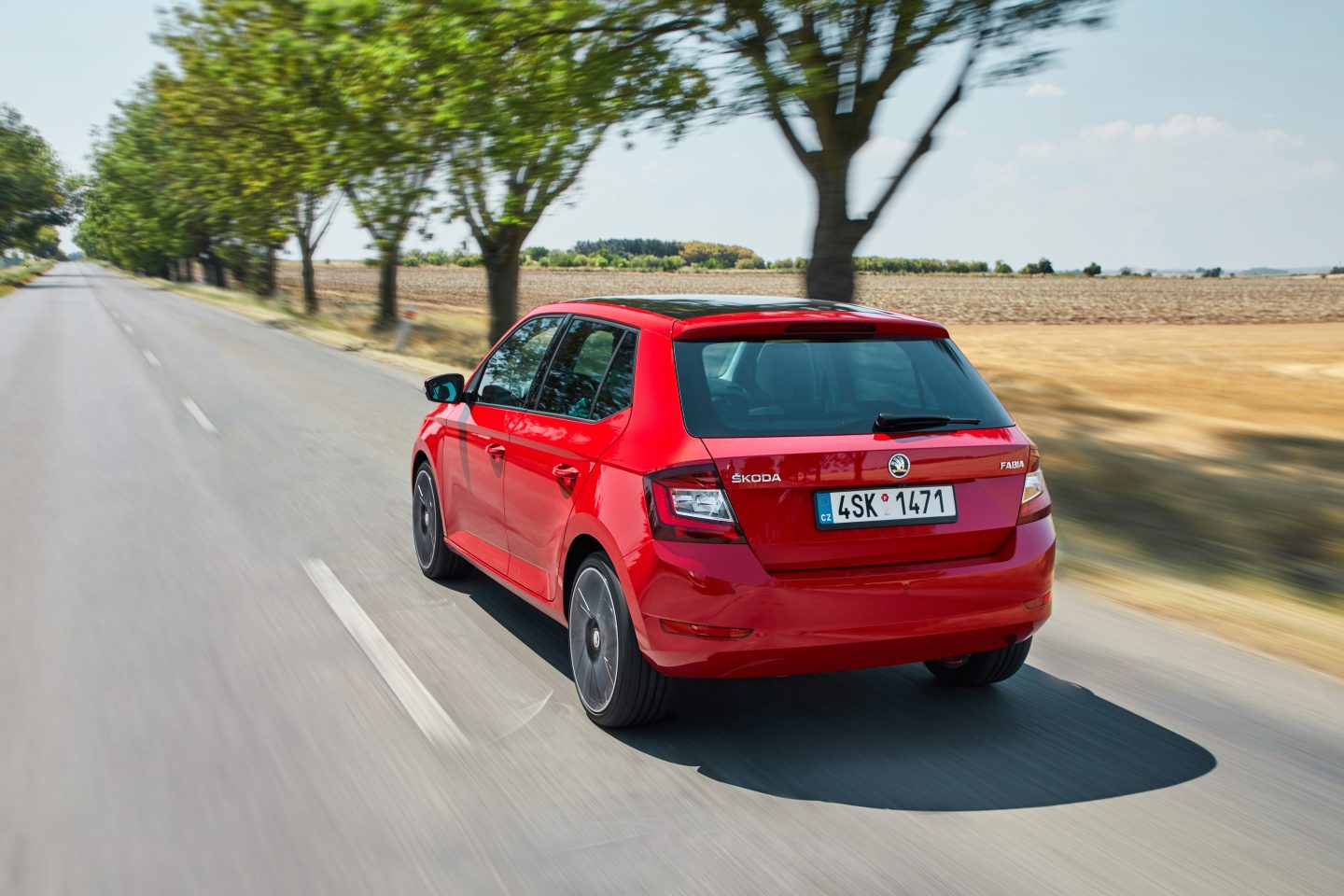 With over four million units delivered to customers since its launch in 1999, the ŠKODA FABIA is one of the bestselling vehicles in its segment and a real winner. The small car from Mladá Boleslav has now become the Czech car manufacturer’s second longest-running model series. And demand remains high. 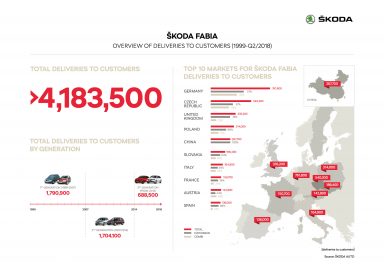 Download PDF       Download JPG
Despite its compact dimensions, the ŠKODA FABIA has always offered a generous amount of space for passengers and luggage. This makes it the perfect everyday companion even for young families. Apart from its choice of engines, which are all dynamic and efficient in equal measure, its strengths include agile handling, state-of-the-art safety systems, and the latest infotainment and connectivity solutions. It is dynamic, offers an extensive range of equipment, and features – in typical ŠKODA style – lots of Simply Clever features.

The success story begins in 1999. At the International Motor Show (IAA) in Frankfurt/Main, ŠKODA presents the first generation of the ŠKODA FABIA. Just one year later at the Paris Motor Show, in the autumn of 2000, the spotlight is on the ŠKODA FABIA COMBI for the first time. In total, 1,791,000 first‑generation ŠKODA FABIAs have been delivered to customers.

In 2007, ŠKODA launches the second generation of the ŠKODA FABIA. The public can have a first look at the hatchback version at the Geneva Motor Show, the Combi follows several months later at the IAA in Frankfurt/Main. The Combi comes with a boot capacity of up to 1,460 l – 235 l more than the previous generation. In 2009, the ŠKODA FABIA SCOUTLINE is added to the model range. Off‑road elements create a visual contrast to the base model. The ŠKODA FABIA MONTE CARLO celebrates its premiere in 2011. In just over seven years of production, a total of 1,704,100 second generation ŠKODA FABIAs have been delivered to customers.

In 2014, following in the footsteps of the ŠKODA RAPID and ŠKODA OCTAVIA, the third-generation ŠKODA FABIA is  the third ŠKODA model to exhibit the brand’s new dynamic and emotive design language. Furthermore, it impresses with state-of-the-art safety and infotainment systems. The ŠKODA FABIA III also immediately becomes a firm favourite in its segment. To date, 688,500 vehicles have already been delivered to customers. The current update further sharpens the distinctive profile of the small car and will seamlessly build upon the success of its predecessors. The signs are good, demand for the ŠKODA FABIA continues to be high – the proof is in the sales figures, which have been rising steadily since the current generation launched in 2014. 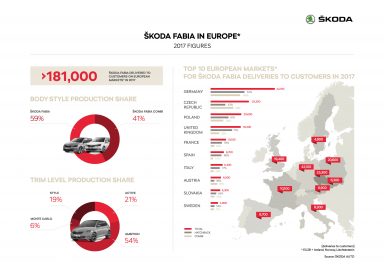 In total, ŠKODA has delivered 4,183,500 units of the ŠKODA FABIA and ŠKODA FABIA COMBI to customers since 1999. This makes the small car an important pillar for the success of the Czech car manufacturer.

Germany is the most important sales market for the ŠKODA FABIA. Here, in 2017 a total of 42,100 vehicles were delivered, with the ŠKODA FABIA COMBI accounting for almost half of all sales (19,600 vehicles, 46.5 per cent).

With 25,300 vehicles, the ŠKODA FABIA’s home market – the Czech Republic – follows in second place and Poland ended up in third place with over 20,600 vehicles, narrowly beating the United Kingdom (19,350 vehicles).

The ŠKODA FABIA is not only well known as a passenger car but also well respected in motorsport. The ŠKODA FABIA R5 is the most successful racing car in the history of ŠKODA AUTO. Homologated on 1 April 2015, the ŠKODA FABIA R5 started its extraordinary rise to the top of the WRC 2 category. So far, 223 ŠKODA FABIA R5s have been delivered to 89 customers in 31 countries. Participating in rallies in 59 countries they have achieved a total of 524 victories to date. 2017 was the most successful year ever for ŠKODA Motorsport: Pontus Tidemand and co-driver Jonas Andersson became WRC 2 champions, ŠKODA Motorsport also won the WRC 2 Team Championship. Czech champions Jan Kopecký and Pavel Dresler were the spearhead of a total of 14 crews who won their country’s national titles. In the 2018 season, ŠKODA crews have won 7 out of 8 rounds of the FIA World Rally Championship (WRC 2) and are leading the Championship. 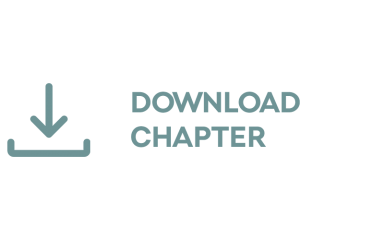 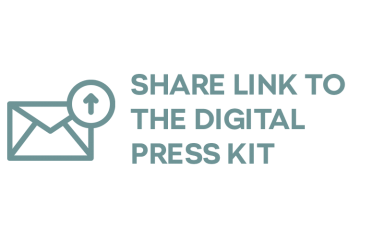 The specified fuel consumption and emission data have been determined according to the measurement procedures prescribed by law. Since 1st September 2017, certain new vehicles are already being type-approved according to the Worldwide Harmonized Light Vehicles Test Procedure (WLTP), a more realistic test procedure for measuring fuel consumption and CO₂ emissions. Starting on September 1st 2018, the New European Driving Cycle (NEDC) will be replaced by the WLTP in stages. Owing to the more realistic test conditions, the fuel consumption and CO₂ emissions measured according to the WLTP will, in many cases, be higher than those measured according to the NEDC. We are currently still required by law to state the NEDC figures. In the case of new vehicles which have been type-approved according to the WLTP, the NEDC figures are derived from the WLTP data. It is possible to specify the WLTP figures voluntarily in addition until such time as this is required by law. In cases where the NEDC figures are specified as value ranges, these do not refer to a particular individual vehicle and do not constitute part of the sales offering. They are intended exclusively as a means of comparison between different vehicle types. Additional equipment and accessories (e.g. add-on parts, different tyre formats, etc.) may change the relevant vehicle parameters, such as weight, rolling resistance and aerodynamics, and, in conjunction with weather and traffic conditions and individual driving style, may affect fuel consumption, electrical power consumption, CO₂ emissions and the performance figures for the vehicle.