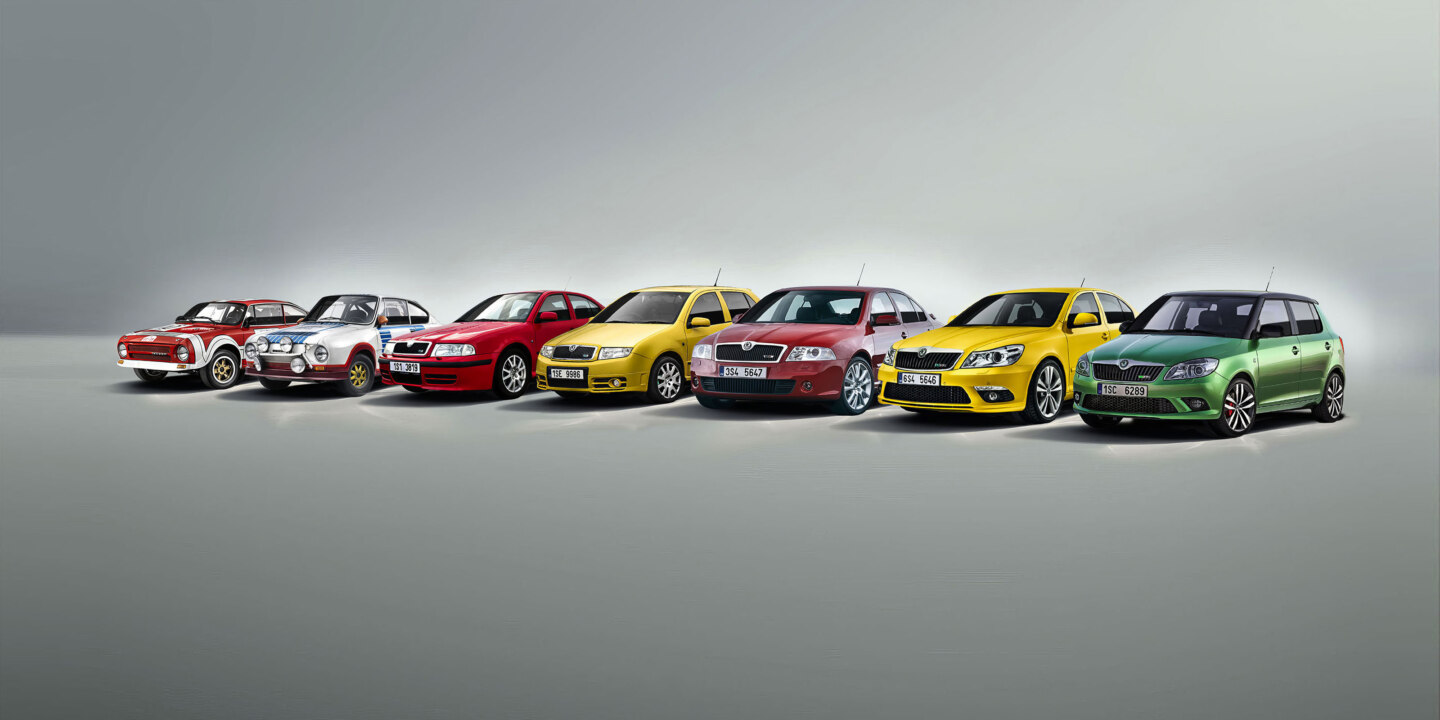 › The Czech carmaker can look back on 121 years of motorsport tradition
› Legendary ŠKODA 130 RS takes class victory at the 1977 Monte Carlo Rally
› The ŠKODA FABIA Rally2 and Rally2 evo are among the world’s most successful rally vehicles in their category with over 1,900 victories
› Twelve World Championship titles for ŠKODA Motorsport and its customer teams from 2015 to 2022

Mladá Boleslav, 11 October 2022 – For the past 121 years, ŠKODA has been a force to be reckoned with on racing circuits and rally tracks around the world. Among the legends in the brand’s long history in motorsport is the ŠKODA 130 RS, which celebrated a double victory in its class at the famous 1977 Monte Carlo Rally, establishing the brand’s RS tradition. From 2015 to 2022, the Rally2 and Rally2 evo dominated the WRC2 category in rallying. With over 1,900 victories, twelve world championship victories and numerous other regional and national titles around the globe, they are among the world’s most successful rally cars in their category.

ŠKODA’s motorsport history – like the history of the company itself – began on two wheels, with the Slavia Type B motorbike. In November 1899, four years after founding the company, Václav Laurin and Václav Klement added the first motorbikes to their range alongside bicycles. In June 1901, they completed their first race, the 1,196-kilometre long-distance race from Paris to Berlin, held in three stages. After WWI, the Mladá Boleslav-based brand entered its first racing cars and achieved the first major success in January 1936 when the ŠKODA POPULAR came second in the legendary Monte Carlo Rally in the class up to 1,500 cm³.

Successes in the post-war period

Following WWII, ŠKODA quickly returned to the racetracks. In July 1948, three ŠKODA 1101 Tudor cars celebrated a triple victory in the touring car class up to 1.1 litres in the comeback of the 24-hour race in Spa, Belgium. The original OCTAVIA went on to win its class three times in a row at the Monte Carlo Rally from 1961 to 1963.

The first RS racing cars and the legendary ŠKODA 130 RS

ŠKODA’s first RS racing cars in the 1970s marked the beginning of another successful chapter in motorsport history: 1974 saw the creation of two rally prototypes, the ŠKODA 180 RS and 200 RS. In 1975, the ŠKODA 130 RS superseded these two models. Dubbed the ‘Porsche of the East’, it celebrated a double victory in its class at the 1977 Monte. The coupé later won its class three times at the Acropolis Rally (1978, 1979 and 1981). The ŠKODA 130 RS was also extremely successful on the circuit, winning the manufacturers’ title in the European Touring Car Championship in 1981. The revised ŠKODA 130 LR continued to compete in various rallies well into the 1980s, taking sixth place overall in the 1986 Sanremo Rally, for example, and overall victory in the Turkey Rally – part of the European Championship – in the same year.

ŠKODA entered the 1990s with several new models. First, the FAVORIT celebrated four class victories in a row at the Monte Carlo Rally, from 1991 to 1994, with the final two being double victories. Its successor, the FELICIA, also triumphed at the Monte in 1997. Against the background of these successes, ŠKODA decided to enter the top class of the World Rally Championship with the OCTAVIA WRC, the first ŠKODA rally vehicle with four-wheel drive. It was replaced in 2003 by the FABIA WRC, which was based on the first-generation FABIA. The carmaker introduced its successor in 2009 with the rally variant FABIA SUPER 2000. The vehicle celebrated a Monte class victory in 2013 and another four podium finishes between 2010 and 2015.

FABIA Rally2 and Rally2 evo: The most successful rally vehicles in their category

In 2015, ŠKODA presented the FABIA R5, which has gone on to become the world’s most successful rally car in its category, dominating the WRC2 category. Following a change in the regulations, this four-wheel drive model based on the third-generation FABIA was later renamed FABIA Rally2. In 2019, ŠKODA Motorsport launched the FABIA R5 evo (today known as FABIA Rally2 evo), an upgraded version of its successful model.  By October 2022, the over 470 units in total of both models built by ŠKODA Motorsport had achieved more than 1,900 victories, including four triumphs at the Monte Carlo Rally, and 4,650 podium finishes in 14,440 event starts worldwide. ŠKODA Motorsport and its customer teams have celebrated a total of twelve World Championship titles in driver and team categories with the FABIA R5/Rally2 and its evo versions, along with numerous other titles in Europe, the Asia-Pacific region and in national championships around the world.

Follow us at twitter.com/skodaautonews for all the latest news. All the content on ŠKODA’s RS models can be found at #SkodaRS. 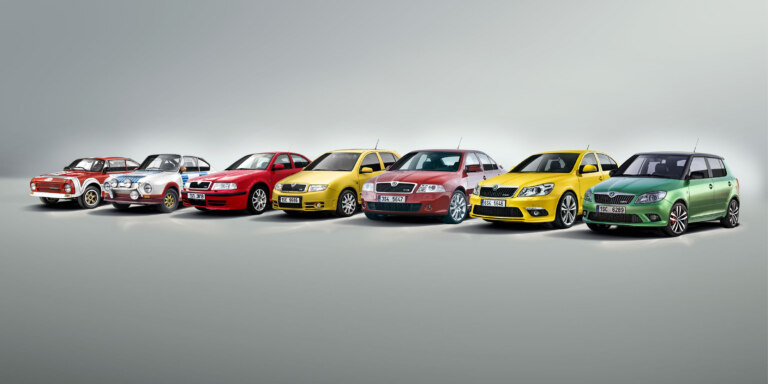 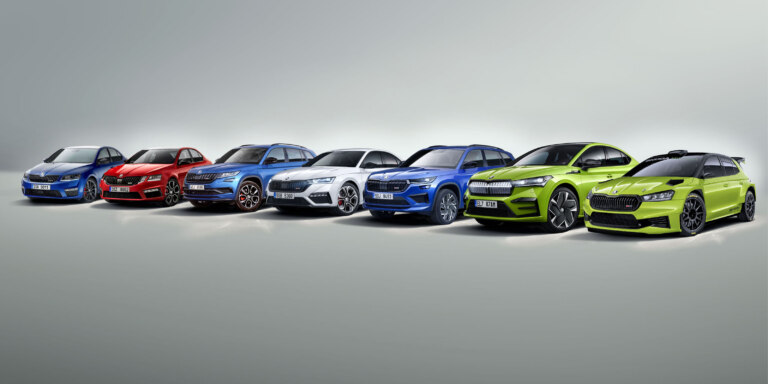 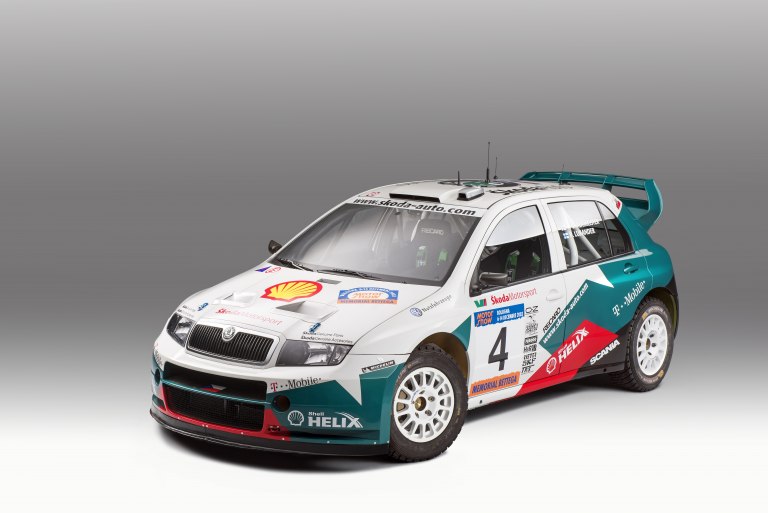 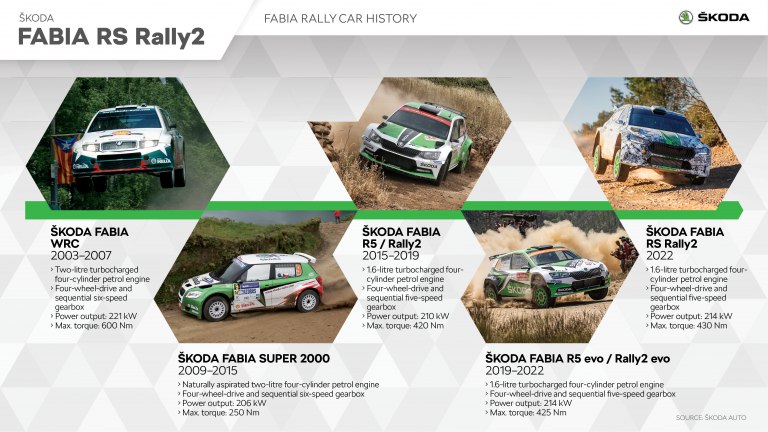