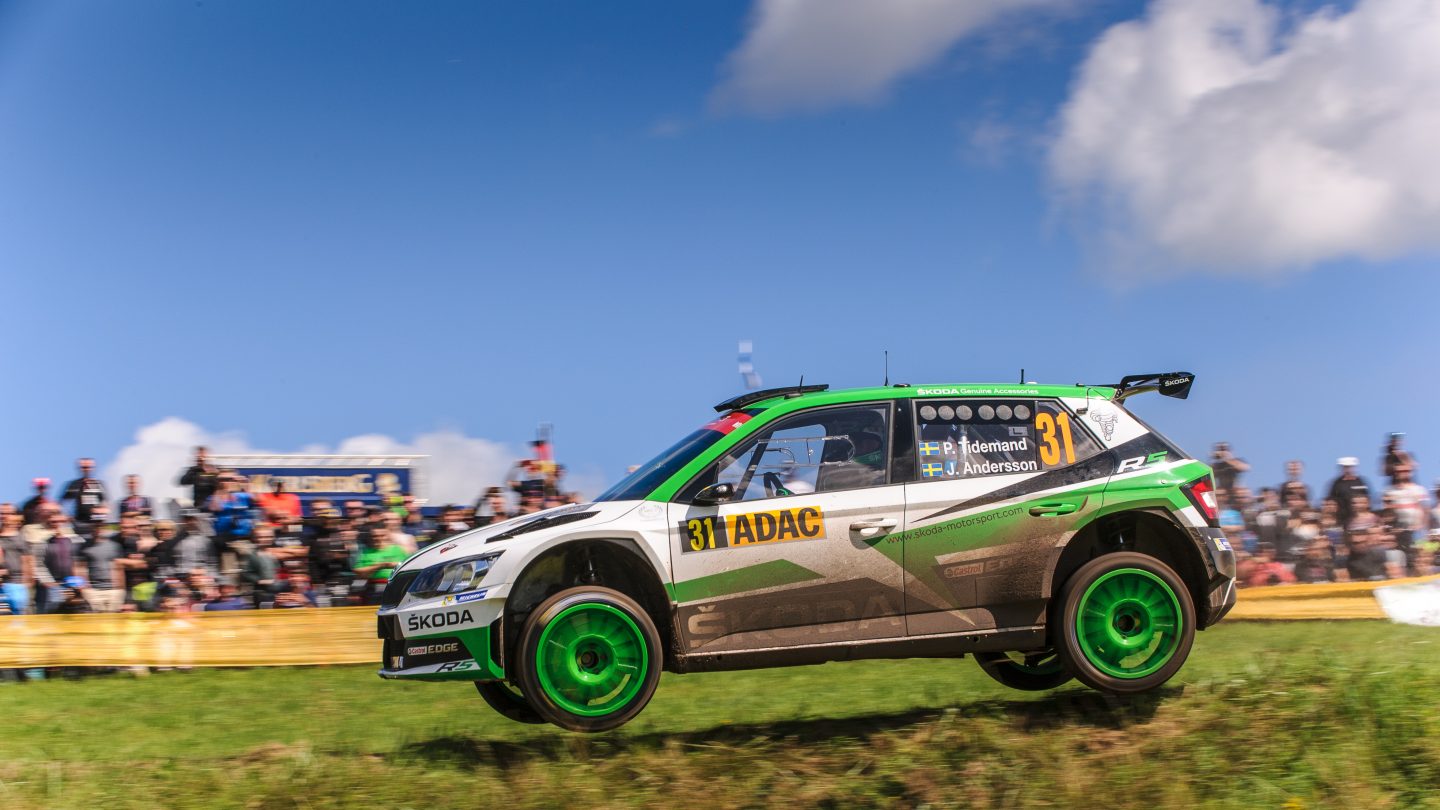 › Pontus Tidemand and Jonas Andersson have to manage 52 kilometres and four special stages on the last day of ADAC Rallye Deutschland to win the WRC 2 Championship
› ŠKODA Motorsport in the best position to become Team Champion in WRC 2 as well
› Jan Kopecký and Pontus Tidemand suffered punctures turning the intermediate double lead for ŠKODA into second and third position
› ŠKODA Motorsport boss Michal Hrabánek: “It was bad luck for both Jan and Pontus. But we are still on track to fix both WRC 2 titles on the final day of the rally.”

Bosen/Germany, 19 August 2017 – ŠKODA Motorsport crews Jan Kopecký/Pavel Dresler (CZE/CZE) and Pontus Tidemand/Jonas Andersson (SWE/SWE) lost their double lead on the second day of ADAC Rallye Deutschland. After both suffered punctures on the longest stage of the rally, the notorious Panzerplatte, Jan Kopecký dropped from the lead to second position at the end of the day. Meanwhile Pontus Tidemand is holding third place and still is in the best position to prematurely win the World Rally Championship in WRC 2. At the same time ŠKODA Motorsport can secure the WRC 2 Team Championship. 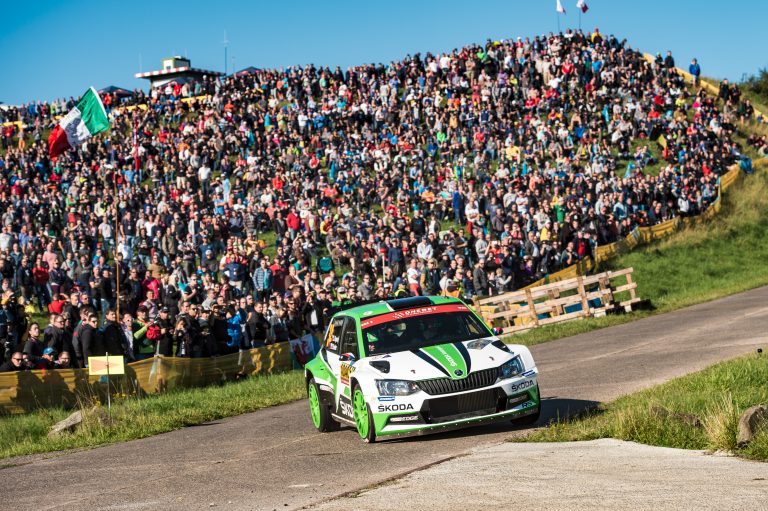 After heavy rainfalls during the first leg on Friday, blue sky and sunshine were overlooking the toughest day of ADAC Rallye Deutschland, tenth round of the FIA World Rally Championship 2017. The famous military area of Baumholder was waiting with fast and rough concrete tracks, usually used by tanks. Twice nearly 42 kilometres of “Panzerplatte” were the most demanding tests on Saturday.

WRC 2 leaders Jan Kopecký/Pavel Dresler (CZE/CZE) had a smooth and trouble-free run during the first loop with their ŠKODA FABIA R5, while teammates Pontus Tidemand/Jonas Andersson (SWE/SWE) ran into problems. On the last quarter of the 42 kilometres long stage, a tyre deflated. “I really didn’t hit anything. The right rear tyre went flat, came off the rim and caused some damage to the bodywork of the car,” commented Tidemand. He managed to finish the stage with a time loss of around 50 seconds and dropped from second to third in the category. His ŠKODA FABIA R5 proved again to be rock solid after the cosmetic damage has been repaired at the midday service, he could restart for the second loop. His main rival Teemu Suninen also suffered a puncture but lost more than two and a half minutes. “Now we are in the standings in the middle of nowhere, I have to stay concentrated and to bring the car to the finish”, said the Swedish ŠKODA driver.

On the second run of the long Panzerplatte stage, Jan Kopecký and Pavel Dresler got a puncture. But they changed the tyre in a record fast time of less than one and a half minutes and continued their drive. “I was braking on the racing line and suddenly on the next corner, the front left tyre was flat and we had to stop and change it,” commented the Czech Rally Champion.

“It was bad luck for Jan and Pontus, but that’s rallying. Now we want to fix the WRC 2 title on the final day of the rally,” said ŠKODA Motorsport boss Michal Hrabánek.

Pontus Tidemand and Jonas Andersson only have to master the remaining four special stages of roughly 52 kilometres during Sunday. Their task is clear: Finishing not lower than fourth in the category, while main rival Teemu Suninen must not win WRC 2.