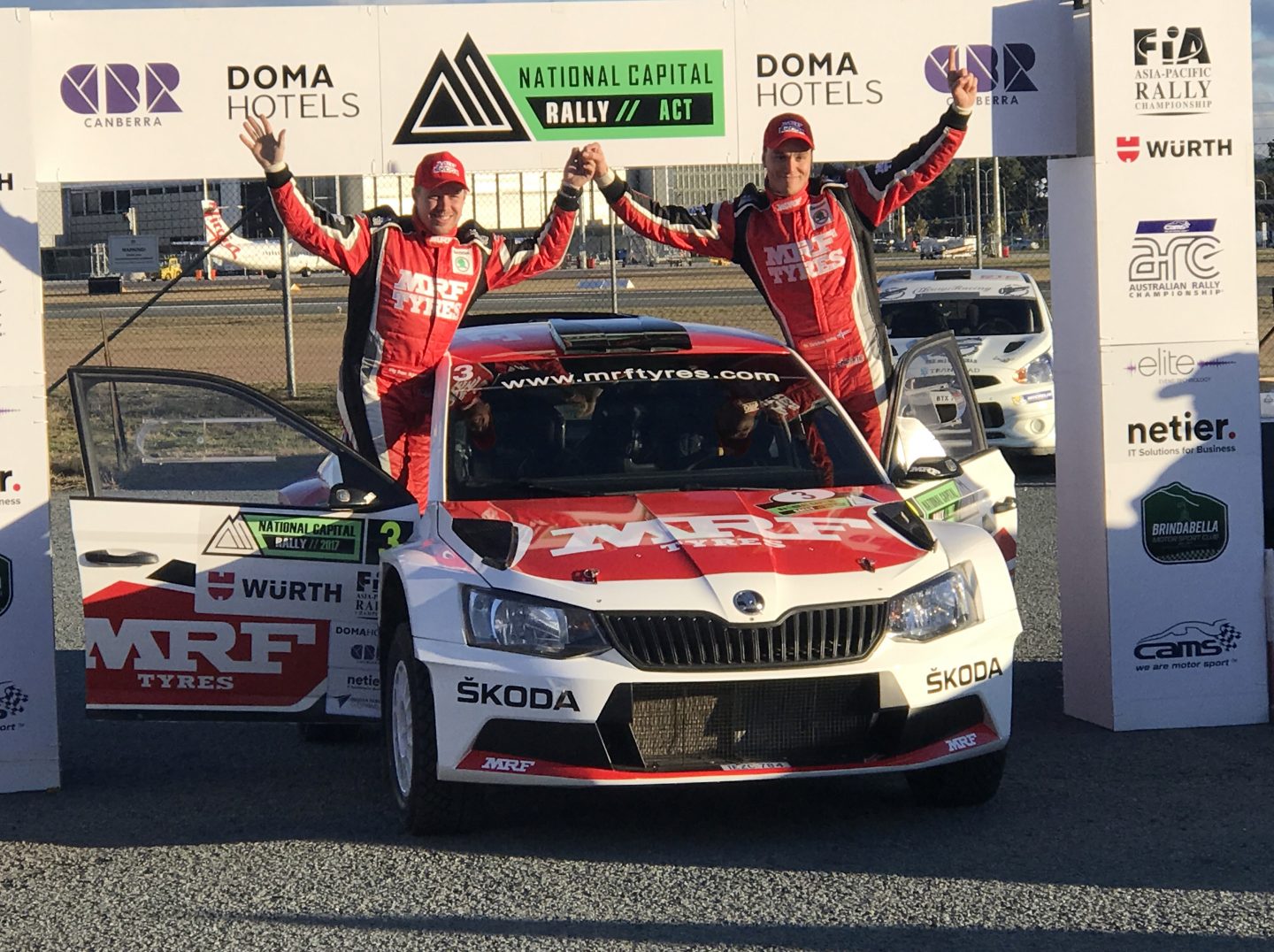 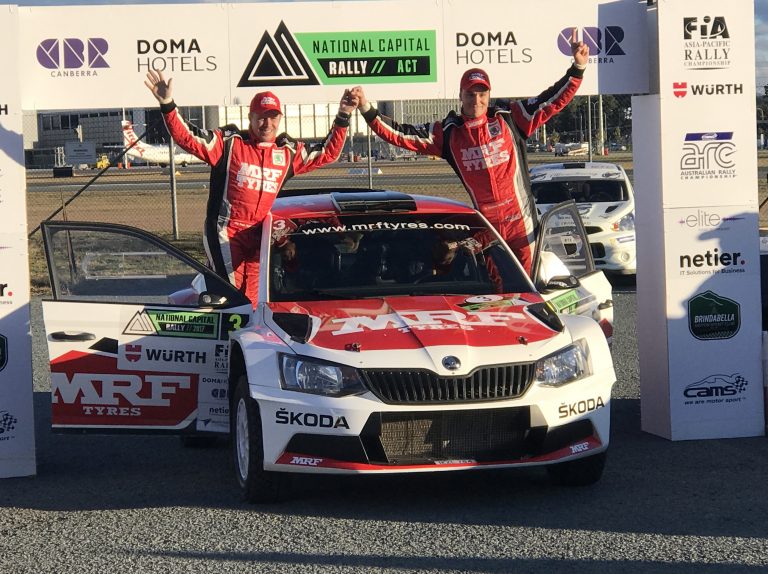 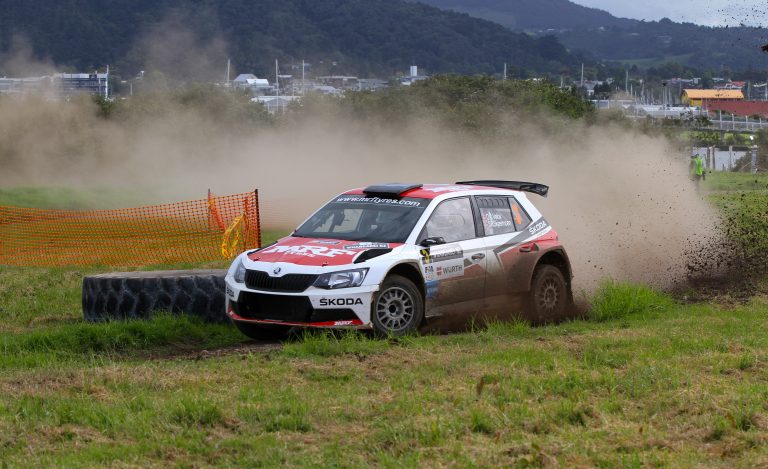 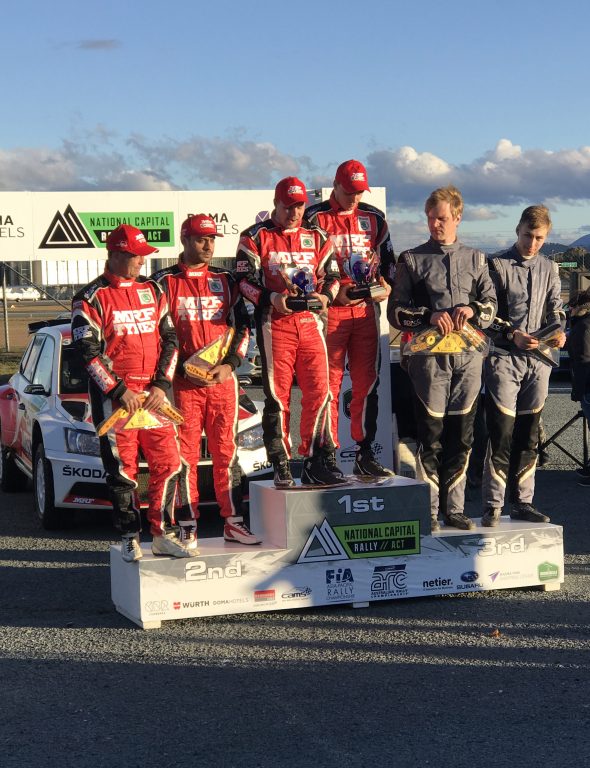 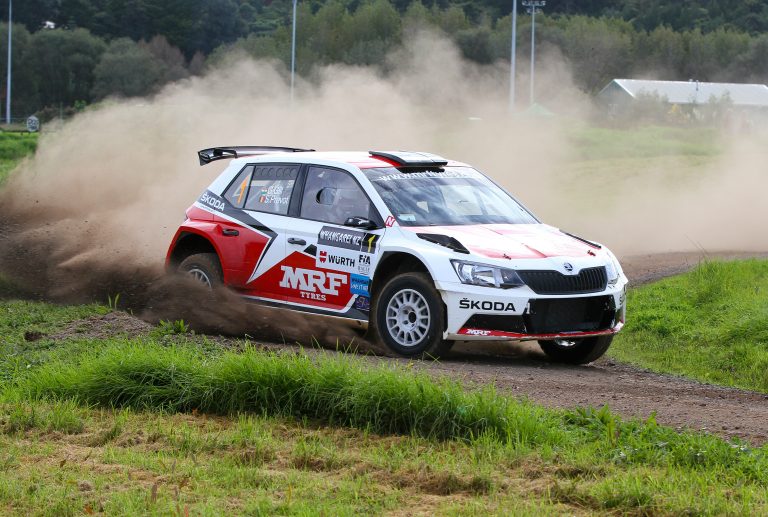 The second round of the 2017 FIA Asia-Pacific Rally Championship (APRC) took place around the host city of Canberra, the capital of Australia some 300 kilometres northwest of Sydney. In the past the Australian round of APRC was held around Queensland. After the event’s switch to the Canberra region none of the APRC regulars had the advantage of already knowing the event. Also for Team ŠKODA MRF and their drivers Gaurav Gill and Ole Christian Veiby the rally was completely new.

Two equally well prepared ŠKODA FABIA R5 and unknown stages were the ingredients for an epic fight between both ŠKODA MRF drivers. Reigning APRC champion Gaurav Gill scored the fastest time on the opening stage, but Ole Christian Veiby immediately fought back with the fastest time on the next one. The lead changed several times during day one. Gill scored four stage wins, Veiby three. At the end of leg one Veiby was in the lead with a margin of just eleven seconds. Gill struggled during the day with a small hole in the intercooler, probably causing some power loss and was not satisfied with the set up of his car. Veiby was totally happy: “Today has been really good. I have enjoyed the rally a lot so far, it’s something special. We had our issues as well today with a small puncture at the end of a stage, but all is going well.”

At the evening service Gaurav Gill made some changes to the set up of his ŠKODA FABIA R5, but unfortunately they went into the wrong direction. As a consequence during the second leg Gill and co-driver Stéphane Prévot were no longer able to fight for victory. On the remaining five stages of the rally (stage 13 was cancelled due to weather affected roads) Ole Christian Veiby/Stig Rune Skjaermœn scored three fastest times on the way to their maiden APRC victory.

At the finish in Canberra Ole Christian Veiby was celebrating. “After our bad luck at the opening round of APRC in New Zeeland, I am more than happy to win here in Australia. Thanks to ŠKODA MRF for giving me such a fantastic car. My ŠKODA FABIA R5 was running like clockwork”, Veiby concluded.

After two APRC rounds Ole Christian Veiby is leading the overall classification ahead of teammate Gaurav Gill. Due to logistical reasons, the scheduled next rally in China has been cancelled.
Therefore Malaysia and the city of Johor Bahru will host the third round of the Championship in August.