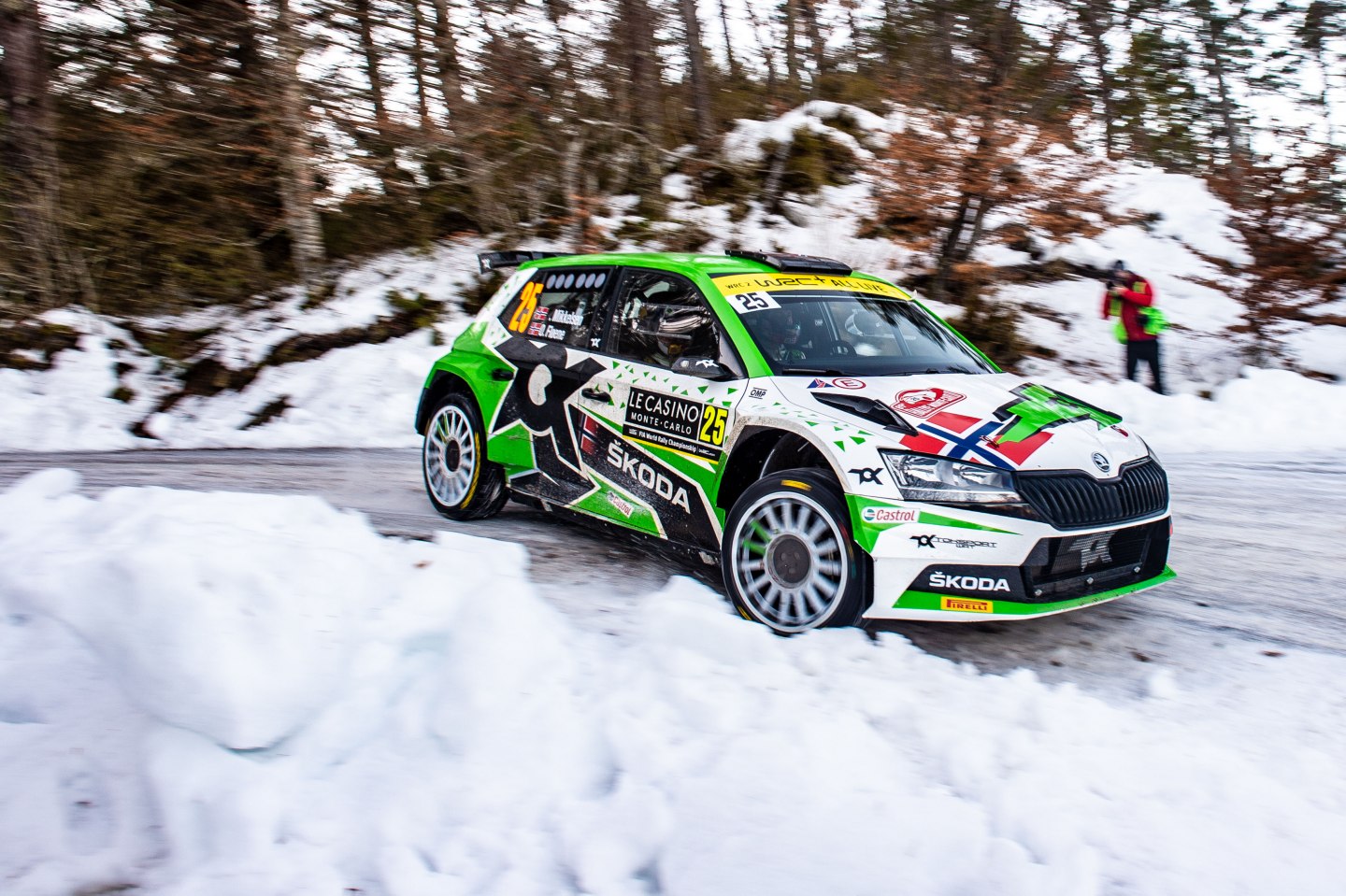 › Norwegian crews Andreas Mikkelsen/Ola Fløene and Eyvind Brynildsen/Veronica Engan compete in the second round of FIA World Rally Championship for ŠKODA Motorsport supported team Toksport WRT
› Record entries in the group of 39 Rally2 vehicles; with 22 entered cars ŠKODA is once again by far the most popular brand
› Rovaniemi based Arctic Rally Finland is the latest newcomer to the world championship
› ŠKODA is “Official Car of Arctic Rally Finland”

Mladá Boleslav, 25 February 2021 – Arctic Rally Finland (26– 28 February 2021) promises exciting battles on ice and snow at its premiere as part of the FIA World Rally Championship. Right in the middle of the 39 strong field of Rally2 cars: WRC2 overall leaders Andreas Mikkelsen and co-driver Ola Fløene. Entered by reigning WRC2 Team Champion Toksport WRT and supported by ŠKODA Motorsport, the Norwegians compete the entire season in the WRC2 category of the FIA World Rally Championship 2021. For the Arctic Rally Finland, the second ŠKODA FABIA Rally2 evo of Toksport WRT will be in the hands of fellow Norwegians Eyvind Brynildsen and co-driver Veronica Engan.

After the cancellation of Rally Sweden, Arctic Rally Finland jumped in. On national level, the pure winter event, based in Rovaniemi close to the Arctic Circle, is a drivers’ favourite since years. In the group of Rally2 vehicles alone, a record number of 39 entries speaks for itself, making up well over half of the entire field. The venue again promises perfect winter conditions. The icy forest roads are lined with solid snow walls. Not unlike a bobsleigh, the drivers lean their cars against these banks to achieve even higher cornering speeds.

Andreas Mikkelsen leads the WRC2 championship standings after driving the Toksport WRT ŠKODA FABIA Rally2 evo to the category win at Rallye Monte-Carlo. The Norwegian is a master of this special cornering technique like many of the top drivers. “Drifting over ice and snow in an all-wheel-drive car is the dream of every rally driver. But I know exactly how tough it will be to win the WRC2 category in Rovaniemi. Lots of top drivers, especially Esapekka Lappi, will make my life really difficult,” Mikkelsen looks ahead. At that time driving a ŠKODA FABIA R5, Lappi was overall winner of the WRC2 category of the FIA World Rally Championship back in 2016.

Toksport WRT team boss Serkan Duru adds: “The season opener in Monte Carlo was very positive for us. We are leading the drivers’ and team standings in the WRC2 category. Andreas is simply a world-class driver who, thanks to his experience and professionalism, brings our team really forward.” Replacing Toksport WRT’s regular crew of Marco Bulacia/Marcelo Der Ohannesian (BOL/ARG), the team’s second ŠKODA FABIA Rally2 evo this time will be shared by Norwegians Eyvind Brynildsen and co-driver Veronica Engan.

The first leg of the Arctic Rally Finland starts on Friday (26 February) at 13h30 local in Rovaniemi. The first two special stages each run over more than 31 kilometres. Six more stages follow on Saturday (27 February). Sunday (28 February) features two more tests, adding up to a total of ten special stages covering around 251 kilometres. Due to the measures against the spread of the coronavirus, spectators are not allowed at the Arctic Rally Finland.

ŠKODA, which celebrates 120 years in motorsports in 2021, has a long and successful history in Scandinavian winter rallies. The 24th International Swedish Rally back in 1973 actually saw the debut of the Czech brand on world championship level. That year, the event counted as second round towards the newly founded World Rally Championship. On the entry list: John Haugland and co-driver Arild Antonsen in Haugland’s own ŠKODA 110 L. The Norwegian crew won the class, impressively finishing eighth overall. Two years later, Haugland drove a ŠKODA 120 S to another class win and even seventh overall.

Also in the following years, ŠKODA celebrated numerous class victories at Rally Sweden. Successful models included the ŠKODA 130 RS (1978 with the crew Haugland/ Holmes and 1980 with Haugland/ Vegel), the ŠKODA FAVORIT 136 L (1993 with Sibera/ Gross and 1994 with

Triner/ Klíma) and the ŠKODA FELICIA Kit Car (1995 with Triner/ Štanc, 1997 with Triner/Jirátko and 1998 with Rindeby/Ohlson). From 2010 to 2012, teams driving a ŠKODA FABIA S2000 took class victories three times in a row. After the Swedish crews Andersson/Fredriksson and Sandell/Parmander, the eventual FIA World Rally Champions Ogier/ Ingrassia also won with the Czech brand’s four-wheel drive car.

ŠKODA is also the official car supplier to Arctic Rally Finland. Helkama-Auto, ŠKODA’s importer for Finland, is providing organizer AKK Sports with a fleet of SUPERB, KODIAQ, KAROQ, OCTAVIA and SCALA models. ŠKODA is the third best-selling automobile brand on the Finnish market.

…Rovaniemi is the capital of Lapland and is located in northern Finland close to the Arctic Circle?

…the region around Rovaniemi is commonly used by car manufacturers like ŠKODA AUTO to test vehicle prototypes under arctic conditions?

…on the snow-covered forest roads of Arctic Rally Finland, the ŠKODA FABIA Rally2 evo reaches speeds of up to 200 km/h thanks to special studded tires? 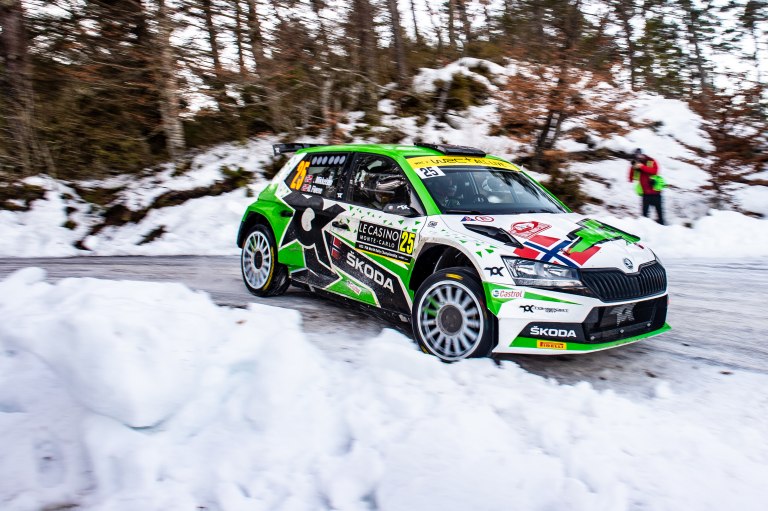 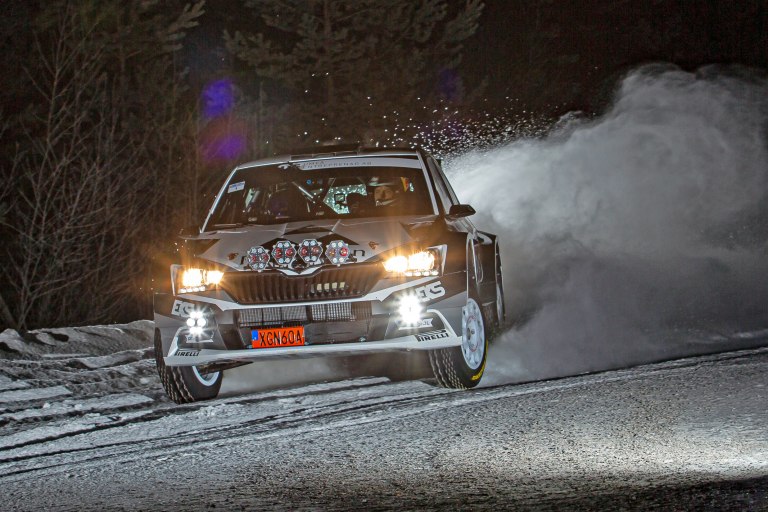 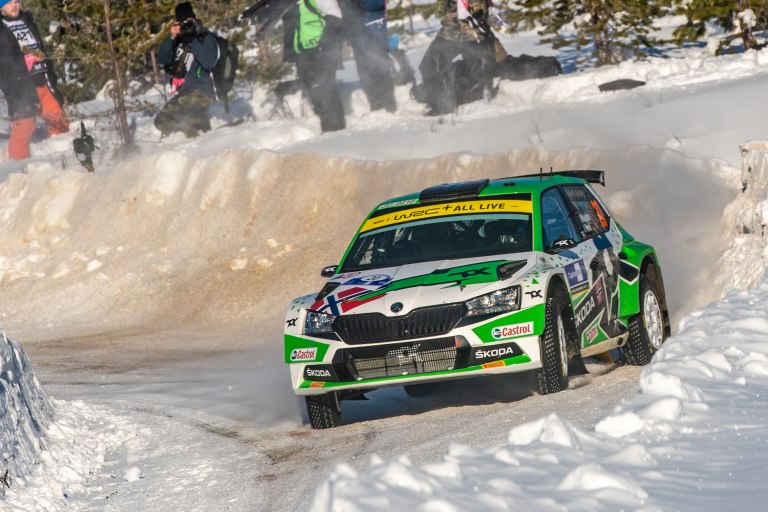 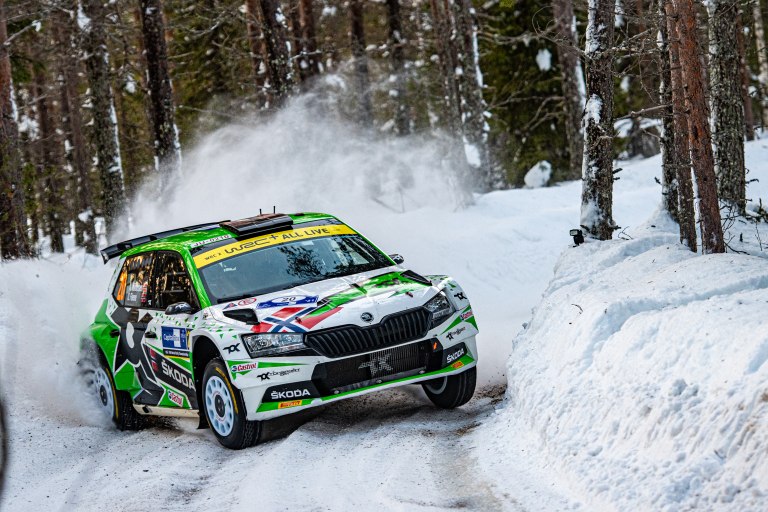 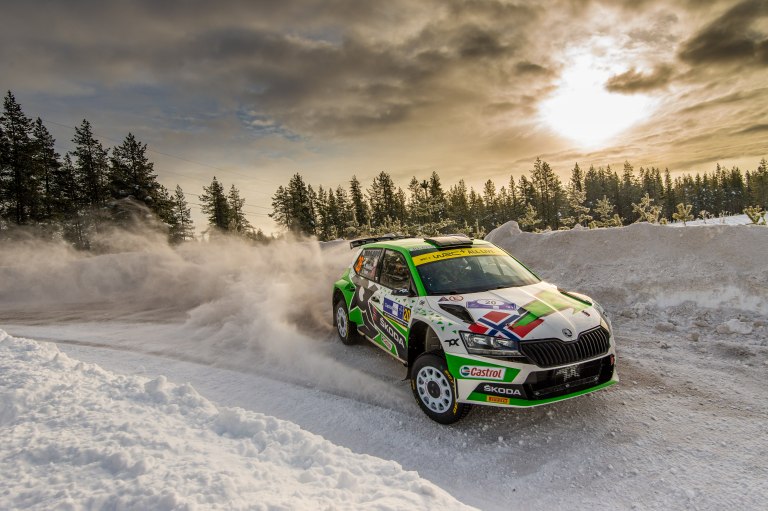