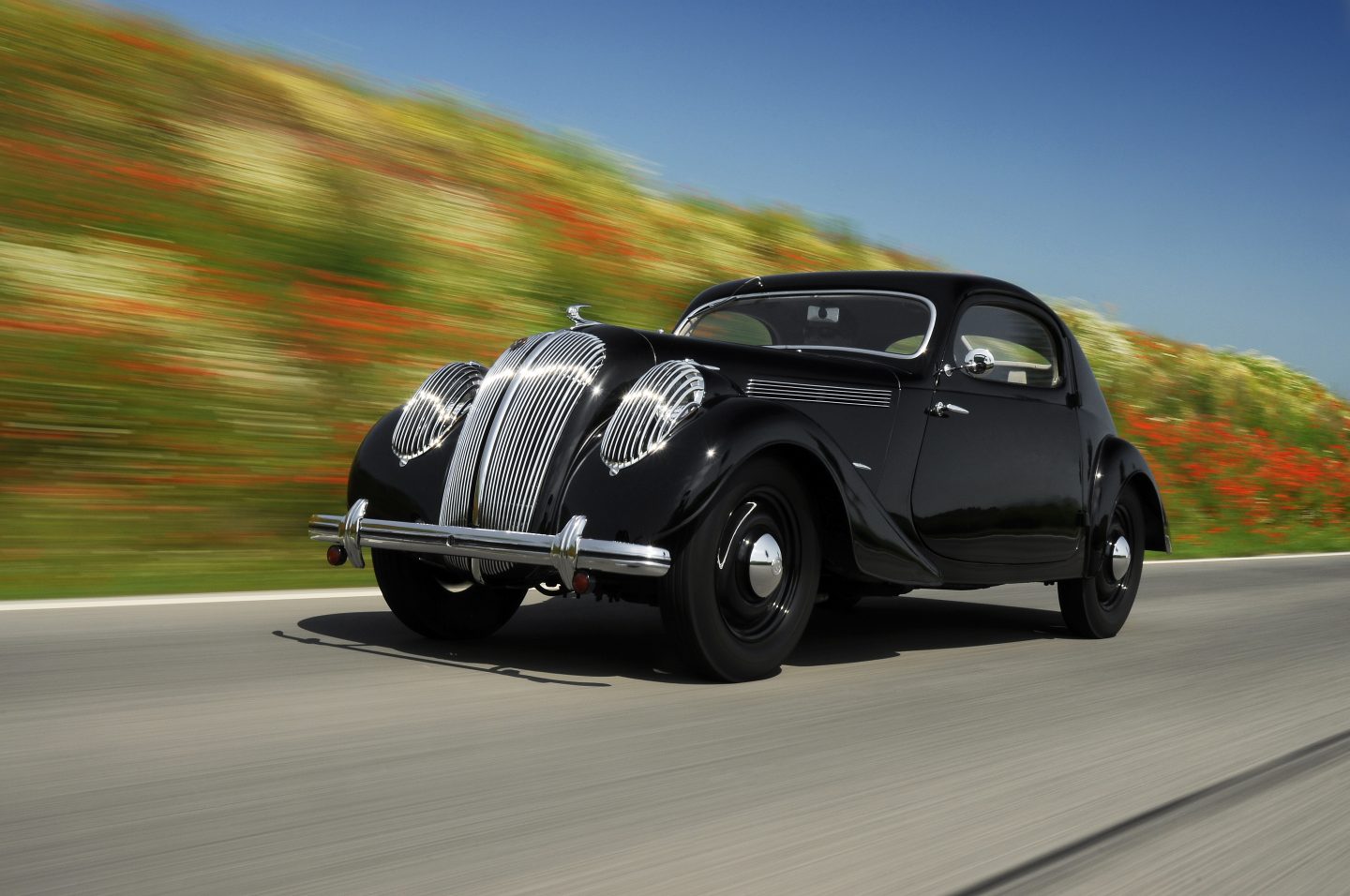 › One of the most important models in ŠKODA’s history celebrates anniversary
› Success in Monte Carlo Rally inspired limited-edition series
› 70 roadsters, convertibles and coupés built between 1936 and 1939
› Innovative chassis with independent suspension and transaxle drive

Mladá Boleslav, 27 September 2016 – One of the most distinctive models in the history of ŠKODA celebrates the 80th anniversary of its motor show premiere: On October 1, 1936, the ŠKODA POPULAR Sport Monte Carlo was presented to visitors of the 20th International Motor Show in Paris. Over the following three years, limited edition sporty roadsters, convertibles and coupés were developed, which are now considered among the most attractive vintage cars to have ever been produced by the brand from Mladá Boleslav. 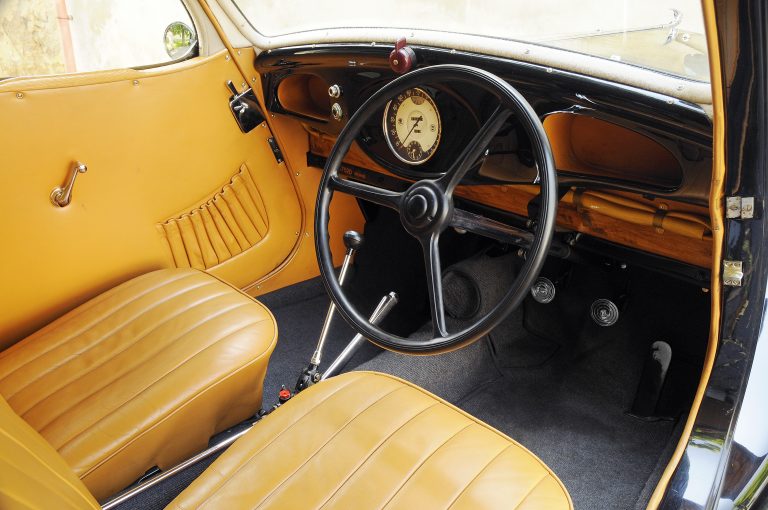 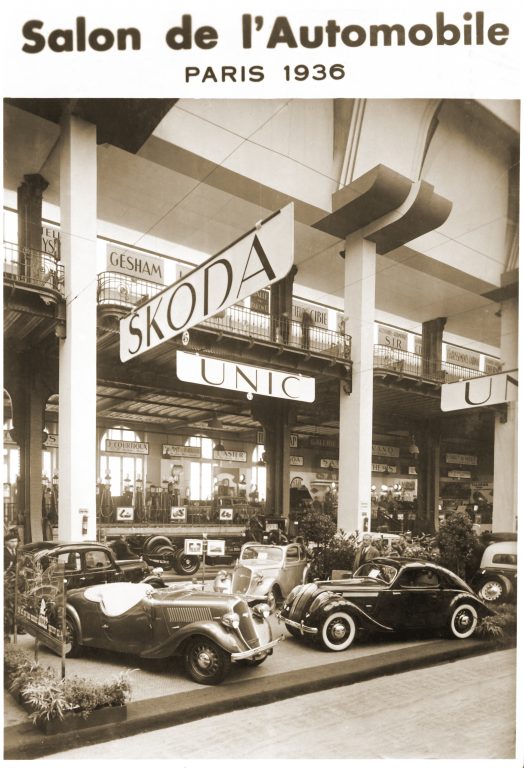 “The extraordinary vehicles of the POPULAR Monte Carlo type are tied to ŠKODA’s successful motorsport involvement 80 years ago, which had begun in 1901,” says Andrea Frydlová, Head of the ŠKODA Museum in Mladá Boleslav. “The limited-edition series was directly derived from the one-off vehicle built for the Monte Carlo Rally in 1936, their buyers benefited from the experience of ŠKODA’s racing department.”

In January 1936, ŠKODA achieved an unusual success in motorsport: The team Zdeněk Pohl / Jaroslav Hausman was virtually unheard of, however, they finished in second place at the Monte Carlo Rally in the <1500 cc class with a modified Roadster ŠKODA POPULAR. The company seized this opportunity to launch a limited series of sports models with a distinctive design – the ŠKODA POPULAR Sport Monte Carlo. Exactly 80 years ago, the model celebrated its motor show premiere at the International Motor Show in Paris.

Much like the rally car, the customer vehicles also had the more powerful four-cylinder engine under the bonnet, with a 1.4-litre displacement and 23 kW (31 hp) from the RAPID model. The three-speed transmission sat above the rear axle, forming a bloc with the differential (transaxle system). The model had a top speed of 110 km/h, and the effective hydraulic brakes completed the sporty disposition of ŠKODA POPULAR Montecarlo. In 1936, the base price of the limited edition model was 28.500 crowns, while the standard Roadster POPULAR 1.0 l / 16 kW (22 PS) started at 18,700 crowns.

The first two vehicles of the ŠKODA POPULAR Montecarlo type were built in July 1936; the last copy – a coupé with dark grey metallic paint – was delivered on 13 January 1939. Of the 70 cars produced, 24 were roadsters in a lighter version with simpler equipment. In addition, 17 comfortable roadsters were produced with handle-operated side windows instead of the attachment windows. 23 coupés, two convertibles, two chassis for the individual body construction and two suspension variants and a range of engines completed the series.

There were two roadsters that were particularly luxurious, which the Czechoslovak government sent to the Yugoslavian Head of State in 1938 – the then 14-year old king Petar II. Karađorđević. Discerning private customers could opt for the two-seater coupé ŠKODA POPULAR Monte Carlo, which cost 35,000 crowns. It was 4.20 meters long, 1.50 meters wide and 1.37 meters high, weighing in at 960 kg.

In October 1937, the facelift model went on sale, its characteristics included a modified suspension and tuning, as well as a longer wheelbase. The compact body featured many aspects of the then streamlined design; the headlights were partially embedded in the wings. Among the prominent clients were the popular actor of the Prague theatre ‘Na Vinohradech’ Otomar Korbelář.

Today about a dozen cars bear the ŠKODA POPULAR Monte Carlo name, and they are among the most sought-after classic cars produced by the brand. In 1968, the newly founded ŠKODA Museum acquired a black coupé dating back to 1937, which subsequently underwent careful restoration at the turn of the century. Since then, the two-seater has been used for presentations on the history of the brand from Mladá Boleslav, it has also taken part in many classic car events. Another copy of the limited edition POPULAR Sport Monte Carlo is currently being restored with great care at the ŠKODA Museum workshop. 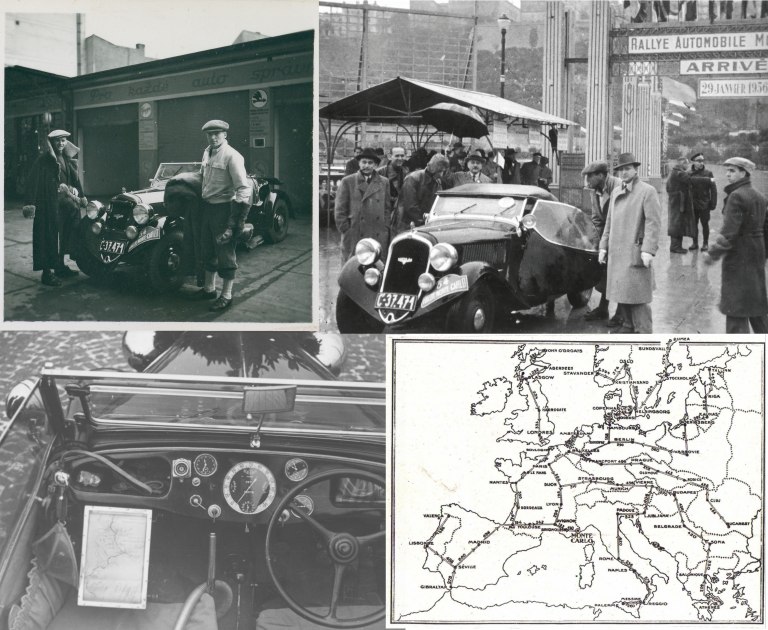 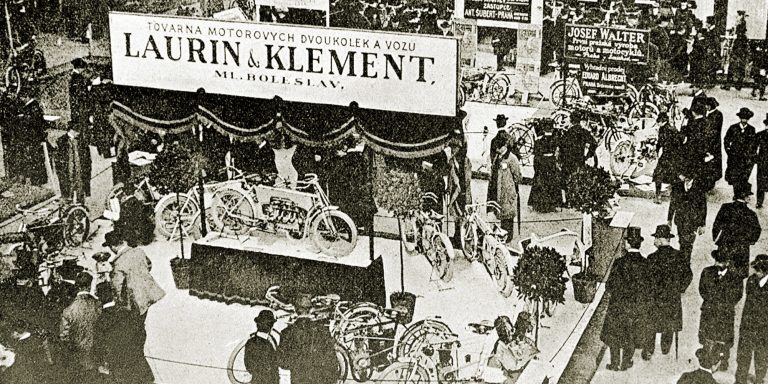