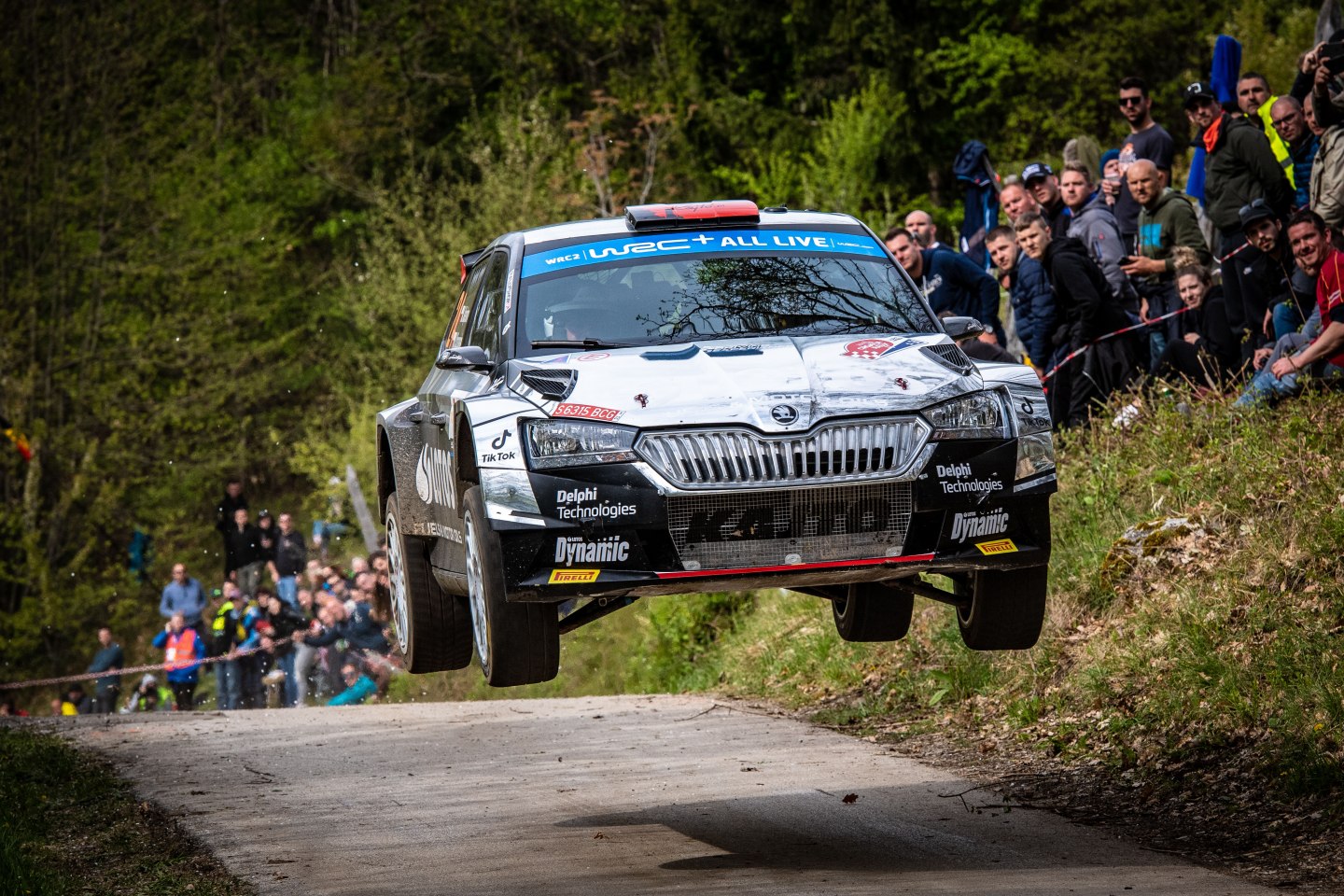 Zagreb, 24 April 2022 – In treacherous conditions, six drivers at the wheel of a ŠKODA FABIA Rally2 evo scored WRC2 championship points at Rally Croatia. Best-placed ŠKODA crew was the Polish duo Kajetan Kajetanowicz/Maciej Szczepaniak in second position in the category. As planned, the third round of the FIA World Rally Championship was not part of Andreas Mikkelsen’s program. After winning the category in Monte‑Carlo and Sweden, the reigning WRC2 Champion from Norway and driver of a ŠKODA FABIA Rally2 evo nevertheless still leads the overall standings.

Rally Croatia was supposed to be a tarmac event. But when heavy rain during the first leg hit the Zagreb region, the usual corner cutting transformed the twisty mountain roads into a mixture of gravel bed and mud hole, with occasional aquaplaning thrown in. As a consequence, numerous spins and punctures shook up the classification.

Initially, Chris Ingram/Craig Drew were the fastest ŠKODA crew. But the FIA European Rally Champion from 2019 and his new co-driver were delayed by a puncture and turbo charger issues. Nikolay Gryazin/Konstantin Aleksandrov took over and brought their ŠKODA FABIA Rally2 evo in second WRC2 position to Friday’s finish. Kajetan Kajetanowicz/Maciej Szczepaniak from Poland followed in fourth ahead of Finns Emil Lindholm/Reeta Hämäläinen in another ŠKODA and the unlucky Britons Ingram and Drew in sixth.

Saturday’s leg brought more changes. When interim third Eric Camilli suffered a puncture, the ŠKODA trio of Kajetanowicz, Lindholm and Ingram gained one position each. During the final leg on Sunday, Kajetan Kajetanowicz/Maciej Szczepaniak advanced to second place in WRC2. But fastest WRC2 driver of Sunday was Emil Lindholm. The reigning Finnish Rally Champion at the wheel of a ŠKODA FABIA Rally2 evo won three of the day’s four stages including the Power Stage, which brought him three extra points. He closed the gap to Kajetanowicz to less than ten seconds, but in the end had to be content with third position in the WRC2 Open classification.

Next stop for the FIA World Rally Championship is Porto on the Atlantic coast, home of Vodafone Rally de Portugal (19-22 May 2022).

Number of the rally: 20
Twenty ŠKODA FABIA in Rally2 spec started Rally Croatia. In other words: 30 per cent of all competitors in all categories put their trust in the reliable rally car from Mladá Boleslav. 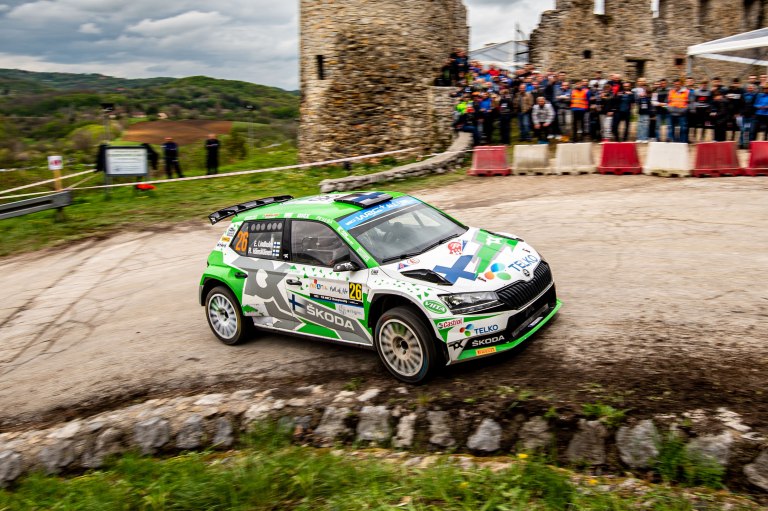 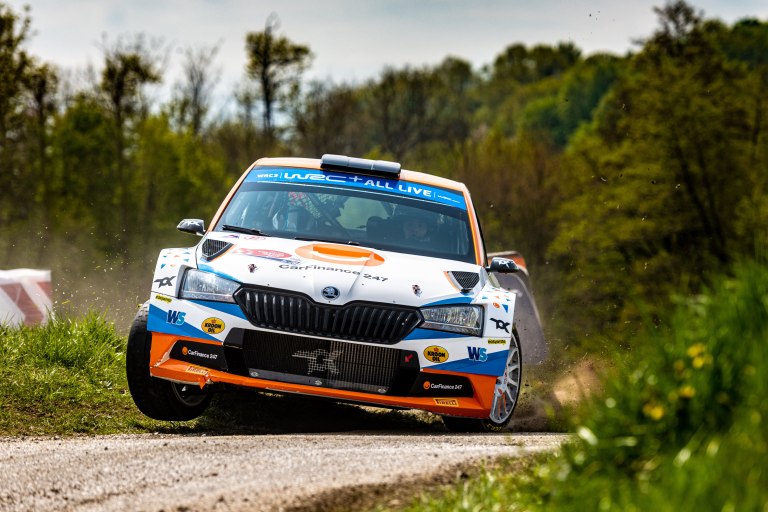 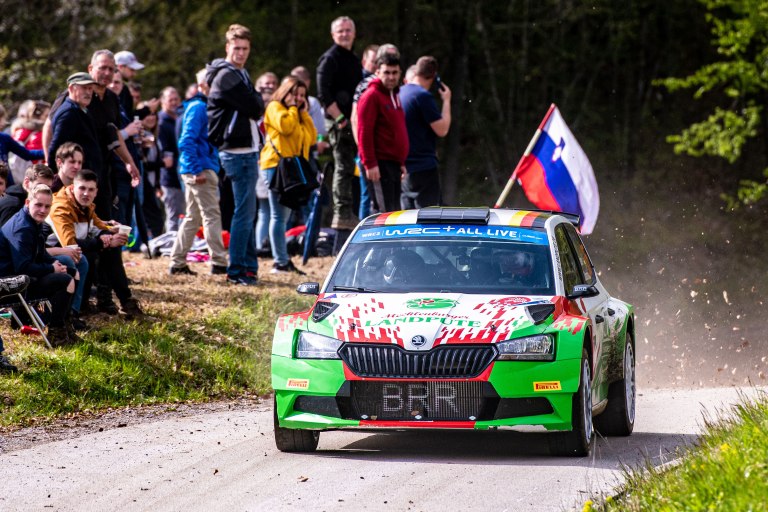 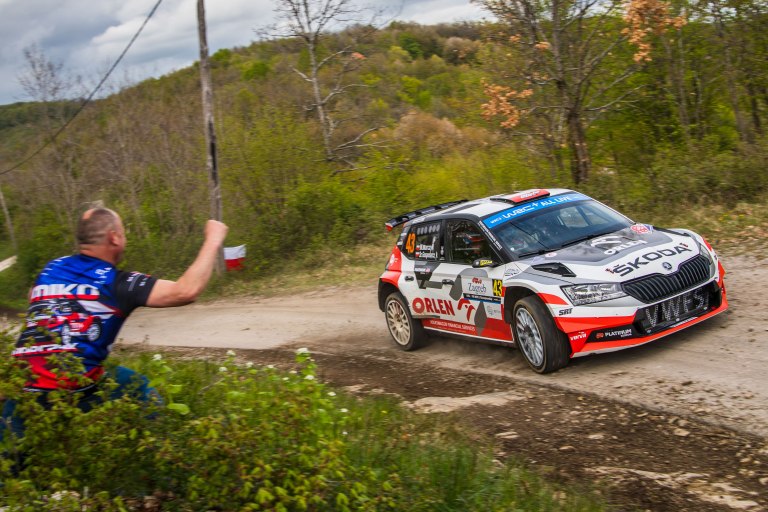