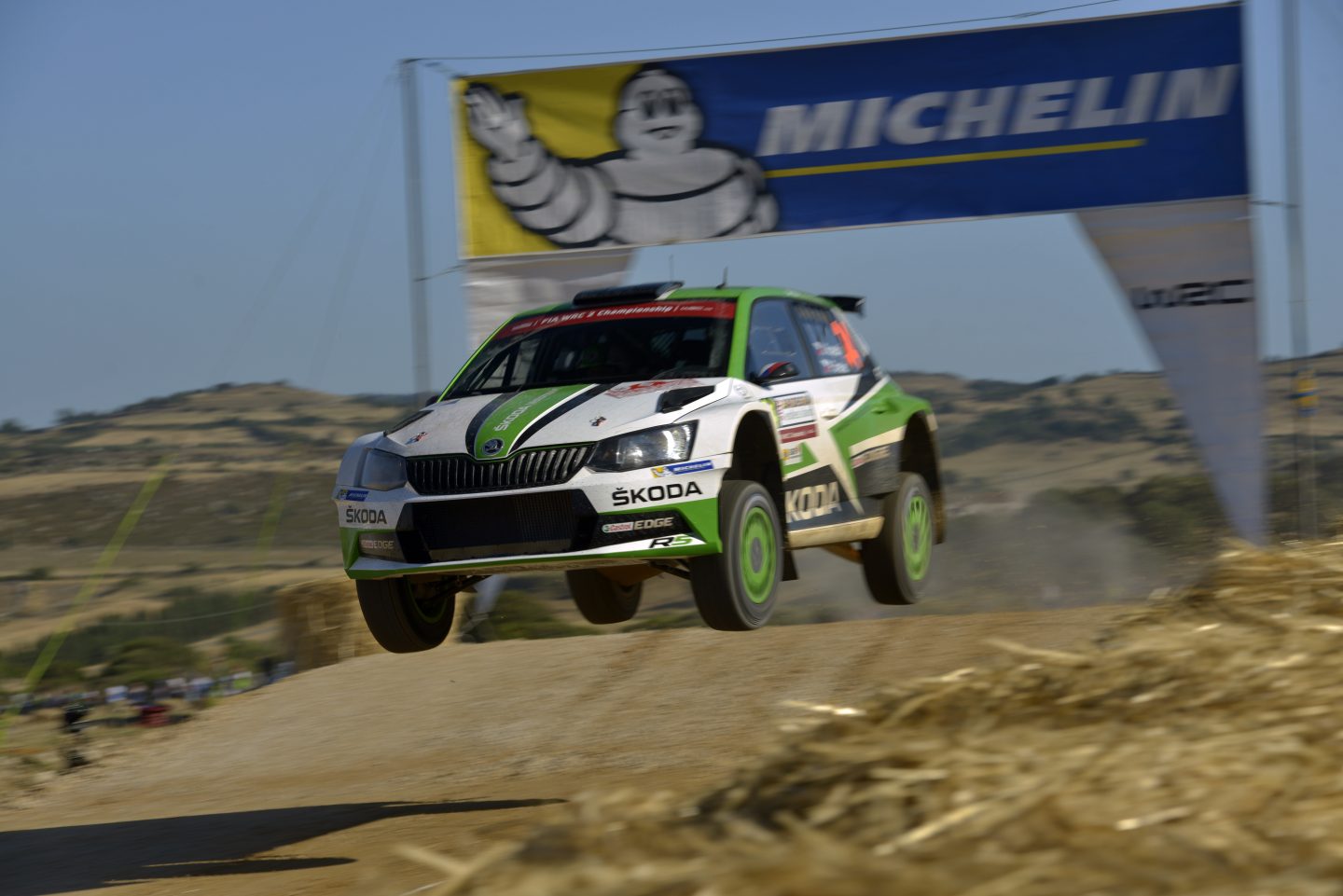 › Jan Kopecký and Pavel Dresler (ŠKODA FABIA R5) took the lead in the first stage of the morning at the seventh round of the World Rally Championship (WRC 2) in Italy
› Ole Christian Veiby/Stig Rune Skjaermœn with their private ŠKODA FABIA R5 in second position
› Kopecký and Veiby are fighting for the second place in WRC 2 championship standings
› ŠKODA Motorsport boss Michal Hrabánek: “Our ŠKODA FABIA R5 proved again how fast and realiable it is.”

Alghero/Italy, 9 June 2017 – Jan Kopecký and Pavel Dresler (ŠKODA FABIA R5) took the lead on the first stage on a sunny Friday morning at Rally Italia Sardegna. Championship-Leaders Pontus Tidemand and Jonas Andersson (SWE/SWE) are taking a break from WRC 2 and will return to the next WRC 2 round, the Rally of Poland. Their Teammates Jan Kopecký and Pavel Dresler (CZE/CZE) can move to second place in the Championship standings if they win against their stablemates Ole Christian Veiby/Stig Rune Skjaermœn (NOR/NOR) in their private entered Printsport ŠKODA FABIA R5. 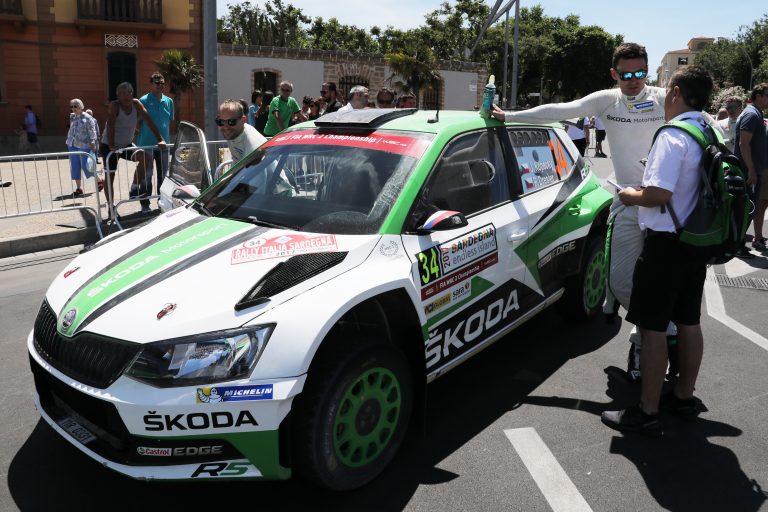 After the Rally Acropolis was removed from the WRC calendar, the Rally Italia Sardegna is considered as the toughest gravel event in the championship. The Friday featured four tough gravel stages in the north of the island, each being run twice. On the first stage on Friday morning, Kopecký/Dresler stormed into the lead with their ŠKODA FABIA R5. Veiby, who just won his first Rally in Asia Pacific Rally Championship (APRC) for Team ŠKODA MRF, had a tough fight with the Italian Hyundai driver Andolfi for the second position.

“In the second stage, I was braking too late at a junction and lost about ten seconds,” commented Veiby. Nevertheless, in the fourth stage he moved into second position and scored his first fastest time on gravel in WRC 2 one stage later. Jan Kopecký dominated the category and was delighted with his performance: “I am really happy because I was not running on gravel for a some time, so we are trying to improve step by step and the car is working well. These cars can take anything you throw at them. You need to be careful with big rocks, it is better to avoid them”. Jan Kopecký and Pavel Dresler drove faultlessly into a lead with 52 seconds ahead of Norwegian youngster team Ole Christian Veiby/Stig Rune Skjaermœn.

While the Hyundai driver Andolfi and the French Ford pilot Loubet had to retire, both ŠKODA Teams were clearly dominating the WRC 2 category at the end of the first leg of Rally Italia Sardegna. ŠKODA Motorsport boss Michal Hrabánek was delighted: “Our ŠKODA FABIA R5 proved again how fast and reliable it is. Jan and Pavel were never in danger to loose the lead and did a very good job today.” On Saturday, the longest and toughest day of the rally with six special stages covering 144 kilometres is waiting for the teams at Rally Italia Sardegna.

Number of the day: 5
On five out of nine special stages Jan Kopecký was the fastest driver in the WRC 2 category. Norwegian youngster Veiby was two times fastest.