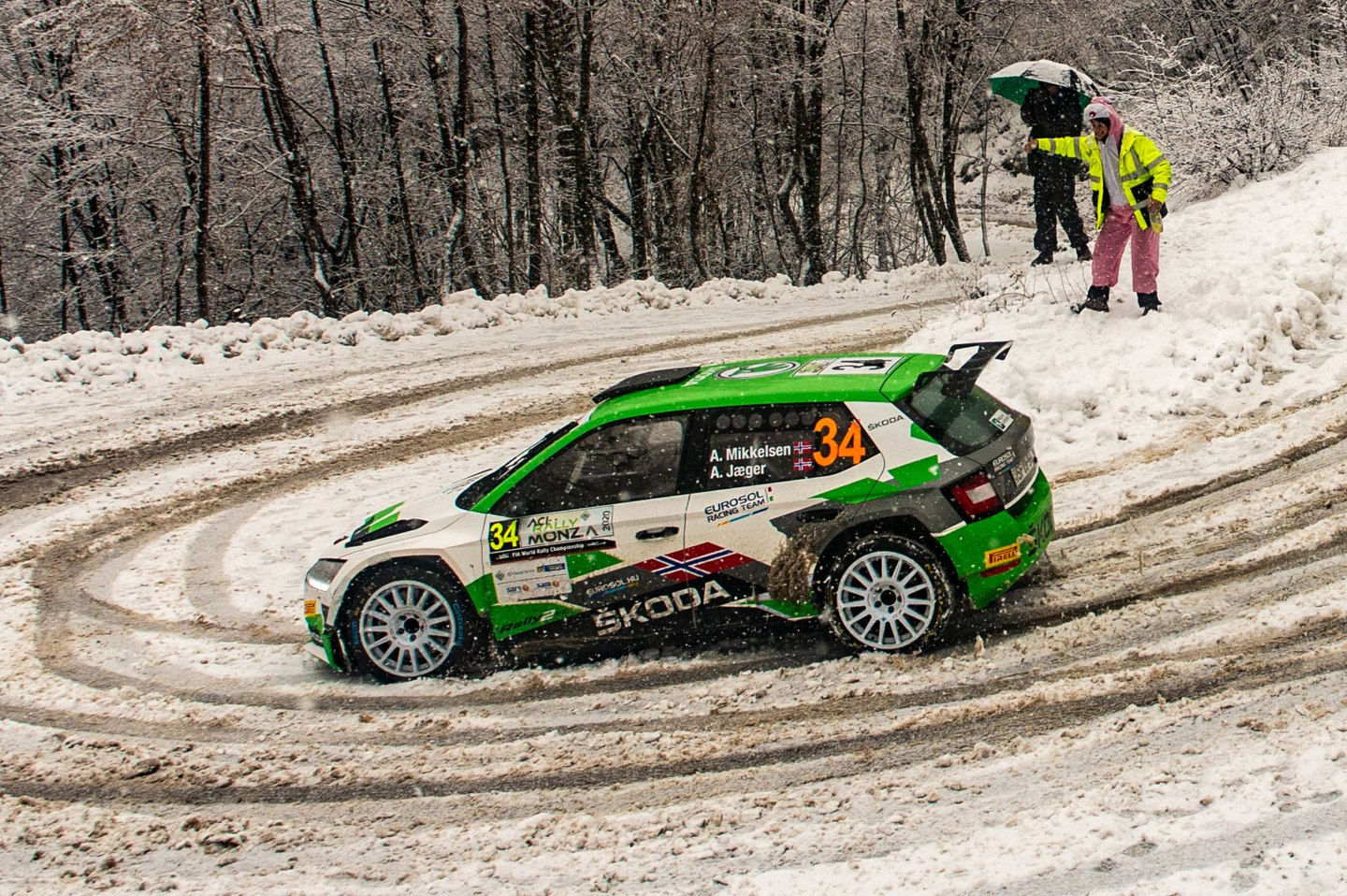 Mladá Boleslav, 20 January 2021 – Driving two ŠKODA FABIA Rally2 evo from Toksport WRT with support from ŠKODA Motorsport, Andreas Mikkelsen/Ola Fløene (NOR/NOR) and Marco Bulacia/Marcelo Der Ohannesian (BOL/ARG) will compete a full WRC2 season in the FIA World Rally Championship 2021. At the opening round, the legendary Rallye Monte-Carlo (21 – 24 January 2021), both crews are among the top favourites and will face tough competition in the 34 crews strong Rally2 field. Seven of them, driving cars from four different manufacturers, are eligible to score points in the WRC2 category.

Andreas Mikkelsen has a remarkable track record with ŠKODA. Driving a ŠKODA FABIA S2000, he won the Intercontinental Rally Championship (IRC) in 2011 and 2012. In 2017 he made a stunning return to the Czech brand at the Rallye Monte-Carlo. He not only won the WRC2 category, but on top of that he also finished a remarkable seventh in the overall classification among the more powerful WRC1 cars. At the Rally France/Tour de Corse the same year, he again won the WRC2 category, helping ŠKODA Motorsport to take the WRC2 Team Championship of the FIA World Rally Championship. Last year, he returned to the Czech brand again, won Rally Hungary (penultimate round of the FIA European Rally Championship) and added a victory in WRC3 category at the ACI Rally Monza, final round of the FIA World Rally Championship 2020, by finishing a very good sixth overall.

Andreas Mikkelsen, navigated by co-driver Ola Fløene and supported by ŠKODA Motorsport, will compete the full WRC2 season of the FIA World Rally Championship 2021 in a ŠKODA FABIA Rally2 evo from Toksport WRT. The Norwegian has a clear target: “I am aiming for the WRC2 title and want to win the category at each event I am competing. To start with, Rallye Monte-Carlo is an event I like, where I have achieved good results in the past. Also, the ever-changing road conditions fit the ŠKODA FABIA Rally2 evo very well. So we should be competitive. But as tyre choice is always difficult, we also have to get this right to win.”

“We start into the 2021 season with a further improved version of the ŠKODA FABIA Rally2 evo, which will make its competition debut at the Rallye Monte-Carlo. Overall, the focus of ŠKODA Motorsport will be again on supporting customer teams,” Michal Hrabánek, Head of ŠKODA Motorsport, looks ahead.

“We are very proud, that in cooperation with ŠKODA Motorsport we can run two cars in WRC2. We have a great line-up with an experienced driver, Andreas Mikkelsen, and a young talent, Marco Bulacia. Our goal for the season is to defend the WRC2 team title and win as well the drivers’ championship. So the first step would be to score maximum team points at Rallye Monte-Carlo,” comments Toksport WRT principal Serkan Duru.

The first leg of the Rallye Monte-Carlo starts on Thursday (21 January) at 13h10 in the winter sports town of Gap, situated in the middle of the French Alps. During the opening leg, the crews have to face two stages, each of them more than 20 kilometres long. On Friday and Saturday (22/23 January), eight more stages follow before the crews head south to Monaco. The Sunday leg (24 January) features four more stages close to the principality. In total, the crews have to tackle 14 special stages covering roughly 258 kilometres.

Due to the measures taken against the spread of the coronavirus, Rallye Monte-Carlo will take place behind closed doors with no spectators allowed inside the service park and along the stages.

…that the rally was originally designed in order to promote Monte-Carlo as a tourist destination also in winter? Until 1998, the crews – although that year factory teams were exempt – started from a number of cities in Europe and sometimes even North Africa in a so-called “Concentration Run”, an endurance test, before the competitors were united in Monaco or France to start the real action.

…that the Rallye Monte-Carlo, first run in 1911, is the oldest event of today’s WRC calendar?

…that the Rallye Monte-Carlo is the only WRC event, where teams can choose between four types of tyres: slicks, slicks with some studs, winter tyres and winter tyres with studs.

…that tyre choice is extremely difficult and at the same time crucial at Rallye Monte-Carlo? The teams have to tackle up to four stages with four tyres mounted on the car plus a maximum of two spare wheels. Because all too often one stage is covered with snow, the next one icy, wet or even dry, tyre choice mostly is a compromise.

…that therefore crews often fit their car for example with a mixture of studded winter tyres and slick tyres in all kind of combinations in order to somehow meet the changing road conditions? 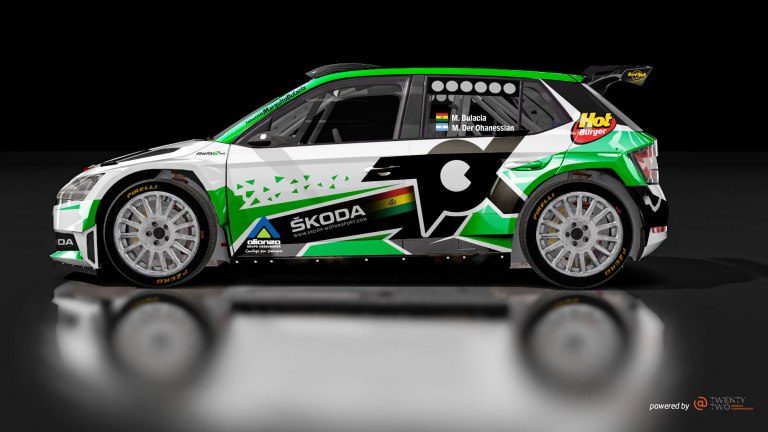 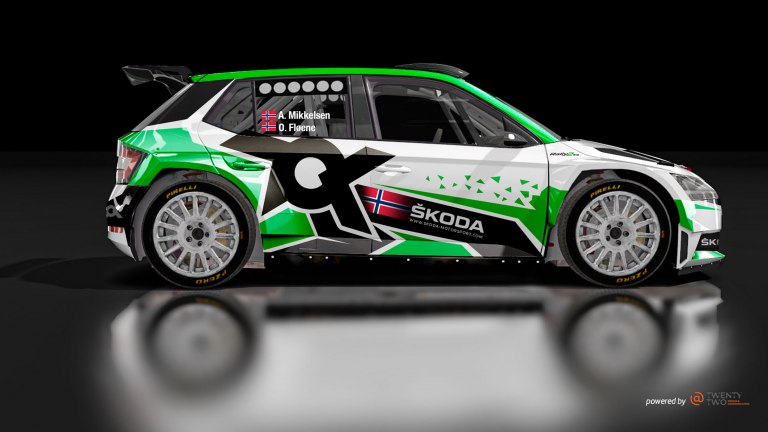