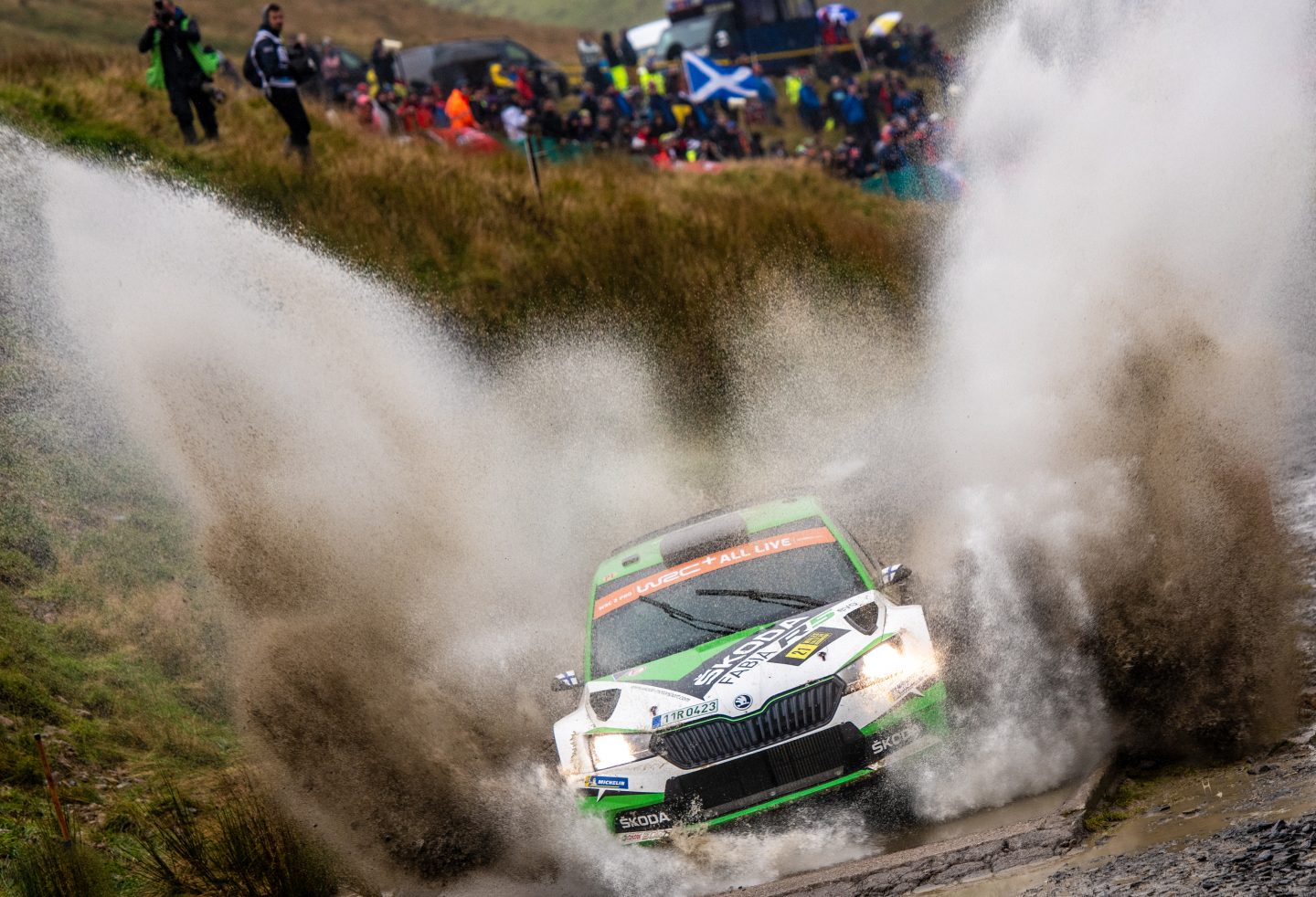 During the Friday leg, Jan Kopecký and co-driver Jan Hloušek had moved into the WRC 2 Pro lead, when their teammates Kalle Rovanperä/Jonne Halttunen suffered a puncture on their ŠKODA FABIA R5 evo, which made them drop to second in the category. The most challenging and longest leg of the rally, called “Super Saturday” with a total length of more than 420 kilometres and seven stages covering 152.50 kilometres, even had to be managed without service in between.

Although it had temporarily stopped raining, the surface of the gravel stages was mostly humid and the grip level changed all the time. So, the drivers had to “read” the road to find out, how good traction and grip really are. Kalle Rovanperä managed it well. On the first run of the longest stage of the rally, the 25.86 kilometres of “Dyfi”, he stormed back into the lead of the WRC 2 Pro category. In the meantime, his main rivals for the championship suffered set-backs. Mads Østberg (Citroën) had to retire for the Saturday leg due to technical issues, while Gus Greensmith damaged his Ford and also could not continue. When ŠKODA’s Jan Kopecký had to change a flat tyre on the stage, teammate Kalle Rovanperä’s category lead went from slim to clear. “When there is no competition, I am not going so fast anymore, I am just enjoying the stages,” he said. With only five more stages of 38.42 competitive kilometres to go during the final leg on Sunday, Kalle Rovanperä and Jonne Halttunen are facing a WRC 2 Pro win, which would prematurely secure the drivers’ titles of the category for the two Finns.*

Despite having rolled their ŠKODA FABIA R5 evo on stage 15, which caused a time loss of around one and a half minute, Jan Kopecký and co-driver Jan Hloušek are occupying the second position in the WRC 2 Pro category. They still have valuable points for ŠKODA Motorsport in the WRC 2 Pro manufacturers’ standings of the FIA World Rally Championship 2019 in sight. After a total of 312.75 kilometres in the race against the clock, the winner will reach the podium in the seaside village of Llandudno on Sunday (6 October) around 13h33.

Number of the day: 6

Going into the final leg on Sunday, ŠKODA is with six crews the strongest brand inside the top ten of the R5 competitors at Wales Rally GB. 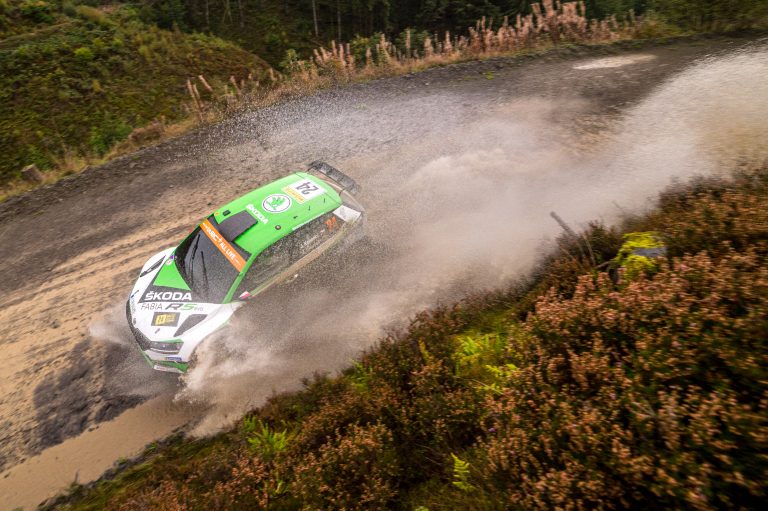 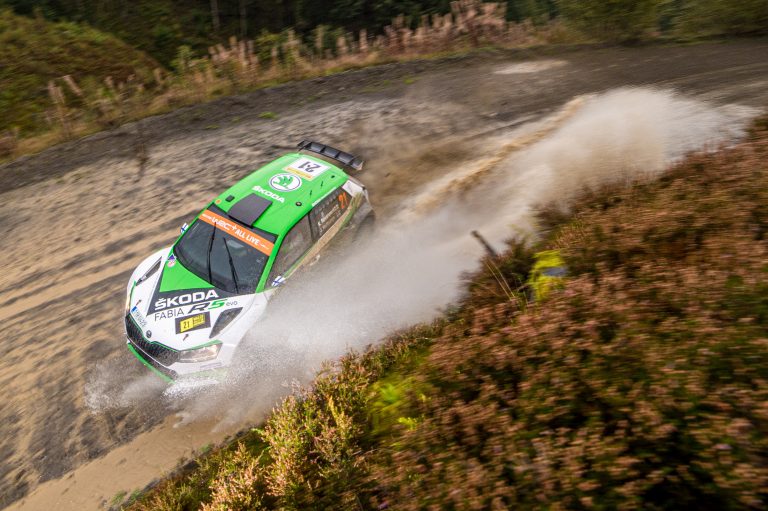 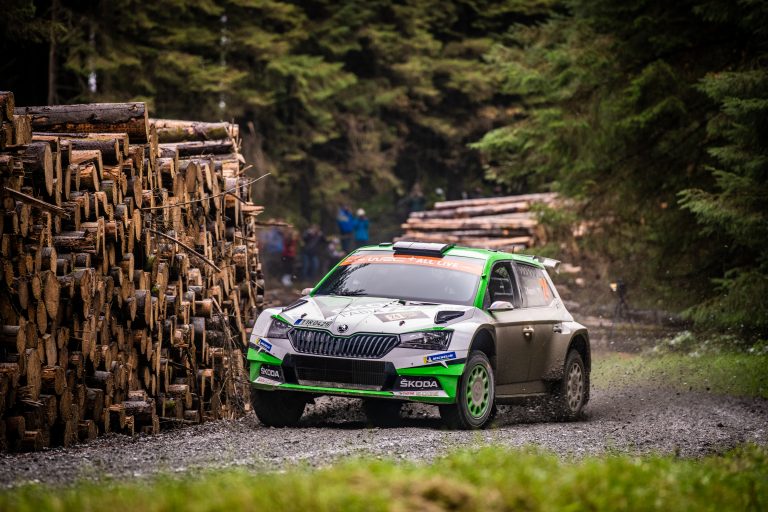 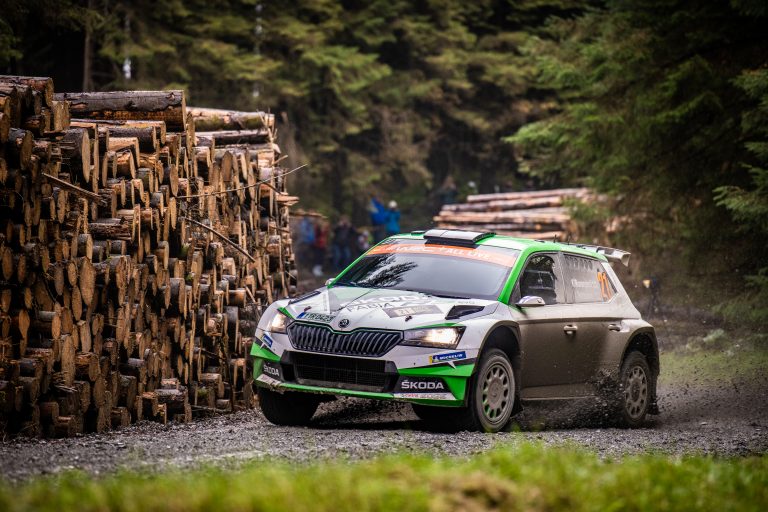 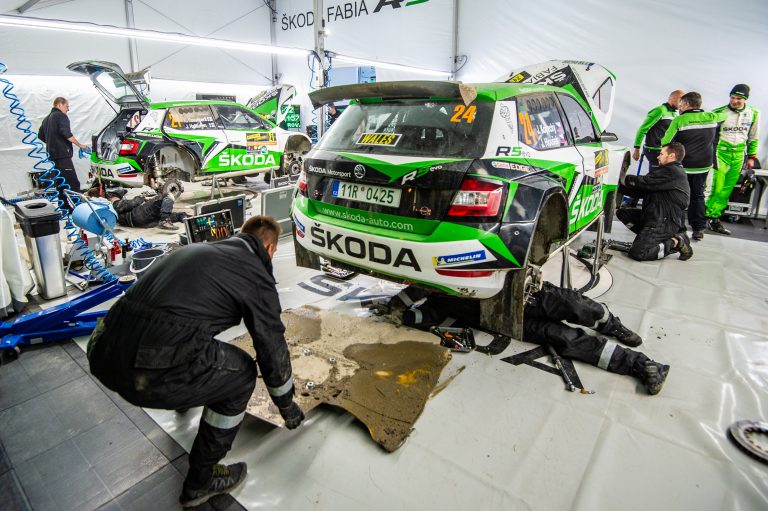 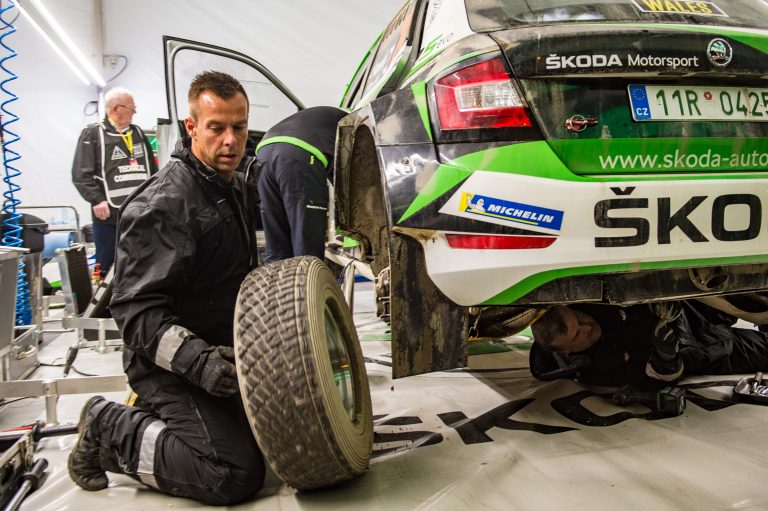 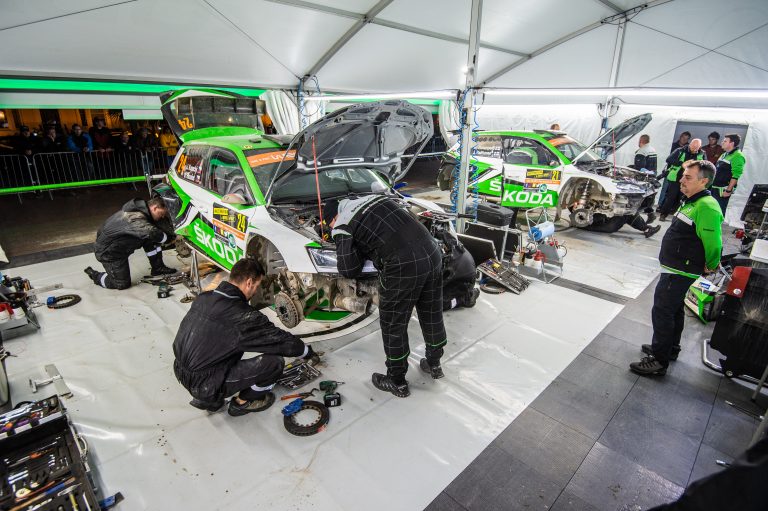 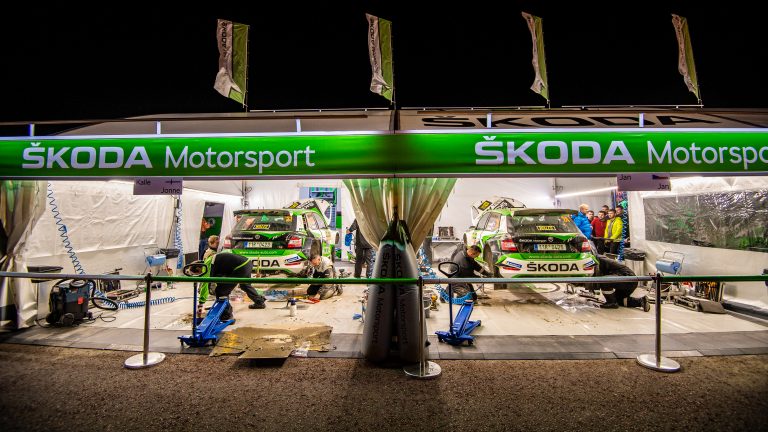 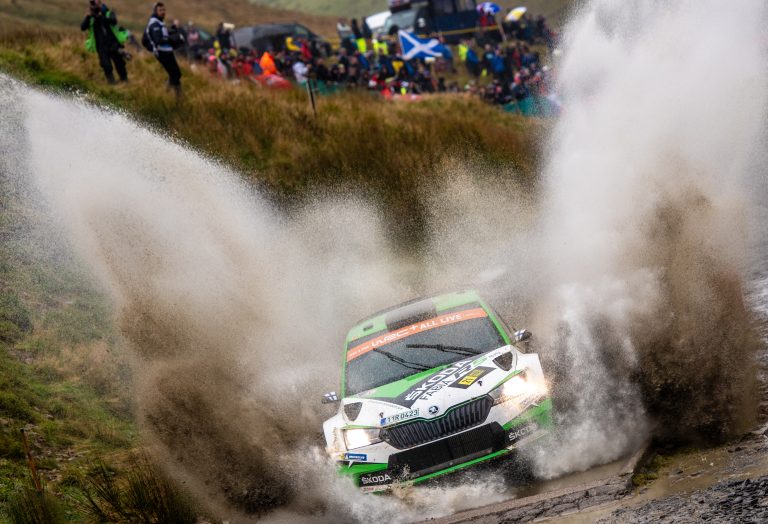 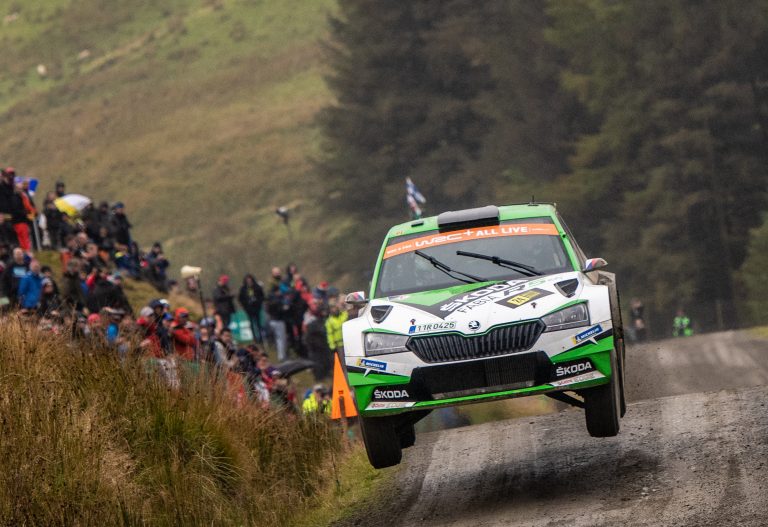