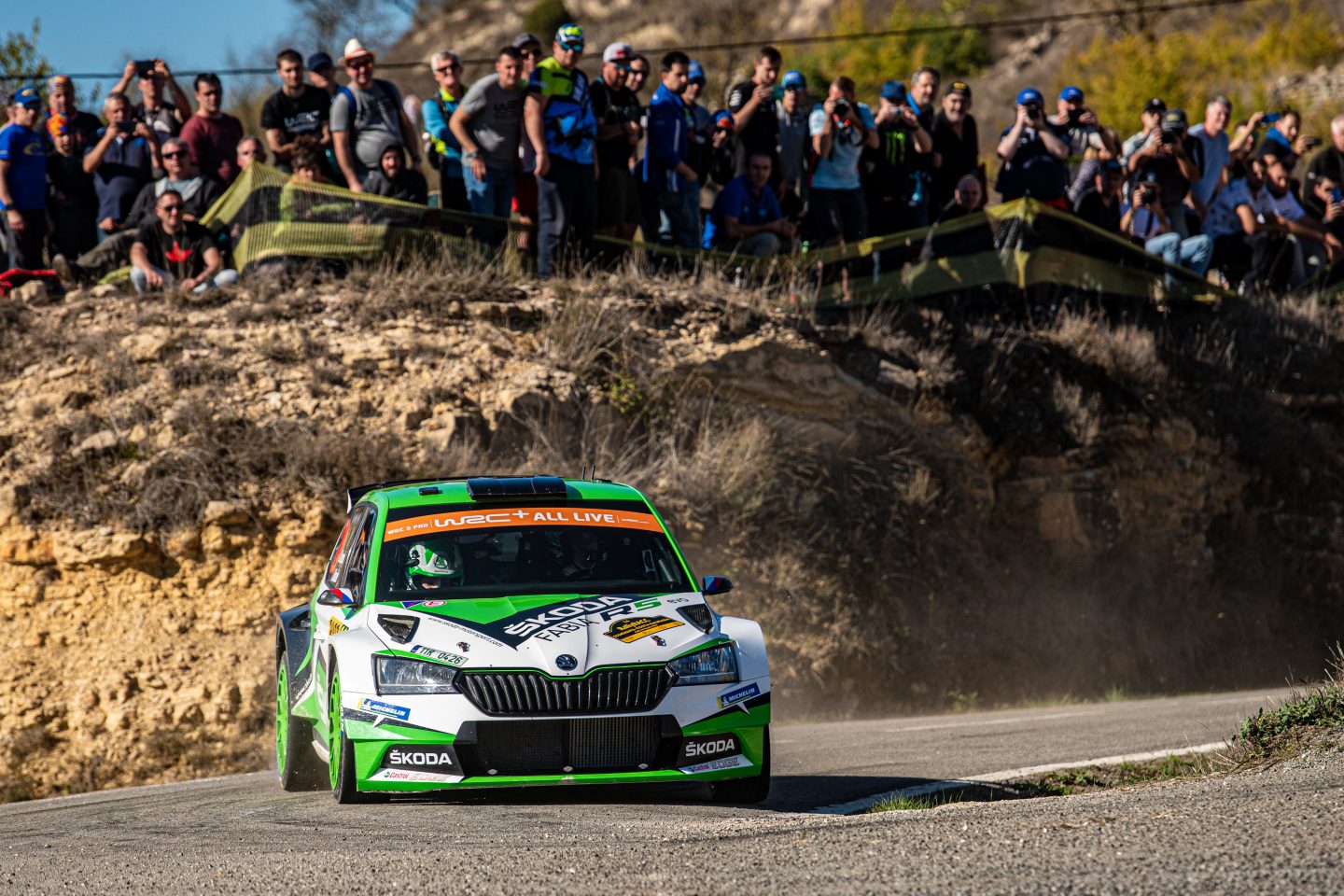 › With one more round to go in the FIA World Rally Championship 2019, ŠKODA is uncatchable in the race for the WRC 2 Pro manufacturers’ title*
› In Spain, Jan Kopecký/Jan Hloušek (ŠKODA FABIA R5 evo) took second category place ahead of newly crowned WRC 2 Pro drivers’ champions* Kalle Rovanperä/Jonne Halttunen
› ŠKODA Motorsport boss Michal Hrabánek: “Winning all titles of the WRC 2 Pro category is the well-deserved reward for the whole team!”
› While the WRC 2 class for private teams is still undecided, only a ŠKODA crew can win the title at the season’s final in Australia

Salou, 27 October 2019 – Mission accomplished: At RallyRACC Catalunya-Rally de España (24/10/–27/10/2019), Jan Kopecký/Jan Hloušek (CZE/CZE) and their ŠKODA FABIA R5 evo teammates Kalle Rovanperä/Jonne Halttunen (FIN/FIN) finished second and third respectively in WRC 2 Pro. With these results they prematurely secured the WRC 2 Pro manufacturers’ title of the FIA World Rally Championship 2019 for ŠKODA already ahead of the season’s final. In three weeks in Australia only the title race of the WRC 2 category for private teams will be decided, in this case between ŠKODA drivers Pierre-Louis Loubet (FRA) and Benito Guerra (MEX).

A long season has come to a successful end for ŠKODA Motorsport. After Kalle Rovanperä and Jonne Halttunen three weeks ago at Rally Wales GB prematurely won the WRC 2 Pro drivers’ titles, ŠKODA Motorsport rounded up the season by also winning the WRC 2 Pro manufacturers’ title of the FIA World Rally Championship 2019*. At RACCRally Catalunya-Rally de España a second place in the category for Jan Kopecký/Jan Hloušek plus third for teammates Rovanperä/Halttunen was enough to seal the title for ŠKODA.

Going into Saturday, Kalle Rovanperä was second in WRC 2 Pro. With fast stage times he managed to close the gap to the WRC 2 Pro category leader, Citroën’s Mads Østberg, from more than 30 to 9.8 seconds. But on the day’s very last stage in the streets of Salou, Rovanperä hit a barrier, breaking the left rear suspension of his car. Thus, the Finnish crew dropped to third at the end of the Saturday leg, while teammate Jan Kopecký moved up to second position of the WRC 2 Pro category. On Sunday, with four more stages adding up to 74.14 kilometres of racing against the clock, both teams strictly followed the team-order, took no unnecessary risks and after a faultless drive reached the finish in Salou, making ŠKODA Motorsport boss Michal Hrabánek a happy man.

“Finally, I can say: mission accomplished. We achieved every target we set ourselves for 2019. We successfully brought the new ŠKODA FABIA R5 evo to the market, Kalle and Jonne took the drivers titles* and on top of that secured together with both Jans the necessary points to win the manufacturers’ championship*,” ŠKODA Motorsport Director Michal Hrabánek emphasizes and adds: “This success only was possible due to the strong commitment and support from our board of management, our engineers, mechanics and all the ŠKODA employees, who supported us, making motorsport a successful part of the ŠKODA DNA. I am on top of that delighted to see how successful our customers are. At the final WRC round in Australia, only a ŠKODA crew can win the WRC 2 championship for private teams. Our customers around the world are rallying successfully with the 311 cars we sold. We have a big responsibility towards our customers and will now fully concentrate on preparing next season properly.”

Inside the WRC 2 category for private teams, championship leaders Pierre-Louis Loubet/Vincent Landais (FRA/FRA) had a heart-breaking moment during the final day of the Spanish WRC round. Having led the category after the first day of the rally, they put their ŠKODA FABIA R5 evo into a ditch on the second of the Sunday stages, lost valuable time and dropped to fifth category position. Now the season’s final in Australia will bring the decision between them and the Mexican ŠKODA crew Benito Guerra/Daniel Cué, who had to retire in Spain. 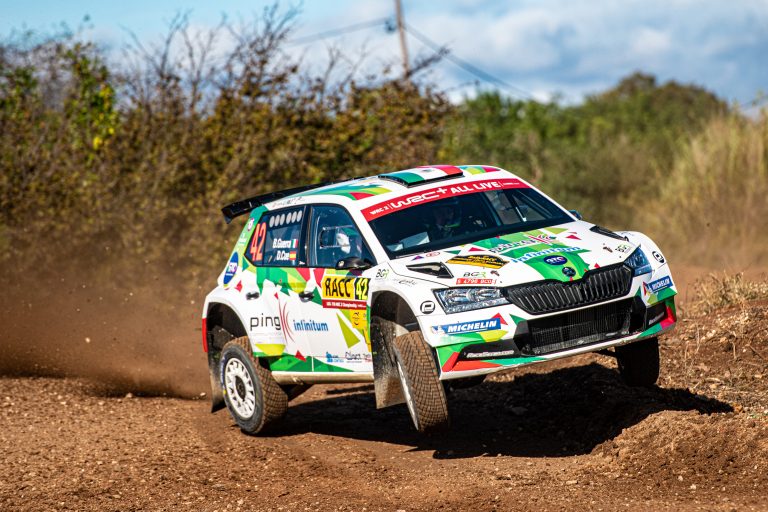 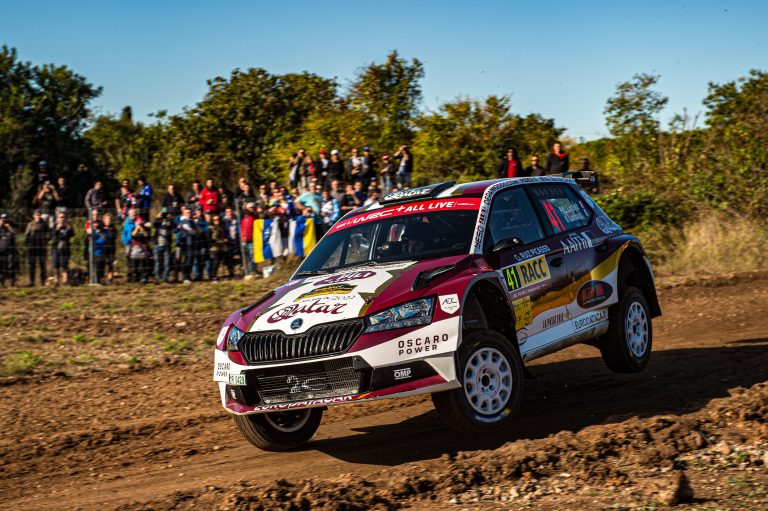 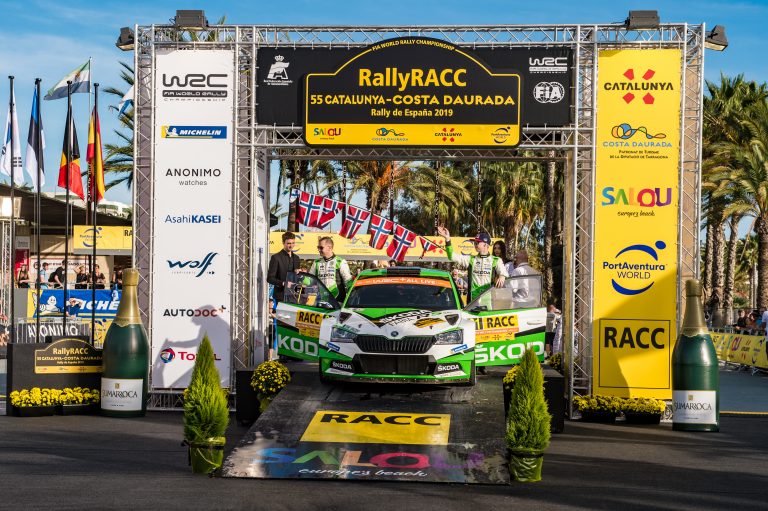 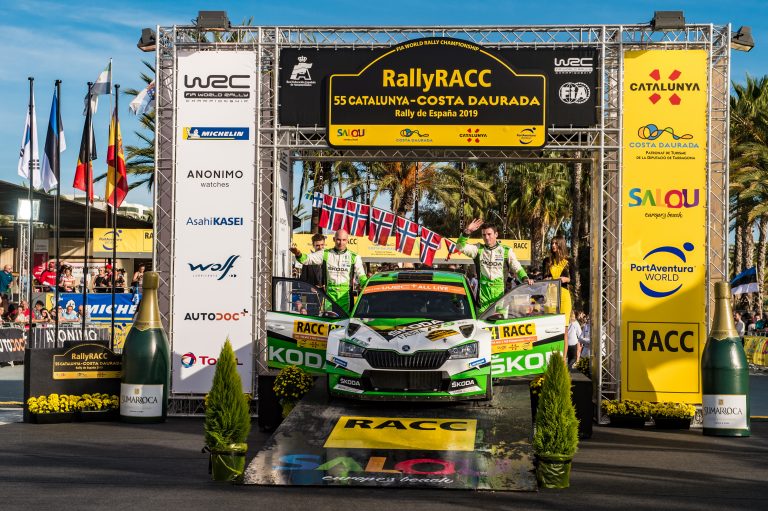 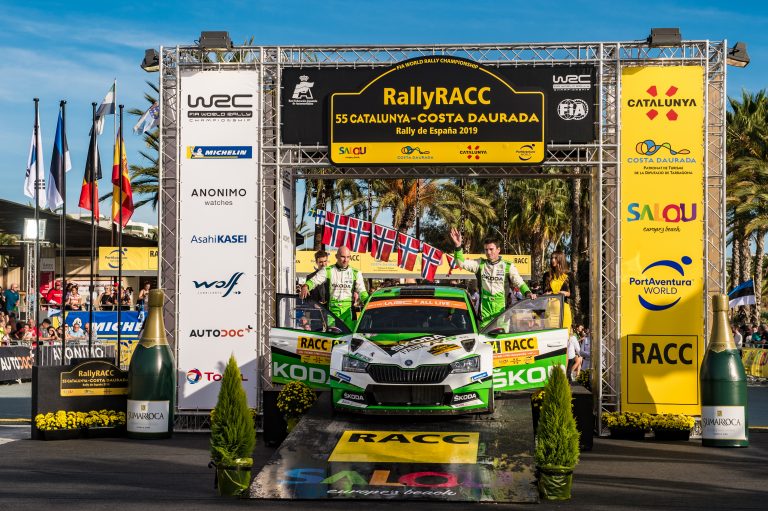 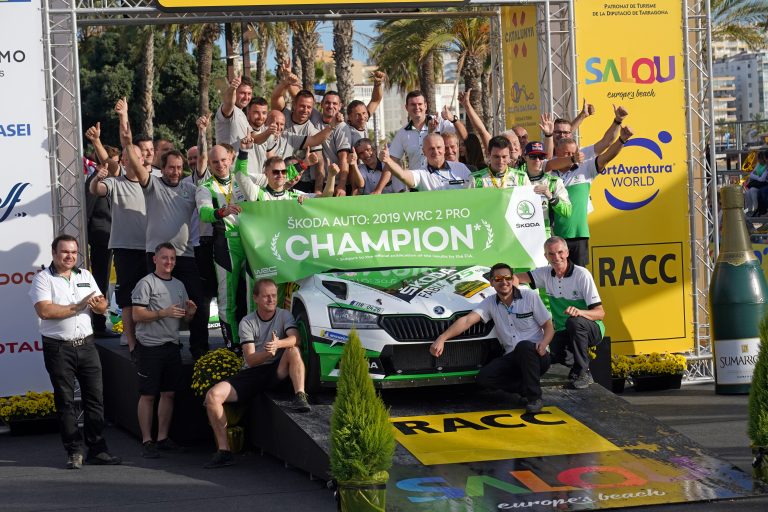 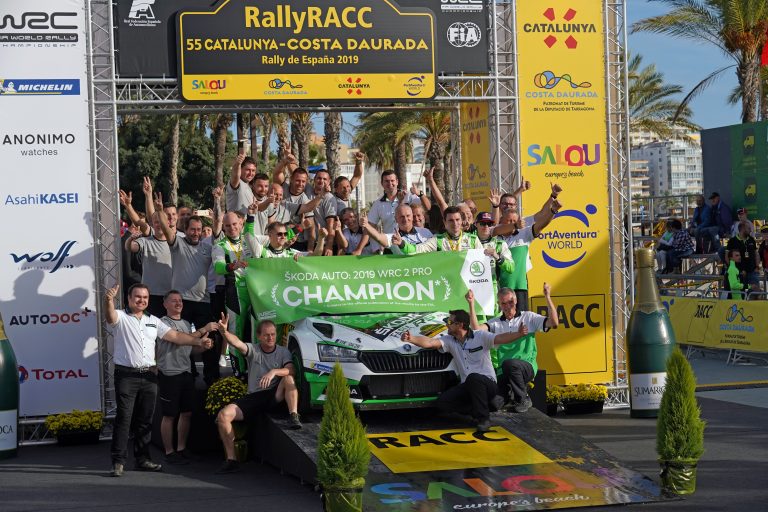 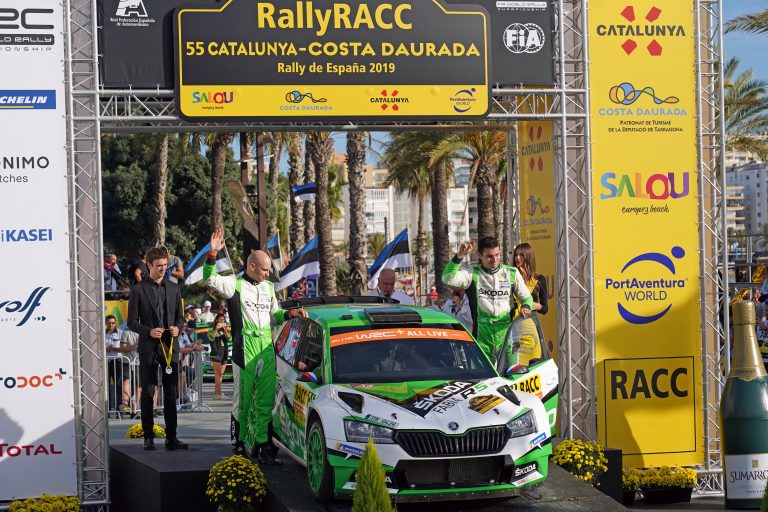 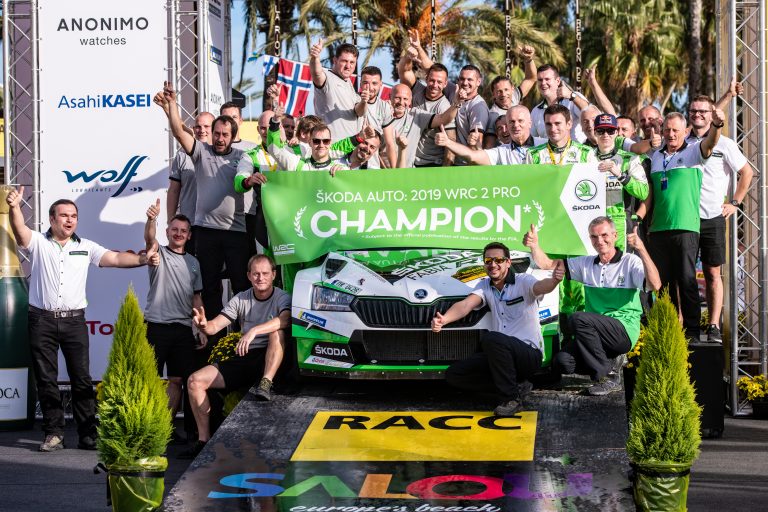 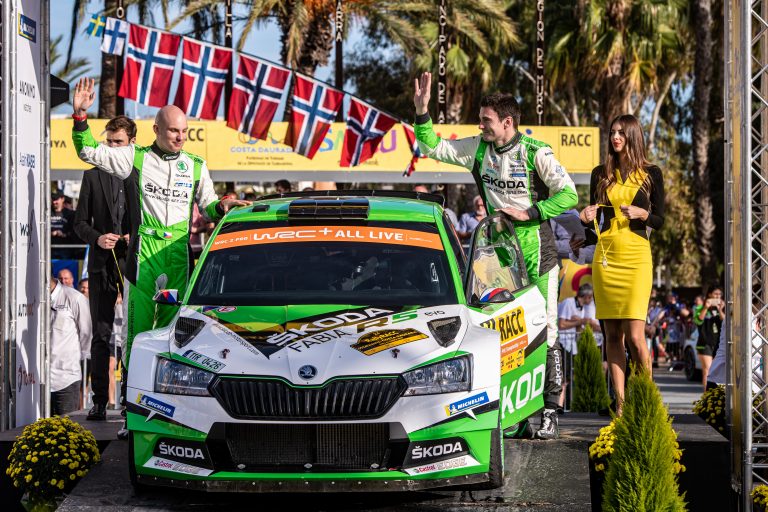 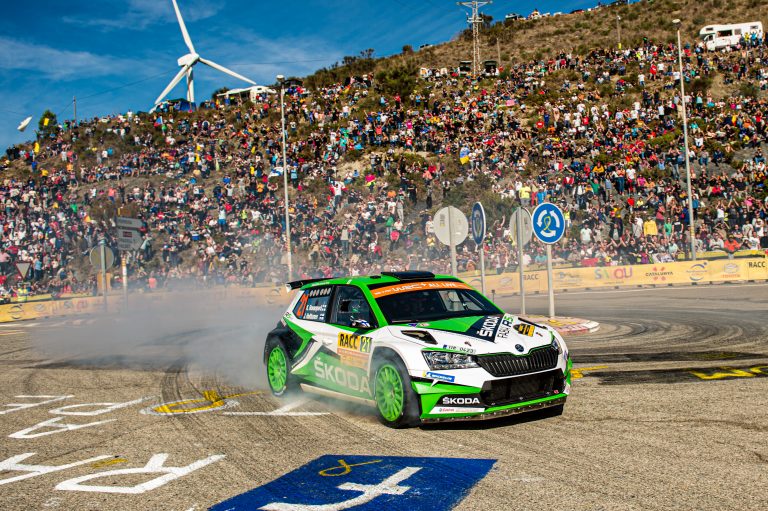 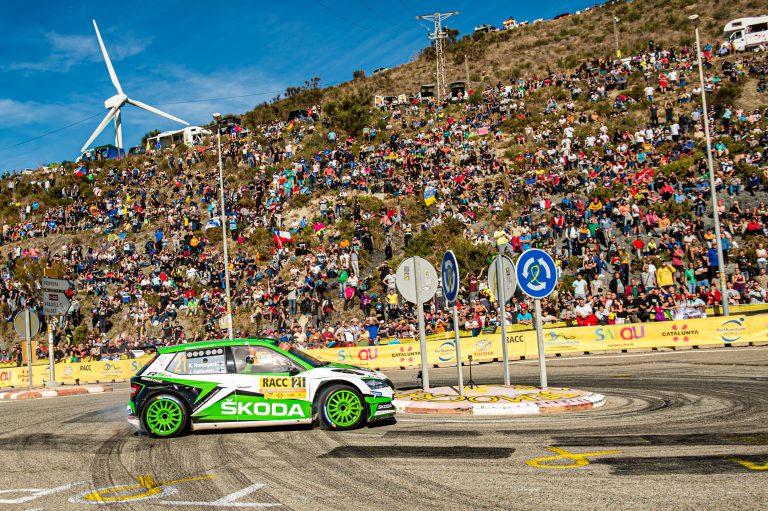 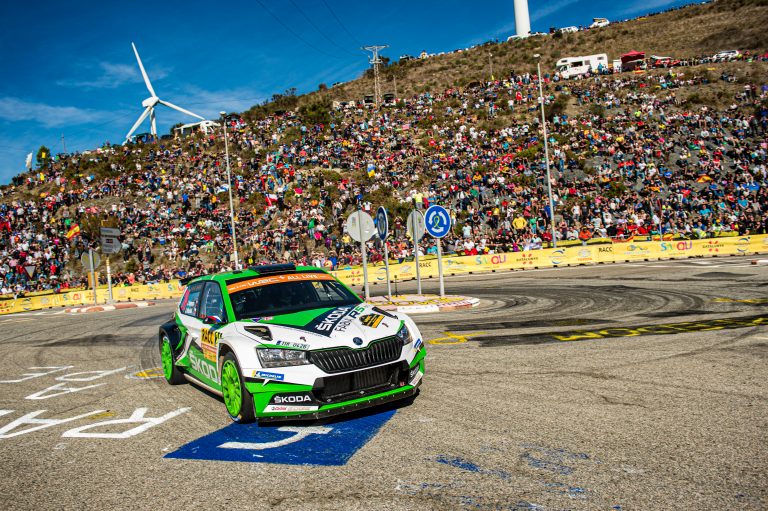 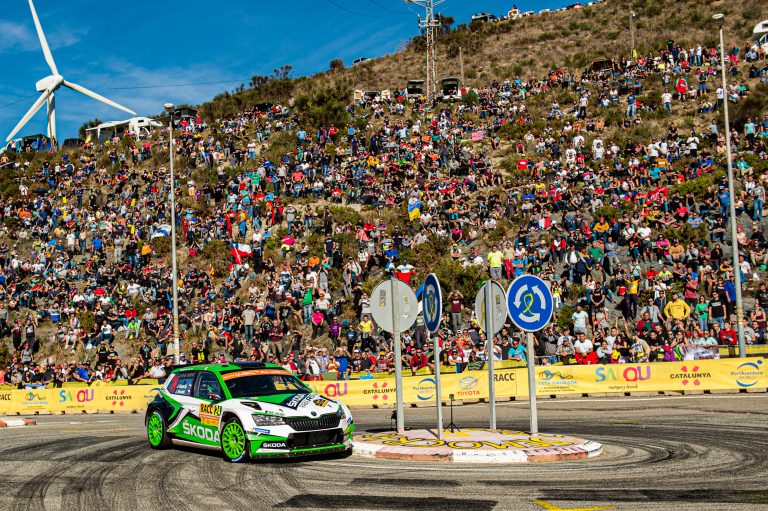 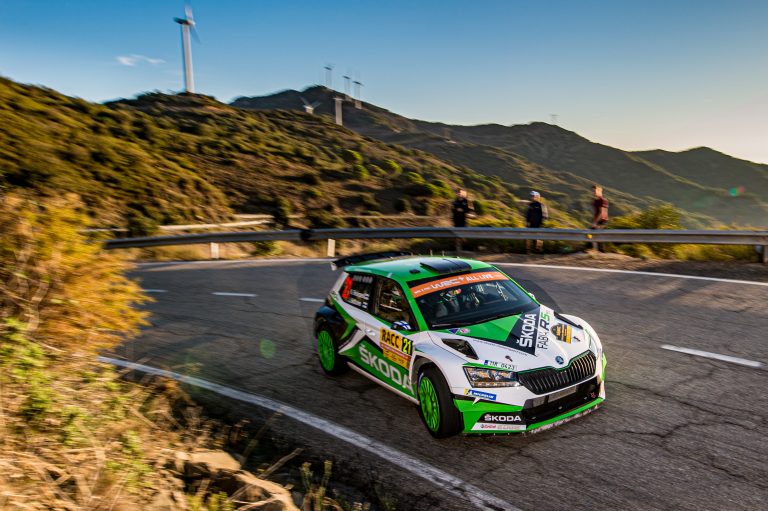 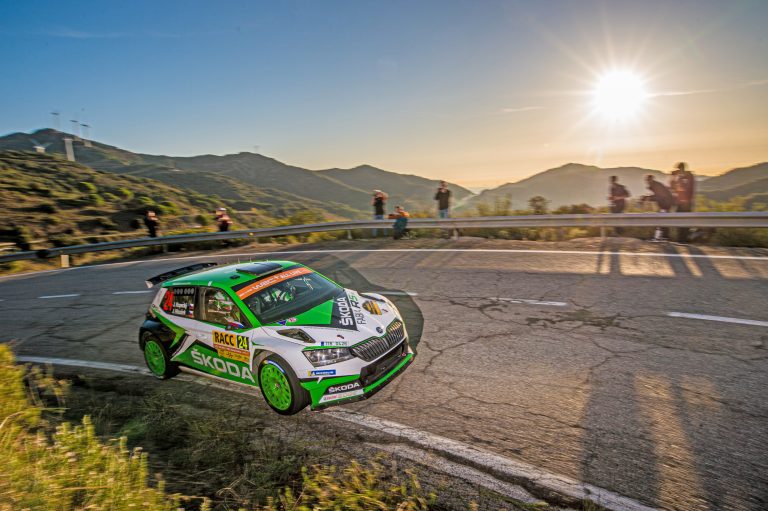