Why We Ride:
From Punk to Biker

Sometimes the road to big turning points in our lives is littered with strings of coincidences. Just ask Ireland’s Orla Walsh, whose future was transformed forever by her dad’s old bike.

In a face-to-face interview, twenty-eight-year-old Orla Walsh – now a podium regular with National Championship medals to her name – reveals how she transitioned from sports greenhorn to pro cycling athlete. The answers might sound like they’re straight off the pages of a light-hearted movie screenplay, but this is one woman’s real journey to self-improvement and falling in love with life on two wheels. This story is brought to you as a part of the Why We Ride series.

Orla Walsh is one of heroines of the ŠKODA and WeLoveCycling campaign „Why We Ride“:

1. Your life before cycling was a bit different from how it is now. Could you tell us about your journey into the sport?

Yes. I spent my late teens and most of my 20s living a very unhealthy, excessive lifestyle. My weekend activities consisted of partying with friends, I smoked cigarettes every day and did absolutely no exercise whatsoever. In 2015, I needed to find a convenient way of getting to college so my Dad gave me his old road bike. As someone with no interest in sport it was a shock to everyone (myself included) that I absolutely loved it! After a year of commuting 10 km each way, I decided to join a local club in March 2016. I started racing, got a coach, and two years later I’m on a national elite women’s endurance team training full time in Spain! It’s been a crazy three years for me.

2. What do you think you’d be doing now if you hadn’t discovered cycling?

I loved my job as a UX designer in Dublin. I would still be doing that now if I hadn’t made the decision to become a full-time athlete.

3. What is the best thing about your new life versus your old life?

I’m stronger and healthier than I’ve ever been in my life. There was really nothing great about the way I lived my life before cycling.

4. What motivates you to cycle when it’s cold, wet, and dark outside and what advice do you have for people that might struggle with the motivation to train?

There are so many times that I don’t want to train. I suppose you really have to have clear goals and focus in order to stay motivated. I know what I want to achieve and if I’m not doing the training, someone else is.

5. Were you always a naturally competitive person?

YES! I remember as a kid I would get incredibly angry when people didn’t follow the rules of a board game and would be in a grump if I didn’t win. I’m less of a sore loser now, I hope. (laughter)

6. Your first races didn’t go so well, could you describe what happened and how you found the determination to continue?

It was, of course, disheartening when I’d spent my weekends preparing for and travelling to races, only to be dropped or end up with a DNF (Did Not Finish). I suppose it just spurred me on to get more training under my belt. I believed that I could be better.

7. What does a typical week of training look like?

Since going full time, there’s a mix of road, track and gym training during the week. It’s usually 15-20 hours of training in total with the majority of the time spent on the road, hard, fast work on the track, and two gym sessions to build strength.

8. What lessons have you learnt from cycling that you have been able to transfer to other parts of life?

Cycling has taught me to be more patient. It takes a lot of dedication and perseverance to get to where you want to be and this can apply to many other areas of life.

9. What places/countries have you travelled to with your bike and what do you like about travelling?

I’ve cycled all over Ireland, I’ve been to Italy, the UK, Belgium, and Portugal, and I’m now living in Spain to train. Travelling goes hand in hand with competitive cycling. We need to travel to races all over the world and I love visiting new cities. Of course, it’s a bonus when the weather is sunny and dry (unlike Ireland) and when there’s an indoor velodrome to race or train in (unlike Ireland).

10. Do you consider anything else part of your training routine – such as nutrition or rest?

Of course! Nutrition is an extremely important part of my training routine. I need to be properly fuelled in order to perform and I also need the appropriate post-training nutrition in order to recover. Resting is also key to recovery, so we have scheduled rest days and de-load weeks, when the duration of training is reduced.

11. How did you enjoy the photoshoot with the KAROQ? Did you get to do any cycling in Scotland?

The photo shoot was an experience! I was not expecting the weather to be as cold or windy as it was but I battled through the storm! Enjoyed the challenge. I was only in Scotland for one night so I didn’t get a chance to explore the area. I would definitely like to go back on a cycling trip, though.

12. What advice would you give to women who are complete novices just starting off in the sport?

I would say that they should contact local clubs and enquire about beginner spins. It can be intimidating heading out on a group ride as a beginner (especially when, as a woman, you’re often outnumbered by men), but most clubs cater to newbies. Clubs want to encourage newcomers, so don’t be worried about being “too slow”, as a weekend group spin should only be as fast as its slowest rider.

13. When you are travelling with your bike, what are your must-have items?

Helmet, cycling shoes, eyewear, kit. What else does anyone need?

14. What is the best cycling experience you’ve had to date?

Probably racing our first Team Pursuit at the World Cup in Manchester. We had never been to a World Cup before so performing in front of a stadium of people with commentators saying our names and cameras recording was absolutely terrifying... but what a thrilling experience!

I would love to compete in a World Championship race one day, either on track or road. 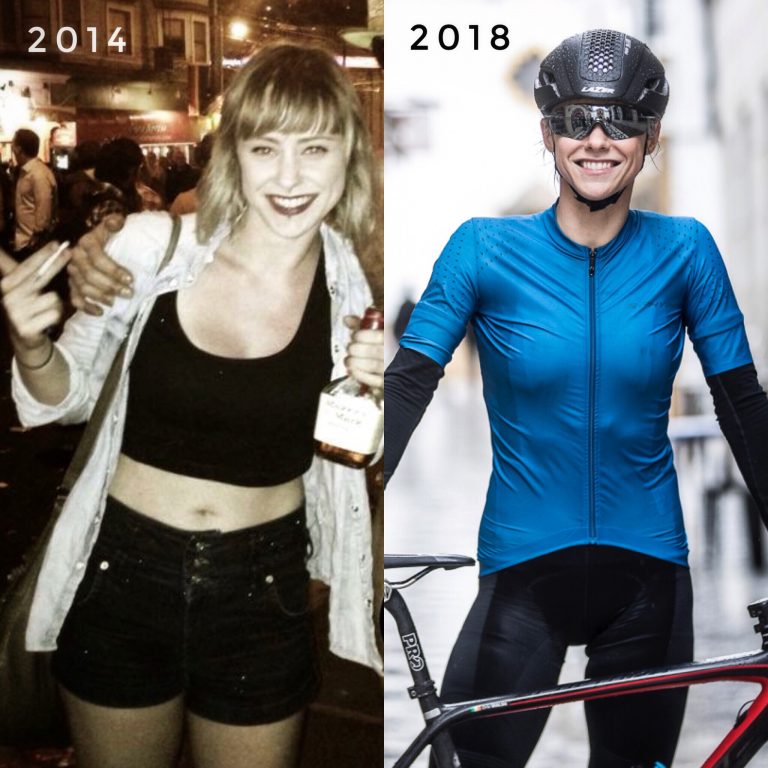 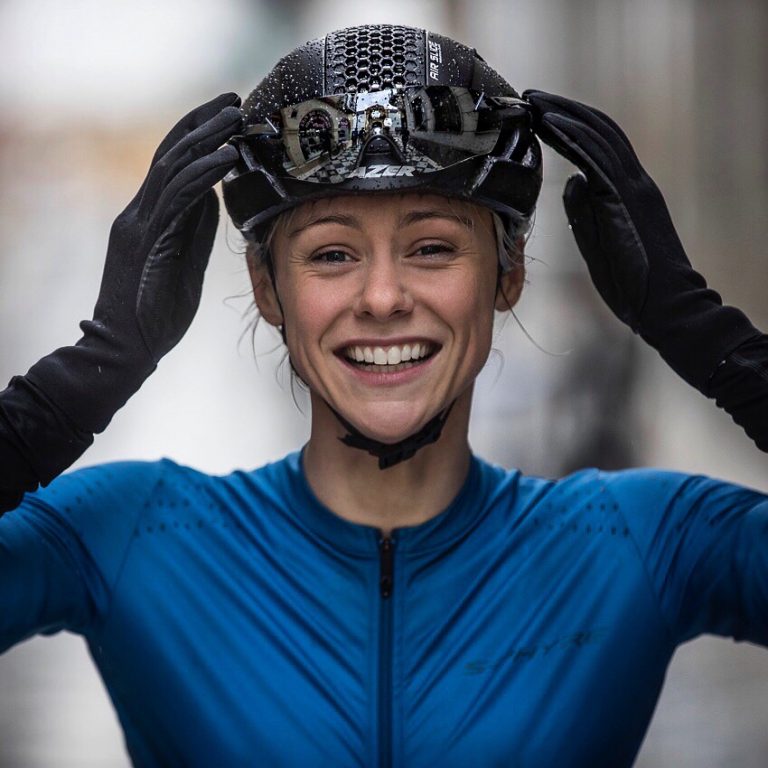 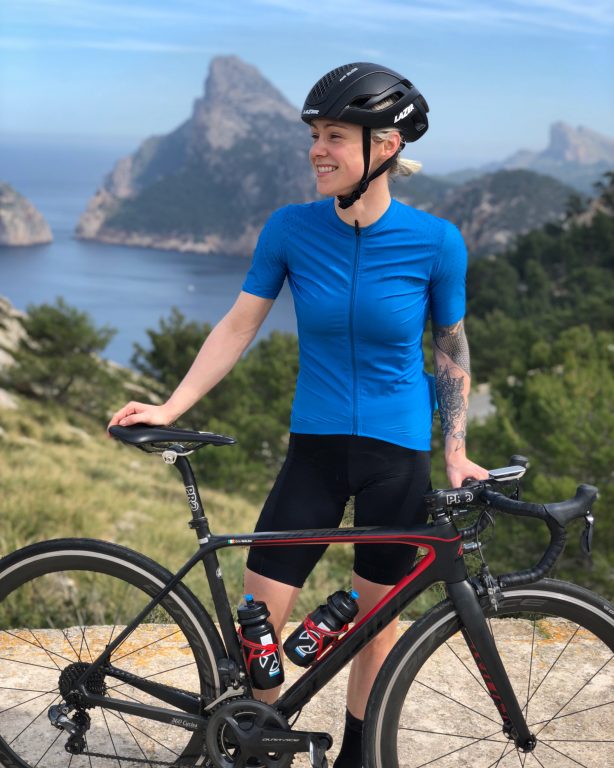 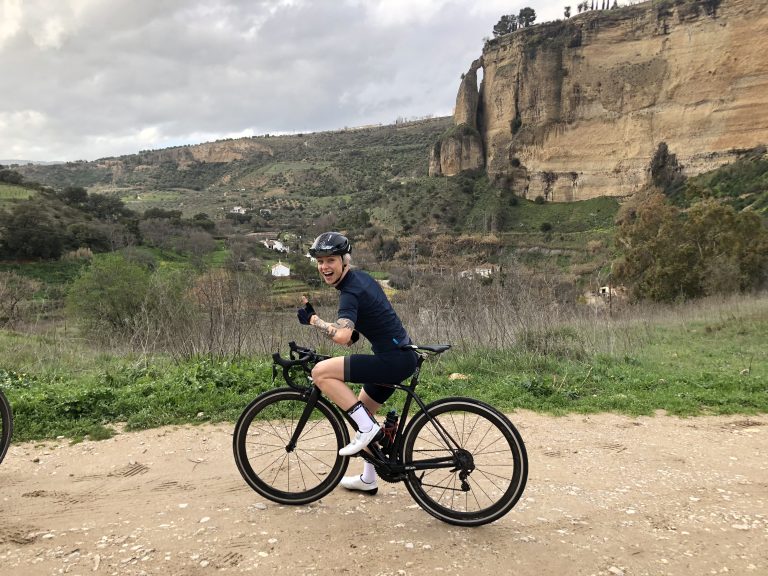 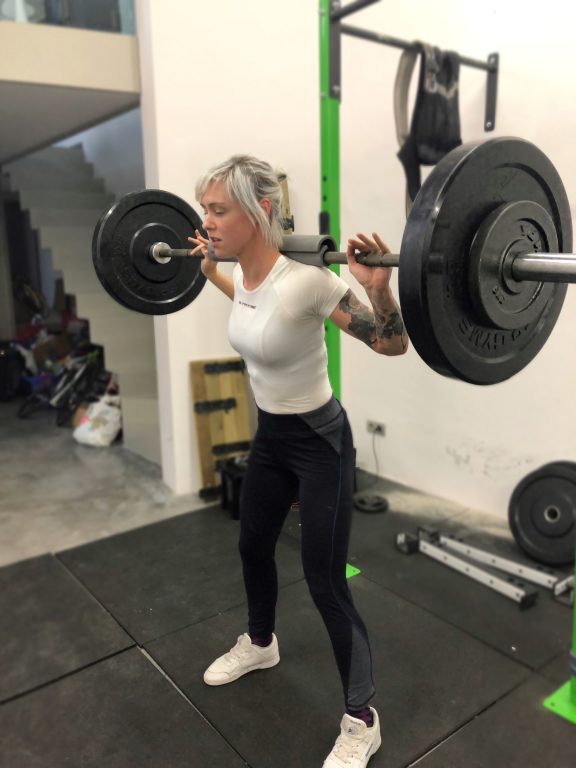 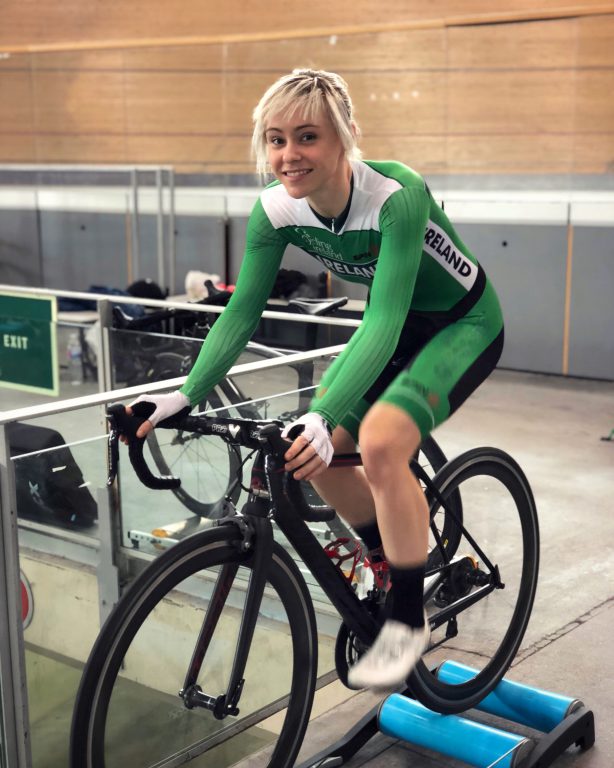