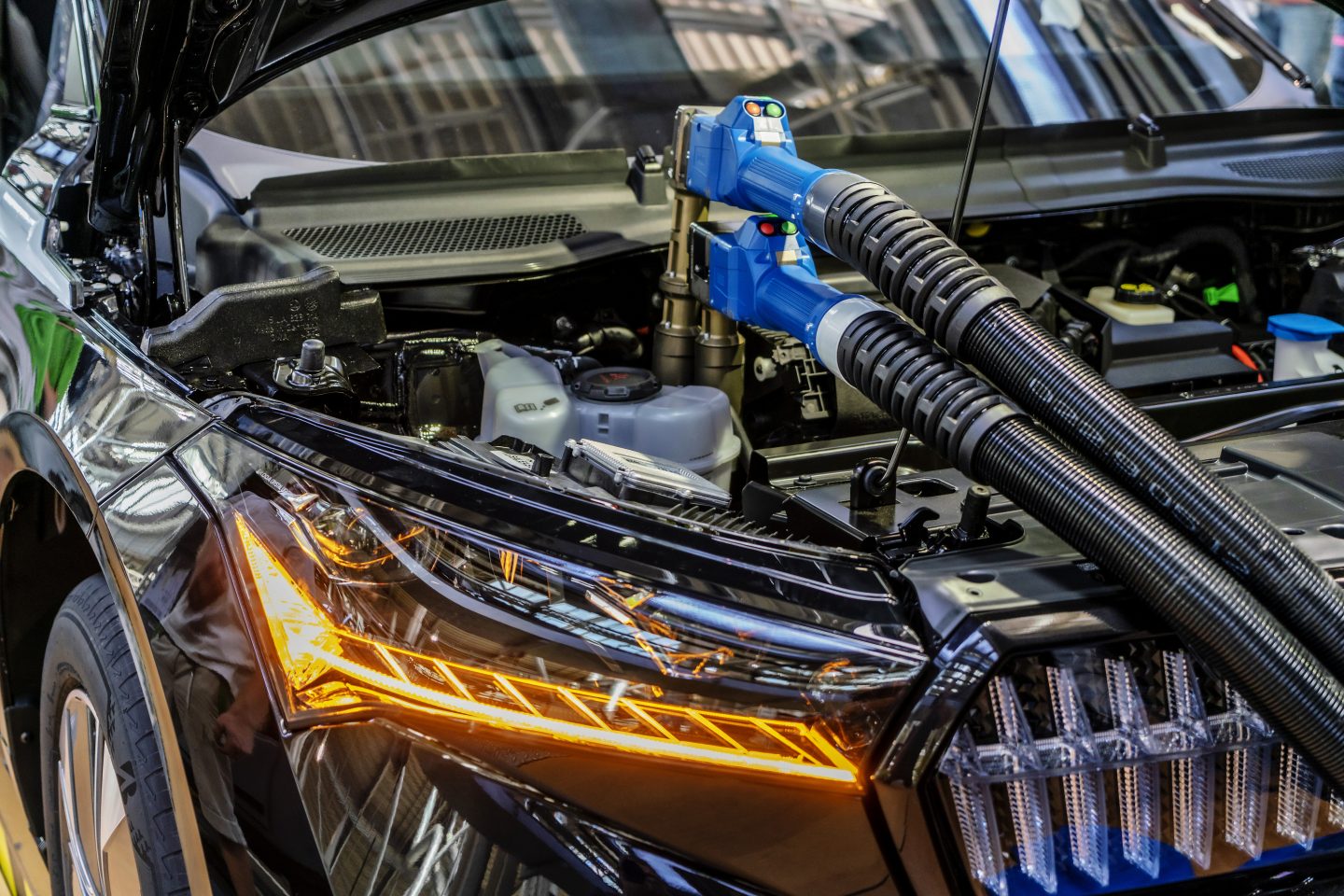 Mladá Boleslav, 1 September 2020 – ŠKODA AUTO has now completed the conversion of an existing production line at its main factory in Mladá Boleslav for MEB vehicles, which has been in progress since last summer. This work included structural changes to the building as well as modifications to the conveyor technology and final assembly line. Investments made amount to 32 million euros. It is now the only line in the entire Volkswagen Group on which vehicles based on the MEB modular electric car platform and the MQB modular transverse matrix can be built alongside one another. This means that the all-electric ŠKODA ENYAQ iV, the OCTAVIA and the KAROQ compact SUV all roll off the same production line at the
Mladá Boleslav plant.

Michael Oeljeklaus, ŠKODA AUTO Board Member for Production and Logistics, stressed,
“The conversion of the ŠKODA ENYAQ iV production line in Mladá Boleslav, which was completed on schedule, allows us to manufacture vehicles based on the MEB and MQB platforms in parallel. This is a unique concept across the entire group. It enables us to produce between 250 and 350 units of the ENYAQ iV per day at our main factory with total flexibility. This means we can react to the respective market demand without delay whilst ensuring that the line runs at full capacity at all times. Production of the new flagship of our model range is set to start this year still.”

Preparations for the production line to build the first ŠKODA based on the MEB electric car platform began last summer. Since then, some structural elements of the building as well as technologies for transporting parts, for example, have been modified to cater for the weight of all-electric vehicles and their assembled components. Furthermore, the final floor assembly is automated following the conversion, and now includes the high-voltage traction battery too. ŠKODA AUTO has installed auxiliary robots for handling the heavy battery packs. The Czech car manufacturer also set up a larger workstation to adjust the head-up displays. ŠKODA AUTO placed a special focus on safety during the conversion of the production line, especially in terms of battery handling. The company has made comprehensive fire-proofing provisions and installed thermal imaging cameras, for example. These monitor the temperature in the factory hall around the clock and trigger an alarm if they detect any abnormalities.

Despite comprehensive conversion work, the line can in future still be used for manufacturing models that feature another type of powertrain. Thus, the ENYAQ iV, OCTAVIA and KAROQ will be built with maximum flexibility on the same production line in future. This makes the ENYAQ iV the only MEB-based Volkswagen Group vehicle in Europe to be manufactured outside of Germany. 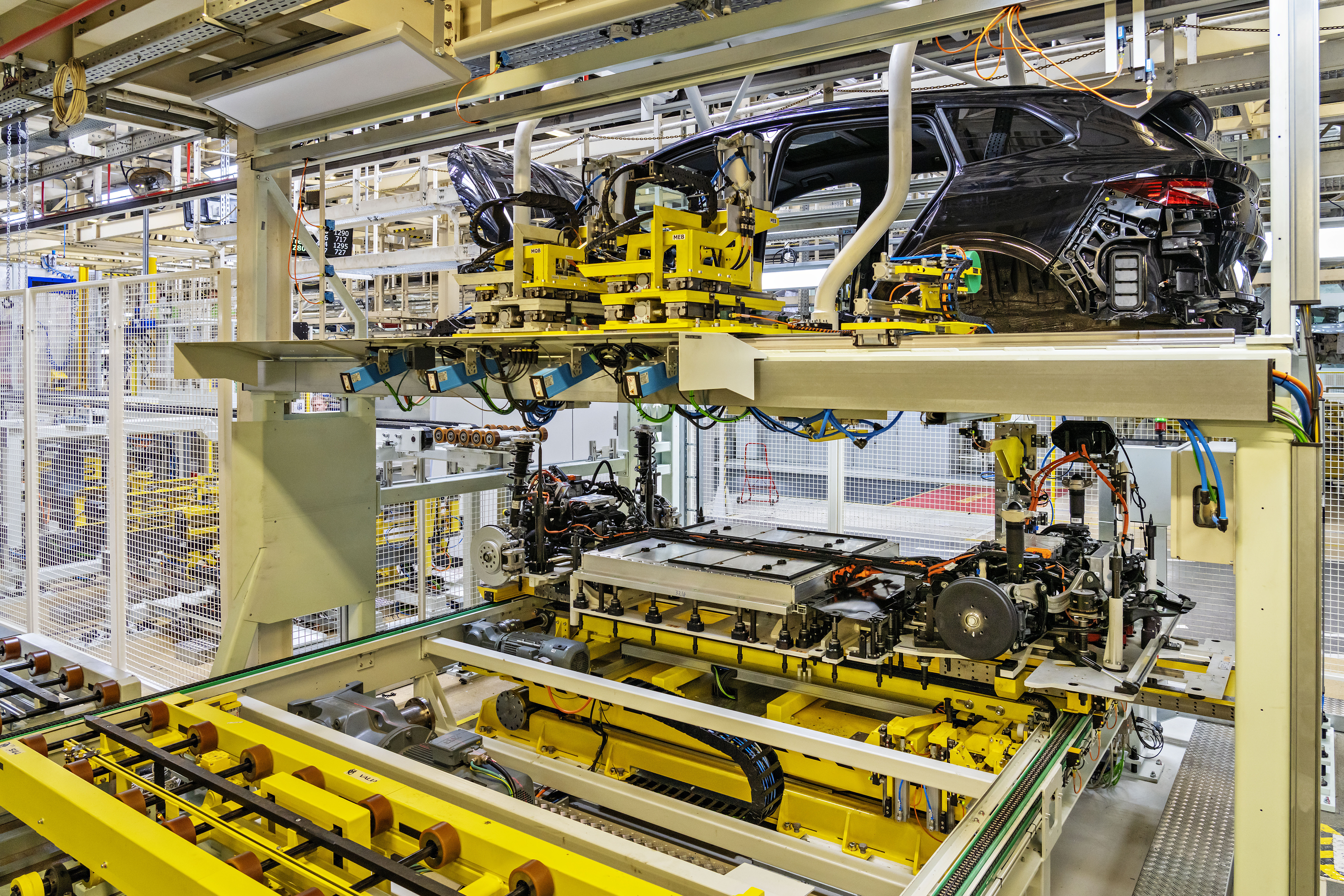 ŠKODA AUTO is unveiling the new ENYAQ in Prague today and taking another major step forward in the implementation of its electromobility strategy. The new SUV is the brand’s first all-electric model that was designed as such from the outset.

The all-electric ŠKODA CITIGOᵉ iV has been rolling off the line in Bratislava, Slovakia, since the end of 2019. What’s more, the Czech carmaker produces the SUPERB iV plug-in hybrid at its factory in Kvasiny. And ŠKODA is not the only company to use the high-voltage traction batteries manufactured at its main plant in Mladá Boleslav; they also feature in MQB models with a partially electrified powertrain from other brands within the group.

ŠKODA AUTO places particular importance on preparing its staff and students as well as employees of its suppliers for the demands of electromobility in a targeted and comprehensive way. To date, approximately 20,000 workers have successfully completed the special training programmes. 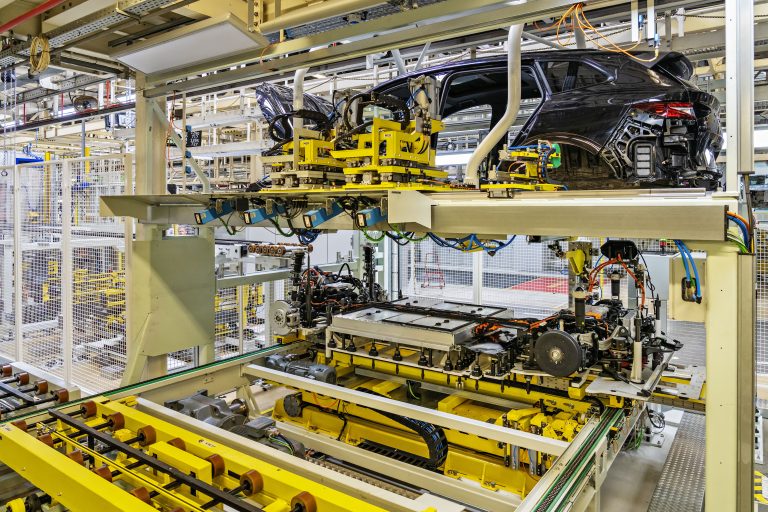