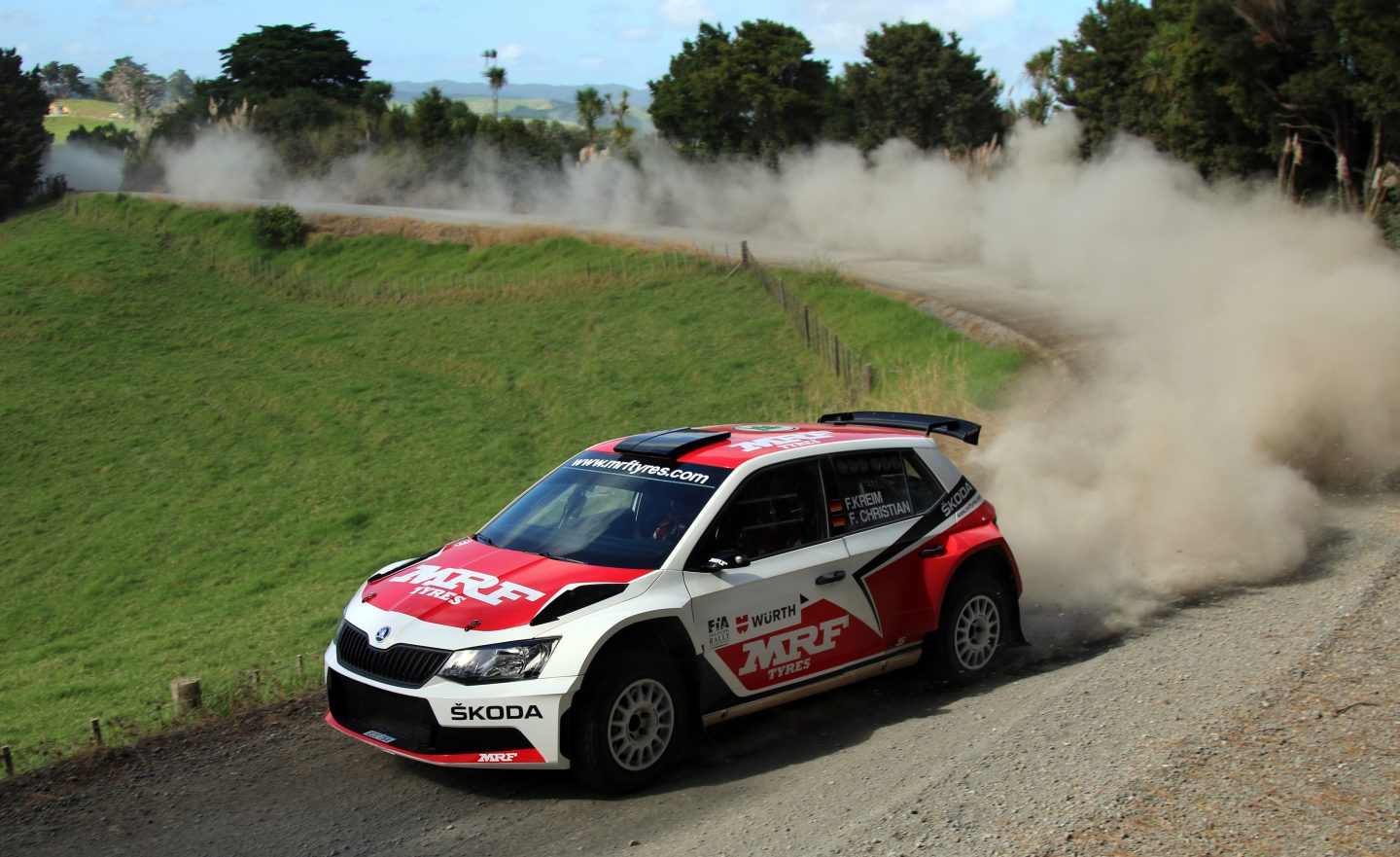 ​Mladá Boleslav, 14 June 2016 – On top down under: ŠKODA is out to shine at round two of the FIA Asia-Pacific Rally Championship (APRC). On Saturday and Sunday, Fabian Kreim/Frank Christian (D/D) and Gaurav Gill/Glenn Macneall (IND/AUS) will contest the Rally Queensland in Australia for the ŠKODA MRF team. Drivers Gill and Kreim claimed a much-heralded one-two for the Czech car maker at the opening round of the 2016 APRC in New Zealand. 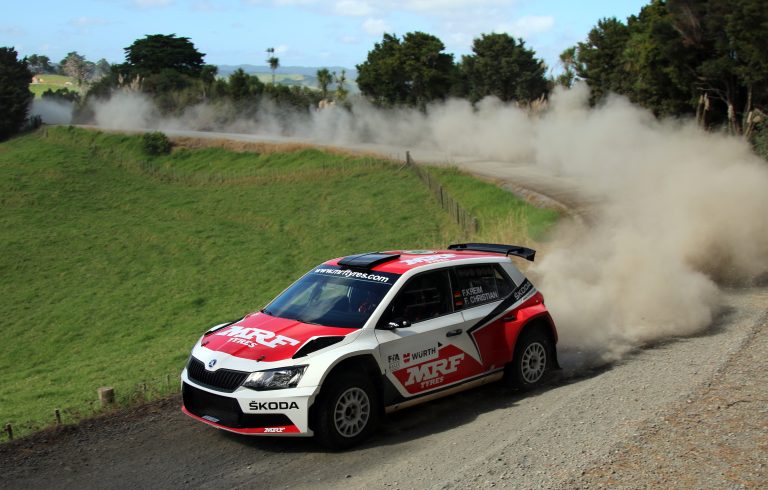 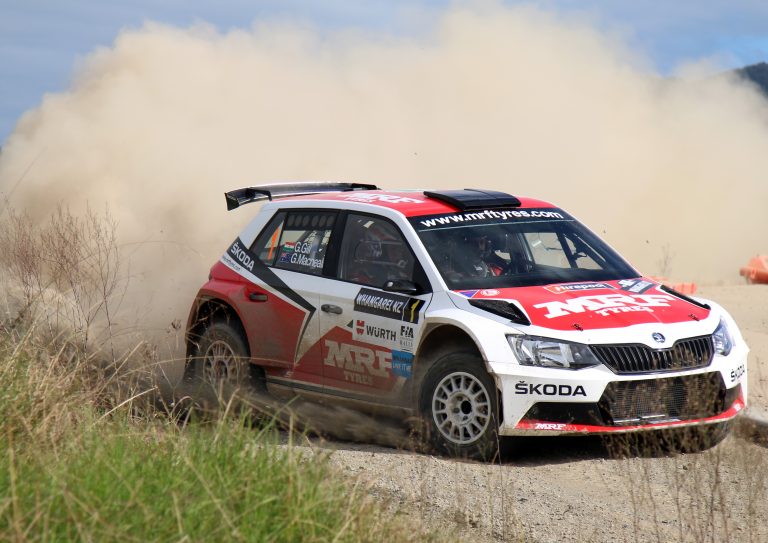 “We want to back up our strong start to the season. However, we face another very tough test at the iconic rally in Australia. Our talented young driver Fabian Kreim is developing all the time and will gain more valuable experience on gravel,” said ŠKODA Motorsport Director Michal Hrabánek. 23-year-old Kreim, who has only been driving rallies since 2013, produced a strong display on his APRC debut in New Zealand. He actually led going into the final day, and ultimately ended the rally in second place.

“I learned an awful lot at my first major gravel rally. I am now looking to build on that in Australia. I want to make it onto the podium again, and give my team-mate Gaurav Gill a good fight,” says Kreim. He has the form to do so: after his successful APRC debut, the youngster claimed a dominant victory at the Rally Saxony in the German Rally Championship (DRM). He is currently second overall in the strong national championship – a position he also occupies in the Asia-Pacific Rally Championship. His goal is to win the title in at least one of the two championships. After the opening race of the APRC, ŠKODA leads the Manufacturers’ Championship with 39 points, ahead of Subaru (28).

Kreim has 31 points to his name in the Drivers’ Championship after round one of the APRC, meaning he trails Gill – eleven years his senior – by seven points. The experienced Gill is obviously looking to extend his lead at the Rally Australia, and has the great advantage of knowing the majority of the 16 stages and 240 kilometres against the clock from previous years. Gill won the APRC class of the Rally Queensland, which takes competitors on fast roads through the woodland inland of the Sunshine Coach, in 2010. 42 teams line up at the Rally Queensland, which forms part of both the APRC and the Australian Rally Championship. ŠKODA has won the Manufacturer, Driver and Co-Driver titles in the APRC for the past four years in a row.

“Our goal, as it was at the season-opener, is obviously to win. I know the routes well, but Fabian Kreim learns very quickly. It is sure to be an exciting battle with my new team-mate,” says Gill. “Hopefully we can all celebrate together in the ŠKODA family again come the end of the rally.” At the same time as ŠKODA was winning the season-opener in New Zealand, 18,000 kilometres away it also claimed a one-two at the Rally Šumava Klatovy in the Czech Rally Championship (MČR). A similar feat is also possible this time: the Rally Hustopeče in the MČR takes place in ŠKODA’s home market of the Czech Republic on the same weekend as the Rally Queensland in Australia.

… ŠKODA has won the APRC category at the Rally Queensland in Australia for the past four years in a row? In 2012, Australian Chris Atkinson won for the first time in a FABIA SUPER 2000. The same car proved to be unbeatable in subsequent years. Finland’s Esapekka Lappi won in 2013, Jan Kopecký (CZ) was victorious in 2014, and Swede Pontus Tidemand took victory last year. As such, each of the three current ŠKODA Motorsport works drivers has tasted victory in Australia.

… ŠKODA has gone on to claim the APRC title each time it has won the iconic rally in Australia? Chris Atkinson was champion in 2012, while Gaurav Gill was crowned rally king of the Asia-Pacific region in 2013. He was succeeded on the throne by Jan Kopecký in 2014, before Pontus Tidemand won the prestigious title in 2015.

… the origins of the Rally Queensland date back to 1968? That was when the rally’s predecessor was held for the first time. The race has belonged to the Australian Rally championship since then, making it the longest-standing round of the championship.

… the Rally Queensland in Australia first formed part of the FIA Asia-Pacific Rally Championship (APRC) in 2009?

… the Rally Queensland was originally held near Brisbane? Since 1997, it has taken place inland of the Sunshine Coast, a good 150 kilometres north of the city. The service park is located in Imbil.

… the rally is the only international motorsport event in the Australian state of Queensland? The event has a new promoter this year, in the form of Rallycorp.

… Australia, with an area of roughly 7.7 million square kilometres, is the sixth largest country in the world? The coast alone is 35.876 kilometres long. The Great Barrier Reef, off the coast of Queensland, is 2,300 kilometres long and the largest structure on the planet created by living creatures.