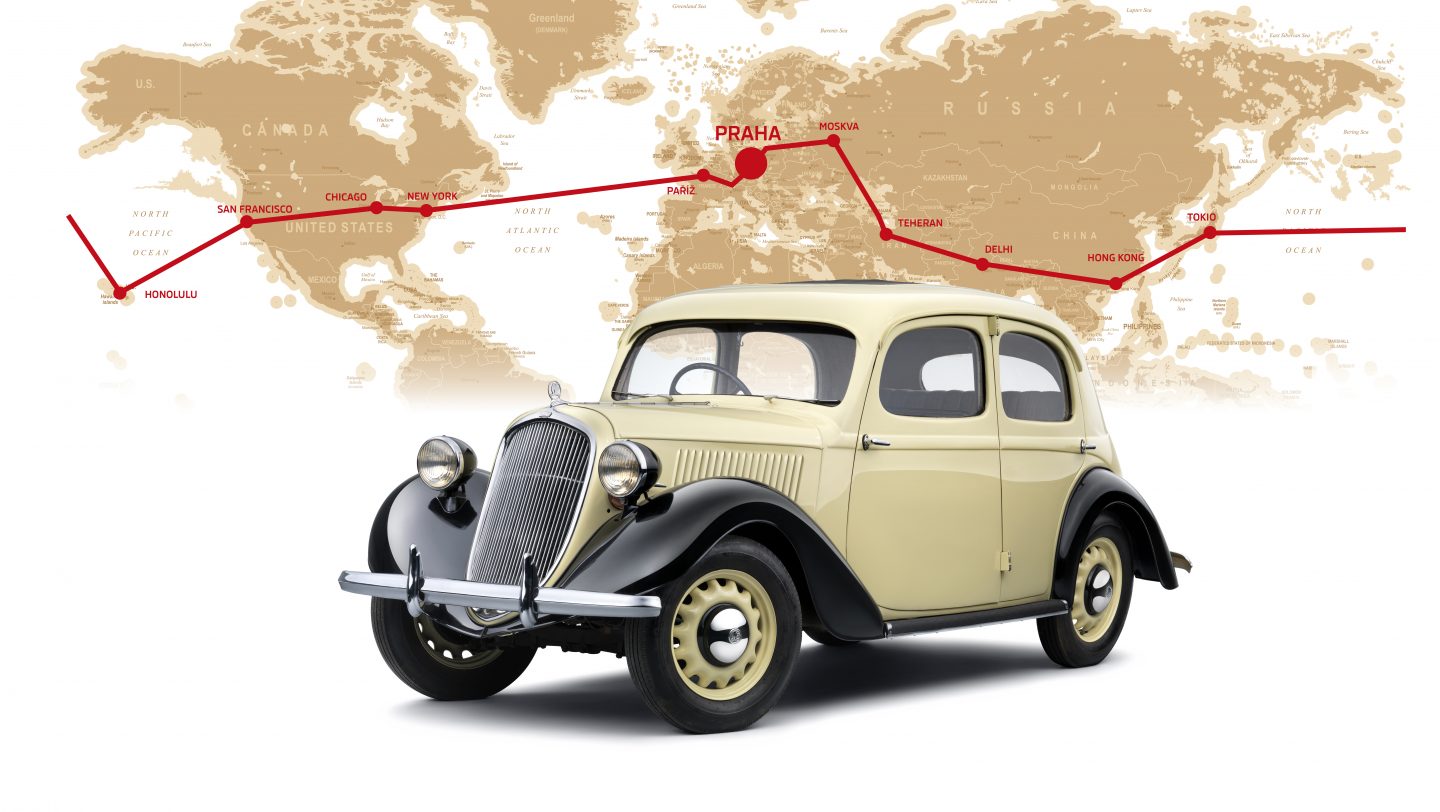 › On 1 August 1936 at 11.55 Břetislav Jan Procházka and Jindřich Kubias returned in their ŠKODA RAPID from trip round the world to Prague
› The ŠKODA RAPID drove 27,700km across 15 countries and three continents in 44 days
› In the 1930s spectacular long-distance trips put ŠKODA in the centre of attention, advertising the brand on global scale
› 1934 saw ŠKODA POPULAR complete 15,000 kilometres from Prague to Calcutta followed by 25,000km travel across Europe, USA and Mexico
› ŠKODA RAPID endured two-year-long African safari involving 52,000 kilometres in 1934
› New ŠKODA RAPID has continued success story since 2012

Mladá Boleslav, 1 August 2016 – 80 years have passed from the long-distance drive that led the ŠKODA RAPID and its crew around the world. On the 97-day trip involving 44 days of driving Břetislav Jan Procházka and Jindřich Kubias managed to drive 630 kilometres per day on average, demonstrating the exceptional robustness of the ŠKODA model. Long-distance travels of the ŠKODA RAPID and ŠKODA POPULAR stretching over 52,000 kilometres drew global attention.

“The world tour undertaken by Břetislav Jan Procházka and Jindřich Kubias demanded a great deal of the men and the car,” explains Andrea Frydlová, Head of the ŠKODA Museums. “The success of the trip highlights the high performance and build quality of ŠKODA vehicles even at that time. With their trip around the globe in the 1930s, Procházka and Kubias made a significant contribution to making the ŠKODA brand popular worldwide.”

The world tour began in Prague on 25 April 1936. The 27,700km ŠKODA RAPID expedition was led by the Prague entrepreneur Břetislav Jan Procházka (1897-1971). In the co-pilot’s seat was Jindřich Kubias (1909-1967). During their adventure the duo put their trust in a slightly adjusted ŠKODA RAPID with central tube frame equipped with a 1.4l and 23kW (31 HP) four-cylinder.

The car boasted independent wheel suspension and even hydraulic brakes. It proved to be the right choice also off the road, with most of the road network consisting of gravel tracks back then. The round-the-world trip took 97 days in total, out of which 53 days were taken up by ship transport and customs proceedings.

After the start in Czechoslovakia Procházka and Kubias drove through Germany, Poland, Lithuania and Latvia and further to the former Soviet Union. Following the stage from Moscow to Baku, Azerbaijan, the ŠKODA RAPID took a day of rest in the Russian city of Kaluga. Today the new ŠKODA RAPID, a grandson of the globe-trotting model, rolls down the assembly line in the ŠKODA plant there.

After sailing over the Caspian Sea the RAPID crossed Iran, where the crew had to endure a sandstorm. The resulting time loss forced Prcoházka and Kubias to complete the stretch from Quetta, Pakistan, to Mumbai in three days, so that they would not miss the ferry from India to Sri Lanka. Having driven through Malaysia and Singapore they were taken aboard a ship via Hongkong and Shanghai to Kobe, Japan. Passing through Honolulu the pair reached San Francisco. After 5,300 kilometres, 100 hours and 55 minutes they finally conquered the Big Apple, breaking the current record by more than nine hours. The last stage took them from the French city of Cherbourg to France and further via Paris and Nuremberg to Prague.

Model ŠKODA Rapid 1.4 SV
Travel duration 97 days
… out of that net driving time 44 days
Countries crossed 15
Continents crossed Europe, Asia, North America
Kilometres completed in the ŠKODA RAPID 27,700 km
Longest stage (per day) ca 1,000 km
Shortest stage (per day) 50 km
Fuel consumption in total 2,820 l
Average consumption 10.2 l per 100 km
Oil consumption in total 54 l
Travel costs > 89,600 crowns (in 1936)
52,000 kilometres across Africa in ŠKODA RAPID
As early as 1934, the ŠKODA POPULAR completed the 15,000 km journey from Prague to Calcutta. The travels of František Alexander Elstner (1902-1974) and his wife Eva were also legendary. They managed to cover the 25,000 kilometres across the USA, Mexico and Spain in their ŠKODA POPULAR 1.0l SV with 16kW (21 hp) engine between February and May 1936. Two years later, the couple drove a ŠKODA POPULAR 1100 OHV, which had 22 kW (30 PS), approximately 6,000 kilometers across Argentina to Buenos Aires in only twelve days.

In June 1936 Stanislav Škulina (1908-1961) and his wife Maria in their ŠKODA RAPID saloon set off on a two-year-long trip around Africa, which eventually stretched over 52,000 kilometres from Dakar to the Equator and further to Johannesburg in South Africa. After service stop at the local ŠKODA dealer they continued to the Cape of Good Hope and returned back to Prague via Egypt and the Mediterranean, where their ŠKODA RAPID arrived on 18 May 1938.

New ŠKODA RAPID continues the success story
With the new ŠKODA RAPID the Czech car manufacturer introduced the current generation of the production line in 2012. As the first model fully embodying the new ŠKODA brand design language, the saloon was followed by a hatchback, the ŠKODA RAPID SPACEBACK, in 2013. Both varieties have enjoyed popularity world-wide; in the first half of 2016 more than 102,600 ŠKODA RAPIDs were delivered to the customers. Apart from the production in the main plant in Mladá Boleslav, the RAPID also rolls down the line in Yizheng (China), Kaluga (Russia) and Pune (India). 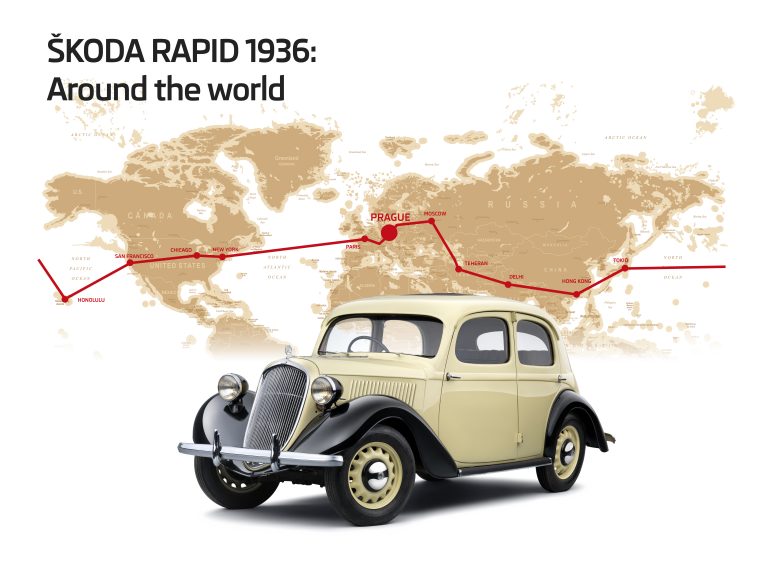 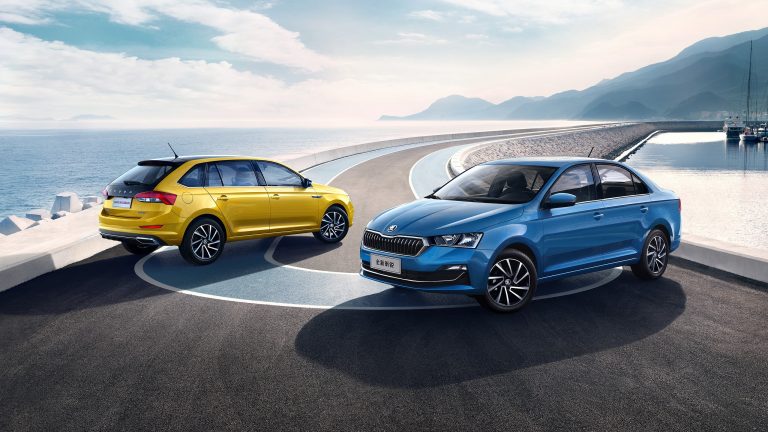 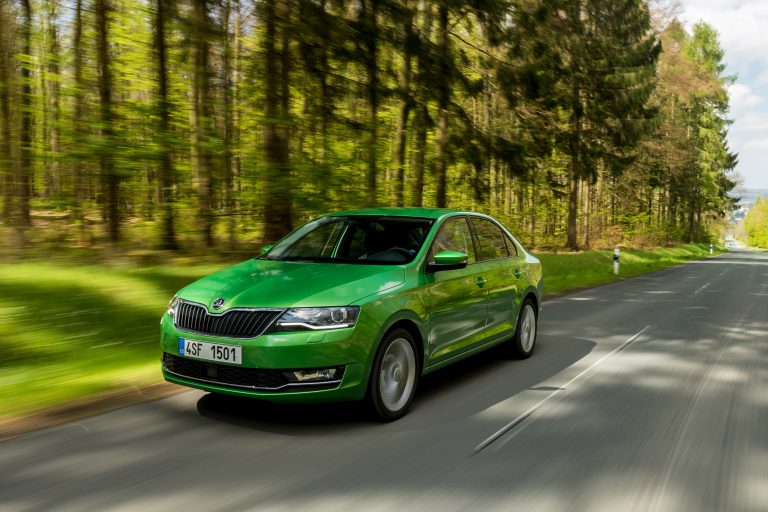 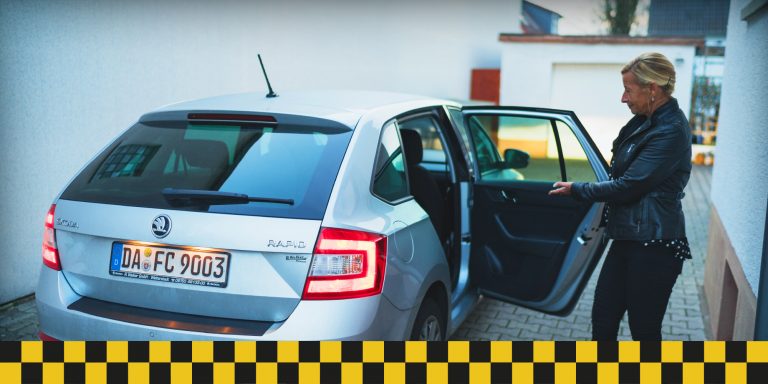 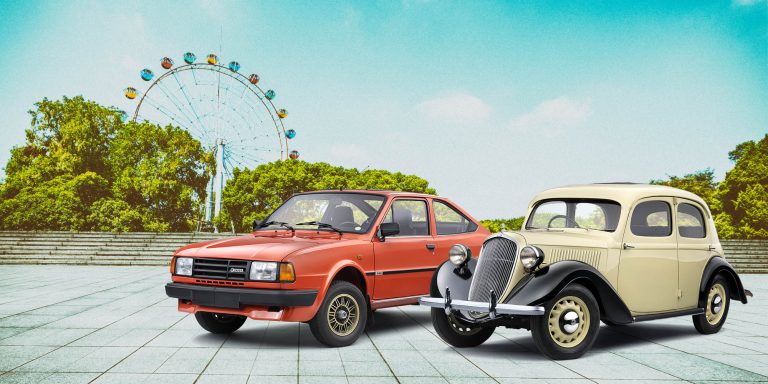 Sporty Spirit – from RAPID to RAPID 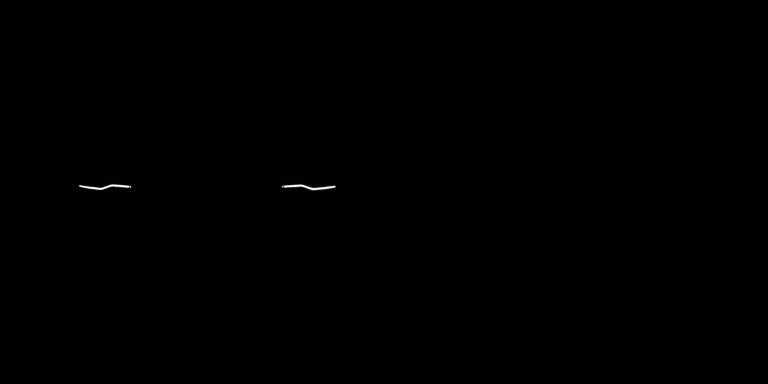