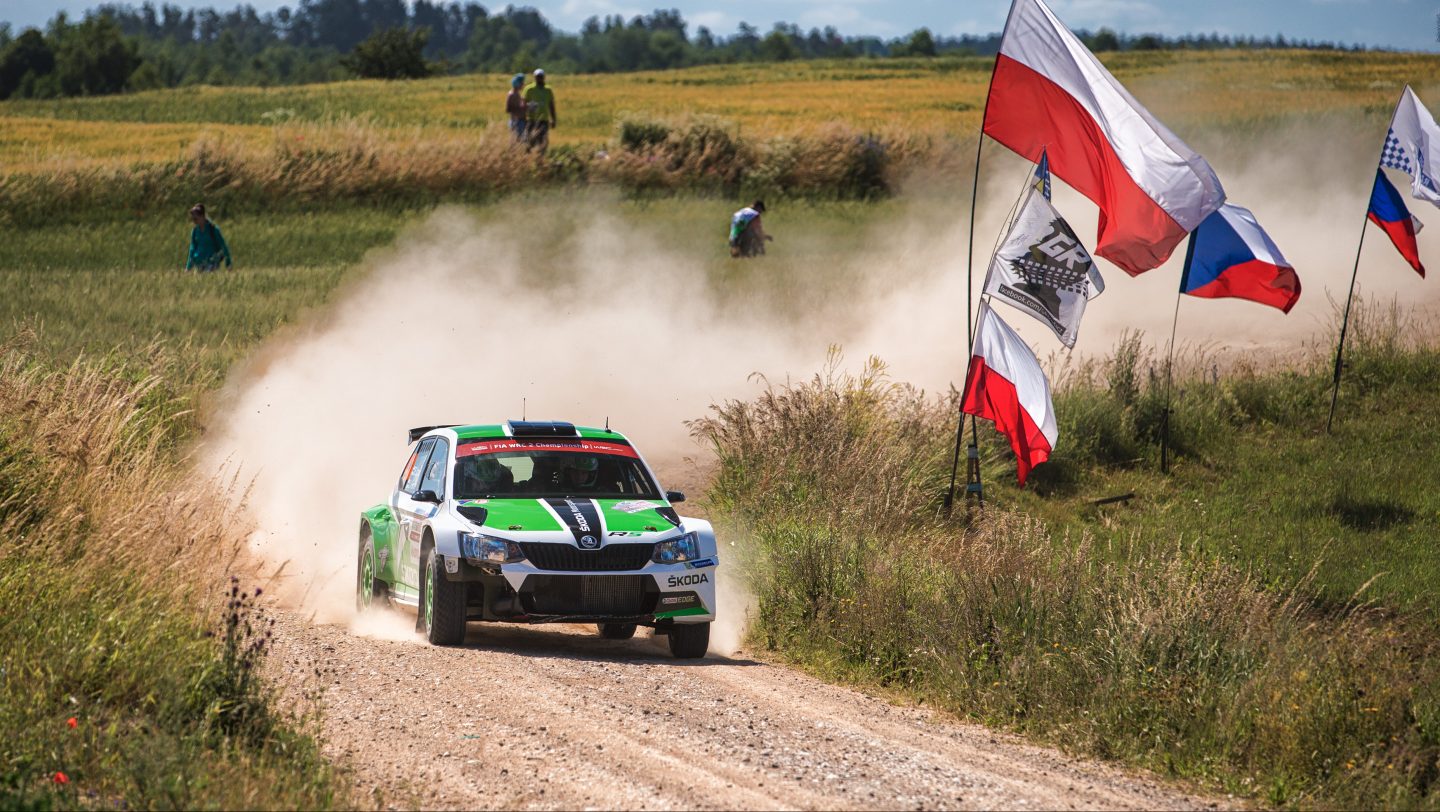 Mikolajki, 3 July 2015 – ŠKODA got off to a dream start in the new Fabia R5 at the Rally Poland. European Champion Esapekka Lappi (FIN) in the clear lead and Pontus Tidemand (S) head into the decisive weekend with a one-two lead in the FIA World Rally Championship (WRC 2) event. Lappi and his co-driver Janne Ferm (FIN) shone at the festival of top speed with five best times on the nine stages so far in glorious sunshine. 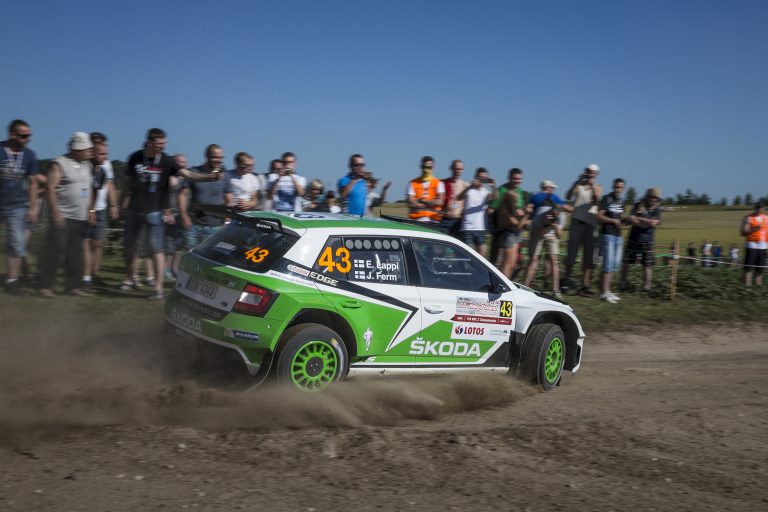 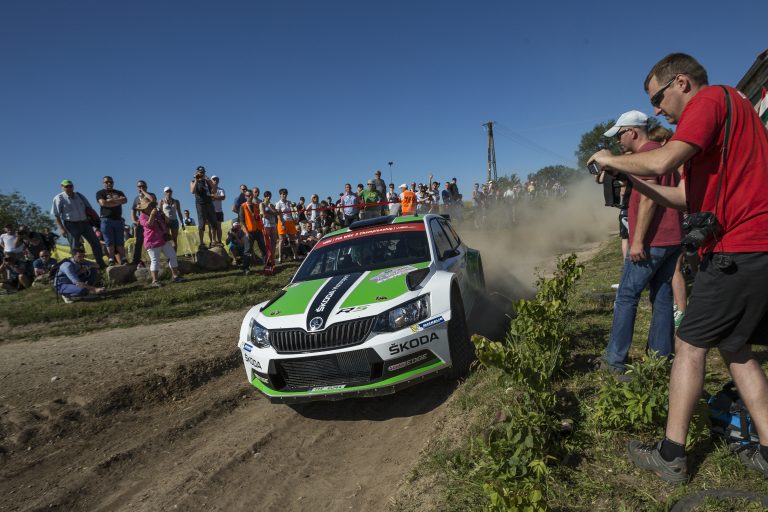 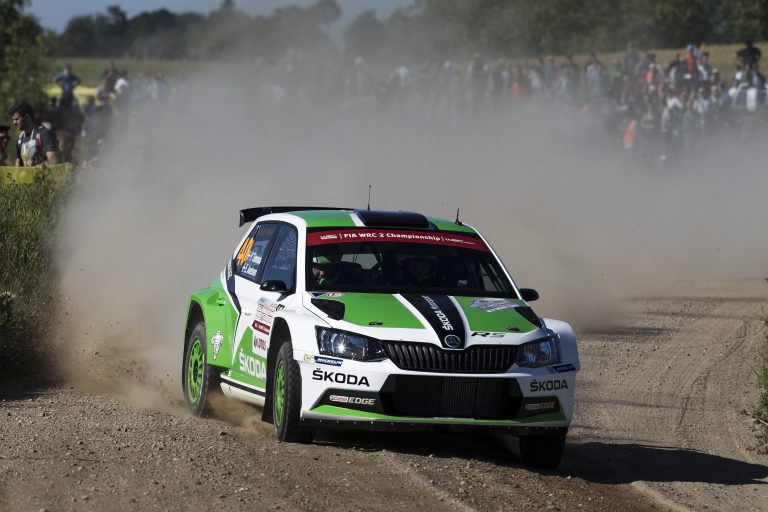 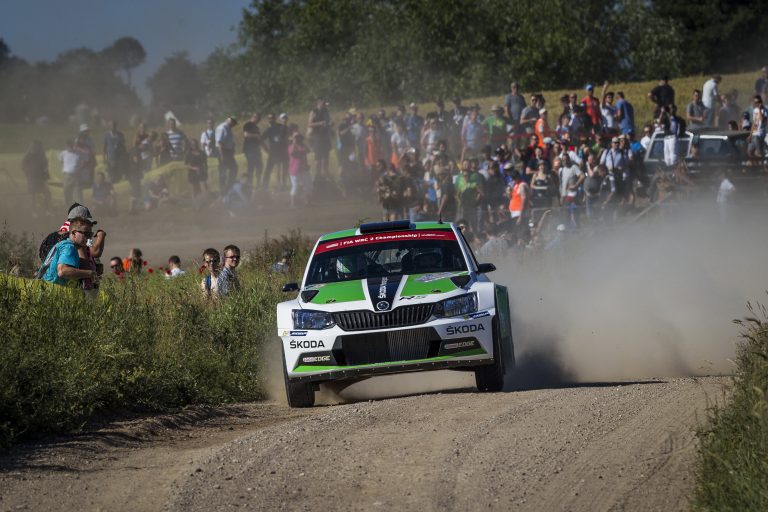 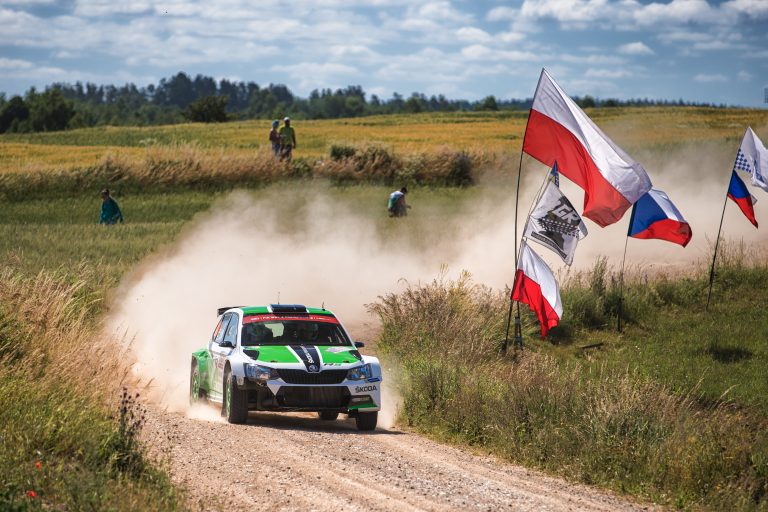 “There were no dramas, no problems, everything went superbly. It feels great in the ŠKODA Fabia R5,” enthused Esapekka Lappi. “The tracks in Poland are incredibly fast, it reminds me of my home country of Finland.” Around two thirds of the gravel tracks with short sections of asphalt in the Masurian Lake District really are driven at top speed.

Perfect for Lappi: The 24-year-old seized the lead with the best time on the first special stage on Friday and consistently extended this lead. At the end of the day, Lappi/Ferm had built up an advantage of 50.1 seconds over their team-mates Pontus Tidemand/Emil Axelsson (S). The front-runners of the Asia-Pacific Rally Championship (APRC) got their first two WRC 2 best times for ŠKODA Motorsport on special stages eight and nine.

“Naturally that rounds off a successful day. The roads are so fast, Emil’s pace notes are perfect. It’s just so much fun,” said Tidemand. The reliable Fabia R5 was also fun on a day on which the cars had to survive more than 150 kilometres of special stages without a single service.

158.49 timed kilometres across ten special stages are scheduled for Saturday and Sunday. Then it will be confirmed whether after three podium finishes in two WRC starts to date, ŠKODA can celebrate their first win with the Fabia R5 in the WRC 2 category. Lappi/Ferm won the Rally Poland once before back in 2012.

The new turbo four-wheel drive Fabia R5 enjoys success around the world: ŠKODA works driver Jan Kopecký already has three wins to his name after just three events in the Czech Rally Championship (MČR). The ŠKODA Fabia R5 has also long been known as a winning car in customer sport competitions. “Fast” Freddy Loix was victorious on his debut in the new car in the FIA European Rally Championship (ERC) in his home country of Belgium. Raimund Baumschlager is unbeaten in the Austrian championship after two starts. In the German Rally Championship (DRM), Fabian Kreim (D) and Mark Wallenwein (D) recently celebrated a one-two win in the R5.

Number of the day for the Rally Poland: 4 in the top 5

No less than four ŠKODA are in the top 5 of the WRC 2 interim standings in the Rally Poland. Alongside the two front-runners Esapekka Lappi and Pontus Tidemand of the ŠKODA works team, former European Champion Armin Kremer (D) in the third Fabia R5 was ranked fourth. Finland’s Teemu Suninen in a Fabia Super 2000 is in fifth place.