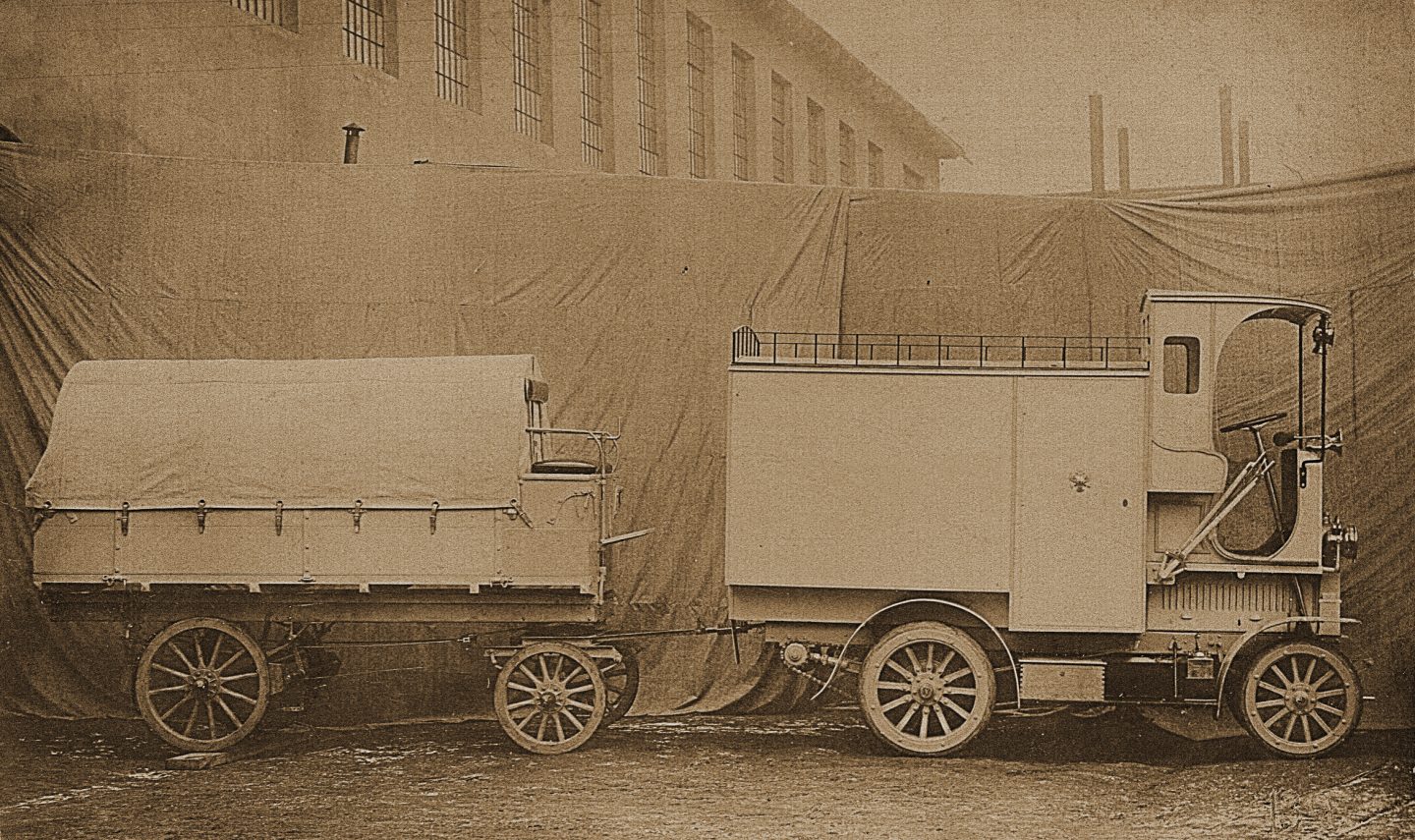 Mladá Boleslav, 6. April 2020 – Unique challenges require unique solutions. This was the case when the mountainous Principality of Montenegro was looking for commercial vehicles for passenger and parcel transportation to operate regular scheduled services in 1907. With the so-called ‘Černá Hora-Montenegro’ buses and delivery vans, Laurin & Klement offered ideally suited and innovatively designed towing vehicles from 1908. With a total length of only 3.69 metres and a width of just 1.60 metres, they were very compact, but at the same time offered space for up to twelve people or 4.8 cubic metres of freight. The maximum payload was 900 kilograms, and the trailer was designed to carry an additional 1,500 kilograms.

The ability to offer its customers turnkey solutions was always part of L&K’s recipe for success. This also applied to the commercial vehicles, which the company, founded in 1895 by Václav Klement and Václav Laurin as a bicycle repair shop, soon began to produce. In fact, as early as 1907, it had risen to become the largest automobile manufacturer in the then Dual Monarchy of Austro-Hungary, exporting 70% of its products abroad.

Therefore, it did not come as a surprise when L&K received an intriguing enquiry from Montenegro: The southern European principality was looking for suitable vehicles to transport freight and passengers along various postal routes from Podgorica to Cetinje, Nikšić and Plavnica in today’s Slovakia as well as from Cetinje to the port of Kotor on the Adriatic coast. The winner of the tender was to receive an exclusive contract for the entire national territory for the following 15 years. In addition to Laurin & Klement, Italian car manufacturers also applied for the contract.

A demanding task, as L&K General Director Václav Klement discovered on a visit to the location: The narrow roads in the mountainous hinterland of the Balkan state were characterised by steep climbs and descents as well as many extremely tight curves. These scenic routes would require very specialised vehicle designs.

To serve as the basis for the ‘Černá Hora-Montenegro’ models, the Bohemians chose the L&K Type E – this light commercial and passenger vehicle had been produced in Mladá Boleslav since 1906. The very talented and creative designer František Kec, who was only 25 years old at the time, played a major role in developing the custom-built models. Unconventional solutions were needed due to the unique nature of the project: This began with the unusual dimensions. Narrowing the front part of the Type E frame to 70 centimetres, enabled a narrow 1,300-millimetre track on the front axle. This allowed a very wide steering angle of the front wheels so that the trucks and buses could negotiate the tight curves without having to reverse. The extraordinarily short wheelbase of 2,210 millimetres was just as important as the narrow body, with a 450-millimetre overhang at the front and 1,030 millimetres at the rear.

The compact external dimensions of the Type E commercial vehicles also called for innovative ideas in terms of space utilisation because the basic layout common at the time, with a front engine and a chauffeur positioned behind it, severely limited the available space for people and parcels, given the very short overall length of 3.69 meters. The solution brought a progressive concept that is still in use today: L&K positioned the driver’s seat above the engine – thus the ‘Černá Hora-Montenegro’ models went down in history as the forerunners of today’s forward control trucks. Although the driver and co-driver sat at a lofty 1.68 metres above the ground, there were no low tunnels on the Montenegrin postal routes and the low speeds of between 20 and 30 km/h did not majorly jeopardise the driving stability of the 2.82-metre-high vehicle.

It was powered by an advanced 25.7 kW (35 hp) four-cylinder engine with a displacement of 4,652cc, which was characterised by two separate cylinder and crankcases. Its sophisticated ‘T’ cylinder head had side-valve timing, and the intake and exhaust valves were located on opposite sides of the cylinder head, which required a second camshaft. Also, with its effective circulation lubrication instead of loss lubrication and large radiator with fan and water pump, the longitudinally mounted engine proved to be an innovative design. Power was transmitted to the rear axle via a leather-covered cone clutch and a direct-shift four-speed transmission. At the rear, a differential with shock-absorbing chains arranged 830 millimetres behind the twin-tyred wooden wheels provided the drive. Solid rubber tyres solved the problem of the then very frequent punctures.

L&K’s designs based on Type E were convincing, and in July 1908 the contract was signed with the Montenegrin Ministry of the Interior. One month earlier, production of six buses, one flatbed and two vans with Type E box bodies had already begun in Mladá Boleslav. The production process was completed in November 1908: The passenger transporters could accommodate five people, who travelled in a closed cabin separated from the driver with two doors and four windows. At the rear of the vehicle was a lockable 1.3m3 cabinet for mail. There was also a so-called summer body with a roof, which dispensed of the glazed side panels and mail cupboard in favour of two longitudinal benches for five passengers each. This increased the number of seats to a total of twelve.

The box body of the vans held a total of 4.8 m3 and 900 kilograms of freight. Additional transport volume was provided by a two-axle trailer with a payload of 1,500 kilograms. It had a tarpaulin cover, and in addition to its own brake, it utilised a brake made of beech wood via a horizontally mounted crank wheel, which acted on the rear wheels.

In January 1909, the special vehicles of Laurin & Klement successfully passed the operational test in Montenegro. In the spring of the same year, they went into operation on all four routes. The final unit in this ‘post-series’, the flatbed truck, rolled into the then capital Cetinje in the summer of 1909. Prince Nikola I. – the future king of the country – was so happy with the reliability and the tremendous utility value of the L&K models that he awarded silver medals to some of the drivers.  The young Bohemian company Laurin & Klement was also delighted to have boosted its reputation with this order.

The Czech custom-made products were in civilian service until 1912 when they were used by the Montenegrin army and the Red Cross in the First Balkan War, which lasted until 1913. After the end of the fighting, the vehicles returned to the renewed postal routes, until the First World War in January 1916, when Austria-Hungary attacked Montenegro, also affecting the small country in the Balkans. As far as we know, none of the buses, delivery vans or platform trucks from the ‘Černá Hora-Montenegro’ range have survived to this day. 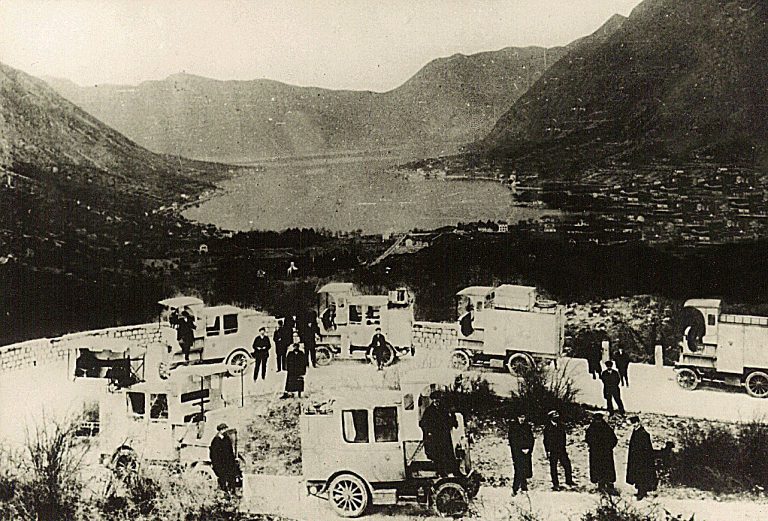 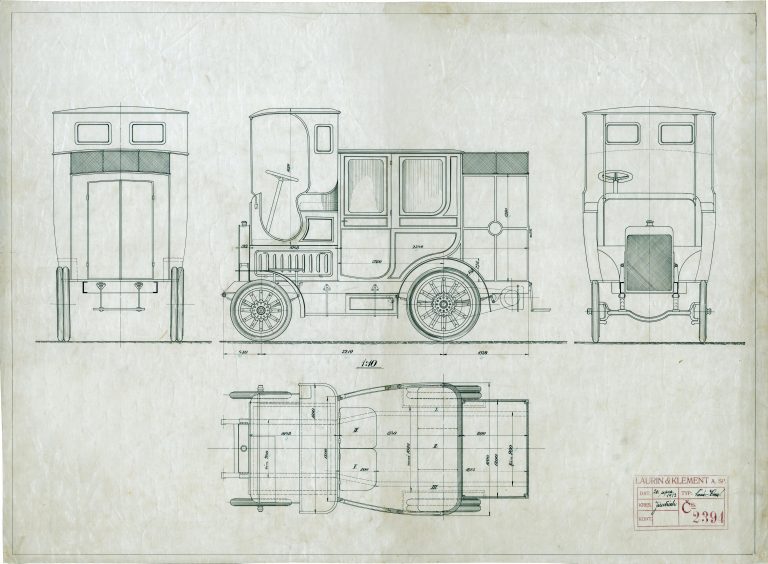 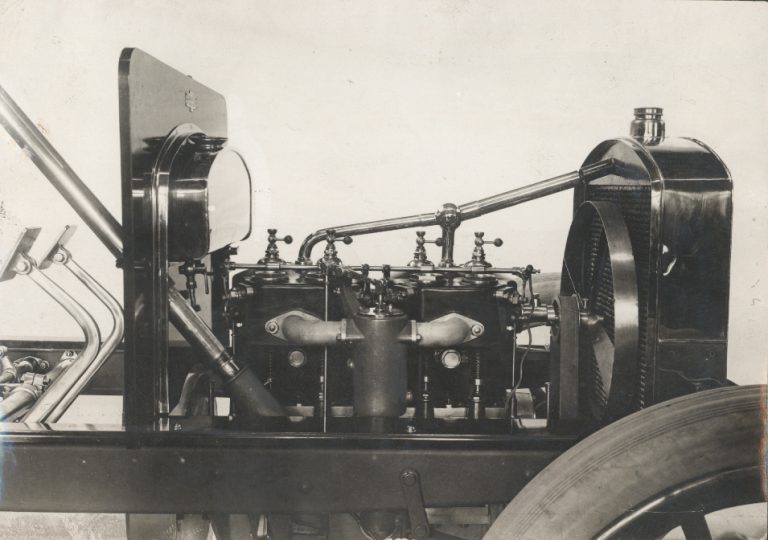