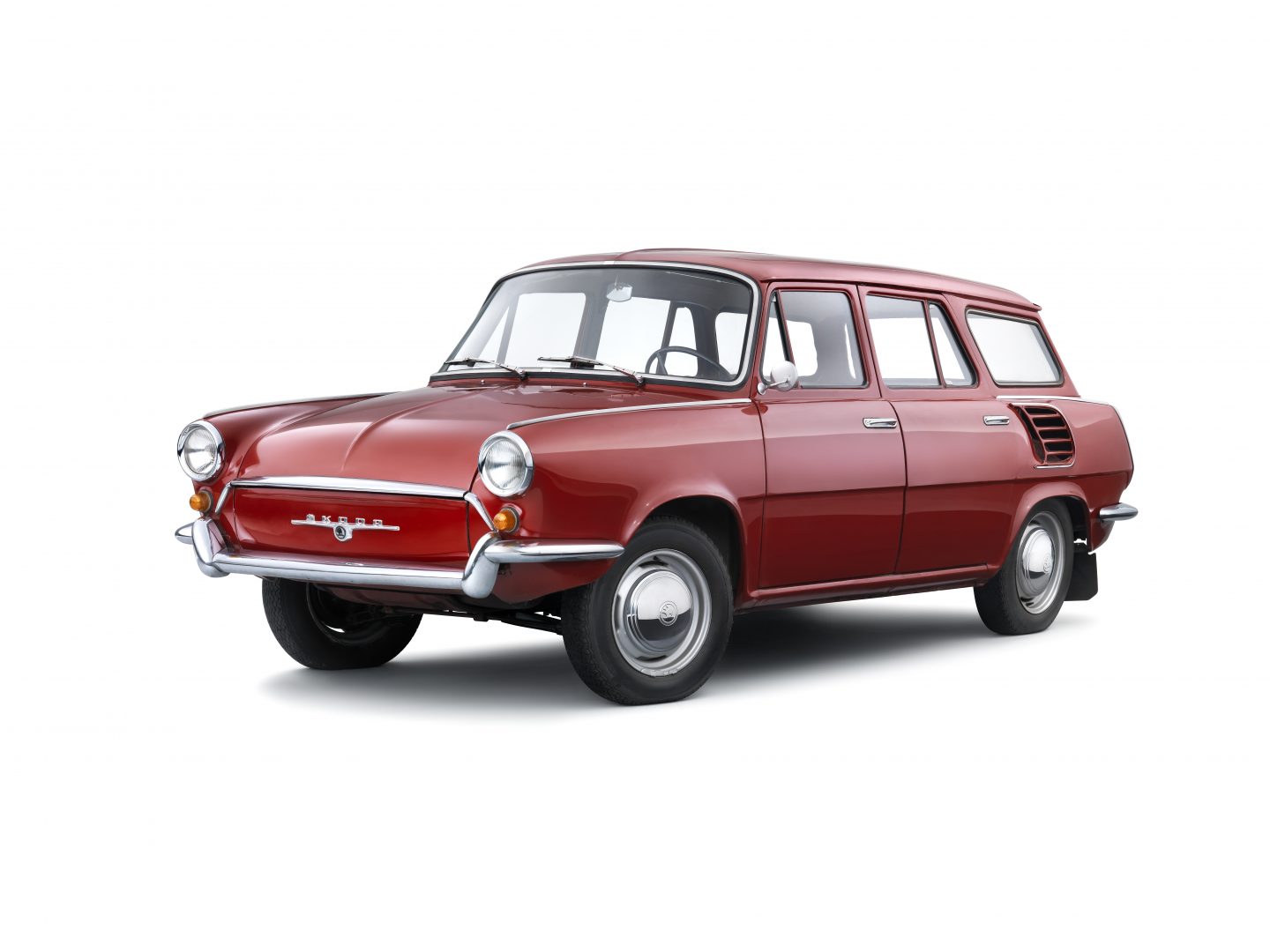 › New series: Review of special models from the company’s history
› Only a single copy of the prototype of the rear-engine ŠKODA type 990 "Hajaja" estate car from 1963 was built

Mladá Boleslav, 21 April 2020 – The legendary ŠKODA 1000 MB with a rear-mounted engine and rear-wheel drive was one of the world’s most modern vehicles in the one-litre class in the mid-1960s. The basic version of the model, also known in the Czech Republic as ‘Embéčko’, was a four-door notchback – although there were also plans for a coupé, a roadster and an estate. The only estate ŠKODA Type 990 ‘Hajaja’ (1963) ever produced can be seen today as a permanent exhibit at the ŠKODA Museum in Mladá Boleslav.

Estates have traditionally played an important role in ŠKODA’s model range. The L&K 110 model, which was offered with an exchangeable or combinable rear module in the mid-1920s, is considered a pioneer. On weekdays, the vehicle would be used as a delivery van by tradesmen, on Sundays, it became a family car for excursions. From 1934 onwards, the light commercial vehicle variants of the POPULAR model series with 300 kg payload were so popular that well-known companies such as Baťa and Julius Meinl began using them as fleet vehicles. At the end of the 1940s, the estate car or ‘station wagon’ (STW) was developed, alongside van bodies, based on the ŠKODA 1101/1102 ‘Tudor’. In addition to a significantly larger windscreen and more extensive equipment, it was distinguished by its interior versatility. A loading area up to 1490 mm long and 980 to 1390 mm wide was created by folding down the rear seat. The production version, which rolled off the assembly lines in Vrchlabí and Kvasiny, was preceded by numerous prototypes. The spacious ŠKODA 1200 STW estate was built in Vrchlabí from the spring of 1953; a modernised version – the 1201 STW – was produced until October 1961. This was followed by the ŠKODA 1202 STW that was part of the ŠKODA model range for the following 12 years.

But ŠKODA’s most popular estate model was the OCTAVIA COMBI. The first prototype was created in September 1959, and a year later the vehicle attracted considerable interest at its premiere in Brno. From 1961 to 1971, 54,086 units left the plant in Kvasiny. The car was also in demand abroad. In 1966, a remarkable 72 % of all estates manufactured were exported. From 1997, the first modern generation of OCTAVIA COMBI models continued to build on this success.

In spring 1959, preparations began in Mladá Boleslav for the ŠKODA 1000 MB model, one of the greatest technological innovations in the history of the company, which at the time was almost 65 years old. The construction with a chassis frame was to be replaced by an innovative self-supporting body. In addition, the company turned away from the classic concept of a front-engine and rear-wheel drive and shifted the entire drivetrain to the rear – a very modern concept worldwide at the beginning of the 1960s. At the same time, the Mladá Boleslav plant built new, state-of-the-art production facilities of the highest international standard. In April 1964, the first notchback model of the 1000 MB rolled off the production line there. With the help of the plants in Kvasiny and Vrchlabí, ŠKODA’s total production almost quadrupled in just ten years between 1963 and 1973 – from 42,550 to 162,208 units per year.

Project 990 NOV (nový osobní vůz – new passenger car) led the way to the production model ŠKODA 1000 MB. Its development began in 1959 in Mladá Boleslav, and by October 1961, a series of fifty prototypes had been produced. Besides several variants of the closed four-door notchback bodywork, work was also carried out on alternative four-door versions without an upper B-pillar, similar to the later production vehicle ŠKODA 1000/1100 MBX. An open ŠKODA Type 990/991 Roadster with 2+2 seats and rear engine was also created as a prototype. In February 1963, the conversion of the 34th prototype from the NOV series comprising 50 vehicles was completed. A notchback vehicle with more than 31,000 kilometres on the clock was converted into an estate. The designers were faced with the problem of having to place the engine in the rear under the boot floor. The in-line four-cylinder was positioned horizontally with the cylinder head to the left. This engine mounting position was given the nickname ‘Hajaja’, which was the name of a radio series of bedtime stories at that time. To the right of the engine was a water cooler because unlike similar models designed by foreign competitors, ŠKODA did not rely on air cooling.

The cargo area was accessible through an upward opening tailgate fixed in the upper position with a metal strut. Objects with a length of up to 1600 mm could be transported in the 4150 mm long, 1620 mm wide and 1400 mm high estate model. The wheelbase of 2400 mm corresponded to that of the standard notchback. The position of the engine behind the driven rear axle made space for a second luggage compartment in the front of the vehicle, which at the same time served as a crumple zone. After deducting four persons each weighing 75 kg from the 380 kg payload, 80 kg remained for luggage. The unladen weight of 811.5 kg was 61 % on the rear axle, but this figure fell to 59.5 % when fully loaded.

During its three-week test programme, in which the prototype completed around 7000 km in May and June 1963, consumption of 7.6 l per 100 km was measured at an average speed of 74 km/h. The four-cylinder engine with a 988cc displacement and an output of 42 hp (31 kW) at 4650 rpm accelerated the ‘Hajaja’ to a top speed of 115 km/h. The vehicle’s advantages included its spacious interior and generous amount of room in the two luggage compartments. Its disadvantages were the complicated engine installation under the luggage compartment floor, which made maintenance considerably more difficult. There were also problems with cooling the four-cylinder engine due to the limited space available. This was one of the reasons for the decision not to include this estate car in the model range. ŠKODA instead focused on launching the series production of the hugely successful notchback 1000/1100 MB. Between 1964 and 1969 440,639 units of this model were delivered to customers. The only derivative of the series-produced notchback model was the attractive two-door 1000/1100 MBX without upper B-pillars (1966 – 1969: 2517 units delivered). Due to customer demand for a practical estate model, the OCTAVIA COMBI was produced until 1971.

The only prototype of the ŠKODA Type 990 ‘Hajaja’ ever produced is now an exhibit at the ŠKODA Museum in Mladá Boleslav. 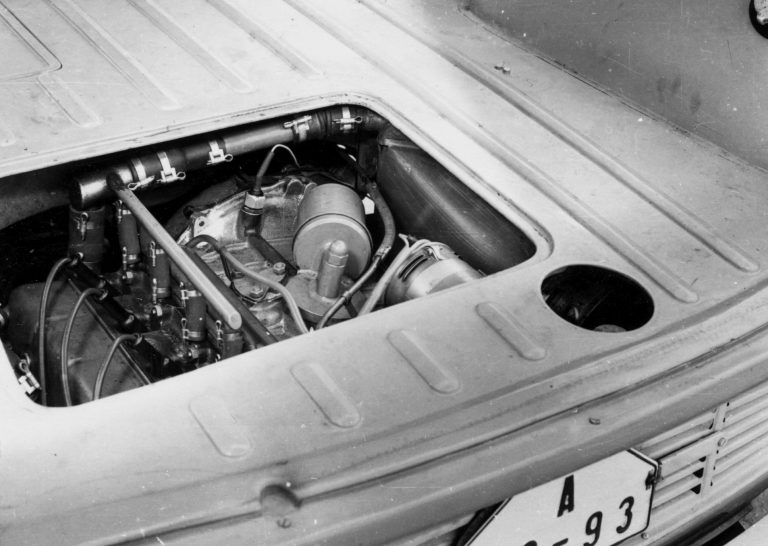 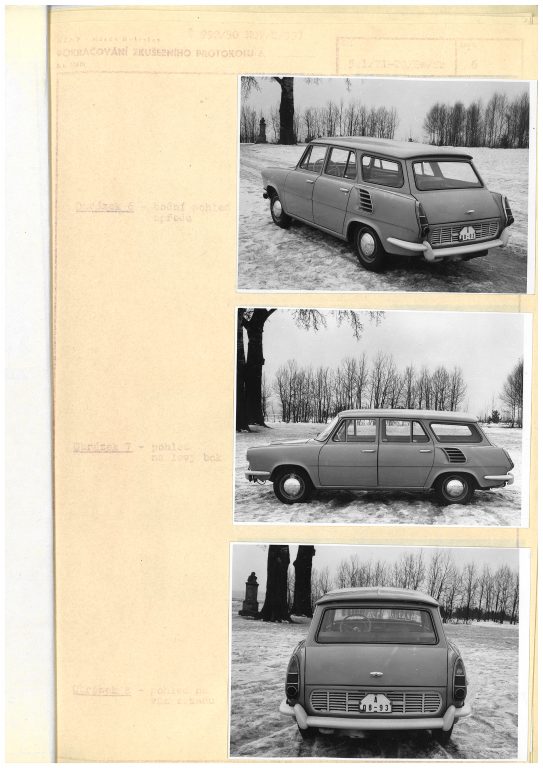 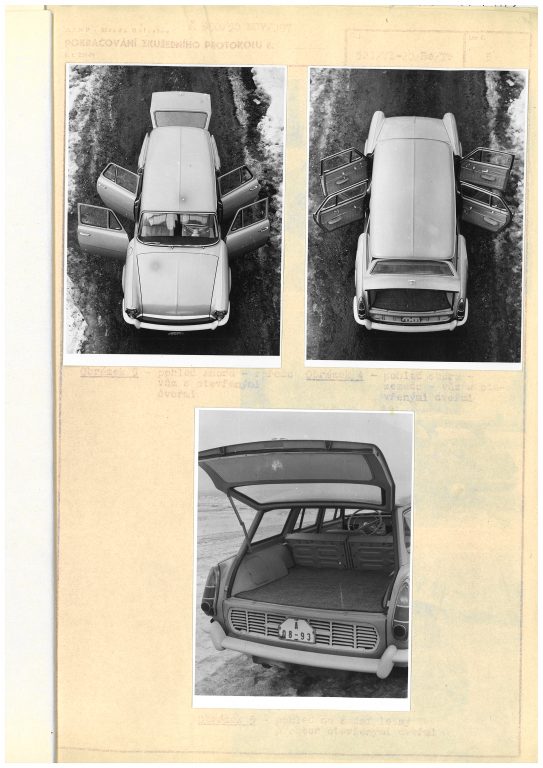