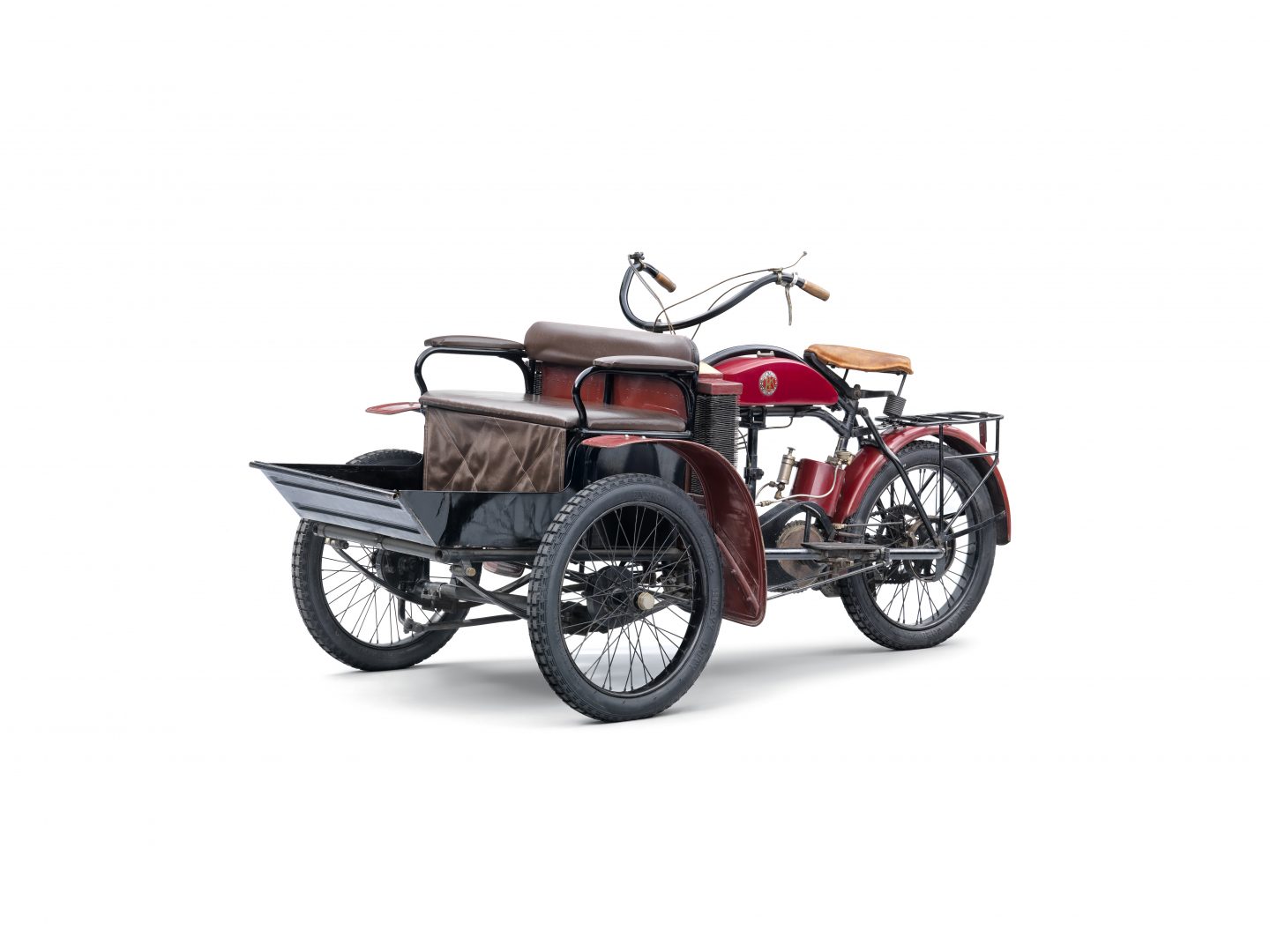 Mladá Boleslav, 1 April 2020 – In 1905, Laurin & Klement produced not only the young company’s first automobile, the Voiturette A, in Mladá Boleslav but also the more compact LW three-wheeler: Driven by a 3.7 kW (5 hp) water-cooled single-cylinder engine, the practical, 160-kilogram light transport vehicle reached speeds of up to 40 km/h. The driver sat on a motorbike saddle above the rear axle, looking forward over the heads of the passengers or the roof of the cargo area, which could hold up to 200 kilograms.

As one of the oldest automotive brands in the world that is still active today, ŠKODA can look back on 125 years of history this year. With the mechanic Václav Laurin and the bookseller Václav Klement, two young entrepreneurs set up their own bicycle repair shop in Mladá Boleslav in 1895. Just one year after releasing their own bicycles under the name SLAVIA, they launched the first self-designed motorcycles on the market in 1899. They were driven by single-cylinder engines, also manufactured by Laurin & Klement, which soon opened the door to a wide range of products. In 1903, the V-two-cylinder type CC became one of the first mass-produced engines in the world. As early as 1904, licensed production began in Germany under the brand name Germania.

In the same year, the young Czech company introduced the CCCC, its first in-line four-cylinder engine, and expanded its two-wheeler range to include models with water-cooled engines, such as the single-cylinder ‘LW’ model. This was based on the most popular ‘L’ model and, like the other water-cooled machines, had the letter ‘W’ for ‘Water’ in its type designation. With a displacement of 600cc, the LW reached a remarkable top speed of 70 km/h. Still, only ten units were sold between 1903 and 1905: with its cylindrical radiator, whose ribs spanned the frame at the level of the steering head bearing, it was probably too complicated for the customers of the time. By comparison, 965 customers opted for the basic air-cooled model in the same period.

It was not until the three-wheelers based on the LW motorbike, which, unlike the two-wheelers, carried the engine in front of the chain-driven rear wheel, that the advantages of water cooling really came into their own: The seating position of the passengers or the loading box above the front axle restricted the three-wheelers’ supply of cooling air. Another hurdle on the way from the motorcycle to the three-wheeler was that the engine capacity of up to 0.8 litres also increased the resistance to starting the engine, which at that time was started by pushing it. A decompression lever simplified this complicated process: it kept the exhaust valve open and thus reduced the backpressure in the cylinder when the engine was moving. When it was released, the engine built up the necessary compression again and started. The decompression lever could also be used to switch the engine off, and in an intermediate position, the lever allowed the engine speed to be reduced for a short time without adjusting the carburettor.

However, the decompression lever was no longer sufficient to move larger and heavier motorcycles with sidecars, trailers or a front-mounted car for passengers. So Václav Laurin’s design team developed an idle hub and clutch and installed a two-speed gearbox. This allowed the engine to be started even when the vehicle was stationary.

This innovation made the practical and agile commercial vehicles from L&K very attractive for owners of small businesses and state postal services. There was a choice of motorcycles with cargo sidecars or tricycles, which were assembled from proven LW components. Soon, postmen in Vienna were using the Czech models to transport their consignments, Budapest and Prague followed shortly afterwards. A remarkable record from that time shows how much easier L&K’s commercial vehicles made the postmen’s work: on 20 June 1906, delivery man Kundert managed to empty 37 Prague post boxes within 58 minutes – on foot, it would have taken him 2.5 hours for the same task.

Because of such successes, the L&K models were soon in demand in other international markets. In 1908 some Laurin & Klement three-wheelers of the ‘LW’ type, as well as motorcycles with trucks, went as far as Mexico.  Their single-cylinder engines differed from the predecessor models of the same name with a displacement of 780cc and an output of 3.7 kW (5 hp). A rigid tubular frame served as the chassis for the three-wheeled Laurin & Klement LW, the front axle with a track width of 1,150 millimetres was suspended from two semi-elliptical leaf springs. The wheelbase was 1,650 millimetres; the driven rear wheel was unsprung. The band brake only acted on the rear wheel; later all three wheels were braked.

The water cooler located in front of the engine consisted of two tightly ribbed, laterally placed elements and the cooling circuit worked according to the ‘thermosiphon’ principle: the lighter hot water flowed into the cooler from above. As the temperature dropped, it sank due to its higher density and was led back down to the engine – the warmer the engine, the better this effect worked.

The surface carburettor was also heavily reliant on the temperature due to its design. Since the fuel mixture was formed by free evaporation of the gasoline in a small container, it did not need an injector, but this worked much better in summer temperatures than in the cold. The carburettor was also developed in-house by L&K, as was the ignition with an electromagnetic low-voltage inductor and contact breaker. The driver initially took care of the lubrication of the engine himself using a hand pump. An automatic system with adjustable output was used later; the oil was delivered to the right places via pipes.

The unladen weight of the LW three-wheeler was 160 kilograms; the maximum possible payload was 200 kilograms. This meant that two passengers could sit on a leather-covered double seat, which was also optimally protected from splash water and dust by a sheet metal underbody. In the freight variant, a box body was located in front of the radiator. Additional items of luggage could also be strapped to a tubular frame that served as a cover.

Laurin & Klement kept the three-wheeled LW in their range from 1905 to 1911. Today there are probably only three surviving copies and a separate engine. One of these vehicles is currently on loan from the National Technical Museum in Prague and can be seen at the ŠKODA Museum in Mladá Boleslav.

The upcoming parts of the series on lesser-known models from Laurin & Klement and ŠKODA are dedicated to the following:

All texts will gradually be posted on the ŠKODA Storyboard. 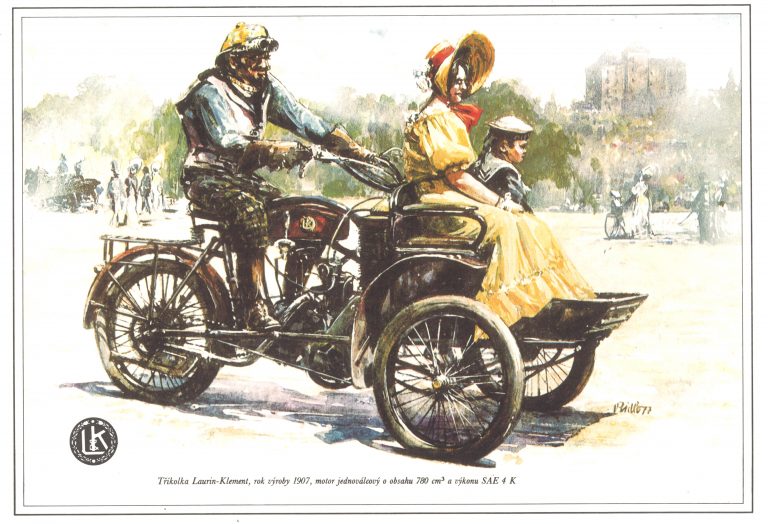 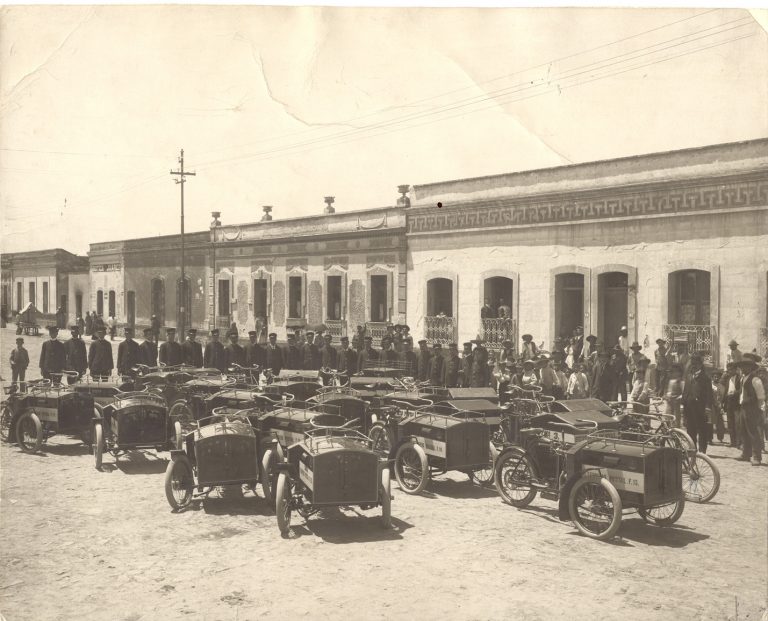 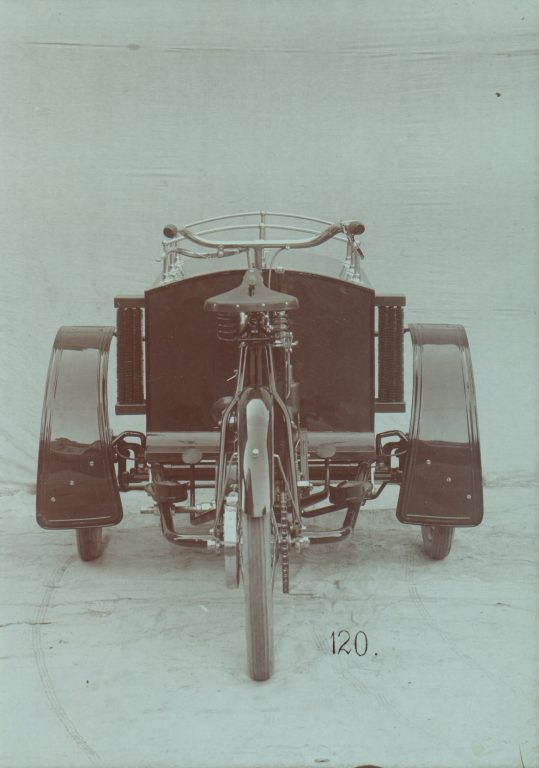