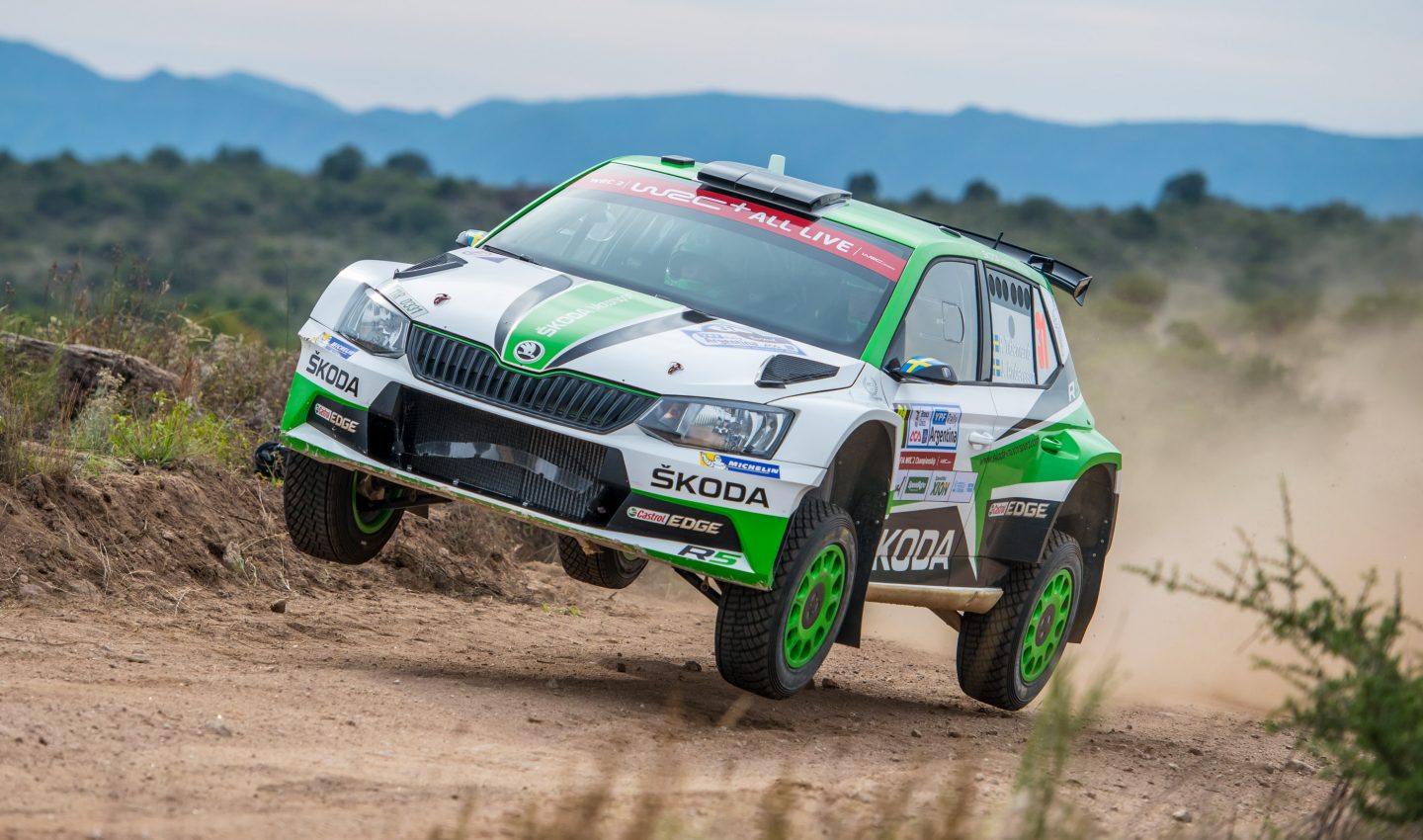 › After day two of the 2018 World Rally Championship’s fifth round ŠKODA works crew Pontus Tidemand and Jonas Andersson lead the WRC 2 category by 20.2 seconds
› 17 years old Kalle Rovanperä and co-driver Jonne Halttunen currently second despite a mishap in stage two, when they damaged the roof ventilation of their ŠKODA FABIA R5
› ŠKODA crews dominate WRC 2 category winning all stages on Thursday and Friday
› ŠKODA juniors Ole Christian Veiby and Stig Rune Skjaermœn take part without being registered for WRC 2 championship points, currently third in RC 2 class
› ŠKODA Motorsport boss Michal Hrabánek: “Pontus and Kalle are really fast on the tough gravel roads. But I’m sure they know, that they have to avoid unnecessary risks.” 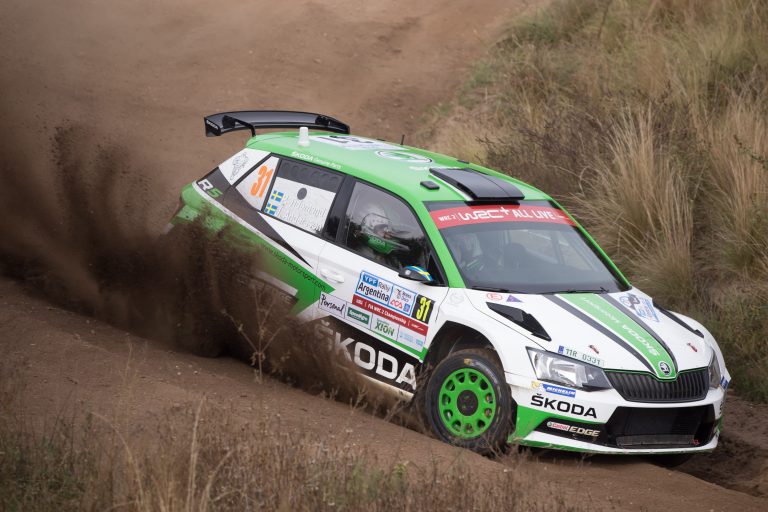 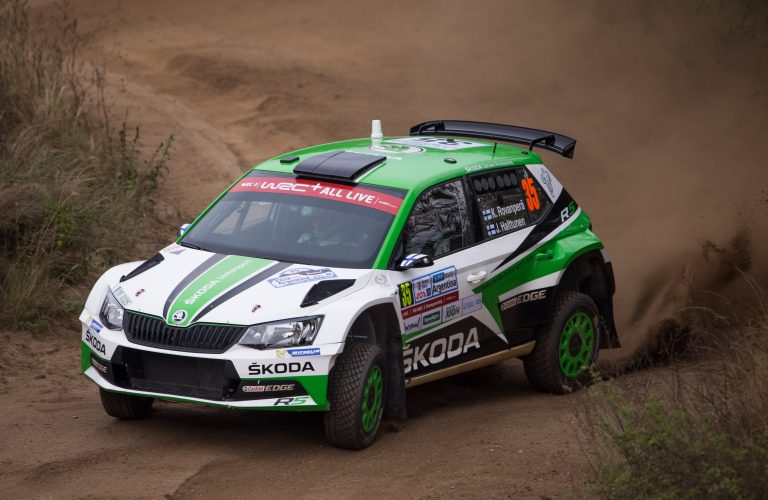 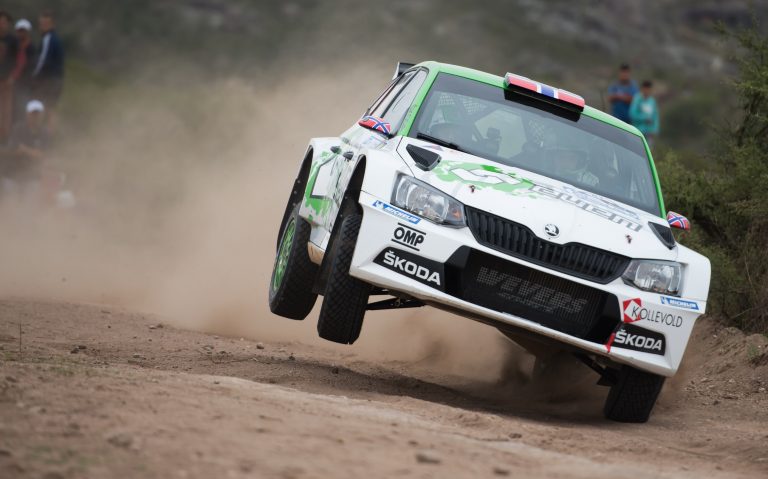 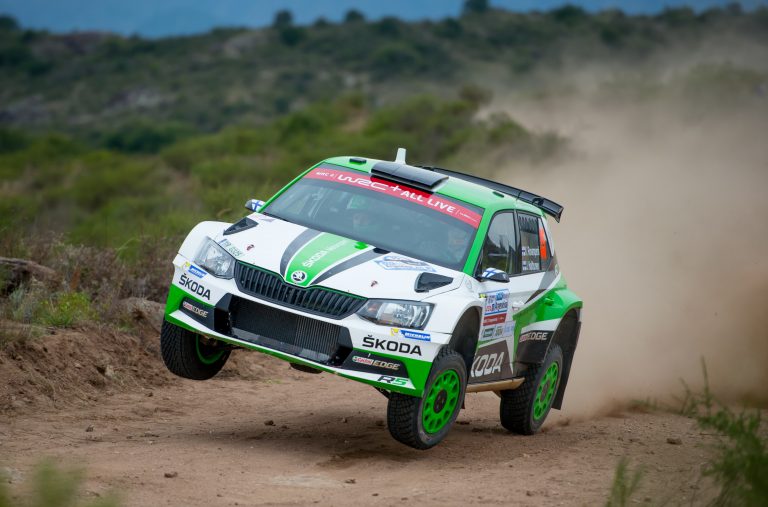 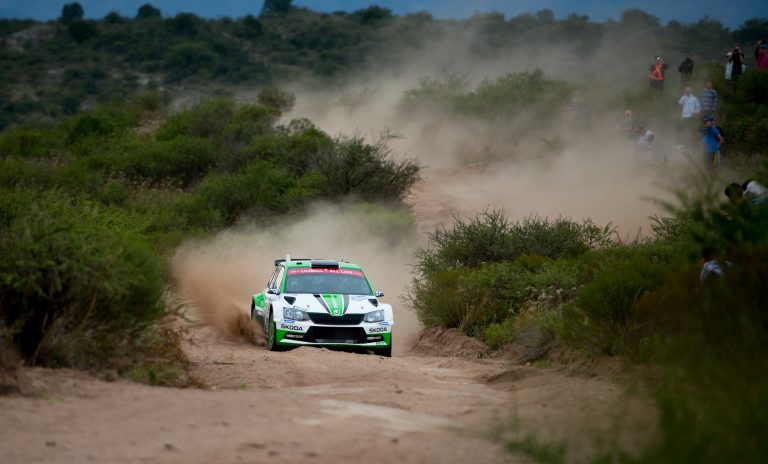 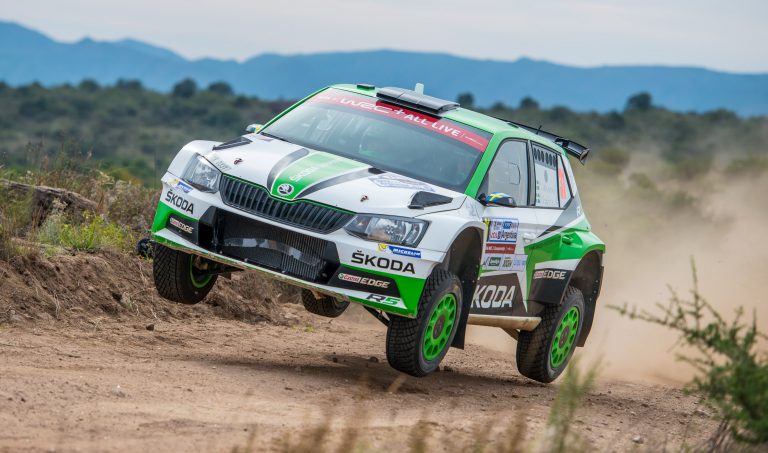 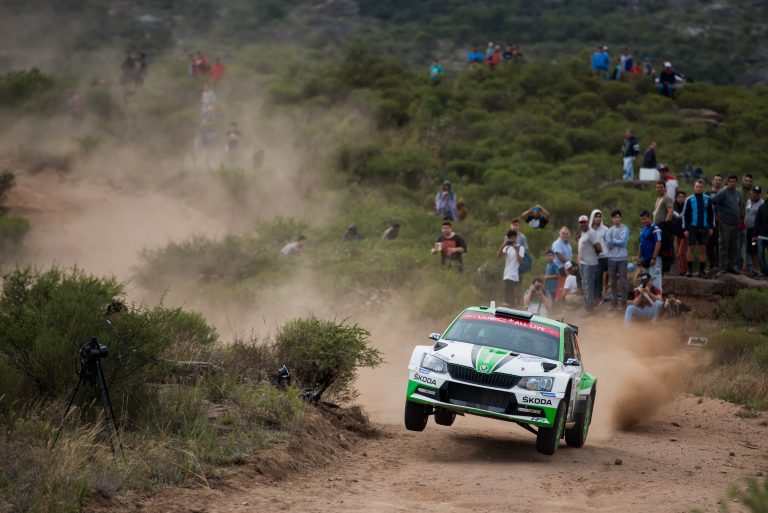 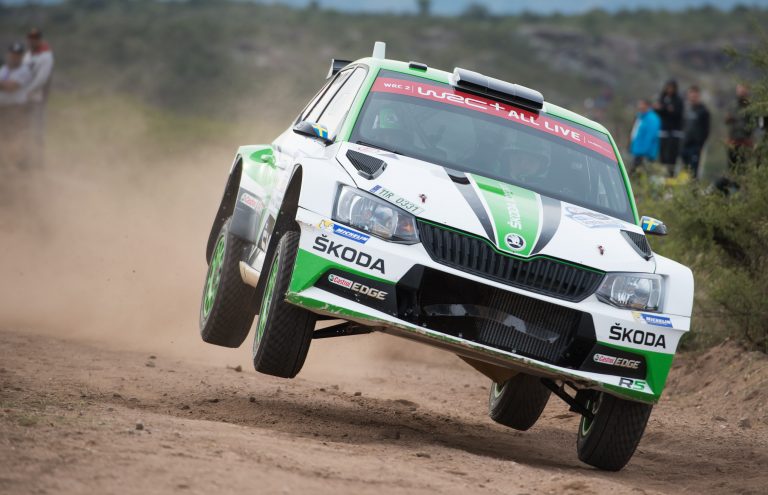 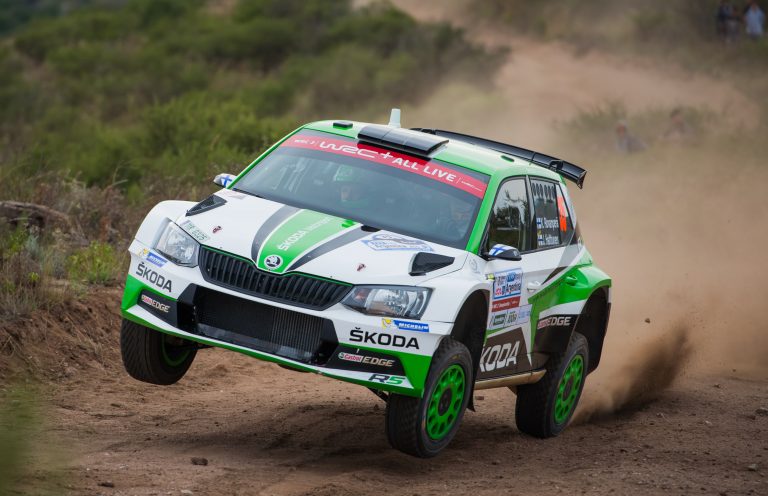 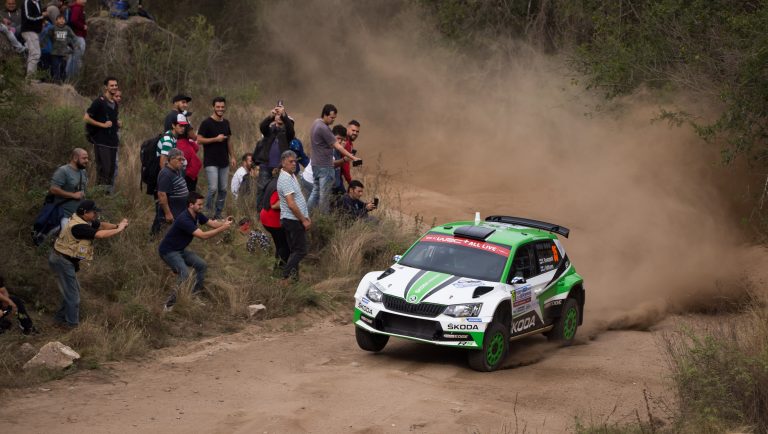 Rally Argentina, fifth round of the FIA World Rally Championship (WRC), from the start line saw a tense fight in the WRC 2 category between ŠKODA Motorsport factory crews Pontus Tidemand/Jonas Andersson (SWE/SWE) and Kalle Rovanperä/Jonne Halttunen (FIN/FIN). Rovanperä, 17 years old only, opened the duel by setting the first fastest time on the opening show special stage in the streets of Villa Carlos Paz, followed by Tidemand.

When the rally moved to the gravel roads of the Argentinian pampa on Friday morning, Pontus Tidemand moved into the lead with the fastest time. Kalle Rovanperä had a moment on the second stage. “There was a lot of dust, and at one junction, we missed a corner and slid off the road. A wire of a fence cut the roof ventilation cover away leaving virtually a hole on the roof. My co-driver Jonne had to hold the debris falling into the interior with one hand and his pace note book with the other one,” he commented.

Due to this mishap, the Finnish youngsters lost more than half a minute in this stage and dropped to fourth position. With three fastest times in a row they moved back to second position in WRC 2 at the end of the morning loop.

After the midday service, Pontus Tidemand fought back and set the fastest time on the sixth stage, defending his lead against his young teammate Kalle Rovanperä. But one stage later, it was Tidemand’s turn to report bad luck: “I got a slow puncture on the front left of my ŠKODA FABIA R5 a few kilometres from the end of the stage.” Rovanperä scored his fifth fastest time and again reduced the gap to Tidemand. But the Swede finished the day off by winning the last stage. At the end of day two they are separated by 20.2 seconds.

O.C. Veiby, who in Argentina is not registered to score points for the WRC 2 championship, also showed a strong performance on the Argentinian gravel roads, drove the fastest time in the RC 2 class on the second stage and at the end of Friday lies third in the class.

ŠKODA Motorsport boss Michal Hrabánek commented: “It was again a very successful day for ŠKODA. Pontus and Kalle are really fast on the tough gravel roads. But I’m sure they know that they have to avoid unnecessary risks. It is still a long way to go. O.C. Veiby, who is, as well as Kalle, competing in Argentina for the first time, is also delivering a great performance!”

Number of the day: 8
All of the fastest times in the WRC 2 category on Thursday and Friday were set by the ŠKODA works crews, Rovanperä/Halttunen winning five and Tidemand/Andersson winning three stages. 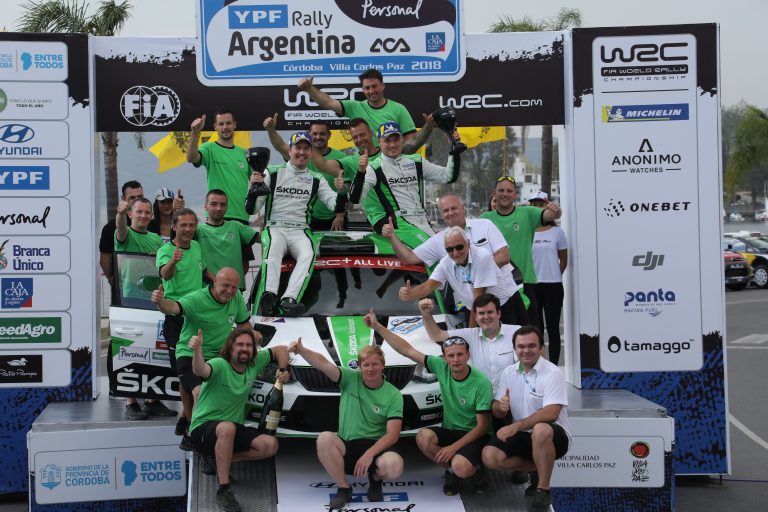 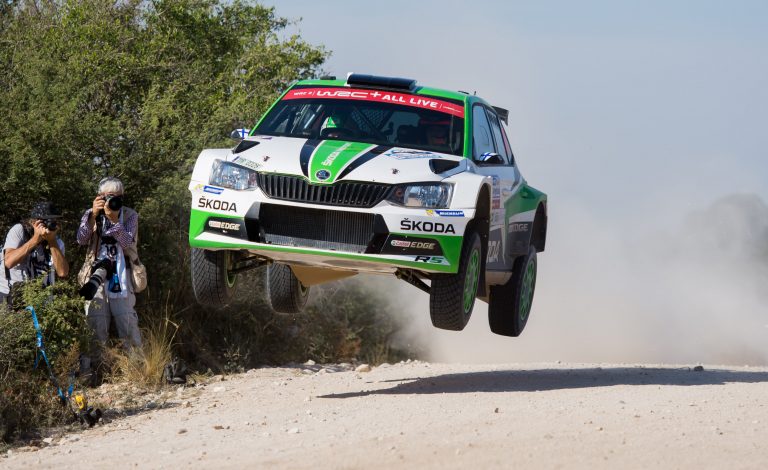 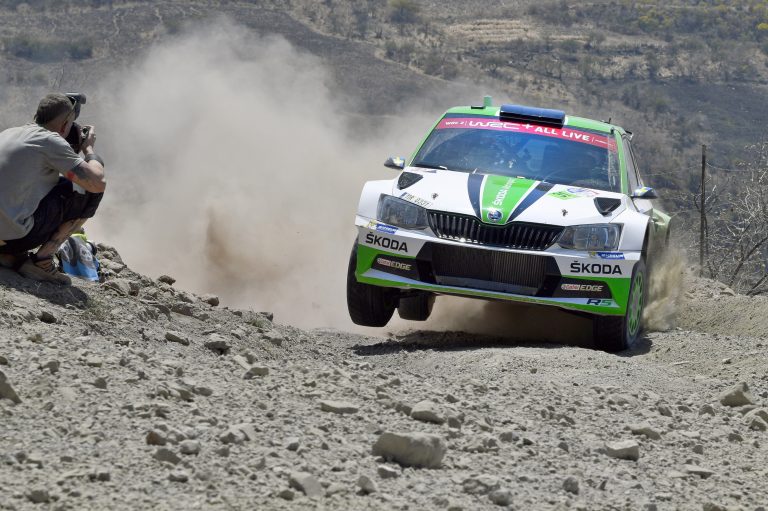