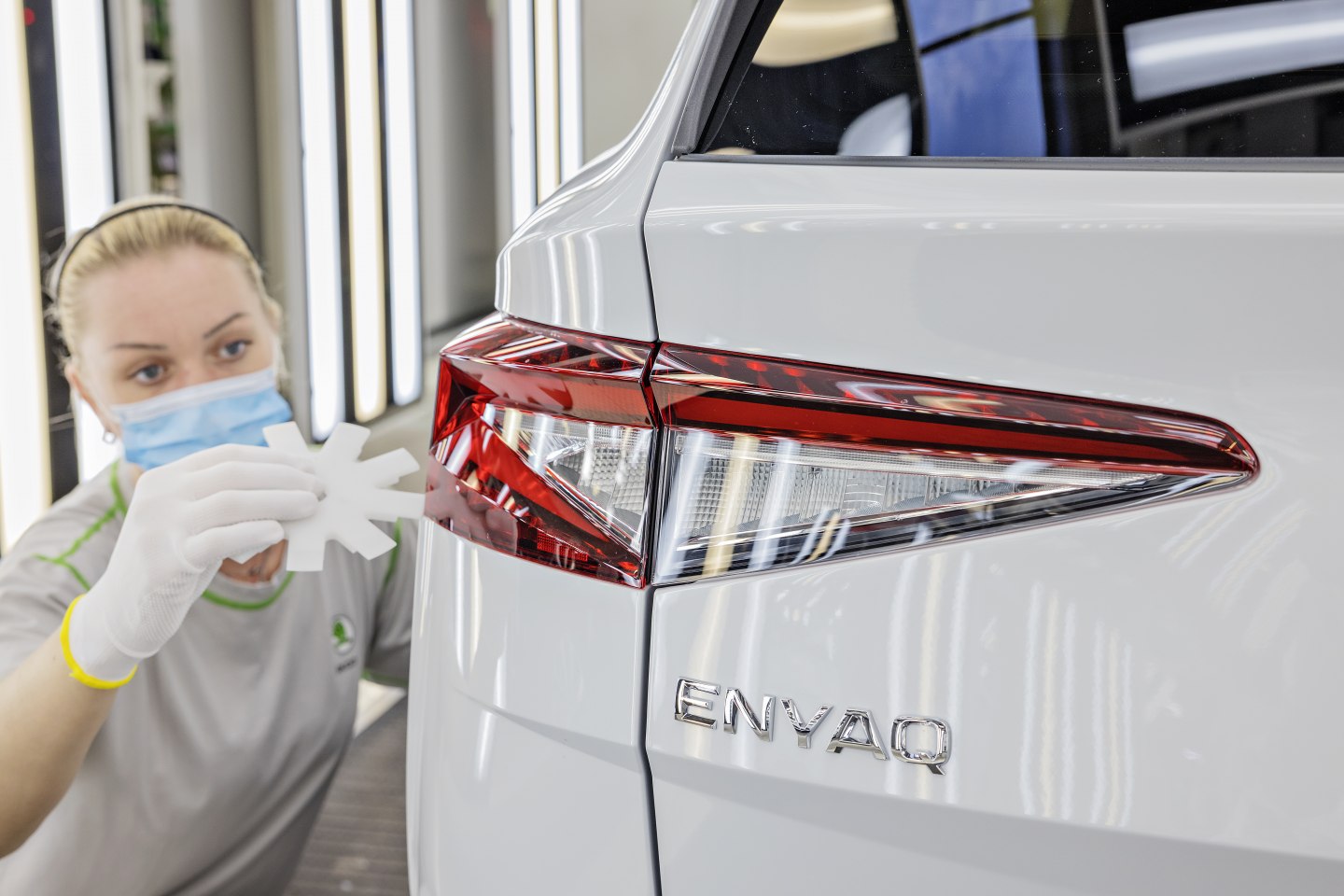 Mladá Boleslav, 22 January 2021 – The effects of the COVID-19 pandemic are also reflected in ŠKODA AUTO’s production figures at its Czech plants. Despite the 39-day production shutdown, more than 750,000 vehicles rolled off the production lines at the Mladá Boleslav and Kvasiny sites. The ŠKODA OCTAVIA was the front-runner with 187,000 units produced. At the end of November, series production of the battery-electric ŠKODA ENYAQ iV began on the highly innovative assembly line in Mladá Boleslav, on which ŠKODA primarily produces the OCTAVIA. In addition, the car manufacturer produced engines, axles, bodies as well as gearboxes and high-voltage traction batteries. The company also launched numerous innovation projects to modernise its production processes last year. 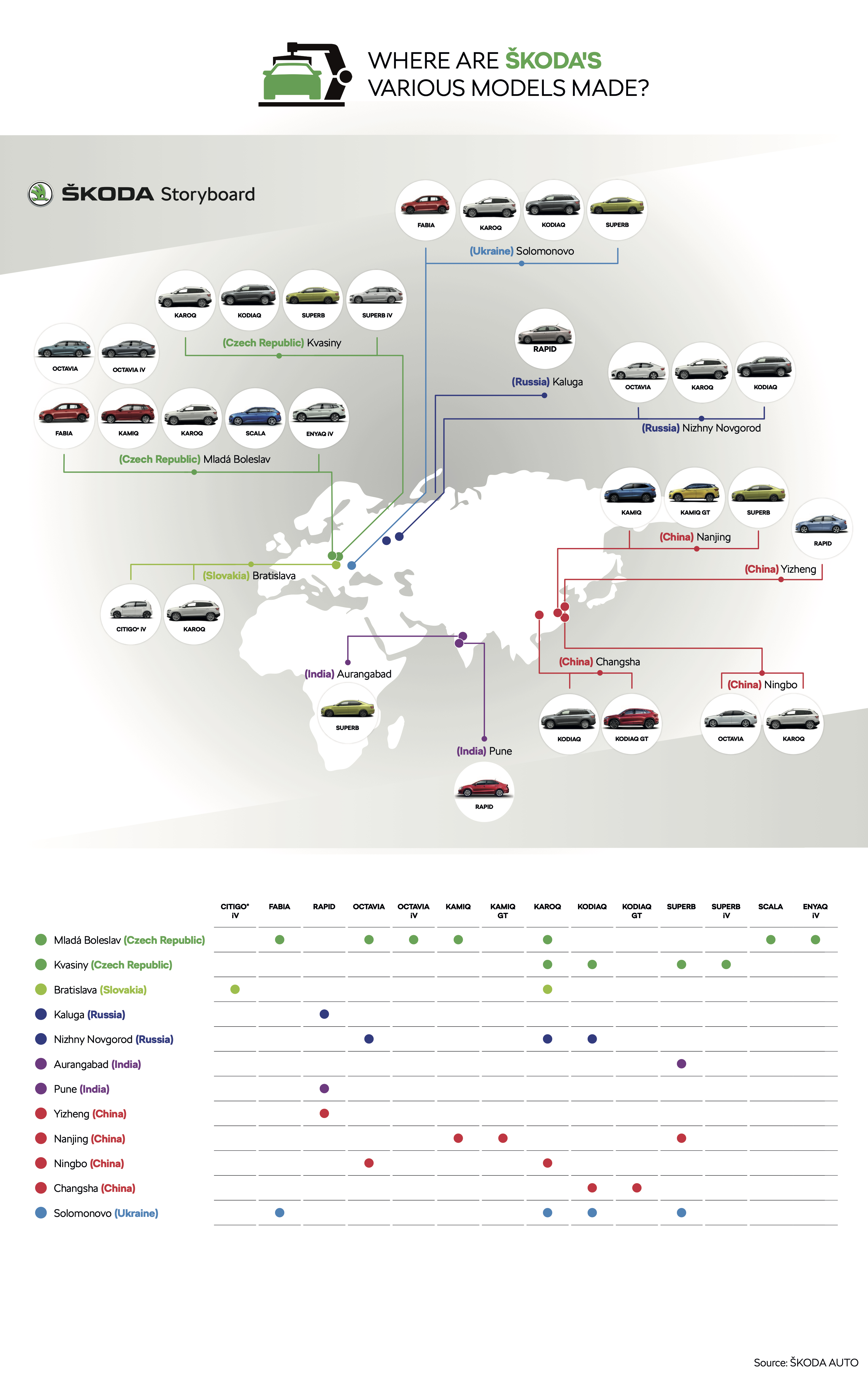 Dr. Michael Oeljeklaus, ŠKODA AUTO Board Member for Production and Logistics, explains: “Due to the COVID-19 pandemic and the necessary 39-day plant closure to ensure the best possible health protection for our employees, we were operating under enormously challenging conditions last year. Nevertheless, we managed to produce 753,013 vehicles at our Czech production sites – the result of an outstanding team effort. In addition, production of the ŠKODA ENYAQ iV was launched on schedule at our main plant in Mladá Boleslav. On this assembly line, we produce vehicles based on the modular electrification toolkit (MEB) and the modular transverse toolkit (MQB) side by side. This is the only concept of its kind in the entire Volkswagen Group.”

ŠKODA AUTO produced a total of around 480,000 vehicles from the FABIA, SCALA, OCTAVIA, OCTAVIA iV, KAMIQ, KAROQ and ENYAQ iV series at the Mladá Boleslav plant. With 187,000 units, the OCTAVIA continued to be the most-built model at the company’s headquarters. In addition, the car manufacturer produced 411,000 engines, 383,000 manual transmissions of the types MQ 200 and MQ 100, 76,000 high-voltage traction batteries and 1,511,000 axles at this site last year. The company invested 32 million euros in the production of the new ENYAQ iV, which began at the end of November. Each day, the assembly line will produce between 250 and 350 units of the all-electric SUV in a fully flexible manner. ŠKODA AUTO invested around 29 million euros in a new processing line for the ultra-fine plasma coating of the cylinder crankcases used in the new EVO three-cylinder engines of the EA211 series.

The Kvasiny plant produced around 270.000 units. Apart from the ŠKODA SUPERB and the SUPERB iV with plug-in hybrid drive, the KODIAQ and KAROQ SUV models as well as the SEAT ATECA were also built here. The company accelerated the modernisation of the plant at this location last year: Since July 2020, ŠKODA AUTO has been using a robot to remove starter batteries from pallets and deliver them just-in-sequence to the production line. It can also stack empty pallets and packages and, if required, order new pallets with starter batteries from the warehouse. It moves with the help of mobile guidance. Since 2020, the company has also been testing a system at the Kvasiny plant to enhance occupational safety; forklifts can detect other industrial trucks or employees and brake automatically if there is a risk of collision.

In 2020, ŠKODA AUTO produced 470,000 units of the DQ200 automatic direct-shift gearbox, which is also used in models of other Volkswagen Group brands, at its component plant in Vrchlabí. At this state-of-the-art facility, ŠKODA AUTO is increasingly adopting Industry 4.0 technologies: to convert a production line, the car manufacturer used a ‘digital twin’ to run through all the processes and scenarios in advance with the help of digital simulations, while production at the site continued as normal. Since July 2020, new parts for the CNC machining lines have been ordered automatically and then transported to the CNC machines by robots. The Vrchlabí plant also set standards in terms of sustainability at the end of 2020: the component plant is the first ŠKODA AUTO manufacturing site in the world with CO2 neutral production.

‘NEXT LEVEL ŠKODA’ programme for the future – a signpost on the road to a new decade
With the ‘NEXT LEVEL ŠKODA’ programme for the future, ŠKODA AUTO is now taking the next steps in its transformation process, focusing on three priorities: Expanding the model portfolio towards entry-level segments, opening up new markets for further growth in the volume segment and achieving tangible progress in the areas of sustainability and diversity. 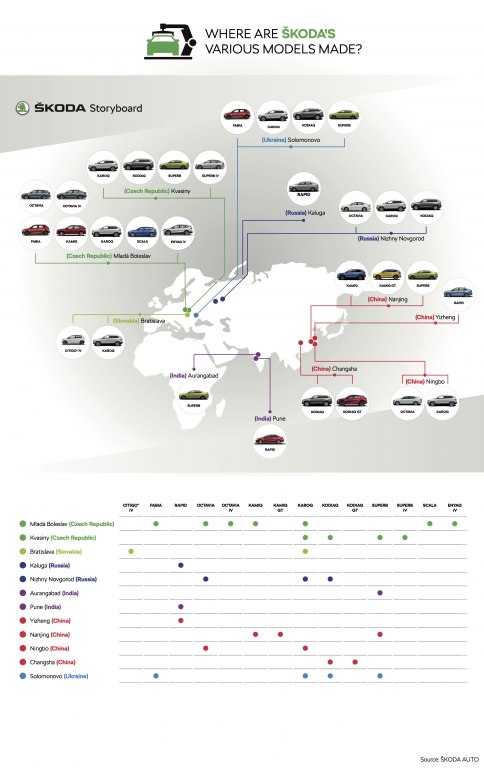 Infographic: ŠKODA AUTO produced more than 750,000 vehicles at its Czech plants in 2020 despite COVID-19 pandemic