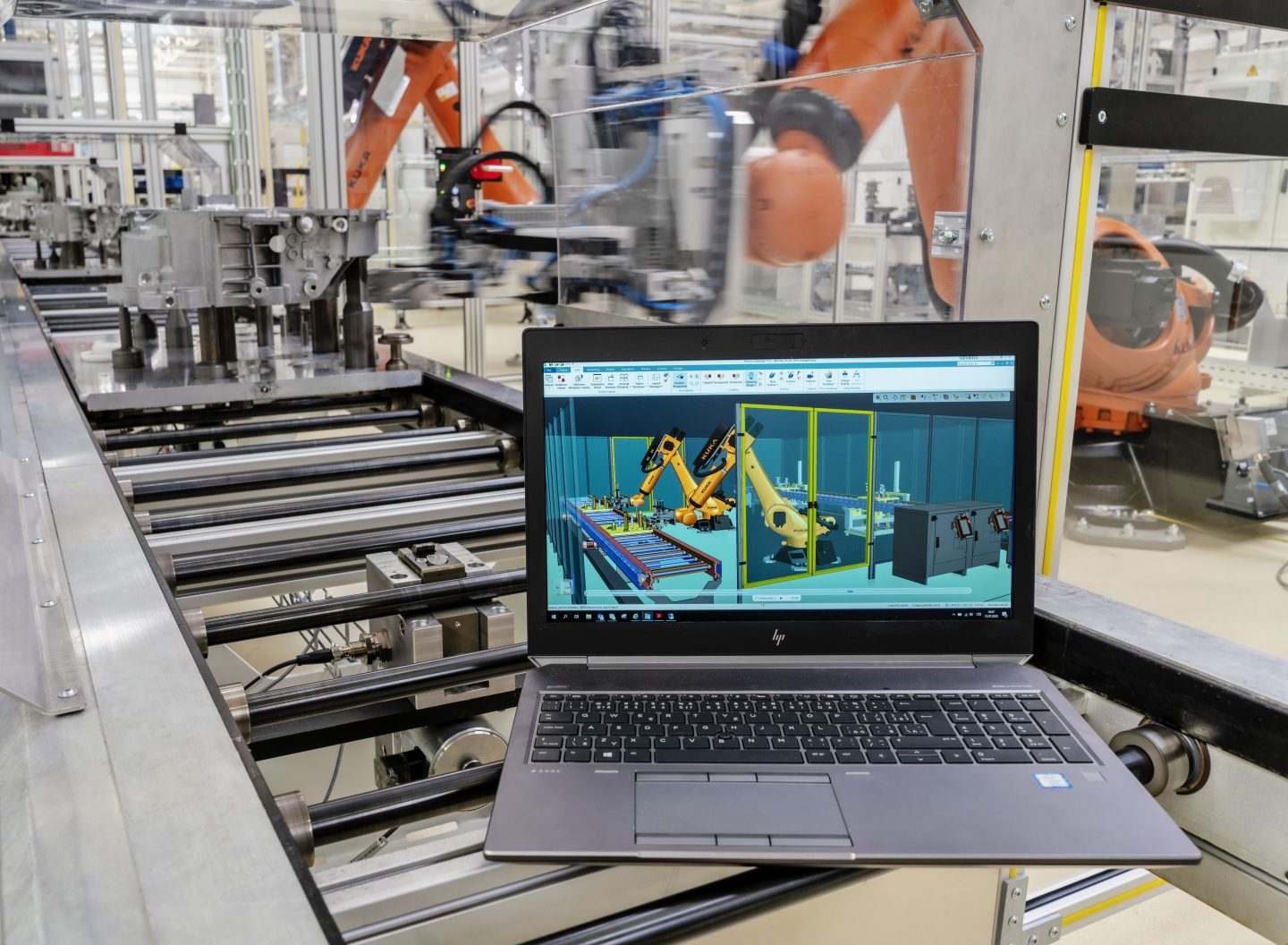 › Simulation of production steps using a ‘digital twin’ enabled the workstation to be set up during ongoing operations
› Thanks to industry 4.0 technologies, the project was made fully operational three weeks earlier than a conventional new installation

Mladá Boleslav / Vrchlabí, 22 July 2020 – Adding a new workstation to a production line requires in-depth planning – especially if regular operations are expected to continue at the same time. The Czech car manufacturer has made use of a ‘digital twin’ to successfully install and integrate a new robot station at the ŠKODA AUTO component plant in Vrchlabí under these conditions. In doing so, simulations of the equipment and factory were used to run through all processes and scenarios in advance. The project was therefore fully operational three weeks sooner than a system installed using conventional methods.

Christian Bleiel, Head of Component Production at ŠKODA AUTO, said, “Without Industry 4.0 technologies, we would not have been able to install the new robot workstation at the Vrchlabí site in this way. Due to a lack of space, it would not have been possible to set up the new unit next to the existing stations and test-run operations alongside regular production. The use of a digital twin and state-of-the-art technology, however, allowed us to create an extremely detailed virtual image of the plant, simulate processes and procedures, and thus seamlessly add to the production line.”

Within a cycle time of less than 30 seconds, each gearbox is provided twice with four bearing components at the newly set-up workstation. To guarantee the incredibly high level of precision required for the transmission’s rotating parts to function optimally, this production step is carried out by robots.

First of all, a 3D model of the workstation was used to create the digital twin. This also cloned the robot arms, sensor logic and safety components. This allowed all mechanical and kinematic processes at the station to be realistically simulated. The software aspect of the twin ensures smooth communication between all hardware components and the program-based control sequences on the production line.

Using this set-up, the technicians developed, tested and optimised the control electronics and determined the space required for the new workstation. They were also able to prevent any chance of the robot arms colliding and calculated the ideal cycle time, the digital twin can also be used to train the workforce for example.

The simulated model enabled ŠKODA AUTO to shorten the time required to bring the project to an operational level by about three weeks. In addition, approximately 40 square metres of production space could be saved thanks to optimising the requirements in advance. By using the digital twin, the robots’ control programs were also developed before the physical robots and their peripherals were even in the factory.

The high-tech Vrchlabí plant plays a key strategic role in ŠKODA’s component production and is one of the most modern sites within Volkswagen Group. ŠKODA AUTO has been building DQ200 automatic 7-speed direct shift gearboxes (DSGs) at the foot of the Giant Mountains since 2012. Approximately 2,200 units leave the production line every day; in 2019 the three millionth DQ200 transmission was produced.

In 2012, ŠKODA AUTO converted the Vrchlabí site into a modern component plant over the course of 18 months. The location was named ‘Factory of the Year’ for its dynamic transformation. Since then, ŠKODA AUTO has introduced numerous industry 4.0 technologies, systematically further developing the Vrchlabí plant. Since 2018, ŠKODA has also been using autonomous robots for the transport of parts between processing machines and its metrology centre. What’s more, an automated system that orders and supplies parts for CNC processing lines has also been launched recently.

The ultra-modern factory leads the way with regards to environmental compatibility and energy efficiency too. It is set to become the first balance CO2-neutral ŠKODA AUTO production site by the end of the year. 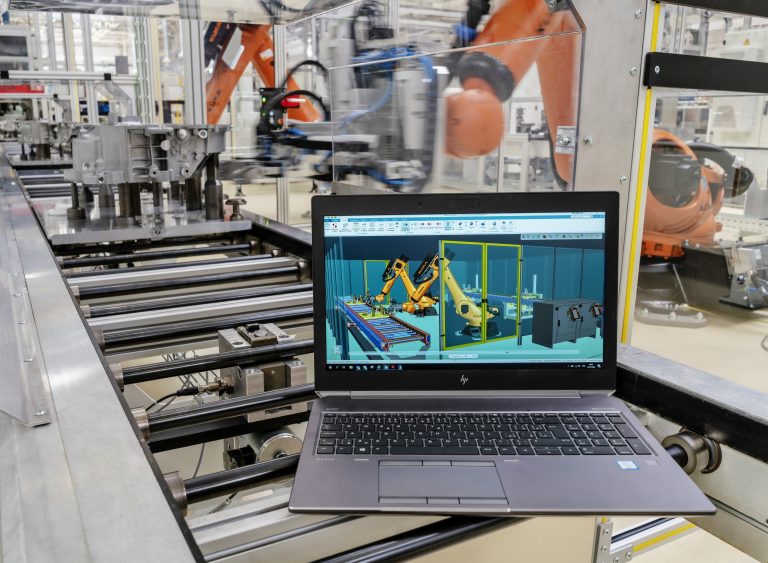 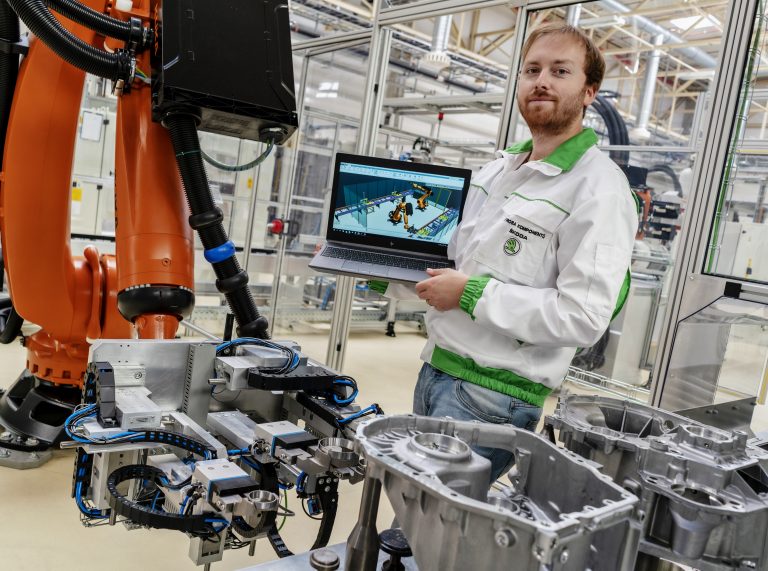 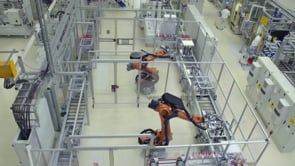 Video: Industry 4.0: ŠKODA AUTO Vrchlabí plant has made use of ‘Digital twin’ 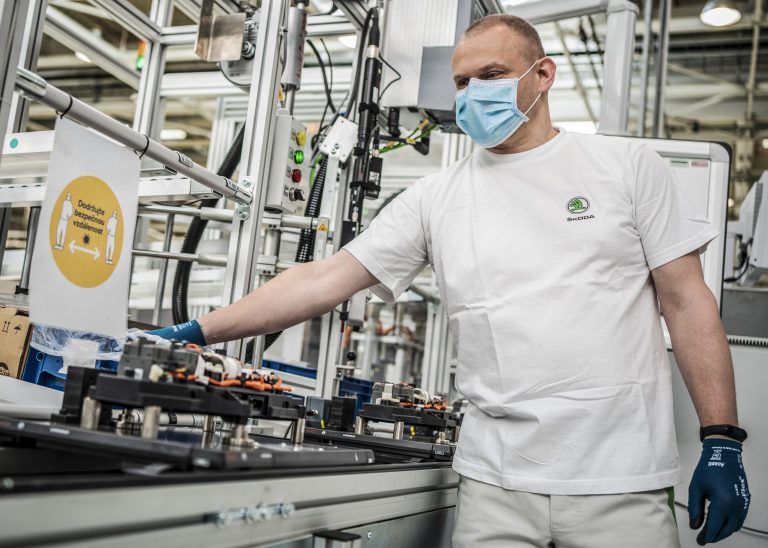