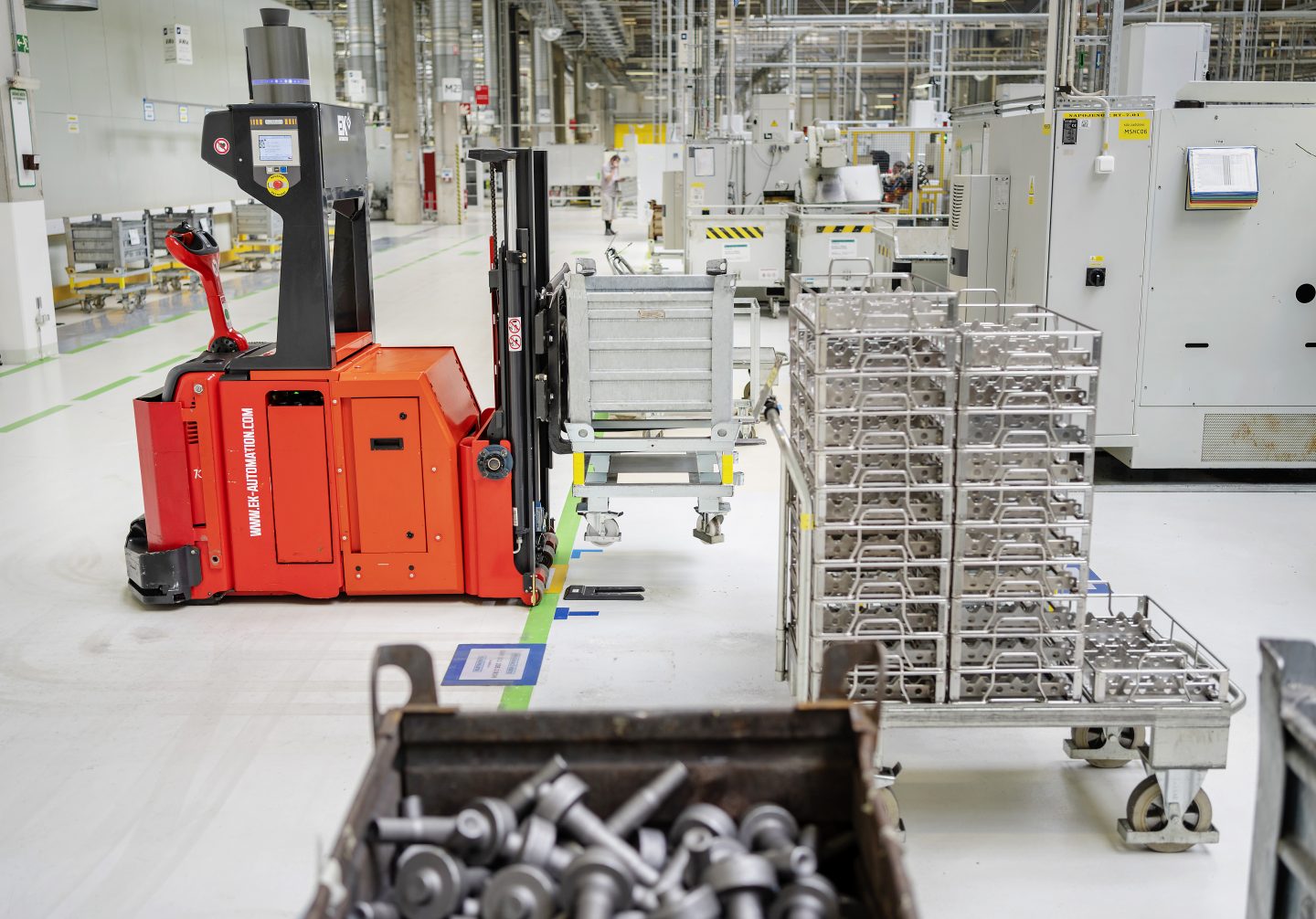 › Internet of Things (IoT) technologies enable further automation at the high-tech Vrchlabí site
› CNC processing lines automatically order parts, supplied by automatic robots that report back for duty with their load carriers
› Automation of component ordering and supply is yet another step forward in the implementation of Industry 4.0 at the state-of-the-art Vrchlabí factory

Mladá Boleslav / Vrchlabí, 13 July 2020 – ŠKODA AUTO has taken yet another step forward in implementing Industry 4.0 principles into manufacturing at its Vrchlabí component plant: new parts for the CNC processing lines are ordered automatically. They are then transported to the CNC machines by robots guided by Internet of Things (IoT) sensor technology. By combining the automated ordering and supply of components, ŠKODA AUTO is consistently pressing ahead with the digitalisation of production in Vrchlabí.

Christian Bleiel, Head of Component Production at ŠKODA AUTO, said, “By taking this new automation step, Vrchlabí is continuing to strengthen its position as one of the most state-of-the-art production facilities in the industry. The collaboration between man and machine is a future-oriented concept that we are consistently pursuing and that will further increase the productivity of this high-tech site.”

Parts are now automatically supplied to the CNC processing lines in production. In the warehouse, logistics employees place the required components on a load carrier. Guided by IoT sensor technology, an automatic transport robot then picks up the carrier and takes it to one of the CNC lines. On its return journey, the robot takes an empty load carrier with it and automatically reports back to the parts warehouse.

Due to the use of IoT technologies, the process allows for an automated, continuous supply of parts to where they are needed – further increasing manufacturing productivity. What’s more, this also increases safety at ŠKODA AUTO: logisticians are no longer required to enter production areas because all components are transported to the CNC lines automatically. Thanks to this system, the CNC machines are able to be supplied with more than 50,000 parts per day. And the costs of this automated process are expected to be covered in less than three years.

In 2012, ŠKODA AUTO comprehensively modernised its Vrchlabí site and converted it into an advanced component plant within just 18 months. In 2015, Vrchlabí was named ‘Factory of the Year’ for its rapid transformation and dynamic development. Today, the facility plays a key strategic role in ŠKODA’s component production and is one of the most modern sites within Volkswagen Group. In recent years, ŠKODA AUTO has introduced numerous Industry 4.0 technologies and systematically developed Vrchlabí into a high-tech location. In 2018, for example, the manufacturer started to transport parts between its metrology centre and CNC processing machines using an automatic robot for the first time.

The component plant in Vrchlabí is set to be the manufacturer’s entirely CO2-neutral production site before the end of this year still. By far the greatest carbon dioxide savings were achieved by switching to using renewable energies. This reduced CO2 emissions from an initial 45,000 tonnes per year to currently only 3,000 tonnes. 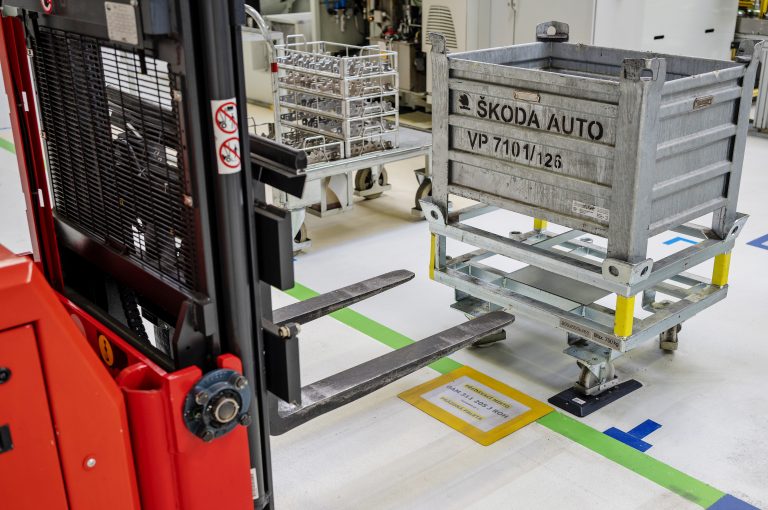