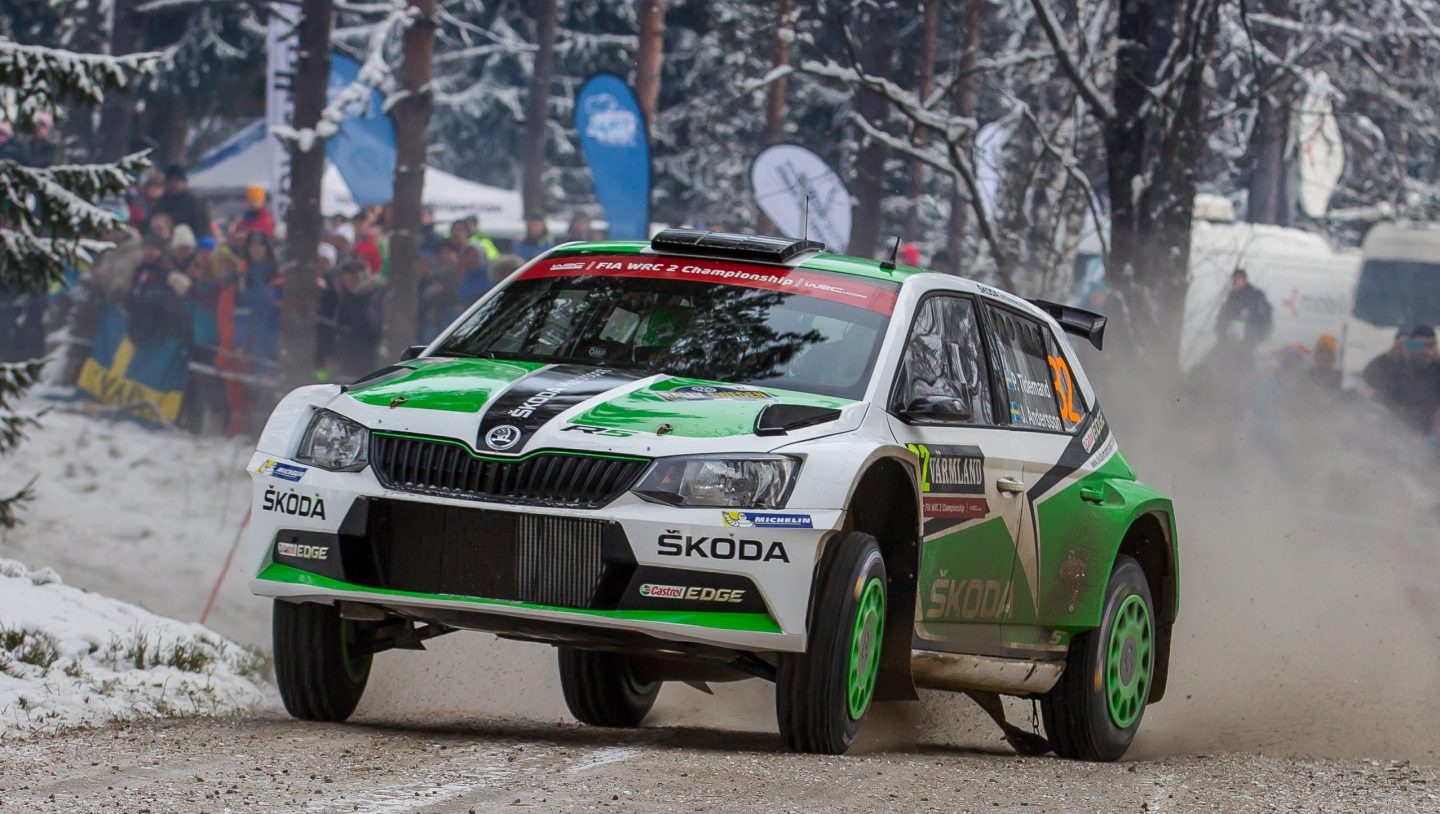 › Last year’s winners Jan Kopecký/Pavel Dresler out to repeat their success with the ŠKODA Fabia R5
› Pontus Tidemand/Jonas Andersson line up as the second ŠKODA works duo in West Bohemia
› Michal Hrabánek: “Looking forward to appearing in front of the Czech fans”

Mladá Boleslav/Klatovy, 25 April 2016 – ŠKODA Motorsport begins its title defence in the Czech Rally Championship (MČR) at the 51st Rally Šumava Klatovy. Last year’s champions Jan Kopecký/Pavel Dresler (CZ/CZ), in the ŠKODA Fabia R5, are out to repeat last year’s success on the demanding routes in and around the Bohemian Forest. The second ŠKODA works duo of Pontus Tidemand/Jonas Andersson (S/S) will also make a guest appearance in the national championship on Friday and Saturday.

“A year ago we celebrated a successful rally debut for our ŠKODA Fabia R5 with victory at the Rally Šumava Klatovy,” said ŠKODA Motorsport Director Michal Hrabánek. “The success we have enjoyed around the world with our new rally car since then is confirmation of the great development work done by our team.” However, Hrabánek is aware that this is no reason to rest on their laurels. “We are working hard to continue improving. Only that way will be have any chance of defending the title in our company’s homeland. We are looking forward to the first appearance of 2016 in front of our home crowd.”

The Rally Šumava Klatovy is the first of six races in the Czech Rally Championship. Like last year, when the ŠKODA Fabia R5 made its debut, thousands of rally fans are expected to line the 12 special stages, which feature roughly 150 kilometres against the clock. After victories here in 2012 and 2015, Jan Kopecký would love to win the iconic rally, which was first held in 1964, for the third time. “We obviously have fond memories of last year, when we drove the Fabia R5 here for the first time,” said the experienced Kopecký. “However, it will not be easy to repeat this success: the opposition is even stronger than in 2015,” said the 34-year-old.

Asia-Pacific champion Pontus Tidemand enjoyed a successful first outing with new co-driver Jonas Andersson in February, finishing second at the Rally Sweden. After his home race in the FIA World Rally Championship (WRC 2), 25-year-old Tidemand now lines up in the homeland of the ŠKODA brand. “Jonas and I are particularly looking forward to racing in front of the Czech fans,” said Tidemand. “This spectacular rally is a real challenge, and also a great test for the next outings in the World Championship.” From 19 to 22 May, Tidemand/Andersson, Kopecký/Dresler and the third ŠKODA works duo of Esapekka Lappi/Janne Ferm (FIN/FIN) will be in action at the WRC round in Portugal.

In the Czech championship, Kopecký can look forward to a new instalment of last year’s duel with rival Václav Pech (CZ). He will also receive tough competition from ŠKODA customer teams, such as Vojtěch Štajf/František Rajnoha (CZ/CZ). They also line up with the high-tech, four-wheel drive car that has enjoyed so much success around the world. Štajf races for the Klokočka ŠKODA Czech National Team.