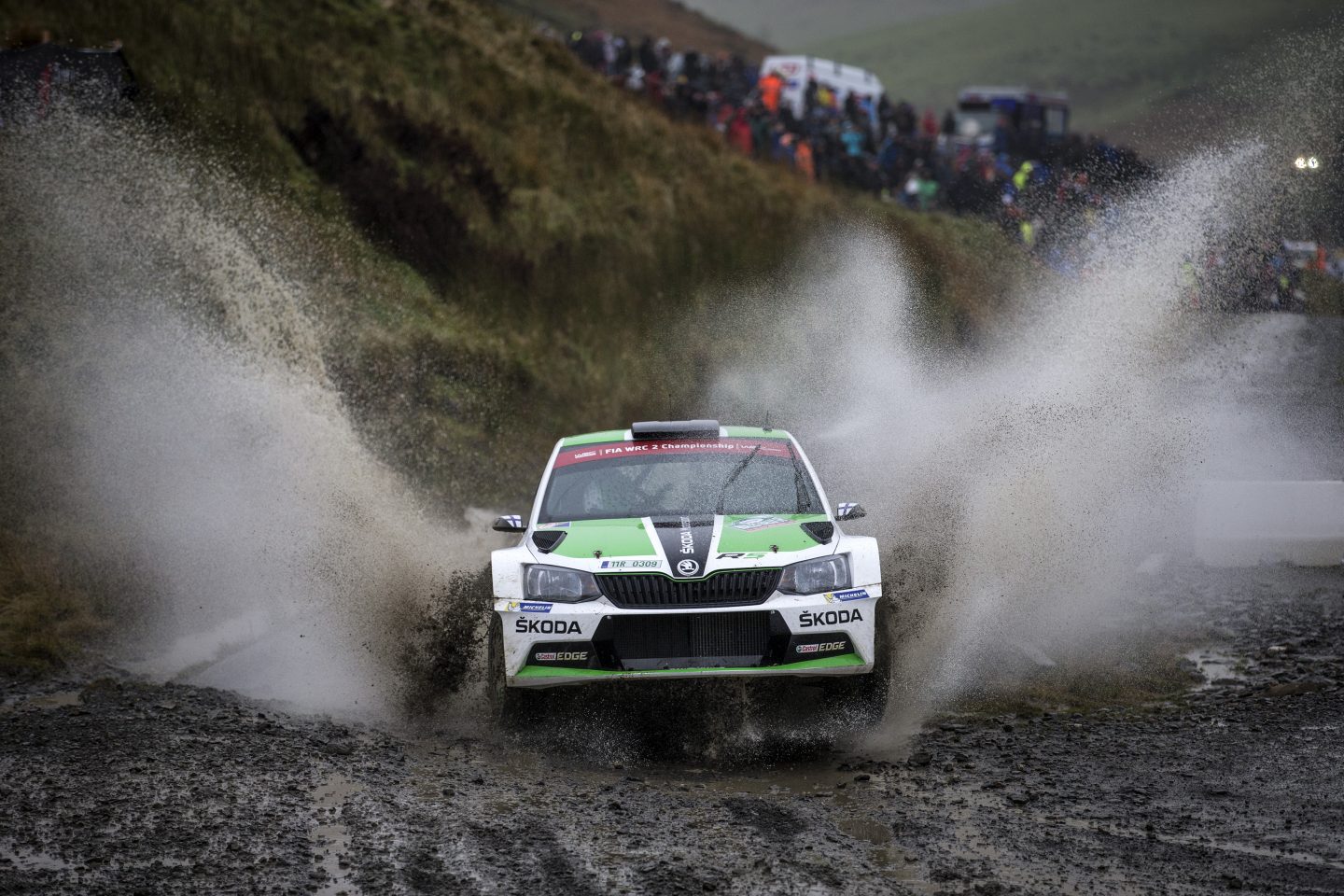 Mladá Boleslav, 15 November 2016 – On top down under: ‘flying Finns’ Esapekka Lappi / Janne Ferm are out to secure a historic title for ŠKODA Motorsport at the final round of this season’s FIA World Rally Championship (WRC 2). Second place at the Rally Australia, which runs from Thursday to Sunday, is all the works duo needs to claim victory in the Drivers’ and Co-Drivers’ Championship. The ŠKODA brand is guaranteed to finish on top of the overall rankings: Teemu Suninen / Mikko Markkula (FIN/FIN) currently lead the championship. They have contested the season in a ŠKODA FABIA R5 run by a privateer team, but will not be at the start line in Australia. 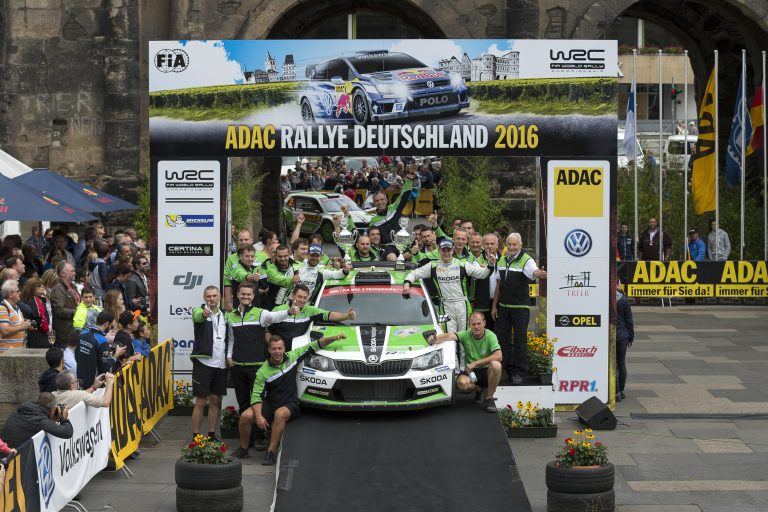 “Everybody has been working really hard to put our ŠKODA works driver Esapekka Lappi and his co-driver Janne Ferm in a position to win the title in Australia,” said Michal Hrabánek. “We want to crown this already exceptional season.” The ŠKODA Motorsport Director did, however, warn of unpredictable conditions at the 312.98-km Rally Australia. “Esapekka Lappi and Janne Ferm will have to be wide awake at all times. If they are, they could reward themselves for their strong performances, especially in the second half of the 2016 season,” said Hrabánek.

Esapekka Lappi has won the last three WRC 2 rallies he started. After his triumph on the gravel at his home race in Finland, he then won the Rally Germany on asphalt. He then went on to complete a hat-trick of victories on his debut at the muddy Rally Great Britain at the end of October. In the process, he also came out on top in the direct duel with fellow ŠKODA driver Teemu Suninen, who finished third. Despite this, Suninen still leads the overall WRC 2 rankings with 120 points. However, of the top drivers, only Lappi, who is currently in third place with 107 points, can score any points in Australia.

Victory or second place will suffice for ŠKODA Motorsport to come away with one of the most prestigious titles in its 115-year success story. Juho Hänninen (FIN) had previously won the championship in 2011, driving a ŠKODA FABIA SUPER 2000 in the S-WRC class – the forerunner to WRC 2. Lappi would adopt the WRC 2 title from Nasser Al-Attiyah (Q), who wrapped up the 2015 championship in Spain, at the wheel of a ŠKODA FABIA R5. For 25-year-old Lappi, winning the title would be the greatest success of his career – a career that has already seen him win the Finnish Rally Championship (2012) and the FIA European Rally Championship (ERC/2014).

“Now we are only one step away, we obviously want to win the WRC 2 title,” said Lappi. “We are fully aware that the Rally Australia is not a foregone conclusion. However, we do have fond memories of down under.” In 2013, Lappi/Ferm won their class at the Rally Queensland, which formed part of the FIA Asia-Pacific Rally Championship (APRC).

Few rallies have such a wide range of different conditions along their route. Narrow sections that require the drivers’ utmost attention alternate with fast, long sections through Australia’s rainforests. It is not only dangerous animals that can be found at the roadside, but also numerous trees, which are even more dangerous for the drivers as they do not forgive any lack of concentration. Extremely fine sand makes things more difficult still, as it both reduces the level of grip and, in combination with the merciless Australian sun and tall trees, can create light effects that impede the driver.

As if the conditions were not extreme enough, the drivers will also have to face one of the WRC season’s longest special stages on Saturday. At a length of 50.8 kilometres, ‘Nambucca’ is longer than a marathon. The ‘Wedding Bells’ Power Stage will bring proceedings to a close on Sunday. Whatever happens, ŠKODA will then be able to celebrate a successful season, as Czech car maker’s high-tech, four-wheel drive car has won nine of the last ten WRC 2 races.

… the drivers can only score world championship points if they have registered for the WRC 2 class? Each driver can score points towards the overall WRC 2 standings in seven races over the course of the year. The top six results count

… Australia is the sixth-largest country on Earth with an area of around 7.7 million km2? The coast is a mighty 35,876 km long. In addition, the Australian Great Barrier Reef, off the coast of Queensland, is the world’s largest reef. It is 2,300 kilometres long and the largest structure created by living things on Earth.

… there are more kangaroos than people in Australia? The continent of Australia is home to around 34 million kangaroos. The land down under has a human population of approximately 23 million.

… the name ‘kangaroo’ came about due to a misunderstanding? British sailor James Cook, the first European to see the animal, is said to have asked the Aboriginals what they are called. The Aboriginals did not know English and answered “gang-oo-roo”, which means “I don’t understand” in their language.

… restaurants in Australia have to pay for an extra licence in order to sell alcohol? ‘BYO’ restaurants (bring your own) avoid this fee and allow their guests to consume beer or wine which they have brought with them.

… turnout for elections to the House of Representatives and the Senate in Australia has never been lower than 94% in the last 50 years? This is because it is a civic obligation to vote. Non-voters face a $20 fine, while repeat offenders may even face imprisonment.