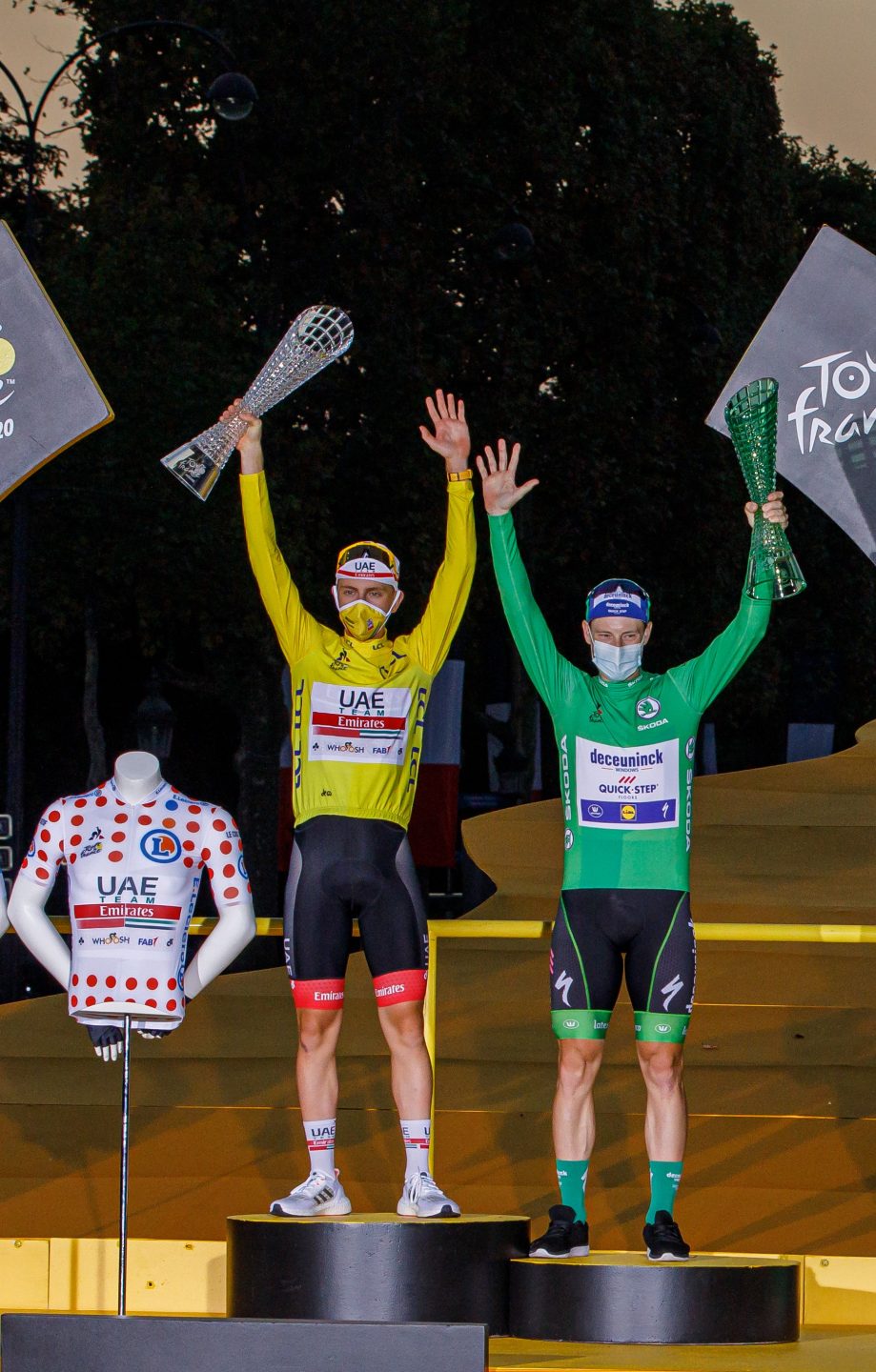 Mladá Boleslav, 21 September 2020 – After almost 3,500 kilometres across the ‘Grande Nation’, Tadej Pogacar yesterday celebrated the overall victory of the 107th Tour de France. For the 21-year-old Slovenian, this was the first success in his career at the world’s most famous cycling race. As with previous years’ winners, Tadej Pogacar received a crystal glass trophy created by ŠKODA Design. The green trophy for the winner of the points classification received Sam Bennett, yesterday in Paris. As the best sprinter, the 29-year-old Irishman secured the green jersey, which ŠKODA AUTO sponsored this year for the sixth time as the official main partner of the Tour de France. The fully electric ŠKODA ENYAQ iV again headed the peloton as the leading vehicle (‘Red Car’) on yesterday’s final stage from Mantes-la-Jolie to Paris.

Thomas Schäfer, ŠKODA AUTO CEO, explains, “The Tour de France and ŠKODA – it’s a perfect match. After all, our company was founded 125 years ago as a bicycle manufacturer. We have been the official main partner of the race since 2004, and this year we have brought along something very special: With our new ENYAQ iV, we have provided for the first time a fully electric car as the leading vehicle, and are thus taking advantage of this unique opportunity to present our new electric car to a broad, international audience straight after its world premiere in Prague.”

After 21 stages, participants in this year’s Tour de France yesterday crossed the finish line on the Avenue des Champs Élysées in Paris. Covering a total of almost 3,500 kilometres, the 21-year-old Slovenian Tadej Pogacar left the competition behind, winning the overall classification of the Tour de France for the first time in his career. He celebrated the victory with one of the signature trophies, which this year ŠKODA Design was responsible for creating for the tenth time. The green trophy for the winner of the points classification received the Irishman Sam Bennett. As the official main partner of the Tour de France, ŠKODA AUTO sponsored the green jersey this year for the sixth time.

Tour de France winners receive trophies created by ŠKODA Design
The trophies for the winners reflect the tradition of Czech crystal art and were produced as part of  a collaboration between ŠKODA AUTO designer Peter Olah and the Czech company Lasvit. This year, the 60-centimetre tall four-kilogram trophies made of green and clear glass feature a pattern of rectangles increasing in size from bottom to top.

New ŠKODA ENYAQ iV crosses the finish line with Tour de France winner Tadej Pogacar
As part of its involvement as the official main partner of the Tour de France, ŠKODA also provided up to 250 vehicles to the organisation and race management, including a very special lead vehicle (‘Red Car’) for Tour de France director Christian Prudhomme: Just one day after its world premiere in Prague, the ŠKODA ENYAQ iV was on the road as a ‘mobile command centre’ on the stage from Gap to Privas, as well as the final two stages of this year’s Tour de France. The new flagship of ŠKODA’s model portfolio was fully retrofitted for this specific purpose. A walkaround video gives a detailed overview of the modifications.

ŠKODA AUTO has been the official main partner of the Tour de France since 2004 and provides numerous vehicles to the organisation and race management every year. This year the fleet included the leading vehicles SUPERB iV with plug-in hybrid drive and ENYAQ iV, as well as the new fourth generation of the best-selling OCTAVIA, the city SUV KAMIQ and bigger SUVs KAROQ and KODIAQ. 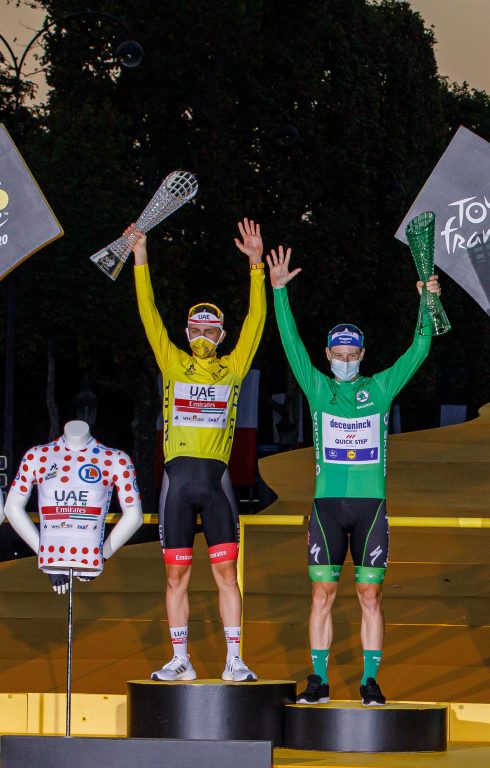 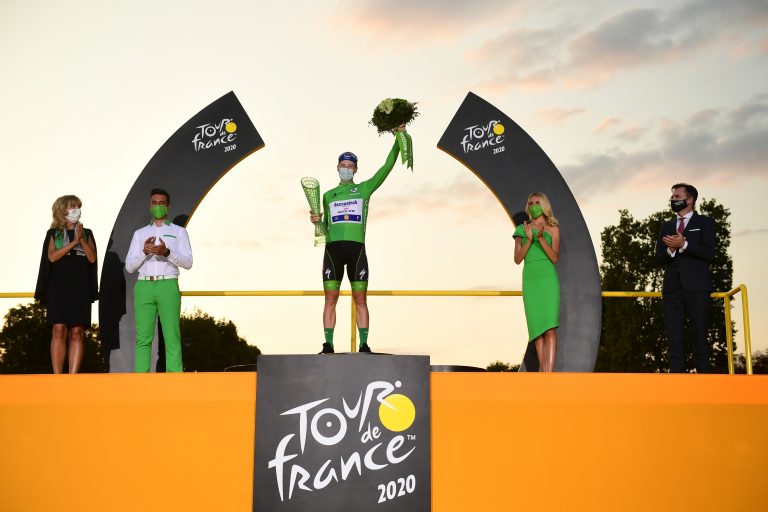 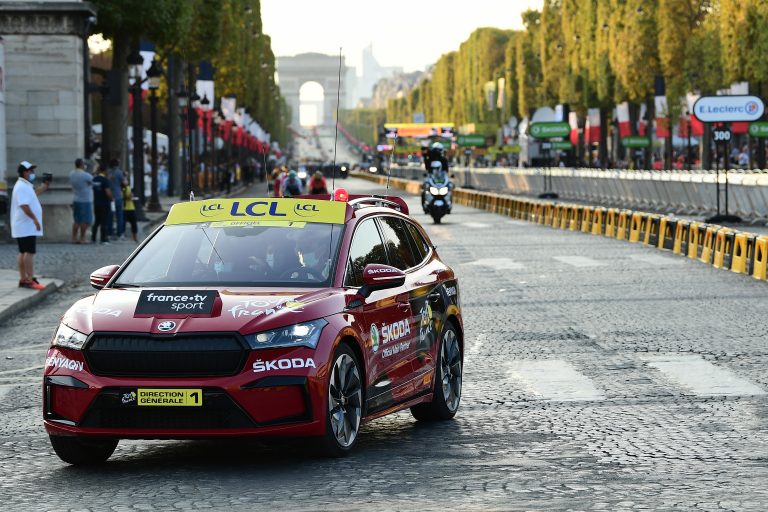