The famous Leh-Manali Highway is one of the most beautiful, yet most dangerous, roads in the world. Accompany two ŠKODA cars on their expedition to negotiate this route.

India’s Ladakh region isn’t called “the land of high passes” for nothing: to get from Leh to New Delhi and then on to Mumbai, you have to drive hundreds of miles at sky-high altitude, around serpentine gravel roads and along stretches of breathtakingly beautiful but completely unpopulated land.

The famous Leh-Manali Highway is thought to be one of the most beautiful and yet most dangerous beautiful places in India. Itching to find out whether this was true, Czech filmmakers Petr Soukup and Jan Pavlacký made the journey in a ŠKODA KAROQ and a ŠKODA KODIAQ. They drove, slept and shot this captivating video at an elevation of more than over 5,000 metres. 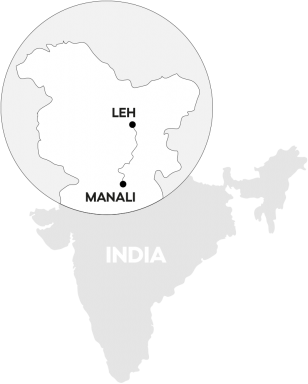 The two drivers set off on their epic trip from Leh, the largest city in northern India’s mountainous Ladakh region. Leh itself sits a full 3,500 metres above sea level, and after that it was uphill all the way…

Soon after leaving Leh the asphalt petered out, giving way to dust roads and then rocky paths, with matters going from bad to worse over the next few hundred miles. “What would be a couple of hours’ drive on a normal road took us days of travel here. It took us so long not only because of the perilous state of the roads, but also – and mainly – on account of the never-ending beauty all around us. We were always stopping to gape at the gorgeous scenery, and we wouldn’t move on until the camera batteries went flat. The majesty of the mountains is difficult to describe in words. You feel so tiny in their presence and yet, at the same time, on top of the world. And that is, quite literally, where we were,” recall the filmmakers. 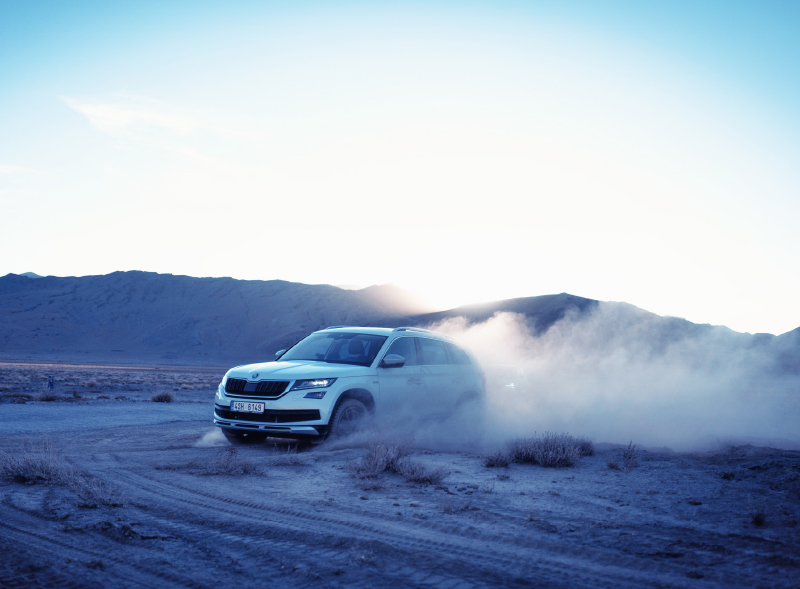 The white ŠKODAs took our adventurers through narrow mountain roads, wide plains, mountain passes and isolated villages. They encountered flocks of sheep, had crowds of young children descending on them, happy to see some new faces, slept in bare-walled huts, greeted old mountain men, and passed rickety trucks carrying cargo from one remote place to another. They took in the steep reliefs of the windswept mountain ridges, crossed freezing streams, and admired the ever-changing landscape.

“There were a few complications, obviously. For one thing, petrol stations were few and far between, so we had to fashion funnels out of plastic bottles in order to hand-pour fuel into the tank from our jerry cans,” explains Jan Pavlacký. 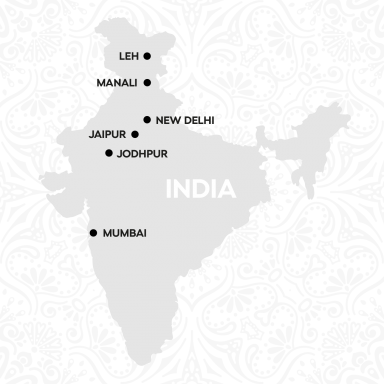 The weather can also be a threat in this harsh region. The road itself is only open a few months each summer. For about eight months a year, it is blocked by snow and simply too dangerous to drive on. During the summer it’s usually passable with extreme care.

“Another challenge for us was having a left-hand drive in a country where they drive on the left. Plus the fact that the roads are usually only wide enough for one car. So passing oncoming traffic was always a hair-raising ordeal,” recounts Peter Soukup. 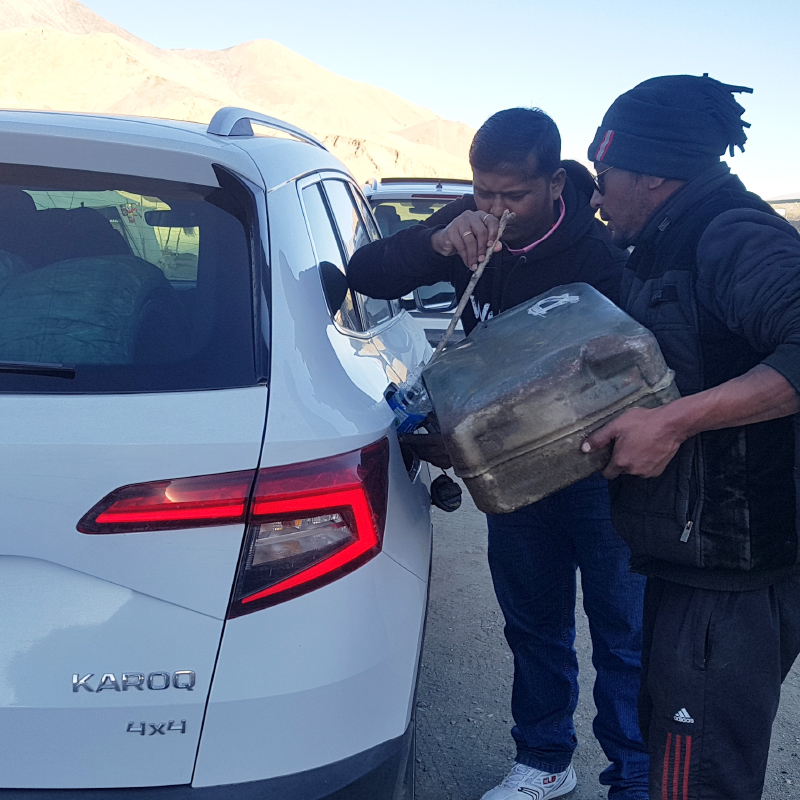 “It goes without saying that we had to have several days’ supplies with us since we were never sure when we would next find a shop, or at least a village,” add Petr and Jan as they explain another aspect of their adventure. Besides food, they carried emergency flares, tools and first-aid kits as, for most of the journey, they would have been hard put to seek assistance for miles around.

Petr and Jan eventually made it to Manali with a trove of hours of beautiful footage. The roads then took them on to New Delhi, Jaipur, Jodhpur and Mumbai, where they discovered that driving at 5,000 metres isn’t even the weirdest thing that could happen to anyone in India.

The real challenge in India is driving in the cities, where the traffic is all but lawless. Anything goes, from entire families on a single scooter to all kinds of livestock, as well as moving objects that there are no words for.

“You quickly have to come to grips with a few locally specific road-traffic customs. For example, if you want to overtake, you flash your lights like mad, otherwise they simply ignore you and make no room for you to pass,” says Jan. ”The traffic is organic, entirely unbridled, especially in the more densely populated urban areas. The stream of vehicles is regulated not so much by the written rules we are used to here, as by the laws of nature – the faster and smarter driver wins,” explains Petr as he describes his impressions. 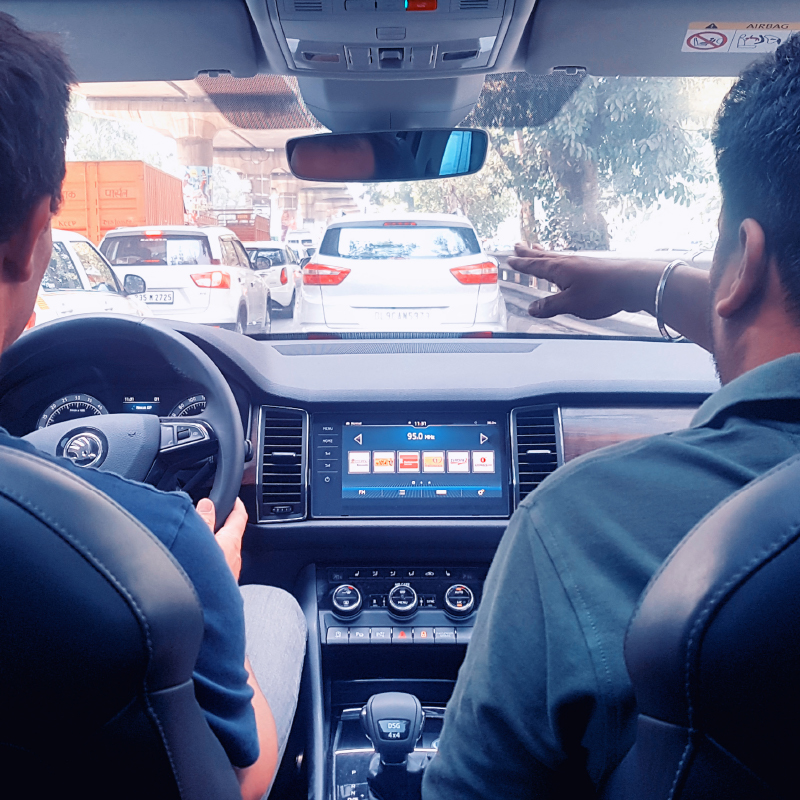 The Leh-Manali Highroad video was created on the way back from the Catching Breath project: 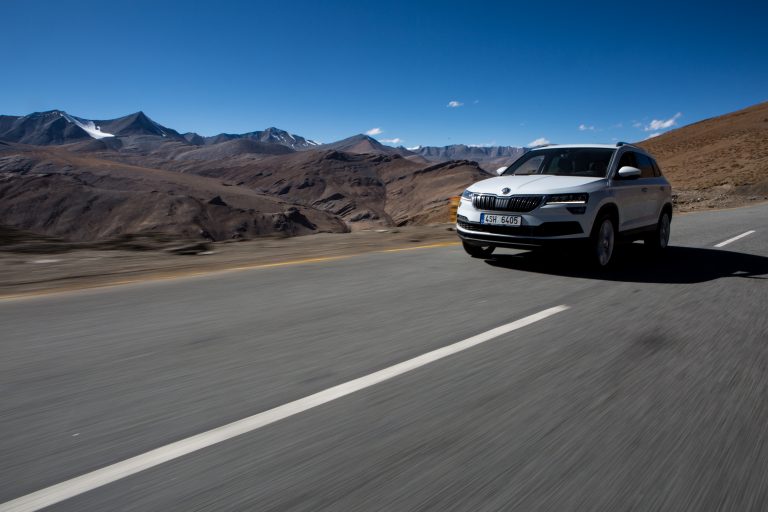 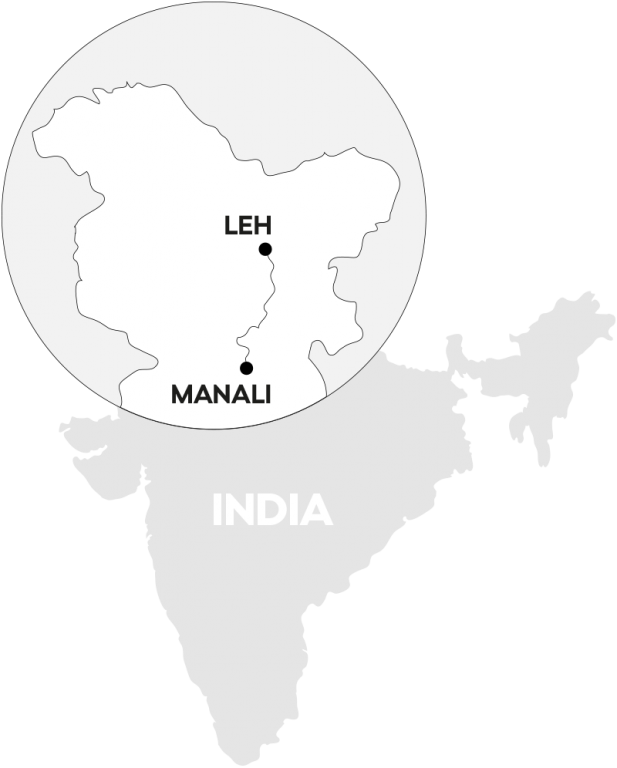 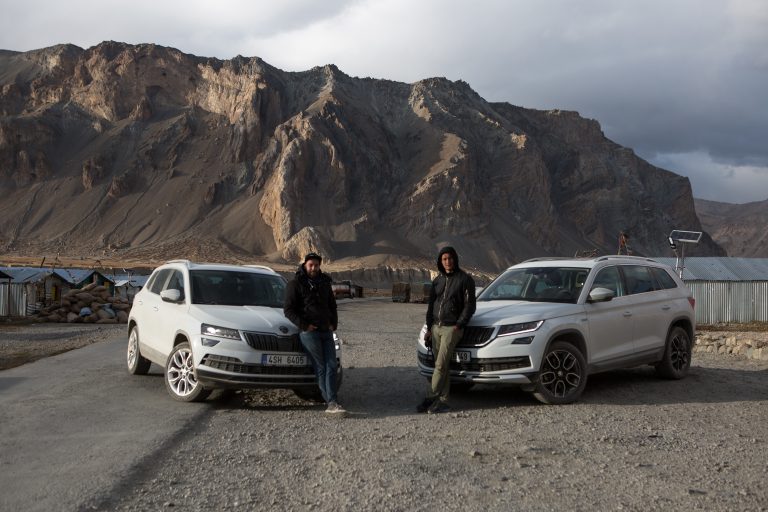 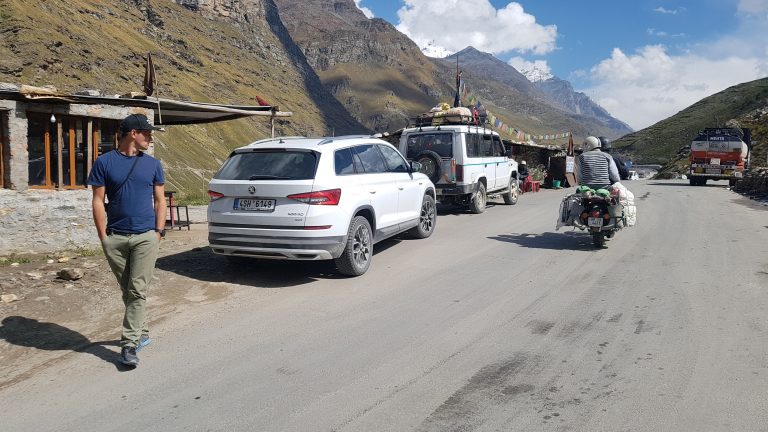 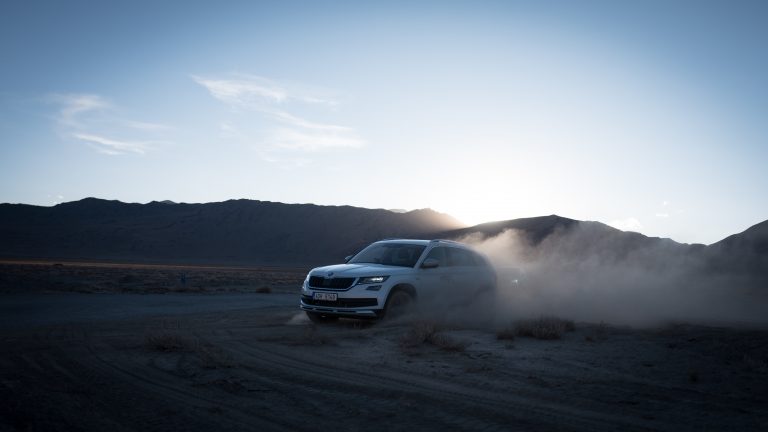 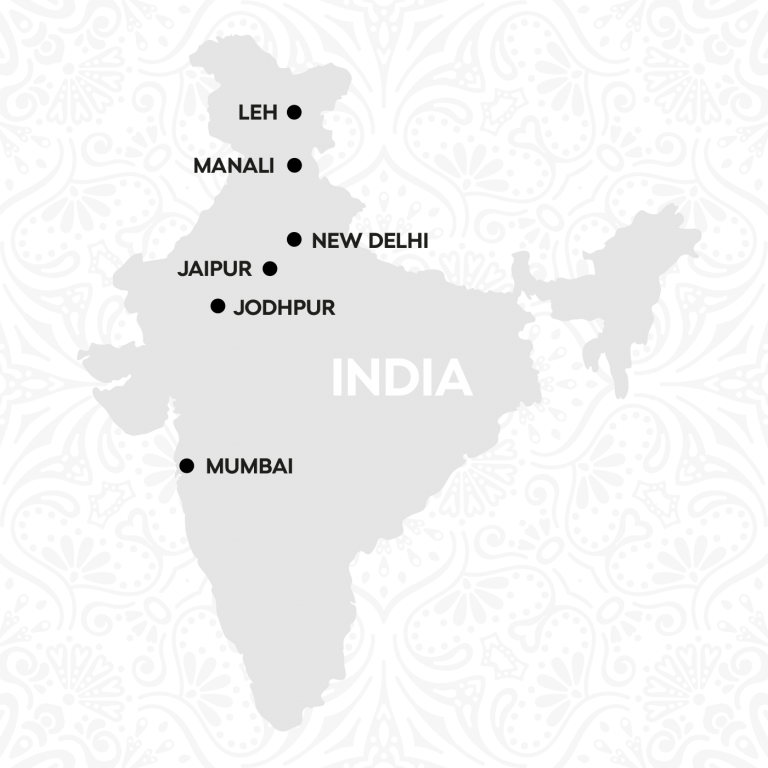 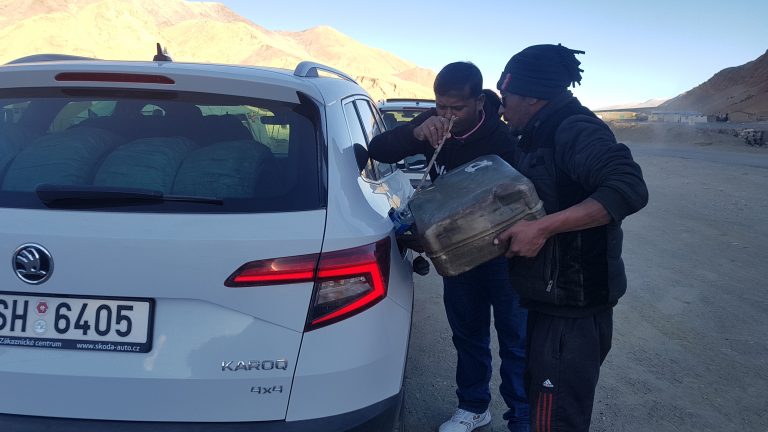 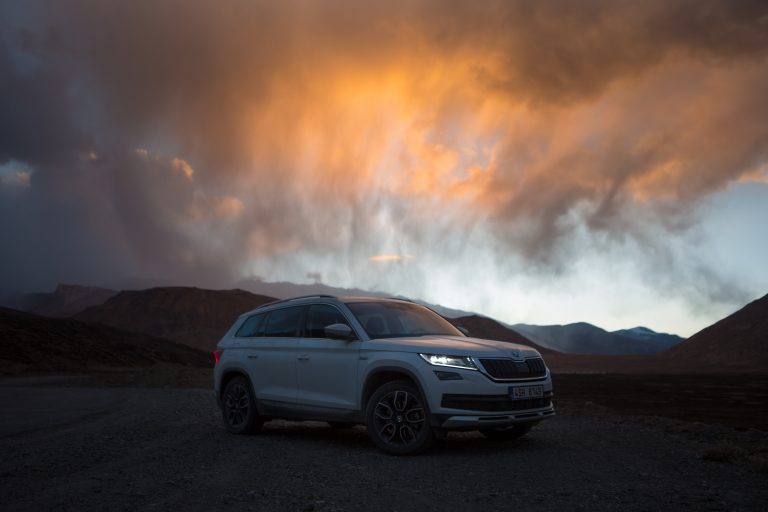 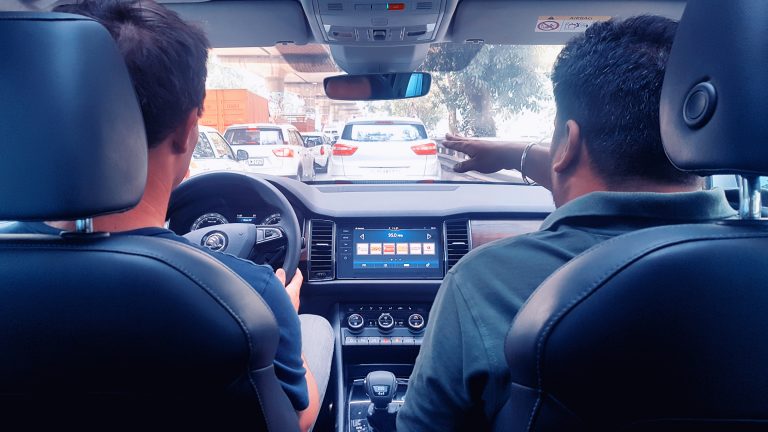