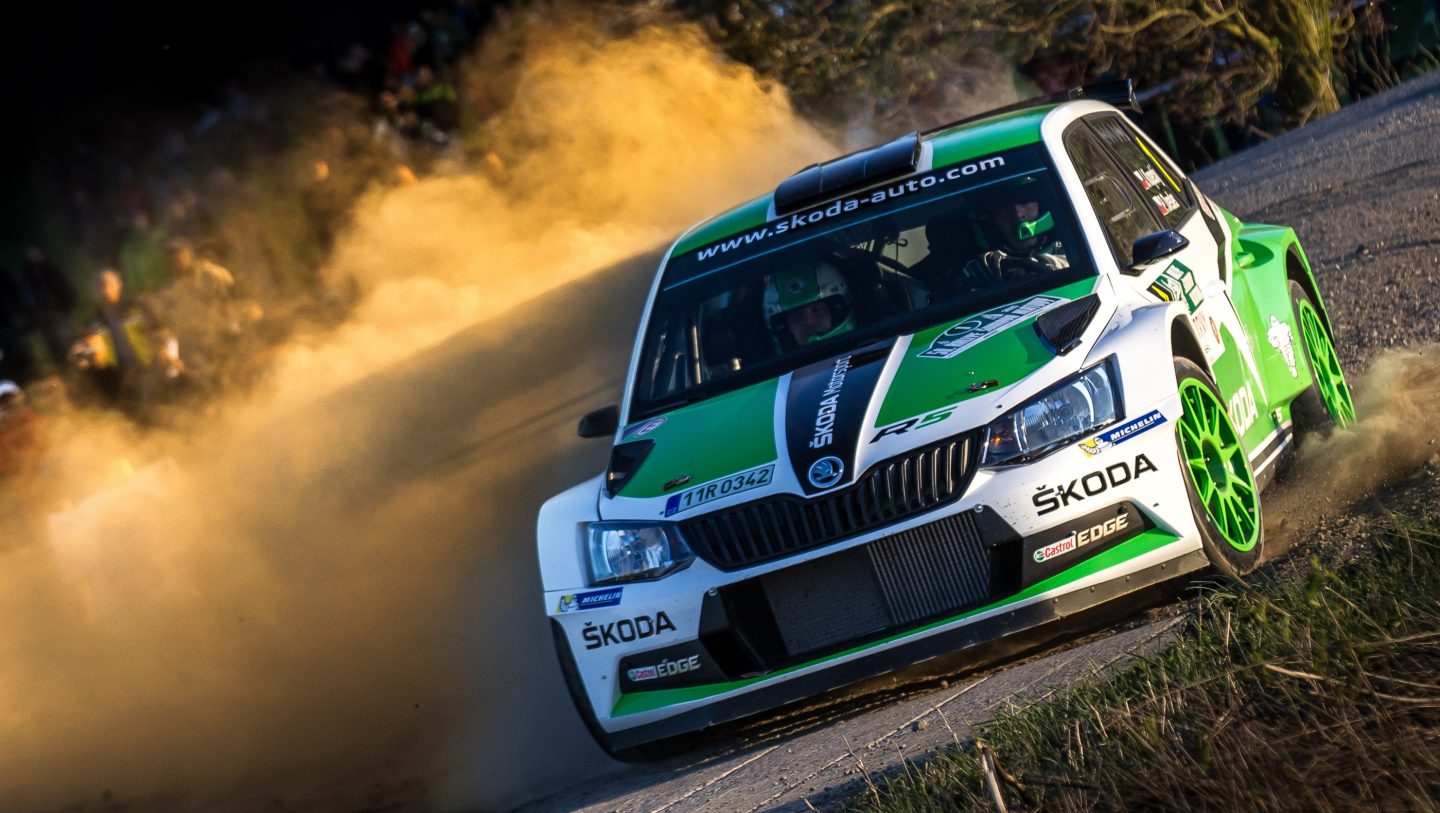 › Fabia R5 lines up at the second round of the Czech Rally Championship
› Hrabánek: “Victory at opening round shows we are on the right track”
› New high-tech powerhouse to make its debut in the FIA WRC this weekend

Mladá Boleslav, 20 May 2015 – Following its superb debut win at the opening round of this year’s Czech Rally Championship (MČR), the new ŠKODA Fabia R5 now lines up at its next home race. Reigning Asia-Pacific champion Jan Kopecký (CZ) and his co-driver Pavel Dresler (CZ) will once again take their place in the cockpit of the new racing car at the Rally Český Krumlov. The 43rd Rally Český Krumlov will take place on 22nd/23rd May and forms the second round of the MČR.

The new ŠKODA Fabia R5 enjoyed a stunning start with a commanding victory on its debut at the Rally Šumava Klatovy at the end of April. Thousands of fans cheered on the newly-developed racing car on its impressive first rally outing. The next challenge now awaits the ŠKODA team. ŠKODA Motorsport Director Michal Hrabánek: “The debut of the new Fabia R5 could hardly have gone better. We are on the right track.”

The Asia-Pacific champion has fond memories of the Rally Český Krumlov: Kopecký won here with co-driver Pavel Dresler in 2012. The iconic event starts on Friday in České Budějovice and ends 14 special stages and 161.92 kilometres of asphalt later on Saturday in the historic city of Český Krumlov.

One particular challenge for the ŠKODA works team is that the rally in South Bohemia coincides with the debut of the Fabia R5 in the FIA World Rally Championship (WRC2 category. European champion Esapekka Lappi (FIN) and the talented Pontus Tidemand (S), who signed for ŠKODA recently, will be at the wheel of the new ŠKODA Fabia R5 in Portugal.

… the Rally Český Krumlov is being staged for the 43rd time this weekend? At the inaugural event in 1971, a certain Mr Janouch (CZ) claimed the first of many victories for ŠKODA in the legendary 1100 MB.

… the Rally Český Krumlov is the only Czech rally in the FIA European Rally Trophy? This series comprises 14 races throughout Europe.

… sections of the route at the Rally Český Krumlov are run on roads, which are used for skiing in the winter? The “Lipno” stage, which the competitors tackle twice on Saturday, is both the highest and the final stage of the rally.

… the side programme for the Rally Český Krumlov features many different events? Fans can also look forward to rally competitions with vintage cars and cars with alternative power units, a rally legend show, and races with radio-controlled cars.

… the rally service park is located in the České Budějovice exhibition centre? The largest city in South Bohemia, with a population of 93,000, is known around the world as the home of Budweiser beer.