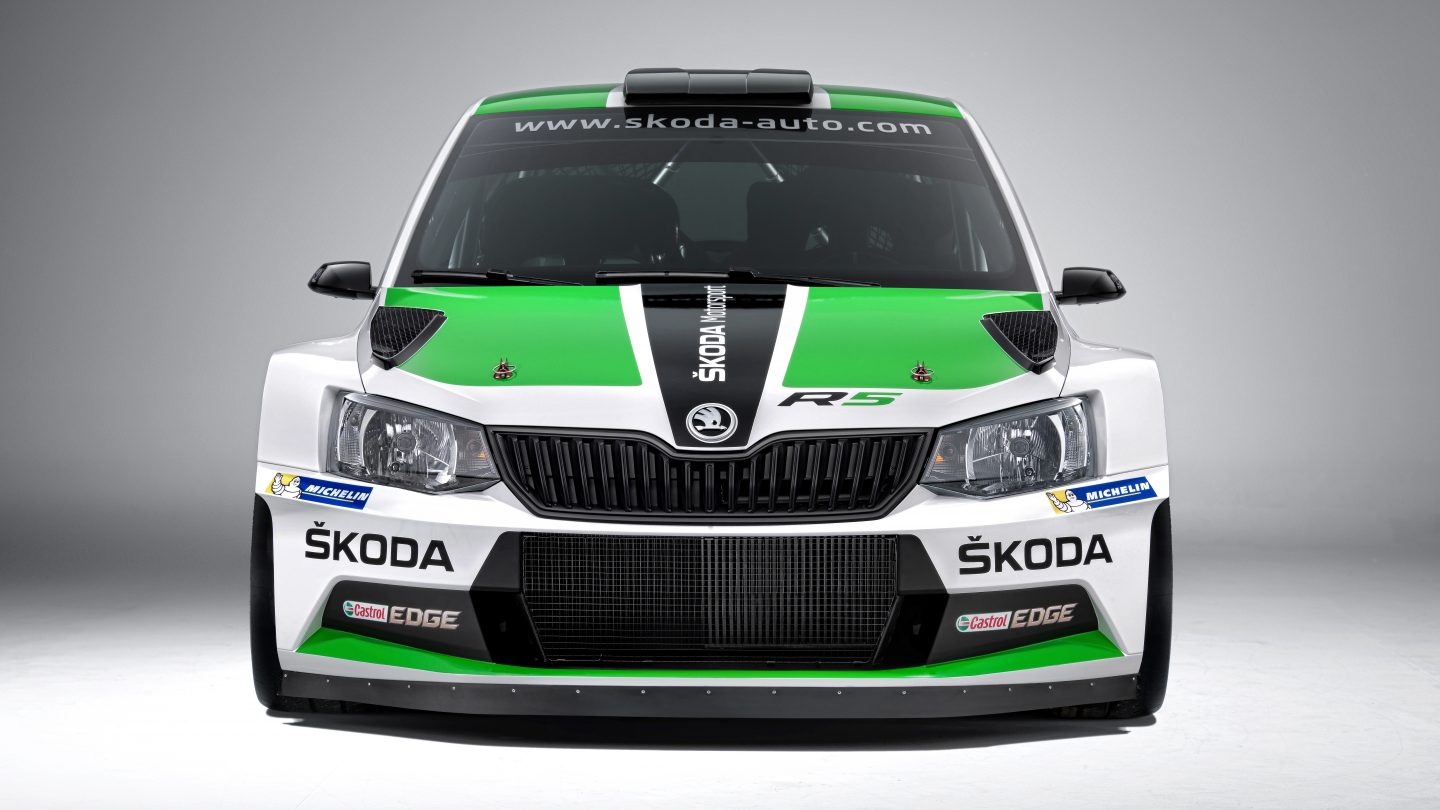 Mladá Boleslav, 29 April 2015 – The new ŠKODA Fabia R5 is much sought-after on the global customer racing scene. The first high-tech powerhouse has recently been delivered to Raimund Baumschlager (A). The twelve-time Austrian rally champion will make his first outing with the new car at the Wechselland Rally on 1 and 2 May. When the ŠKODA Fabia R5 made its international debut at the Rally Šumava Klatovy last weekend, the result was a dominant victory. The ŠKODA works team’s car, driven by Asia-Pacific Champion Jan Kopecký (CZ), proved to be both fast and reliable.

“Customer racing is far more than a mere business model for ŠKODA. The entire team is putting its heart and soul into every one of our rally cars. It makes no difference whether that car is a works car or a customer car. Our customers all over the world have come to value this passion and the high degree of technical expertise within our brand,” said ŠKODA Motorsport Director Michal Hrabánek.

“There is great interest in our new ŠKODA Fabia R5 on the customer racing scene. After the successful homologation of our new rally car, we have seen another dramatic rise in the number of enquiries,” said Marcela Janatová, the new head of the ŠKODA Motorsport customer programme. “We will strive to fulfil the requests of most customers before the end of the year. Even this spring, cars are being delivered to Germany, Italy, Belgium and Portugal,” Janatová continued.

The first customer behind the wheel of the four-wheel drive car will be experienced rally driver Baumschlager. The 55-year-old driver has been part of the test team for the new ŠKODA Fabia R5 in recent months. “It is an excellent rally car, which is outstanding to drive on any surface,” praised Baumschlager. “I am sure that the Fabia R5 will be the best car in its class.”

The Baumschlager BRR-Team had already purchased several Fabia Super 2000s from ŠKODA Motorsport and is again one of the most important customers to purchase the Fabia R5. Come mid-May, Fabian Kreim (D) will also make his first appearance in the new car for ŠKODA AUTO Deutschland in the German Rally Championship (DRM).

As well as an ultra-modern car, anyone purchasing the new Fabia R5 also receives technical support from the ŠKODA Motorsport team. “This way, both sides can share their knowhow and benefit from each other in the long term,” said Hrabánek. The basic race-ready version of the new ŠKODA Fabia R5 will cost 180,000 Euros in accordance with the regulations of the International Automobile Federation (FIA).

For that price, customers receive a spectacular four-wheel drive racing car, powered by a 1.6-litre turbo engine in accordance with FIA regulations. As well as changes to the chassis design, this is the largest change compared to the two-litre naturally aspirated engine in the Fabia Super 2000. The new car also features a new five-speed sequential gearbox and McPherson struts.

Baumschlager: “The Fabia R5 is even more accurate to drive and boasts mighty torque thanks to its turbo engine. It is just a brilliant rally car, which will continue ŠKODA’s success story.”