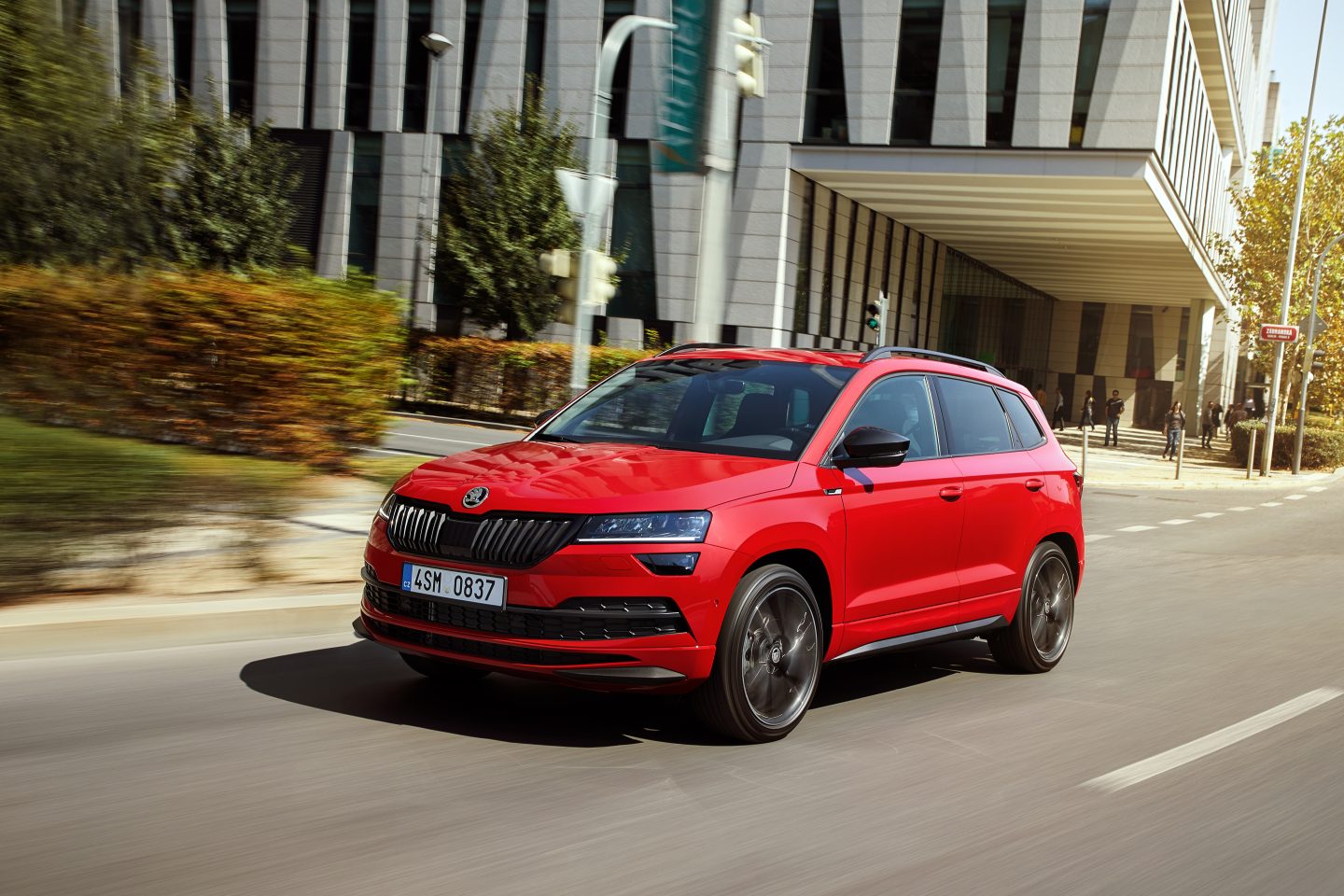 Mladá Boleslav, 8 November 2021 – Since its introduction in spring 2017, the ŠKODA KAROQ has contributed substantially to the Czech car maker’s success. Alongside its “big brother” the KODIAQ, this compact SUV has won over numerous customers and car magazines worldwide, playing a key role in shaping the development of the ŠKODA brand in recent years. More than 500,000 units of the KAROQ have rolled off the production lines since 2017. In 2020 and in the first half of 2021, it was ŠKODA’s best-selling SUV and the brand’s second most popular model overall after the OCTAVIA. The freshened ŠKODA KAROQ will make its debut in a digital media presentation on 30 November.

“With its generous amount of space and typical ŠKODA functionality, the KAROQ has delighted our customers right from the start. It was our most popular SUV model during the past year and the first half of 2021 – which illustrates its importance within the model portfolio. I am convinced that we will build on this success story with the new edition of the KAROQ and attract new customers to the brand.”

Introduced in 2017, the ŠKODA KAROQ represented the second stage of the ŠKODA SUV campaign, making this model series a key part of what has become a genuine success story – in 2020, this vehicle segment already accounted for almost 40 per cent of ŠKODA’s global sales figures. Indeed, in 2020 and the first half of 2021 the KAROQ was ŠKODA’s most popular SUV and the Czech car maker’s second best-selling model overall, behind the OCTAVIA. More than 500,000 units of the KAROQ have rolled off the production lines since 2017, and it’s currently available in 60 countries worldwide. ŠKODA manufactures this model in the Czech Republic and Slovakia as well as in Russia and China.

An exciting design and typical ŠKODA virtues
The KAROQ was launched with the same exciting design language as the KODIAQ, complete with crystalline elements, dynamic shapes and sharply defined lines. It also continued the ŠKODA convention of having SUV model names start with a K and end with a Q. Its name harks back to the language of Alaska’s original inhabitants, the Alutiiq. Its compact dimensions make the KAROQ the perfect car for urban environments, while its off-road mode and high ground clearance as well as an optional all-wheel drive system ensure it excels just as much on more challenging terrain. With its exceptional spaciousness and large luggage compartment, it is the ideal vehicle for families and lifestyle-focused customers. Optional VarioFlex rear seats are just one of many Simply Clever features offered by the functional KAROQ. It also offers superior active and passive safety, numerous assistance systems, even better comfort and a wealth of advanced connectivity features.

Numerous awards from the international automotive media
In addition to its great popularity with customers, the ŠKODA KAROQ is very highly regarded by the international motoring press, as evidenced by the host of awards it has won since its debut in 2017. In its first year of sales, the KAROQ received instant honours from the most prominent car magazines in Germany, the largest single market for ŠKODA worldwide. Auto Bild awarded it the “Golden Steering Wheel” as the best small SUV, while auto motor und sport honoured it with the “AUTONIS” award for best new compact SUV design. The KAROQ also beat the competition to win Auto Zeitung’s “Auto Trophy” as the best import SUV in the price bracket up to 25,000 euros in 2017, 2018 and 2019. In 2018 it won the title as the best import vehicle in the compact SUV and off-roader category in the auto motor und sport “Best Cars” readers’ choice award; this was complemented by the Czech and Greek “Car of the Year” awards and the “SUV of the Year” award in Bulgaria and at “The Fleet News Awards” in the UK. The German company car magazine firmenauto has presented the ŠKODA KAROQ with its “Company Car of the Year” award for three years running, from 2019 to 2021, in the compact SUV and crossover category. In 2021, in addition to winning “Best Family SUV” in British What Car? magazine, the KAROQ has also brought home two awards in Russia, where it was declared Autoreview “Car of the Year” and “Best compact 4×4 Crossover” at the Za Rulyom Grand Prix awards.