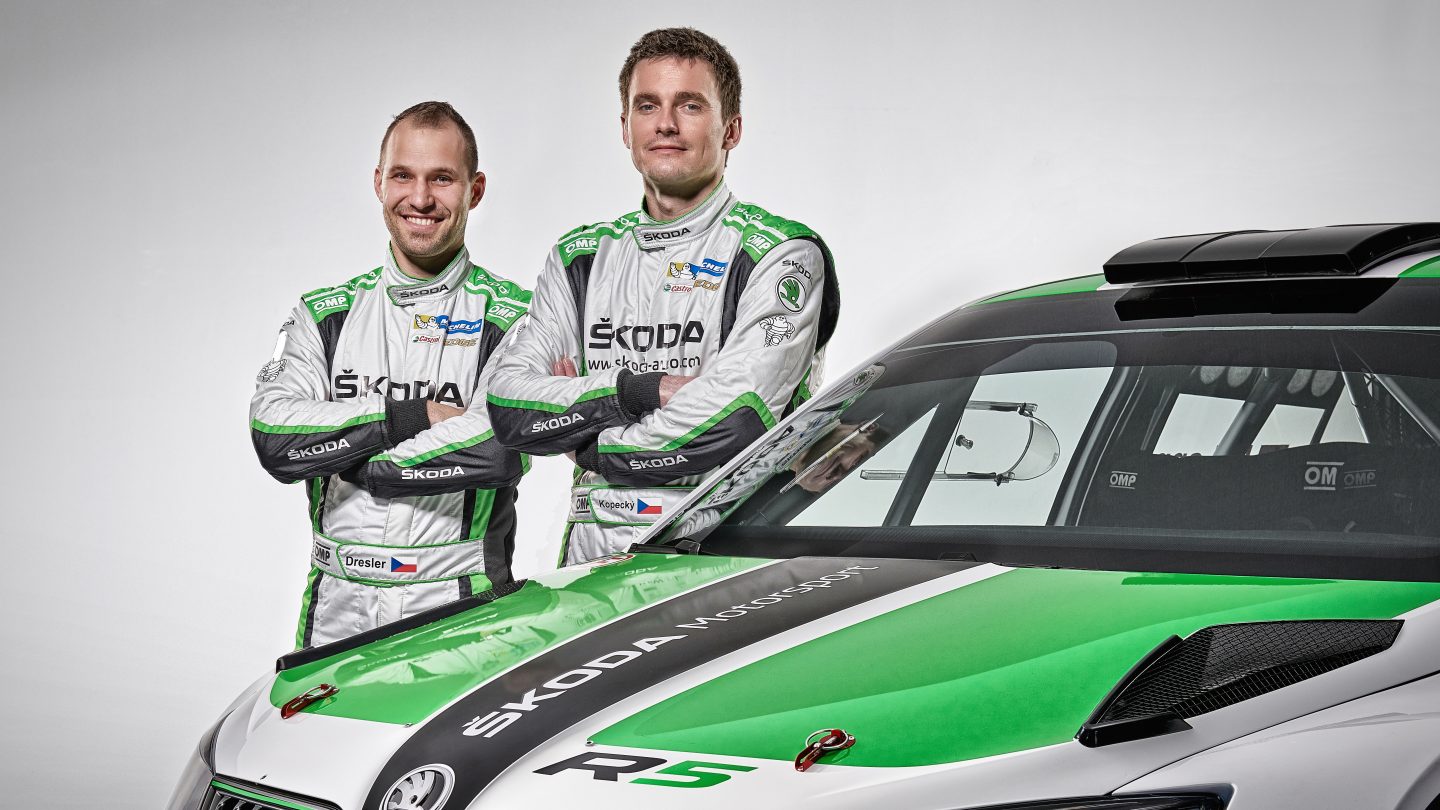 Mladá Boleslav, 22 April 2015 – The brand new ŠKODA Fabia R5 will make its debut on the international rally stage at the home of the manufacturer in the Czech Republic. Reigning Asia-Pacific champion Jan Kopecký (CZ) will be at the wheel of the new racing car at the 50th anniversary of the Rally Šumava Klatovy. The works team’s green, white and black powerhouse is charged with continuing ŠKODA’s successful 114-year history on the motorsport scene. 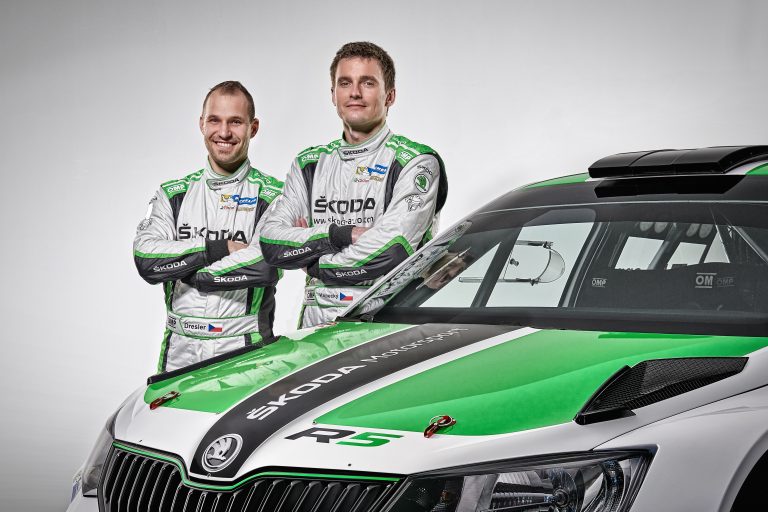 “We are delighted to now be able to test our new ŠKODA Fabia R5 at an actual rally, following the successful homologation by the International Automobile Federation FIA. It is obviously particularly symbolic that our first outing will be in the brand’s back yard in the Czech Republic,” said ŠKODA Motorsport Director Michal Hrabánek. The plan for this year is to test the competitiveness of the new rally car around the world, starting with the opening race of the Czech Rally Championship (MČR).

ŠKODA Motorsport will field the high-tech four-wheel drive car in the WRC 2 category at selected rounds of the FIA World Rally Championship (WRC), as well as in the FIA Asia-Pacific Rally Championship (APRC). However, the focus is first on the car’s debut in ŠKODA’s native Czech Republic.

Appropriately, the cockpit will also be occupied by a Czech duo when the car makes its debut: experienced rally driver and reigning APRC champion Jan Kopecký and his co-driver Pavel Dresler will take control of the car, which is powered by the new 1.6-litre turbo engine, at the Rally Šumava Klatovy. “We are obviously very proud to be the ones to herald the next chapter in ŠKODA’s rallying success story,” said Kopecký, who won the rally back in 2012. The 50th anniversary of the event features twelve demanding special stages, consisting of 150.71 kilometres against the clock. Jan Kopecký and Pavel Dresler will start all six rounds of the Czech Rally Championship in ŠKODA’s new rally car.

… the ŠKODA Fabia R5 was officially presented for the first time on 15th April? Around 50 international journalists slipped into the passenger seat at the test track in Bělá pod Bezdězem, about 20 km from the ŠKODA headquarters in Mladá Boleslav. The media experts were put through their paces as Jan Kopecký and Esapekka Lappi took them on a series of wild rides.

… the engine for the ŠKODA Fabia R5 was developed from scratch? The 1.6-litre turbo engine is a big change compared to the two-litre naturally-aspirated engine used in the Fabia Super 2000. The development process took advantage of synergies within the Volkswagen group – after all, Volkswagen has won the World Rally Championship for the last two years and once again holds a commanding lead in the series this year.

… the software in the new cars comes from Magneti Marelli? However, it was adapted by ŠKODA to meet its own requirements.

… there is huge interest in the new rally car among customer teams? Over 100 enquiries have already been received in Mladá Boleslav, with at least 15 ŠKODA Fabia R5 scheduled to be delivered this year.

The number for the “Rally Šumava Klatovy”: 2012

ŠKODA’s last win at the Rally Šumava Klatovy came back in 2012. Jan Kopecký and co-driver Pavel Dresler finished at the head of a ŠKODA Motorsport one-two-three in the Fabia Super 2000. Roman Kresta (CZ) and Jaromir Tarabus (CZ) finished second and third.