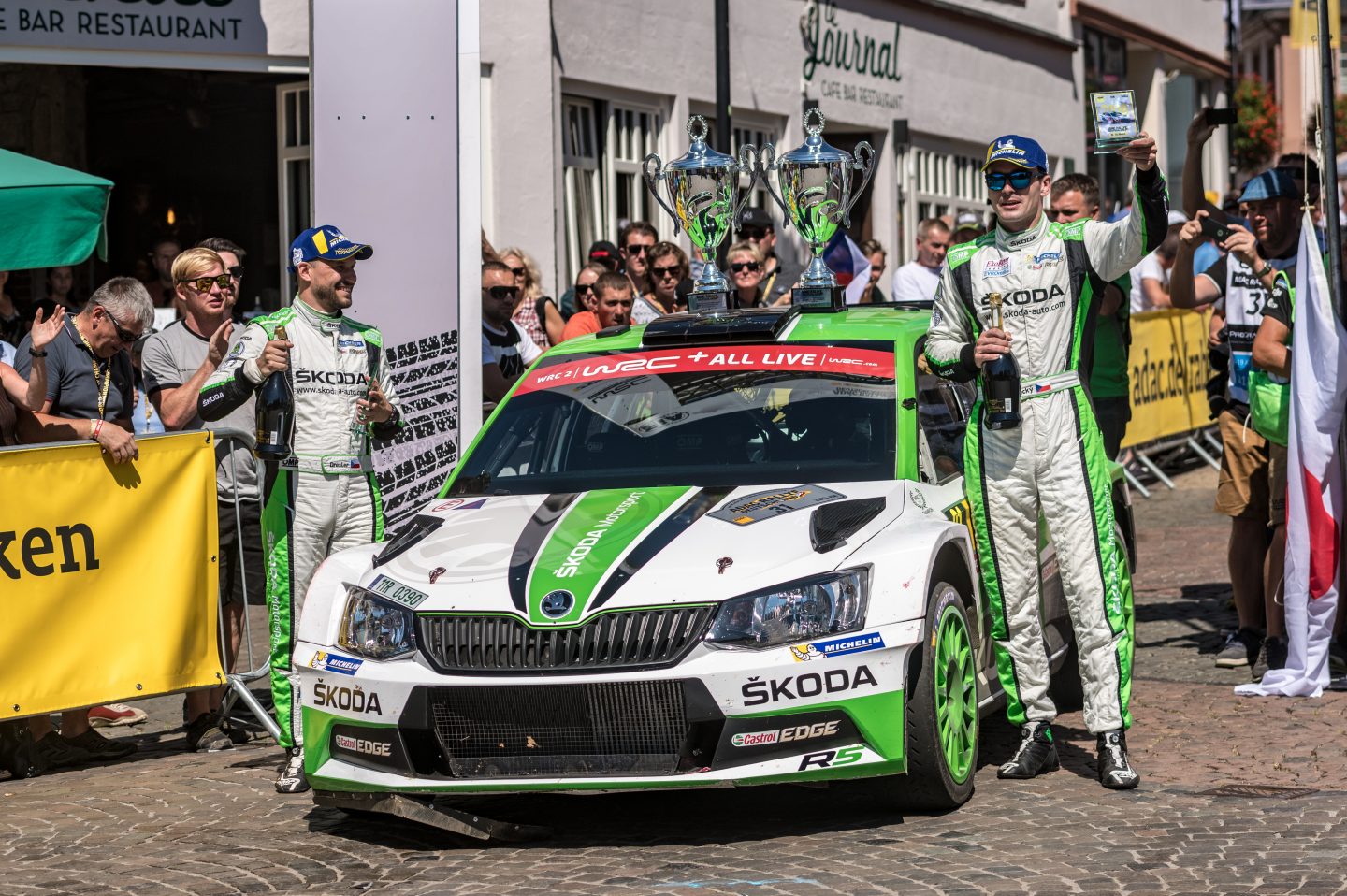 Bosen, 19 August 2018 – What a thrilling final for the WRC 2 category at ADAC Rallye Deutschland (16–19/08/2018)! After having lost valuable time with a puncture on Saturday morning, ŠKODA factory crew Jan Kopecký/Pavel Dresler (CZE/CZE) started an impressive race to catch up. They finally scored their fourth WRC 2 victory of the season and went into the lead of the championship standings. ŠKODA teammates Kalle Rovanperä/Jonne Halttunen (FIN/FIN) also delivered a fantastic performance on their first pure tarmac event for the ŠKODA factory team and finished second ahead of ŠKODA privateers Fabio Andolfi/ Emanuele Inglesi (ITA/ITA). 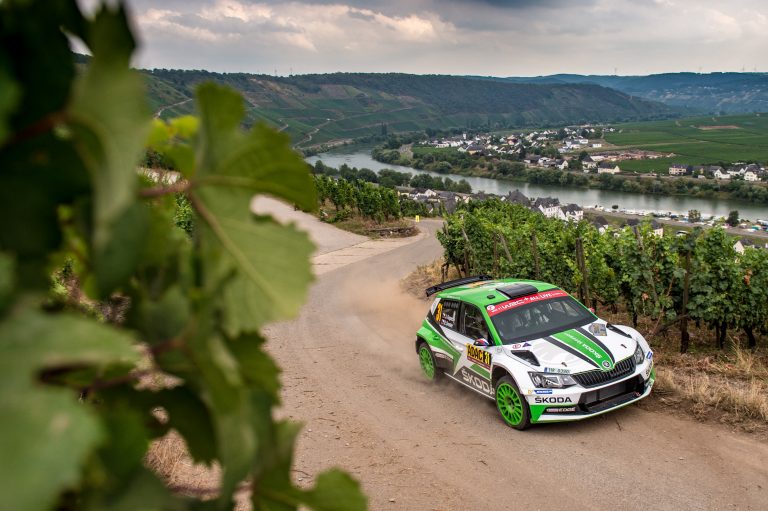 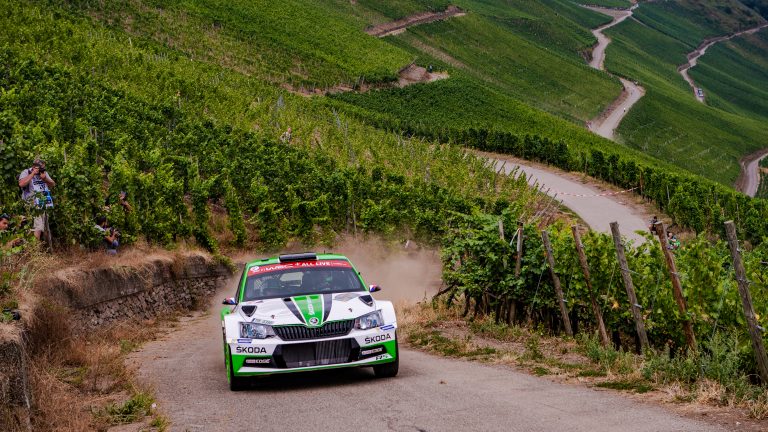 On the final day of the ADAC Rallye Deutschland, three more tests totalling around 72 kilometres were waiting for the crews. Among them the demanding 29.07 kilometres of “Grafschaft”, a labyrinth of hairpins and all sorts of narrow tracks and corners in the Mosel vineyards, which had to be driven twice.

17 years old ŠKODA Motorsport youngster Kalle Rovanperä and co-driver Jonne Halttunen (FIN/FIN) started the Sunday as WRC 2 leaders, followed by ŠKODA privateers Fabio Andolfi/ Emanuele Inglesi (ITA/ITA). After having collected a puncture on the second stage on Saturday which dropped them down from first to ninth position in the WRC 2 category standings, Czech Rally Champions Jan Kopecký/Pavel Dresler (CZE/CZE) had been fighting back in an impressive way up to third position at the end of the leg. The top four drivers in the category were only separated by some seconds on Saturday evening. So, the fight for the victory promised to be hot again.

Come Sunday, Kopecký started with the first quickest time, reducing the gap to heroic fighting ŠKODA privateer Andolfi down to 0.1 seconds. Meanwhile, Rovanperä defended his lead. With another fastest time on the penultimate stage, Kopecký not only overtook Andolfi, but also grabbed the lead from teammate Rovanperä. “Jan is pushing like hell, he is going for the championship, while I just drive my own pace,” confessed the young Finn. And with a fastest time on the last stage, Kopecký secured a well-deserved win which put him into the championship lead ahead of teammate Pontus Tidemand. The ŠKODA factory driver from Sweden had not nominated the ADAC Rallye Deutschland for his championship bid and therefore had skipped the event.

With a faultless and fast drive, ŠKODA youngsters Kalle Rovanperä and Jonne Halttunen finished a sensational second. ŠKODA privateers Fabio Andolfi/Emanuele Inglesi (ITA/ITA) were fighting until the end of the rally and finally conquered third place on an all ŠKODA podium at the finish in St. Wendel. Fabian Kreim and Frank Christian (DEU/DEU) from ŠKODA Auto Deutschland delivered an impressive performance on their home event as well and finished a respectable fourth.

ŠKODA Motorsport boss Michal Hrabánek was already looking forward to the coming events: “After their impressive victory here in Germany, Jan and Pavel will have an open title fight during the next FIA World Championship Rally in Turkey with Pontus and his co-driver Jonas Andersson. Kalle and Jonne drove a fantastic and absolutely faultless rally!”

Number of the day: 3
On the three stages of the final day of ADAC Rallye Deutschland, Jan Kopecký scored all fastest times in WRC 2.