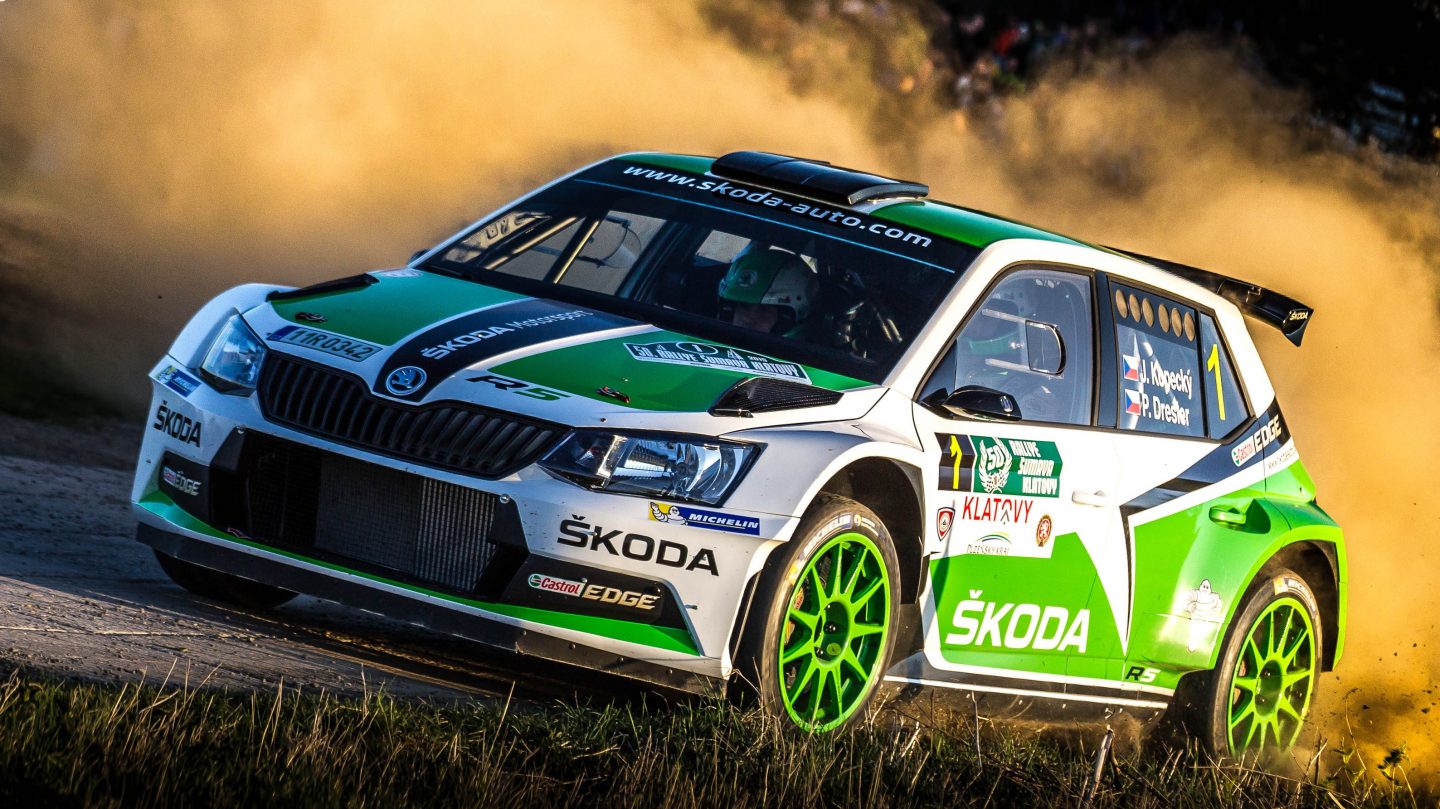 › Jan Kopecký and Pavel Dresler triumph with the new rally car at the opening round of the Czech Rally Championship
› Hrabánek: “Delighted to have made such a successful start”
› Faster and more reliable: ŠKODA Fabia R5 impresses thousands of fans on its debut on home soil

Klatovy, 25th April 2015 – First race, first commanding victory, and the fastest time on eleven of twelve special stages: the new ŠKODA Fabia R5 enjoyed a dazzling rally debut in its native Czech Republic. Asia-Pacific champion Jan Kopecký (CZ) guided the rally car to a dominant victory at the 50th anniversary of the Rally Šumava Klatovy. Thousands of fans cheered on the new car, which proved to be both fast and reliable on its debut. 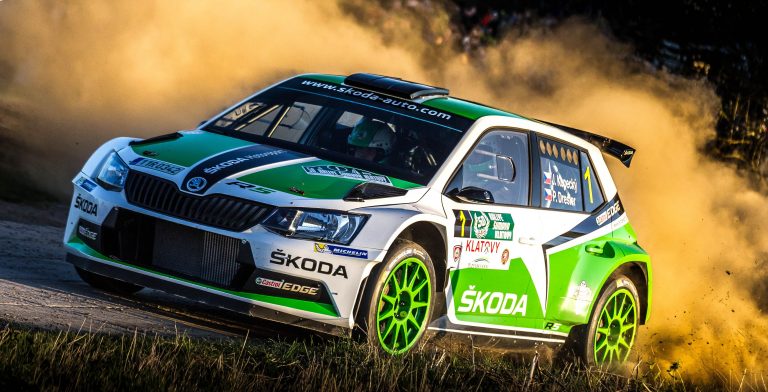 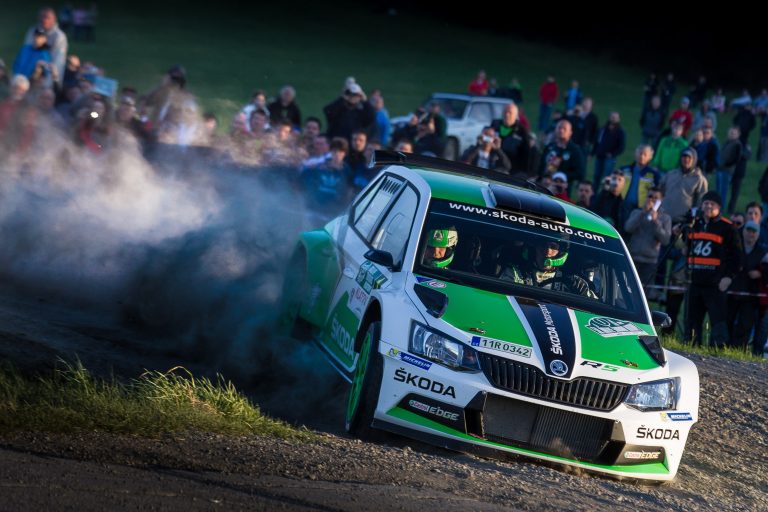 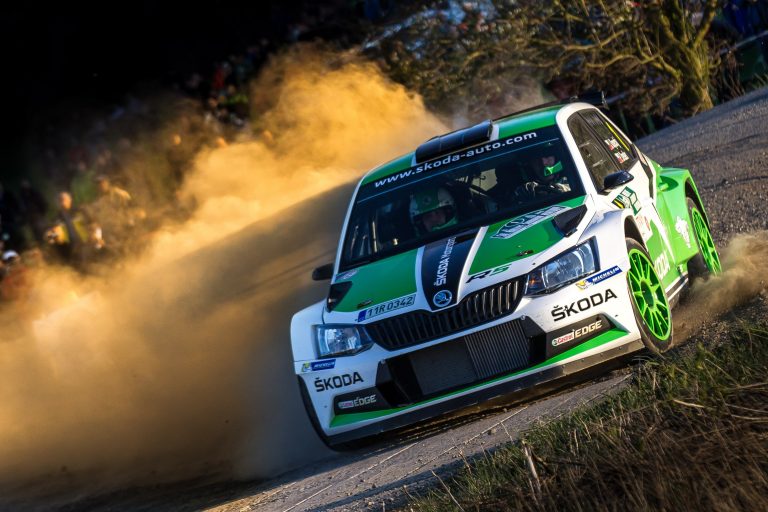 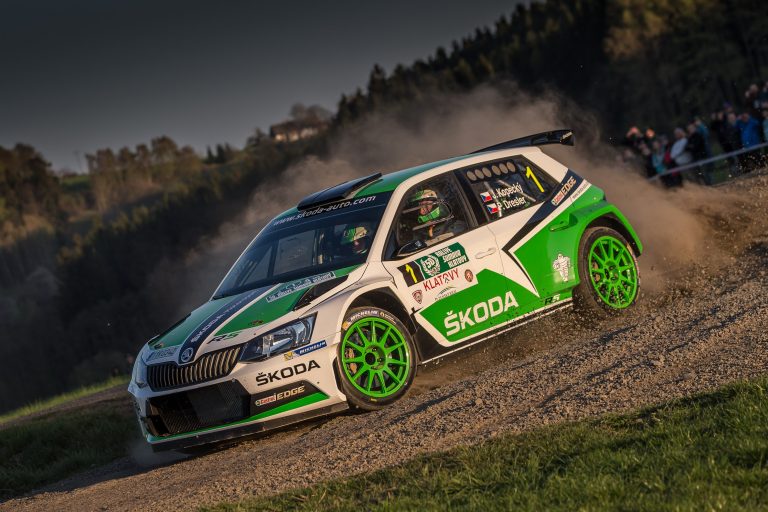 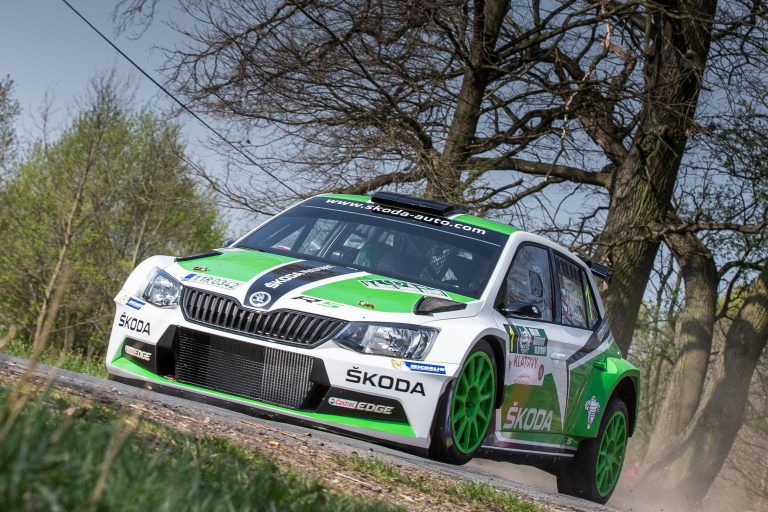 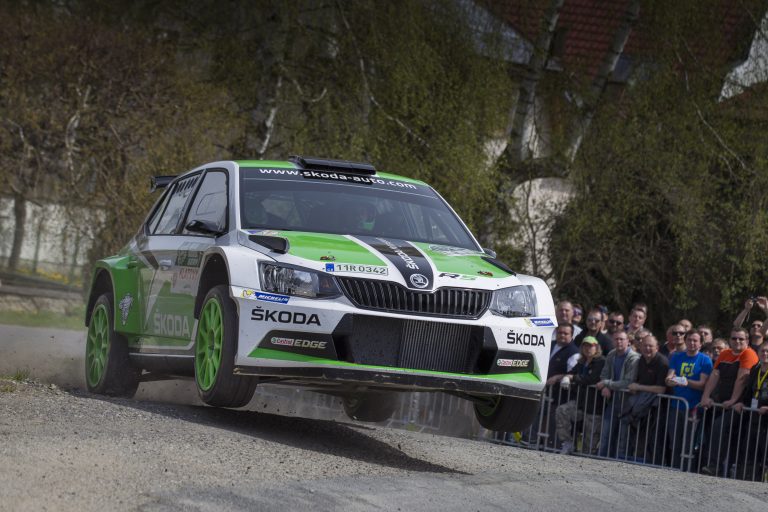 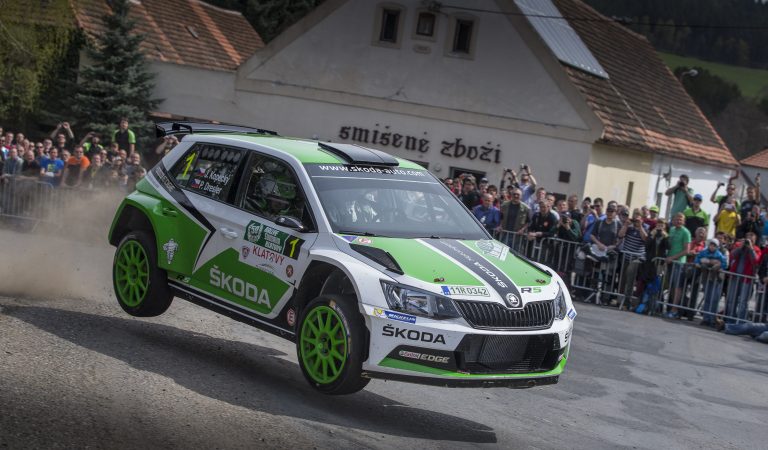 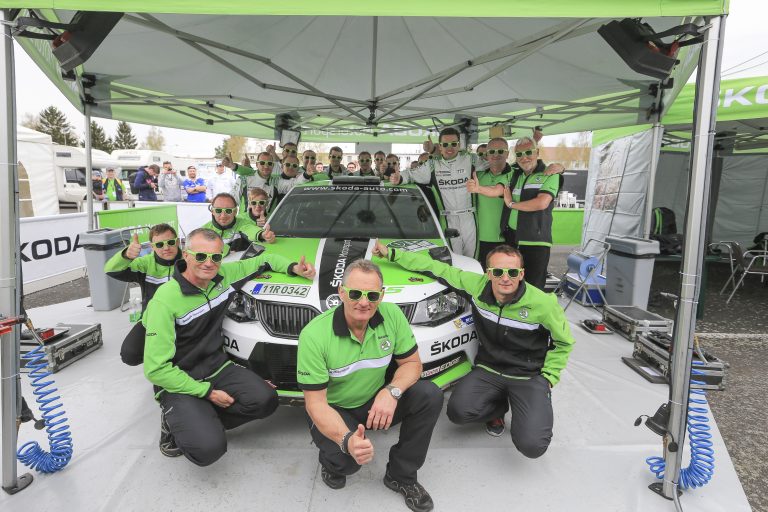 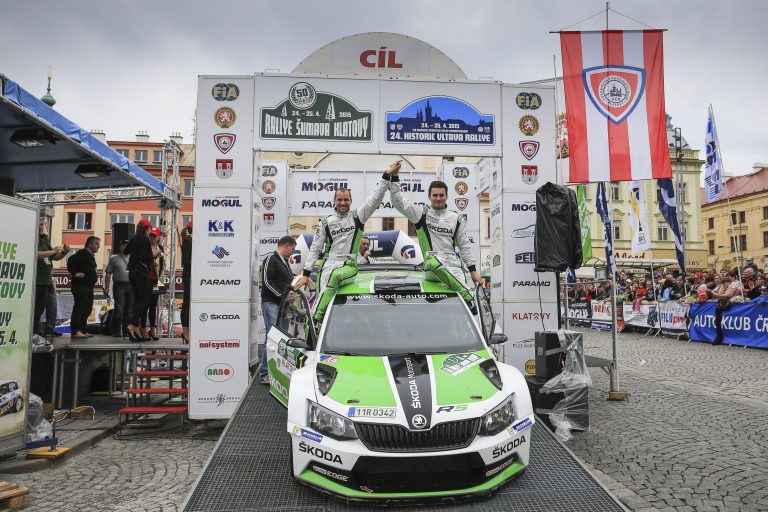 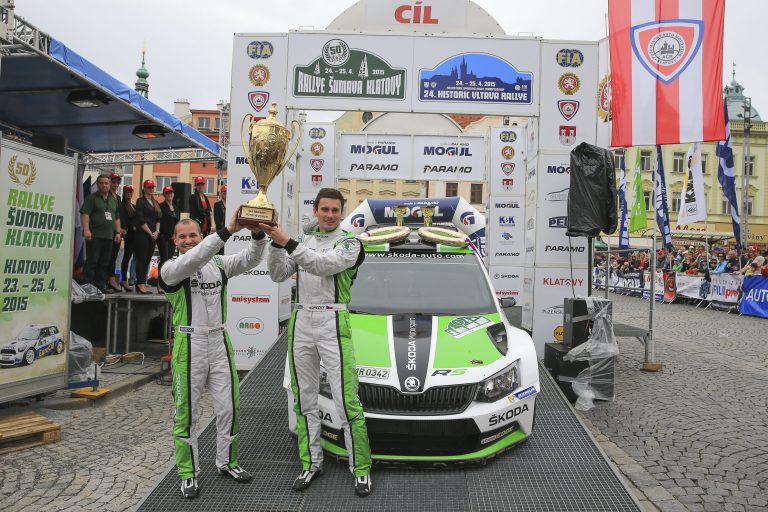 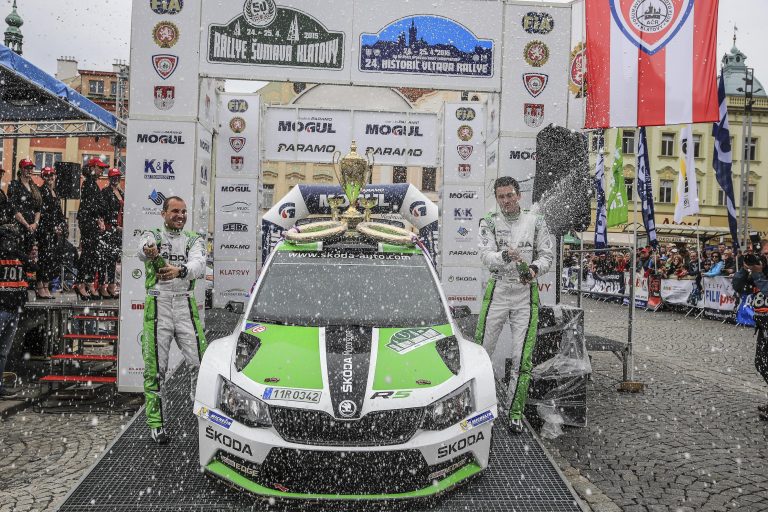 “The rally debut of our new ŠKODA Fabia R5 symbolically launched a new chapter of our motorsport tradition in the home of the brand. As such, we are particularly delighted to have made such a successful start. We were very excited, and the debut showed that we are on the right track with the new rally car,” said Michal Hrabánek. However, the ŠKODA Motorsport Director warned against getting carried away: “We do not want to read too much into the first result. The car and the team will have to come through some very different tests at the coming rallies.”

That said, the opening round of the Czech Rally Championship (MČR) went like clockwork. The ŠKODA Fabia R5 became one of very few rally cars ever to have won its first official special stage. And there was more success to come: by the end of an impressive display over 150.71 kilometres, Jan Kopecký and Pavel Dresler, in the green, white and black ŠKODA Fabia R5, had opened up a lead of 1:34.6 minutes over Bryan Bouffier. The Frenchman is no slouch, having finished runner-up in the 2013 European Championship – again behind Kopecký in a ŠKODA.

“The first start with our new ŠKODA Fabia R5 could not have gone better. We were obviously a bit tense as, after all the many tests, only an actual race would truly reveal how well the car was running. And it worked perfectly: we are very happy about the win and hope we were able to impress a lot of people with our new Fabia R5,” said debut driver Kopecký, who was even able to try out some different set-ups on his first outing with the new rally car. “We are already really looking forward to the next rallies, as it seems to be a great car.”

The experienced 33-year-old will be back in action at the Rally Český Krumlov, the second round of the Czech Rally Championship, on 22nd and 23rd May. At almost exactly the same time, ŠKODA Motorsport will make its comeback in the WRC 2 category of the FIA World Rally Championship (WRC) from 21st to 24th May. European champion Esapekka Lappi (FIN) and new signing Pontus Tidemand (S) will be at the wheel of the new ŠKODA Fabia R5. Hrabánek: “Running two cars will be another challenge with our new rally car. Before then, we will continue testing. The win puts us in a good position going forward, but we still have a lot of work ahead of us.”

The number for the Rally Šumava Klatovy: 11

Jan Kopecký and Pavel Dresler won eleven of the twelve special stages as the ŠKODA Fabia R5 made its race debut. Not only did the new car triumph on its very first special stage, but it won the longest stage on the rally by an impressive margin. Kopecký finished over 17 seconds ahead of Bryan Bouffier on both runs of the 25.59-kilometre stage. 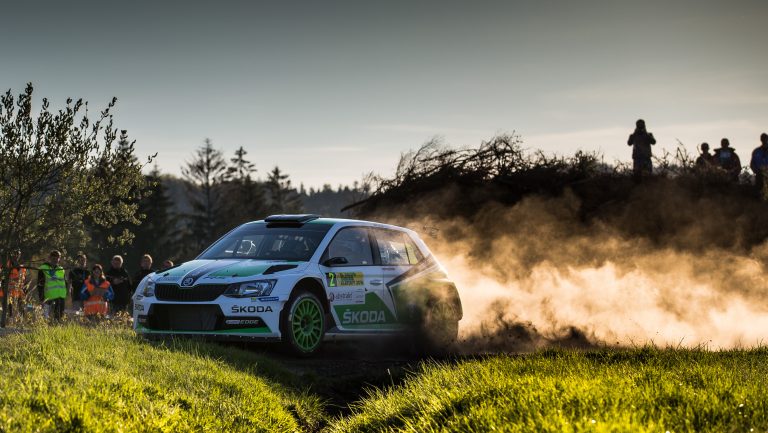