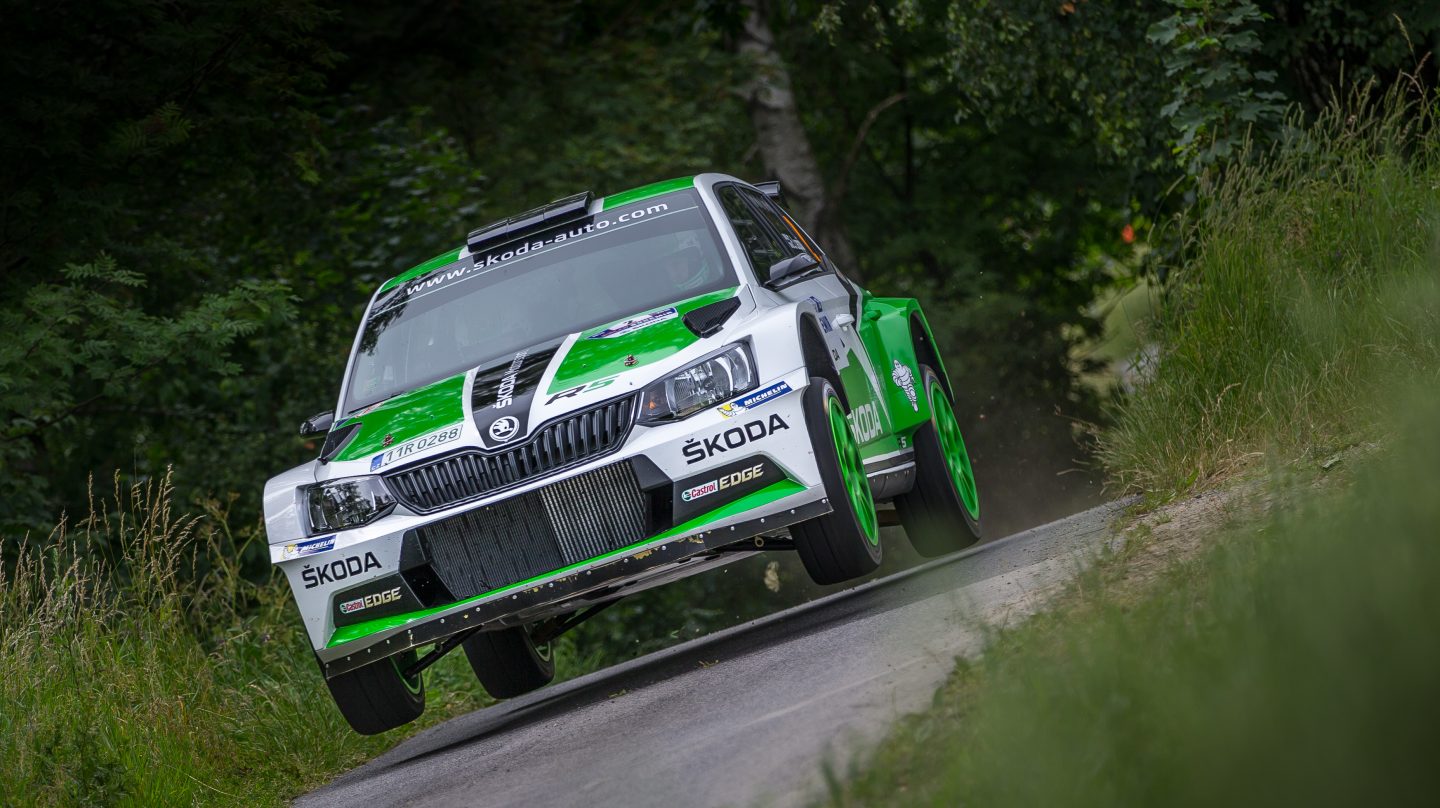 › Jan Kopecký wins at the Rally Bohemia for the third time in a row
› Kopecký unbeaten in the Fabia R5 in four races in the Czech Rally Championship (MČR)
› Esapekka Lappi wins five stages on guest appearance in the national championship
› Michal Hrabánek: “It's great that we were able to make our fans happy”

Mladá Boleslav, 12 July 2015 – Home advantage exploited, thousands of fans delighted: ŠKODA continued its winning streak with the new Fabia R5. Jan Kopecký (CZ) and co-driver Pavel Dresler (CZ) celebrated an acclaimed victory at the 42nd Rally Bohemia in the region of ŠKODA’s headquarters in Mladá Boleslav. This sees the duo remain unbeaten in the fourth race of the Czech Rally Championship (MČR) and extend their lead at the top of the table even further. The second ŠKODA works team Esapekka Lappi/Janne Ferm (FIN/FIN) was convincing with five stage wins just one week after the historic victory for the Fabia R5 in the FIA World Rally Championship (WRC 2). 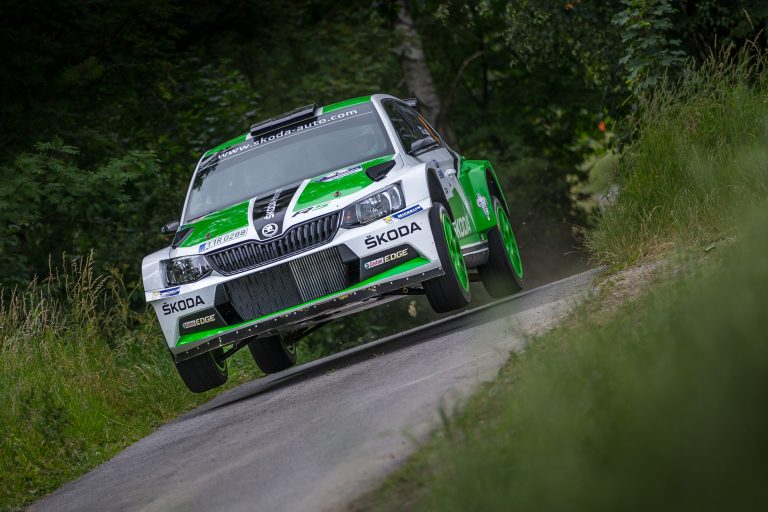 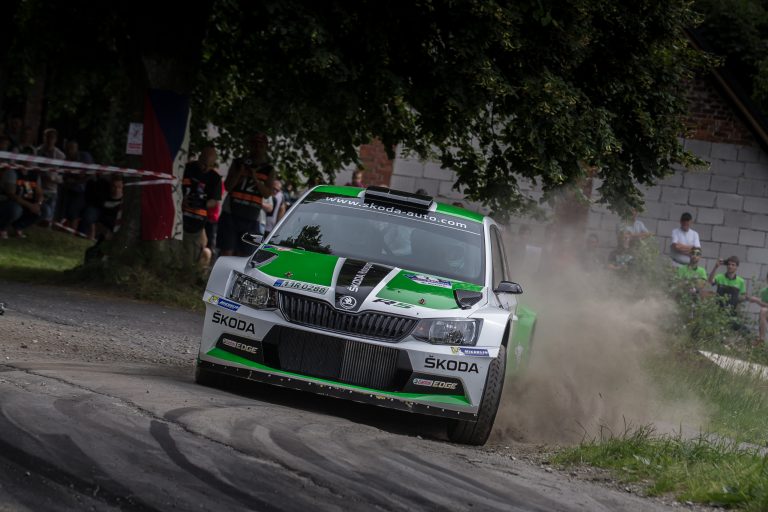 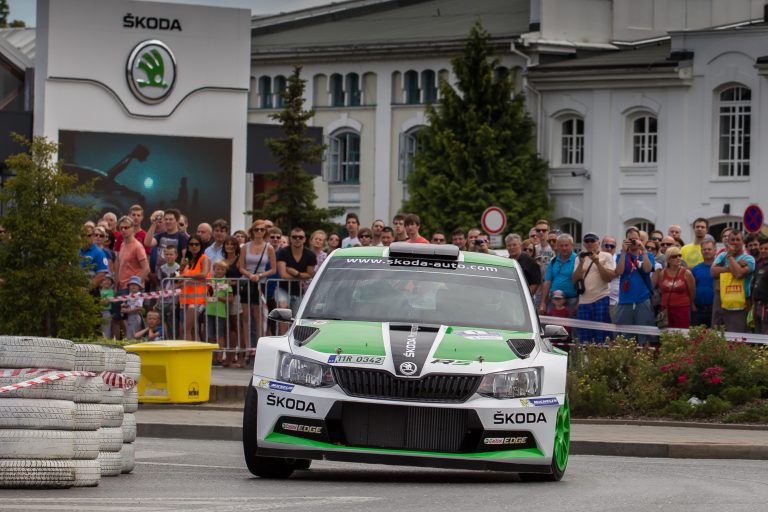 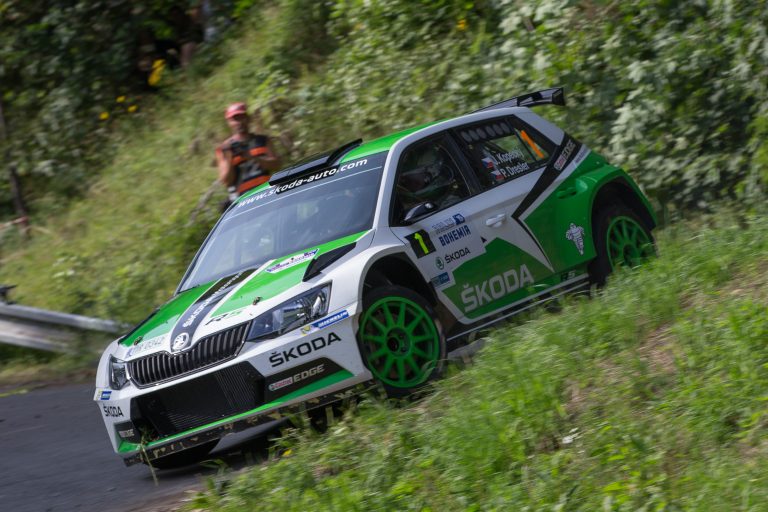 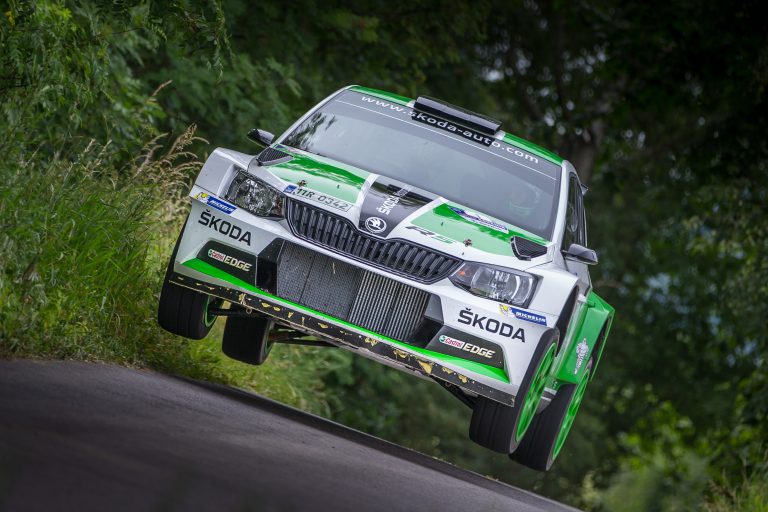 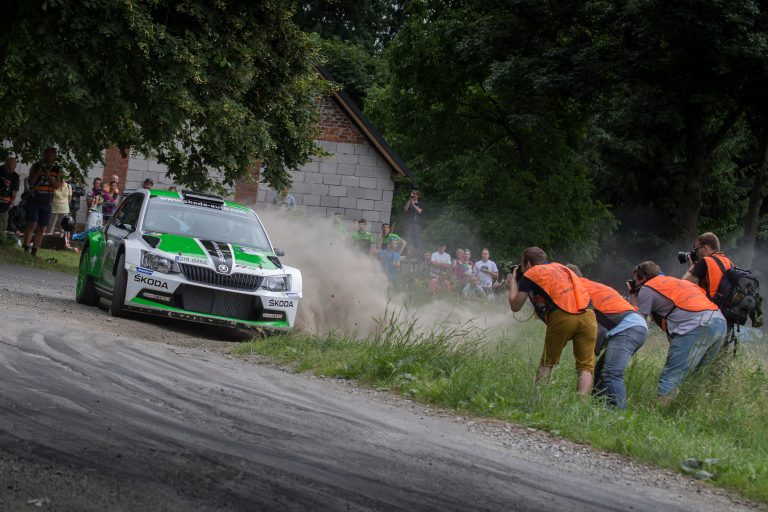 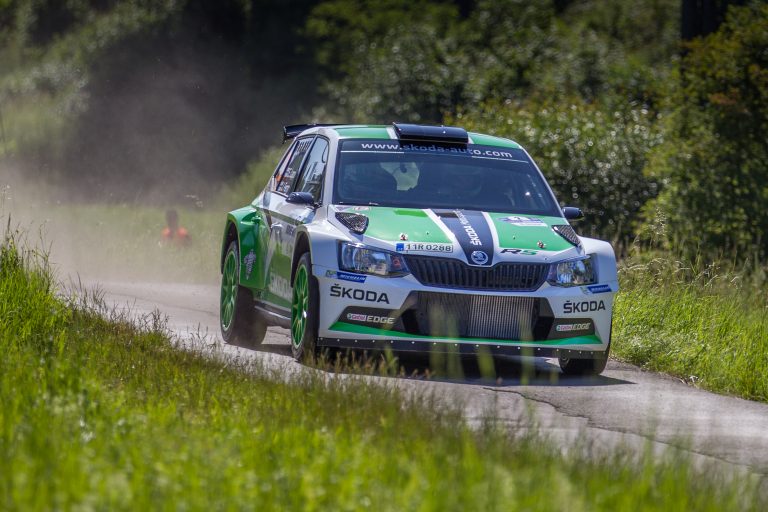 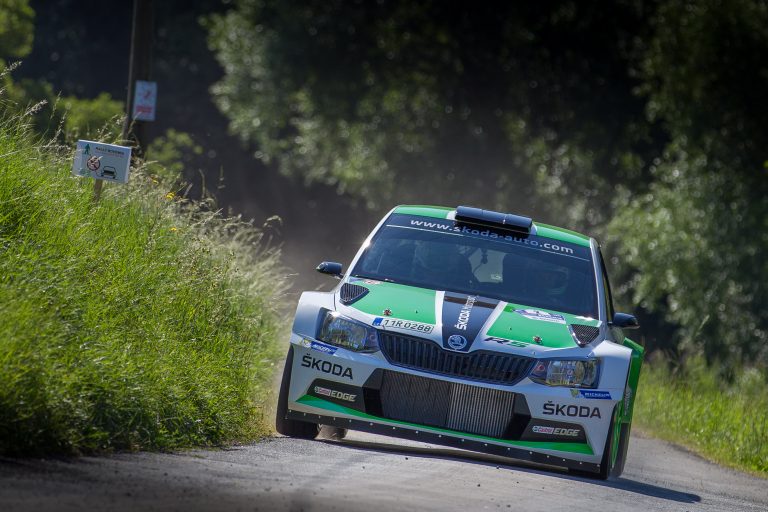 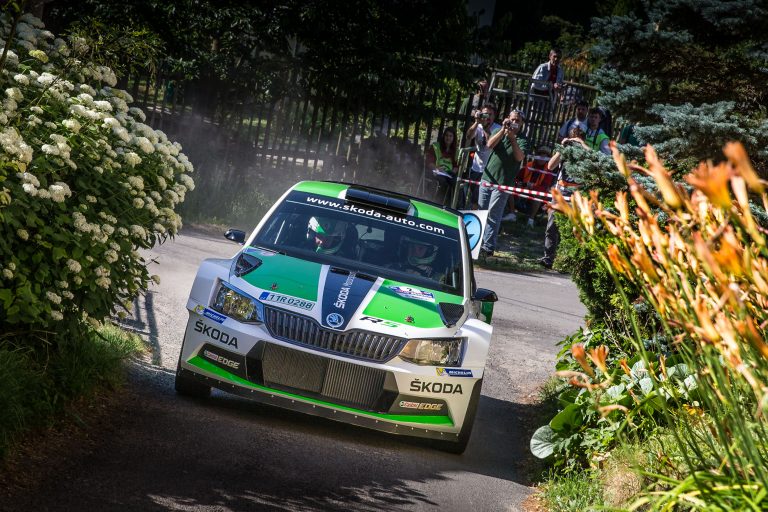 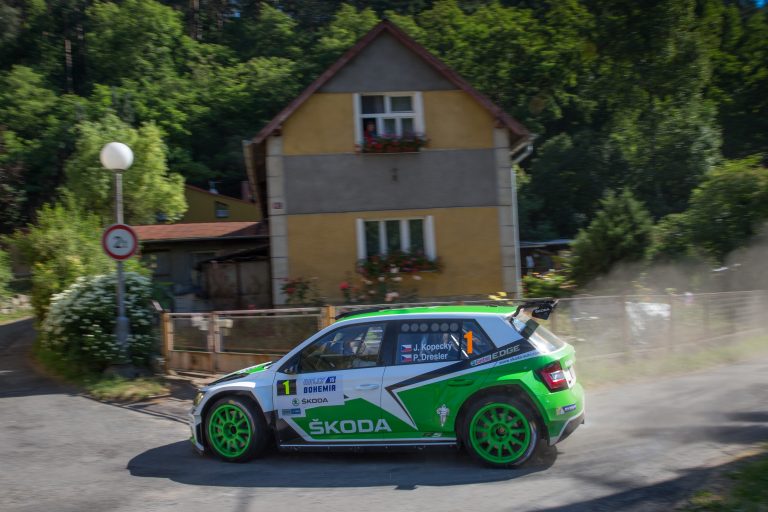 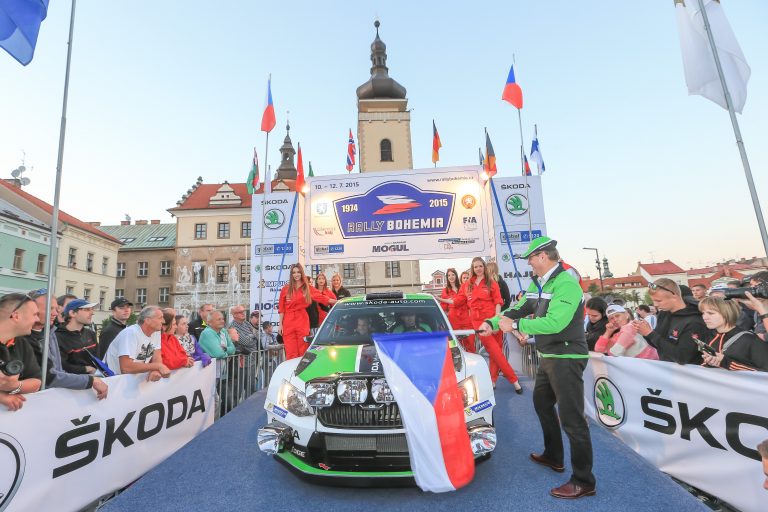 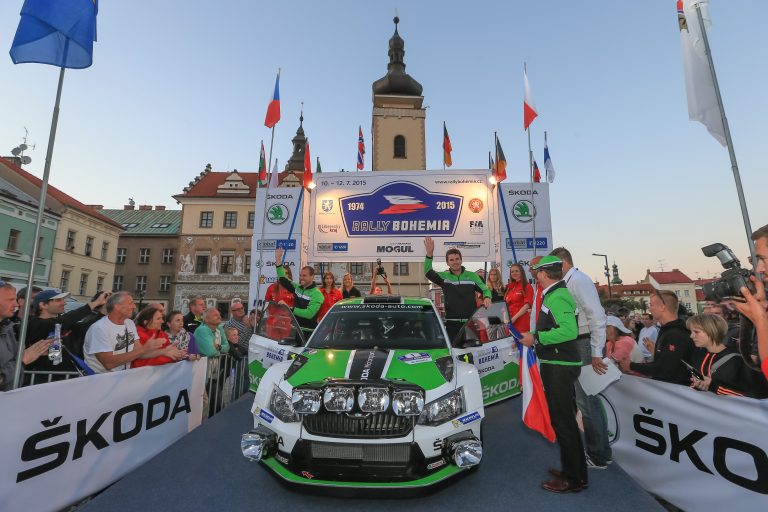 “It’s great that we were able to make so many fans happy with the Fabia R5 right on our doorstep! The Rally Bohemia is always a special race for ŠKODA – which makes the win even more special,” said ŠKODA Motorsport Director Michal Hrabánek. This makes ŠKODA unbeaten at its home race since 2009. Hrabánek: “Jan Kopecký and Pavel Dresler have proved once again that they are real experts at this rally.

The experienced duo won at the Rally Bohemia for the third time in a row, Kopecký has now won ŠKODA’s home race a total of five times. But the victory didn’t come easy to him at the start; until the fifth special stage he was embroiled in a dramatic duel for tenths of a second with his team-mate Lappi. However, on the sixth stage, the Finn suffered tyre damage and lost over two minutes while he changed the tyre

“Esapekka really didn’t make it easy for me. It’s a shame that we couldn’t continue our duel,” said Kopecký, who had his arch-rival Václav Pech (CZ) firmly under control this time. 33-year-old Kopecký was delighted that he was able to give something special to the thousands of fans with his third win in a row at the highlight of the Czech Rally Championship: “It’s so great to feel the enthusiasm of the fans at ŠKODA’s home event. It’s even better that we won again with our new Fabia R5.

ŠKODA’s new turbo four-wheel drive was the fastest car on all twelve special stages. Kopecký got seven best times and Lappi got four. On the final stage, both ŠKODA works drivers shared the best time. Despite his tyre damage, European Champion Lappi worked his way up into fourth place in the overall standings by the end of the rally. “It’s a shame, without the problems, we would have been able to do better. But it was so much fun driving on asphalt in our Fabia R5 in front of these fans once again,” said Lappi.

After ŠKODA’s home rally comes his personal home event: The Rally Finland will be held from 30 July to 2 August in the FIA WRC. Another chance to continue the run of success for the new Fabia R5. To date, the works team has already amassed four wins in the MČR and five podium positions, including one win, in the FIA World Rally Championship (WRC 2 classification).

The number of the Rally Bohemia: 6 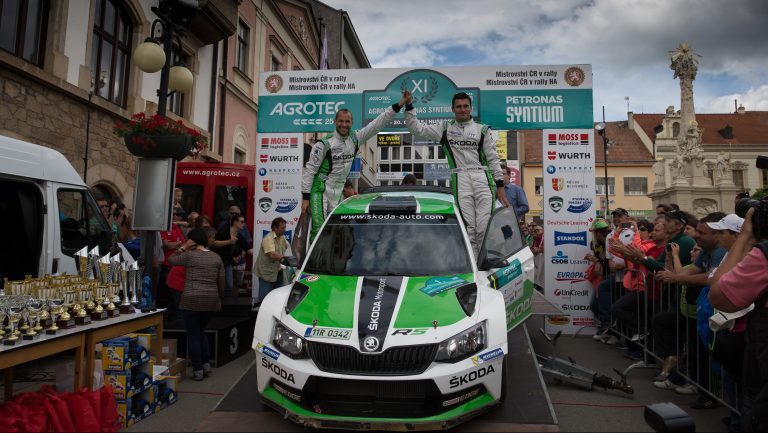