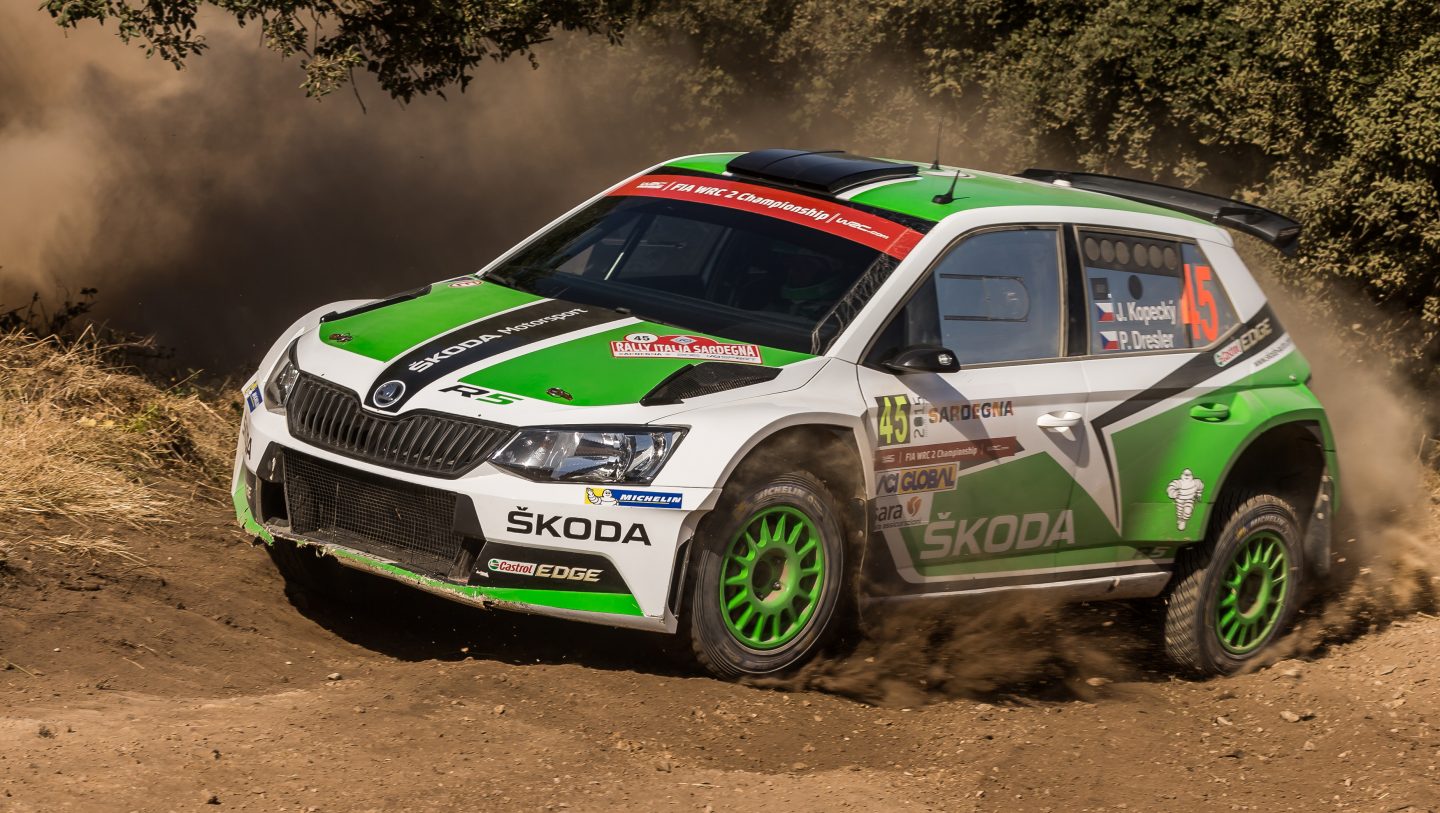 › Lappi/Ferm travel to Germany as new WRC 2 leaders
› Kopecký/Dresler dominate the Czech Rally Championship
› Three customer racing duos line up with the new Fabia R5 at the Rally Germany
› ŠKODA Motorsport Director Michal Hrabánek: “We want to stay on the road to success with the Fabia R5”

Mladá Boleslav, 18 August 2015 – After two one-twos in a row at the last two races in the WRC 2, ŠKODA now turns its attention to the Rally Germany with the new ŠKODA Fabia R5. A large contingent of five ŠKODA Fabia R5s will take to the asphalt route at the ninth round of this year’s World Championship. Finnish ŠKODA duo Esapekka Lappi/Janne Ferm line up as WRC 2 leaders. The second ŠKODA works team in action is that of Jan Kopecký/Pavel Dresler (CZ/CZ). They are joined by three high-quality customer teams with the Fabia R5. ŠKODA’s five high-tech, four-wheel drive powerhouses will face around 375 kilometres against the clock, spread over 21 demanding special stages.

“Five Fabia R5s at the Rally Germany – this strong presence is evidence of the fine job we did when developing our new rally car. The Rally Germany represents an enormous test for our teams. After two back-to-back one-twos, we would obviously like to challenge for the win again and remain on the road to success,” said ŠKODA Motorsport Director Michal Hrabánek.

The new Fabia R5 must prove itself on an official asphalt rally in the WRC 2 for the first time at the Rally Germany. The new rally car’s first four starts in the World Championship were all predominantly on gravel. The formidable ‘Hinkelstein’ boulders that line the route are not the only thing that make the varied roads around the city of Trier the most challenging asphalt race in the FIA World Rally Championship.

“It is going to be an extremely exciting Rally Germany. I am really looking forward to the challenge from Jan Kopecký and the three customer teams. Our goal is to claim a third win in a row in WRC 2. But it will be damned hard,” said Esapekka Lappi. The Finn recently won both the Rally Poland and the Rally Finland and now leads the WRC 2 standings.

Jan Kopecký/Pavel Dresler have also impressed so far this season. The Czech duo arrive at the Rally Germany undefeated at the top of the standings in the Czech Rally Championship (MČR). As such, Kopecký is brimming with confidence ahead of his second WRC 2 outing with the new Fabia R5: “Pavel and I are absolutely delighted to have another opportunity to prove ourselves in the World Rally Championship. We finished third on our WRC 2 debut on Sardinia this year. We will do everything in our power to finish on the podium again in Germany,” said the 33-year-old. The terrain ought to suit asphalt specialist Kopecký, who is also very familiar with the Rally Germany: he finished fifth here in 2007 to claim his best result in the top division of rallying, WRC.

As well as the two ŠKODA works teams, Nasser Al-Attiyah (Q), Armin Kremer (D) and Fabian Kreim (D) will also be at the wheel of a Fabia R5. Reigning WRC 2 champion Nasser Al-Attiyah, two-time winner of the iconic Rally Dakar, will test the new Fabia R5 for the first time as a customer. Kreim is making a one-off guest appearance in the FIA World Rally Championship for the ŠKODA AUTO Deutschland team. Former European champion Kremer is currently ninth in the WRC 2 standings with 34 points.

… Esapekka Lappi and Janne Ferm are the only duo to have won two WRC 2 rallies in a row this year? The Finns were victorious at the last two rounds in Poland and Finland.

… Esapekka Lappi tops the Drivers’ Championship in WRC 2, although he has only contested four of the season’s eight races so far? The Finn leads with 70 points, followed by compatriot Jari Ketomaa (67 points). Pontus Tidemand (61 points) is the second ŠKODA works driver in fourth place. Jan Kopecký already has 15 points to his name after just one WRC 2 outing this year.

… the ŠKODA works pairing of Pontus Tidemand/Emil Axelsson do not line up at this rally, as they recently turned their attention to their mission to win the title in the FIA Asia-Pacific Rally Championship (APRC)? The duo was in action last weekend at the fourth round of the season in Malaysia. The successful duo holds a commanding lead in the APRC after three wins and a second place.

… the infamous Panzerplatte will provide the backdrop for the shortest and longest special stage at the Rally Germany on Saturday? The drivers must tackle the 45.61-kilometre “Panzerplatte Lang” twice on the former military training ground, whilst the 2.87-kilometre “Arena” stage is run three times.

… the diversified characteristics of the special stages make the Rally Germany extremely demanding? Various different surfaces must be mastered on the sections at the Baumholder military training ground, narrow and bumpy roads wind through the Mosel vineyards, a plethora of corners and crests await in the Eifel Mountains, while the roads through Saarland demand a flat-out mentality.

… the rally will both start and finish in front of the famous Roman gate in Trier, the Porta Nigra? Translated, this means “Black Gate”. It is part of the UNESCO World Heritage Site and was built around 180 AD.

… the city of Trier was founded over 2000 years ago under the name Augusta Treverorum? As such, Trier can claim to be the oldest city in Germany. 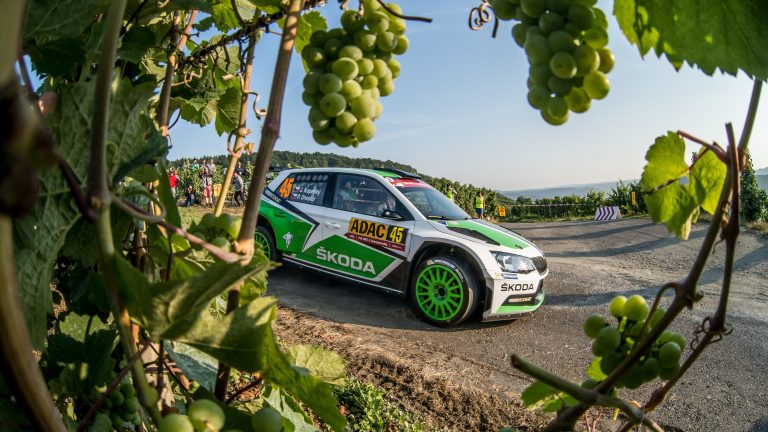