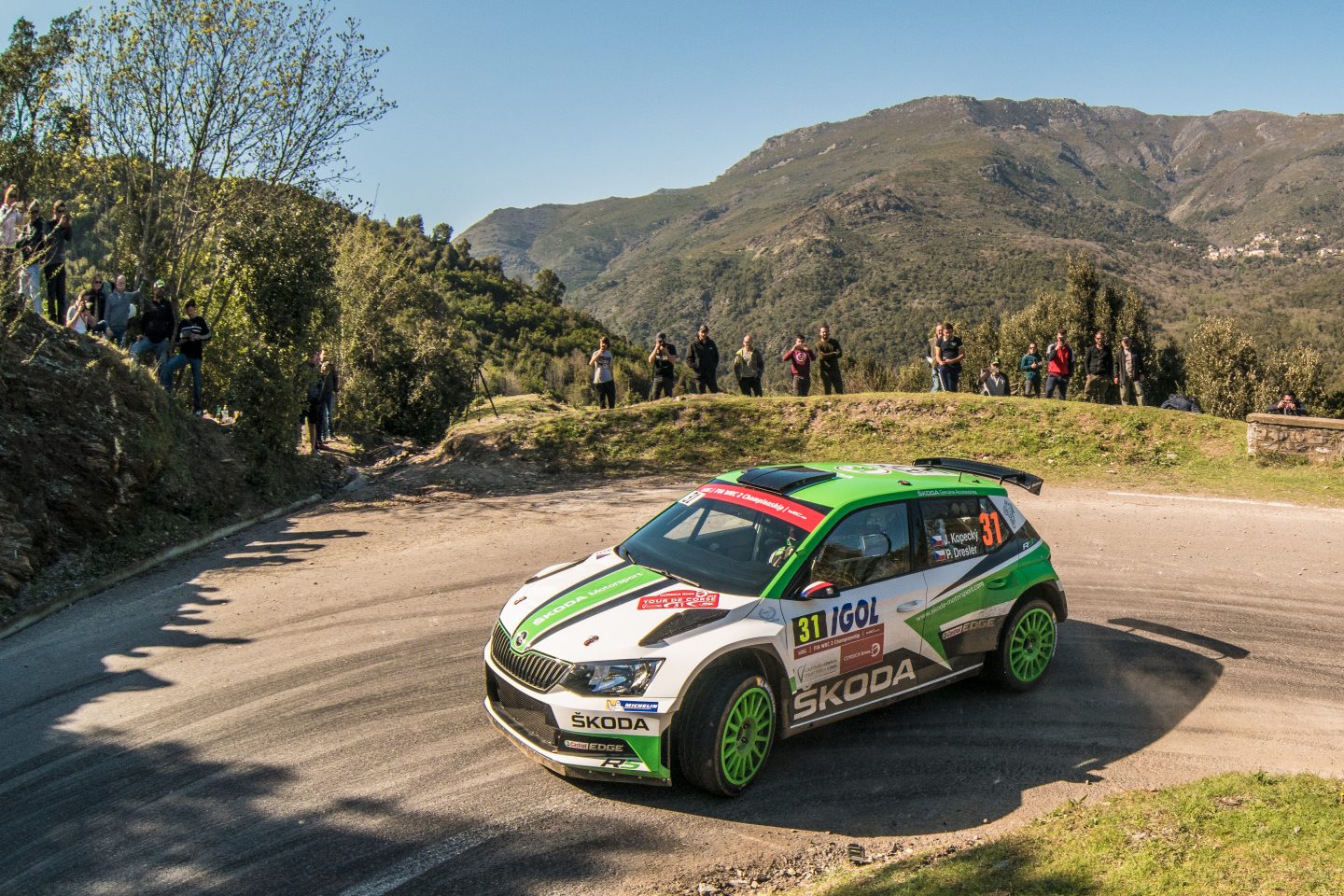 › After day one Jan Kopecký and co-driver Pavel Dresler top the WRC 2 standings with their ŠKODA FABIA R5 at the fourth round of the FIA World Rally Championship in Corsica
› ŠKODA teammates Ole Christian Veiby/Stig Rune Skjaermœn finish leg one in third position in WRC 2 category
› ŠKODA Motorsport boss Michal Hrabánek: “I am happy, our updated ŠKODA FABIA R5 was reliable and fast like our drivers. Jan and O.C. performed well on this tough event.”

Bastia, 6 April 2018 – ŠKODA factory team Jan Kopecký and co-driver Pavel Dresler (CZE/CZE) took the lead in the WRC 2 category at Rally France/Tour de Corse after the first special stage and defended it up to the finish of leg one in Bastia. At the fourth round of the FIA World Rally Championship, their young Norwegian teammates Ole Christian Veiby/Stig Rune Skjaermœn (NOR/NOR) lost some time with two spins, but nevertheless defended third position. 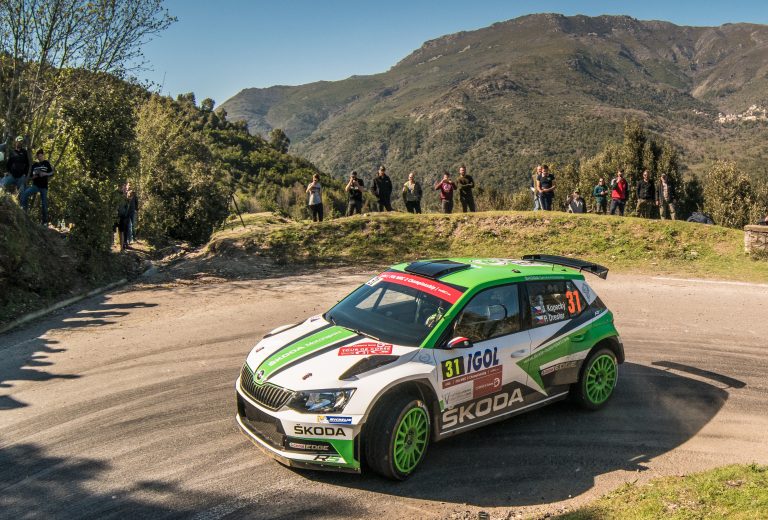 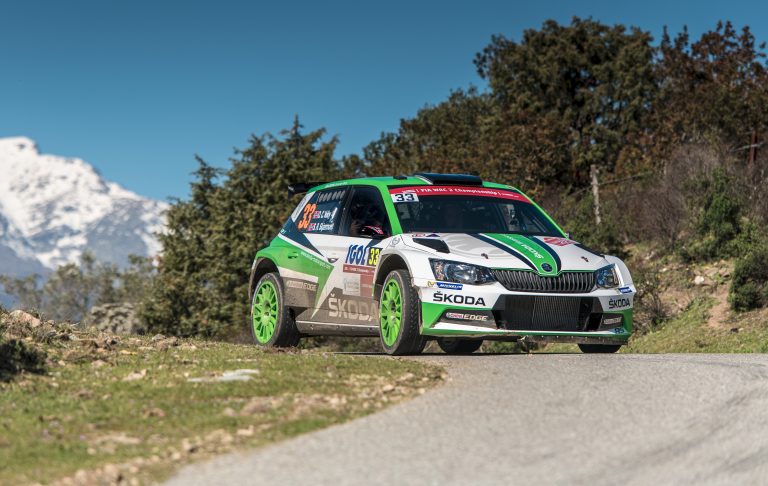 On the opening stage of the Rally France on Friday, the crews had to face nearly 50 kilometres with endless corners and virtually no straights between La Porta and Valle de Rostino in the northeast of Corsica. Heavy rainfall on Wednesday before the rally had put all kinds of dirt on the tarmac roads and in some corners water puddles made the road conditions unpredictable. “The first stage was very good for us, but it was very tricky as well. There was some running water on the road, which has not been there when we made our pace notes. As we are not allowed to have gravel crews, who check the roads before we are driving, the roads are a bit unpredictable in some corners. So I took a cautious approach,” confessed Jan Kopecký. The ŠKODA factory driver was nevertheless fastest on the opening special stage, which put him into the lead after the morning loop.

While their competitors had technical issues or went off the road, both ŠKODA works teams where happy with their ŠKODA FABIA R5, which were reliable as always. “I had a spin in a hairpin in the first stage. On some places there is a lot of mud and water, the grip changes all the time. So I decided to be careful,” said young Ole Christian Veiby, who was in third position of the WRC 2 category.

After the service at midday, the afternoon saw the repetition of the two morning stages. Jan Kopecký set another fastest time with his ŠKODA FABIA R5, increased his lead and after the four Friday stages was quite happy with his performance: “It was much better this afternoon, the roads were drier and I could push a lot more.” Teammate O.C. Veiby had another spin, but could nevertheless defend his third position after the first leg on Friday.

ŠKODA Motorsport boss Michal Hrabánek was satisfied with the first day of Rally France: “This is really a tough test for men and machine on winding asphalt roads. I am happy, that our updated ŠKODA FABIA R5 was reliable and fast like our drivers. Jan proved again his pure speed on tarmac, and O.C. is learning with every kilometre here in Corsica,” said Hrabánek.

Saturday will feature the longest leg of the rally. The crews have to face six special stages covering more than 136 kilometres.

Number of the day: 49
The very first stage of Rally France on Friday morning was the more than 49 long kilometres test between La Porta and Valle de Rostino. ŠKODA works driver Jan Kopecký set the fastest time in WRC 2 category.