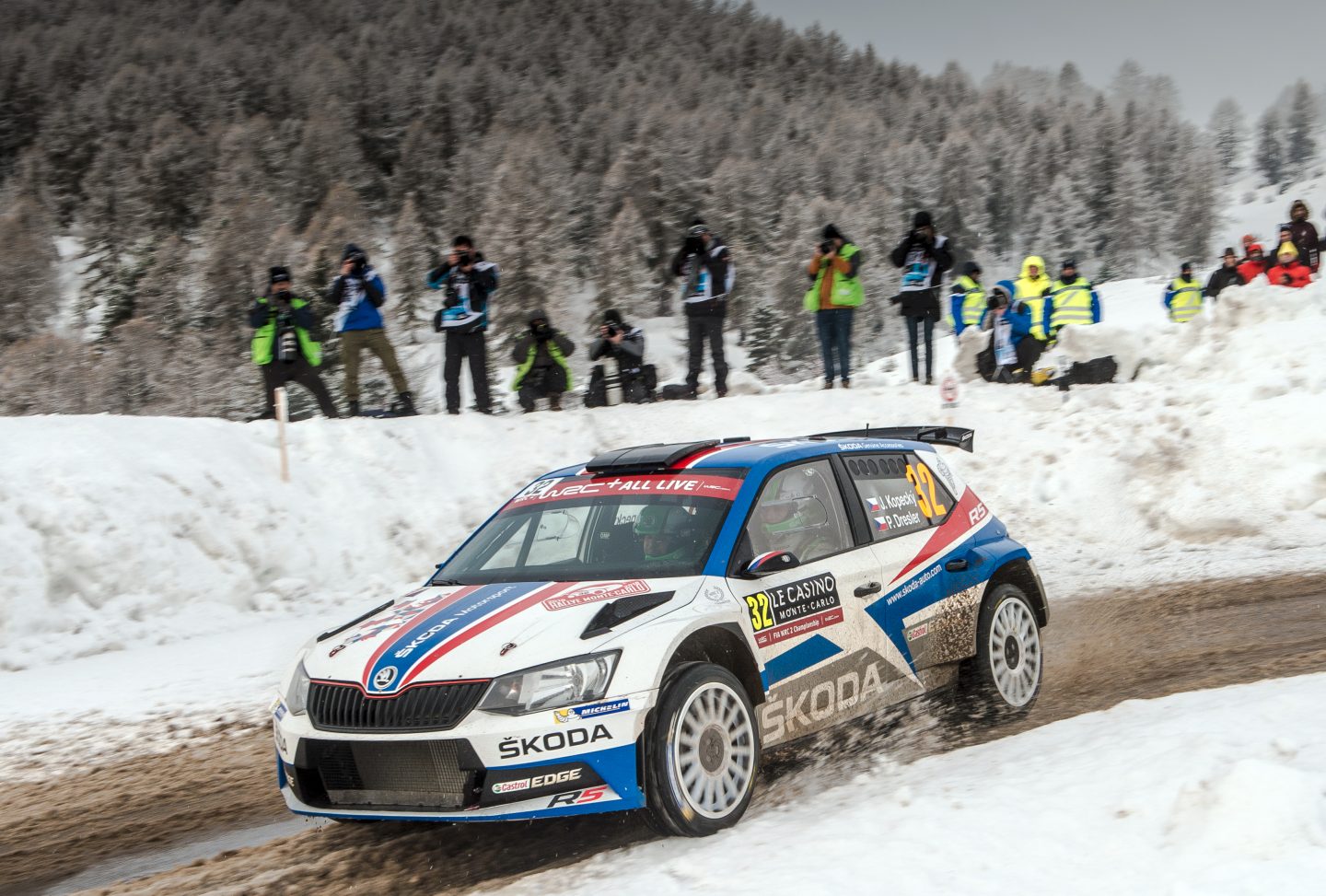 › ŠKODA factory team Jan Kopecký/Pavel Dresler continue to increase their lead in WRC 2 category at the opening round of the 2018 FIA World Rally Championship (WRC)
› While ŠKODA junior Ole Christian Veiby hit a barrier and had to retire, Kalle Rovanperä holds the second position in RC 2 class after a faultless drive with his ŠKODA FABIA R5
› ŠKODA Motorsport boss Michal Hrabánek: “I feel sorry for O.C., who had to stop. Jan was in a class of his own. Kalle was fast and smart under really difficult conditions.”

Monte-Carlo/Gap, 27 January 2018 – Jan Kopecký and co-driver Pavel Dresler continued to build up their impressive lead in WRC 2 category and RC 2 class at Rally Monte-Carlo. During the third day of the season opener of the 2018 FIA World Rally Championship (WRC) the Czech duo powered their ŠKODA FABIA R5 to a twelve minutes lead. While ŠKODA junior Ole Christian Veiby hit a steel barrier and had to retire, teammate Kalle Rovanperä is trailing Kopecký, holding second position in RC 2 class after a faultless drive with his ŠKODA FABIA R5. Both ŠKODA works drivers aim to bring this fantastic result to the finish on Sunday next to the harbour of Monte-Carlo. 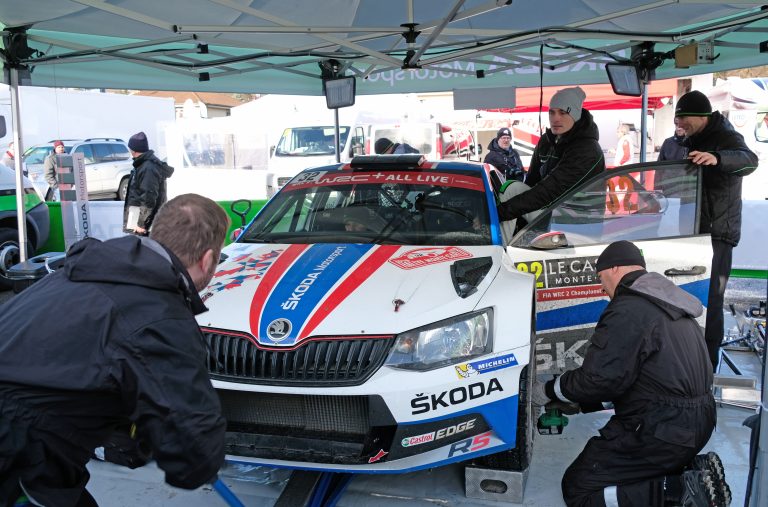 After the mixed conditions on Friday with dry roads in the morning and rain in the afternoon, the Rally Monte-Carlo on Saturday changed its face again. On the mountain roads in the north of Gap the rain turned into snow. All crews opted for studded winter tyres. Five stages had to be driven before the rally returned to Monte-Carlo.

ŠKODA factory team Jan Kopecký and Pavel Dresler started the third day of Rally Monte-Carlo leading the WRC 2 category by eight and a half minutes, being first in RC 2 class as well. Their challenge from then on was to stay focused and to avoid any mistakes. In the opening, snow packed section of the ninth stage, the Czech Champion had a so called big moment. Shaken, but not stirred, he continued conservatively to the stage finish. “On the slushy snow, sometimes you feel like a passenger in your own car. The car was just sliding, this was really a scary moment. After that, I drove really, really cautious,” admitted the Czech Champion.

His young ŠKODA teammates Ole Christian Veiby/Stig Rune Skjaermœn (NOR/NOR) had two spins and suffered a puncture, but for the time being kept second place in RC 2 class. “I think I slightly bent the rear suspension, because after that, the handling of my car was a bit strange,” commented Veiby. The youngest driver of the event, 17 years old ŠKODA youngster Kalle Rovanperä, and co-driver Jonne Halttunen (FIN/FIN) enjoyed driving on the snow and set a remarkable third fastest time in the class. “Without a spin, which cost me around ten seconds, I could have set the fastest time,” said Rovanperä, who closed the gap to Veiby to 38 seconds.

In Saturday afternoon, the sun came out. But due to the snow on the longest stage of the day, the crews opted for studded winter tyres again. On stage 11, O.C. Veiby ran out of luck. After hitting the scenery with the rear and the front end of his ŠKODA FABIA R5, he was out of the rally.

Meanwhile Rovanperä set another second fastest time ahead of Jan Kopecký, who was totally focused to avoid any risks. At the end of the third day of the rally, Kopecký is leading the WRC 2 category by more than twelve minutes and is in front of the RC 2 class by nearly four minutes ahead of Kalle Rovanperä, who for Rally Monte-Carlo is nominated to score championship points thus not competing in WRC 2 category.

ŠKODA Motorsport boss Michal Hrabánek had mixed emotions at the finish of the third day of Rally Monte Carlo: “I feel sorry for O.C., that after his accident he could not continue to build up more experience at this difficult rally. Jan was in a class of his own, tomorrow he has to stay on the road and bring this fantastic result home. Kalle showed his speed and cleverness under these very difficult conditions,” he said. On Sunday (28 January) four more stages are on the menu, among them two runs over the famous Col de Turini.

Number of the day: 12:12
At Rally Monte-Carlo, Jan Kopecký is leading in the WRC 2 category by an impressive 12:12 minutes!