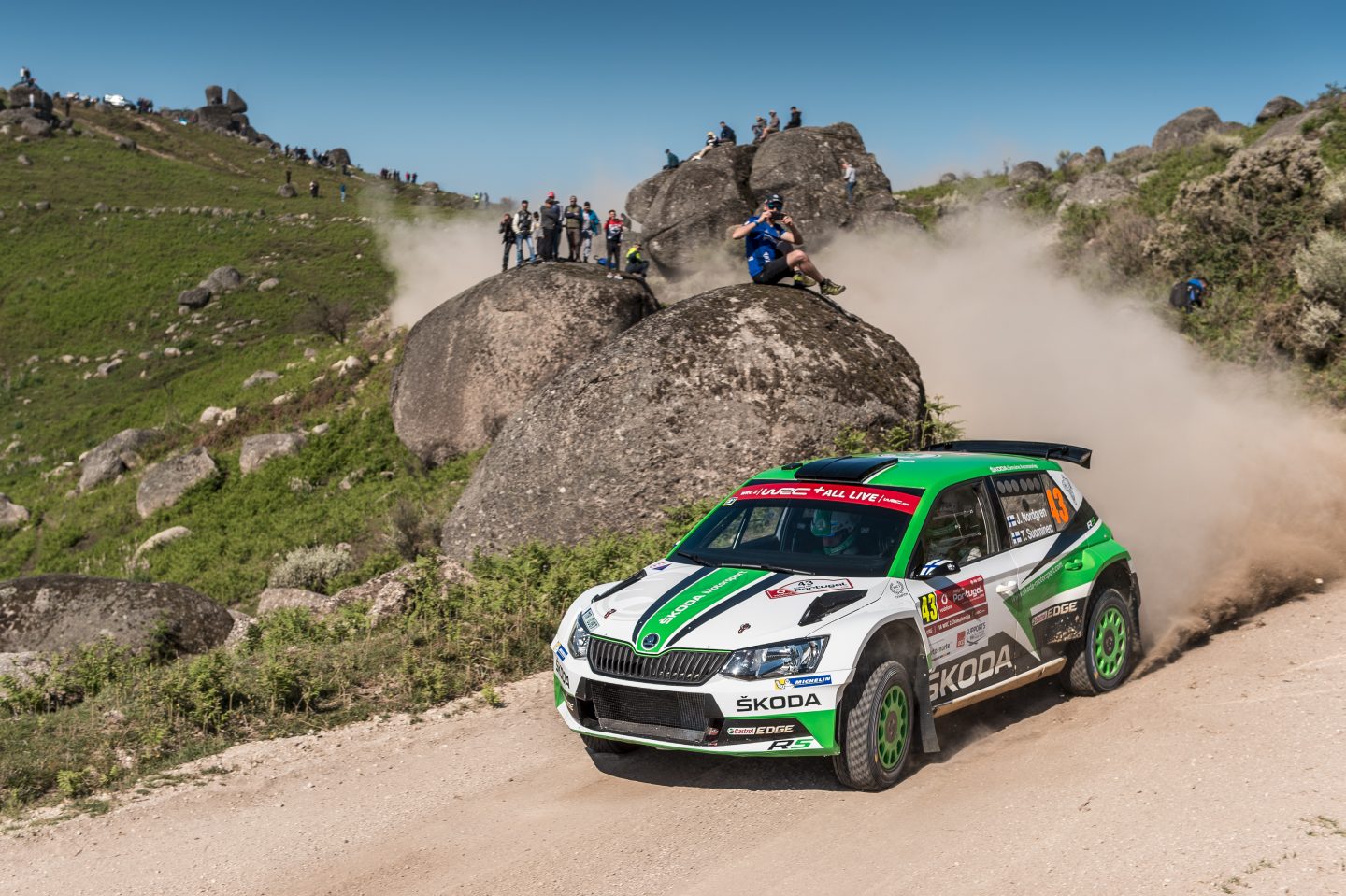 › After a set back with two punctures during the Friday leg, WRC 2 Champions Pontus Tidemand /Jonas Andersson powered their ŠKODA FABIA R5 back into the WRC 2 lead
› Despite another two punctures, ŠKODA Junior Team Juuso Nordgren/Tapio Suominen climbed to sixth on the WRC 2 leader board at the end of Saturday
› ŠKODA Motorsport boss Michal Hrabánek: “Pontus impressed me with his strong performance on the longest day of the rally.”

Matosinhos, 19 Mai 2018 – During the Saturday leg of Rally Portugal, sixth round of the FIA World Rally Championship, reigning WRC 2 Champions Pontus Tidemand/Jonas Andersson (SWE/SWE) stormed through the WRC 2 field and moved into the category lead. After two punctures on Friday, the ŠKODA FABIA R5 crew had to fight back from fifth. Their Finnish teammates Juuso Nordgren/Tapio Suominen, after having encountered the same bad luck the day before, initially progressed a lot throughout the day. But another two punctures on the last two stages of the day put them back to sixth in the WRC 2 standings. 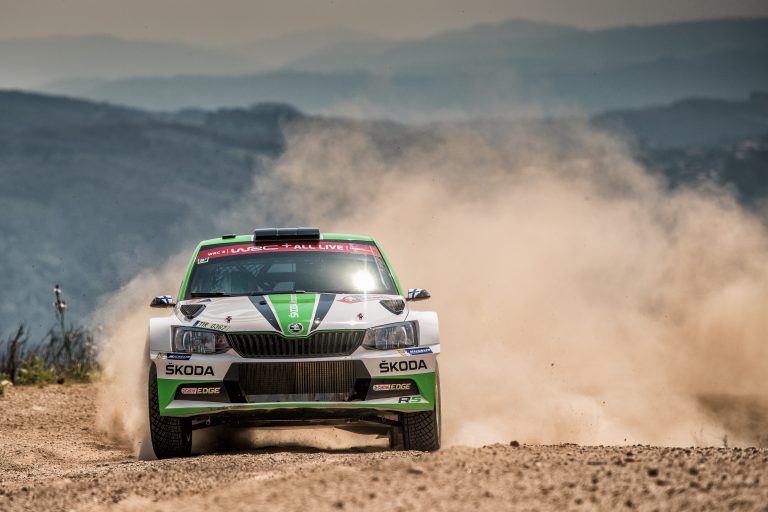 The opening leg on Friday was one of the toughest in modern history of the FIA World Rally Championship. A record number of punctures and the fact, that even in the main WRC class only eight competitors made it to the day’s finish in Matosinhos near Porto, were a clear proof of the tough challenge all the teams had to face. ŠKODA factory crews Pontus Tidemand/Jonas Andersson and Juuso Nordgren/Tapio Suominen were as well affected by mishaps, both crews suffering two punctures each. But apart from that, their ŠKODA FABIA R5 proved again to be rock solid. Pontus Tidemand and Jonas Andersson started Saturday in fifth position, Juuso Nordgren on ninth place in the WRC 2 category. The longest day of Rally Portugal on Saturday, comprising of six special stages totalling nearly 155 kilometres with a mixture of sandy roads, rocks and deep ruts during the second pass of the stages, was waiting for the crews.

And the ŠKODA drivers started well into the day. Tidemand was fastest in the opening stage and moved up to fourth position, while his young teammate Nordgren was second quickest. Once in a good rhythm, Swedish WRC 2 Champion Tidemand started to storm through the WRC 2 field, setting two more fastest times and moving up to second until the midday service break at Matosinhos. Nordgren was third fastest on the longest stage of the rally, the 37 kilometres of Amarante, and found himself in seventh place in the interim WRC 2 standings. After the service, Pontus Tidemand set a string of fastest times, conquering the WRC 2 lead after the repetition of the more than 37 kilometres long Amarante stage. Lukas Pieniazek delivered a great performance as well, moving up to second of the day’s classification in his private ŠKODA FABIA R5. After suffering two more punctures during the last two stages of the day, ŠKODA junior Juuso Nordgren nevertheless reached Saturday’s finish sixth in the WRC 2 category standings.

“Pontus impressed me with his strong performance on the longest day of the rally. Now he is in a good position for a hat-trick win in Portugal. I feel sorry for Juuso, but mishaps like these are part of the learning process of a young driver,” commented ŠKODA Motorsport boss Michal Hrabánek.

On Sunday (20 May), the spectacular Fafe loop with five stages on fast and smooth gravel roads, including the famous jump, is set to be the spectator highlight of the event. The rally winner will reach the podium on Sunday at 15h45 local time in Matosinhos close to Porto.