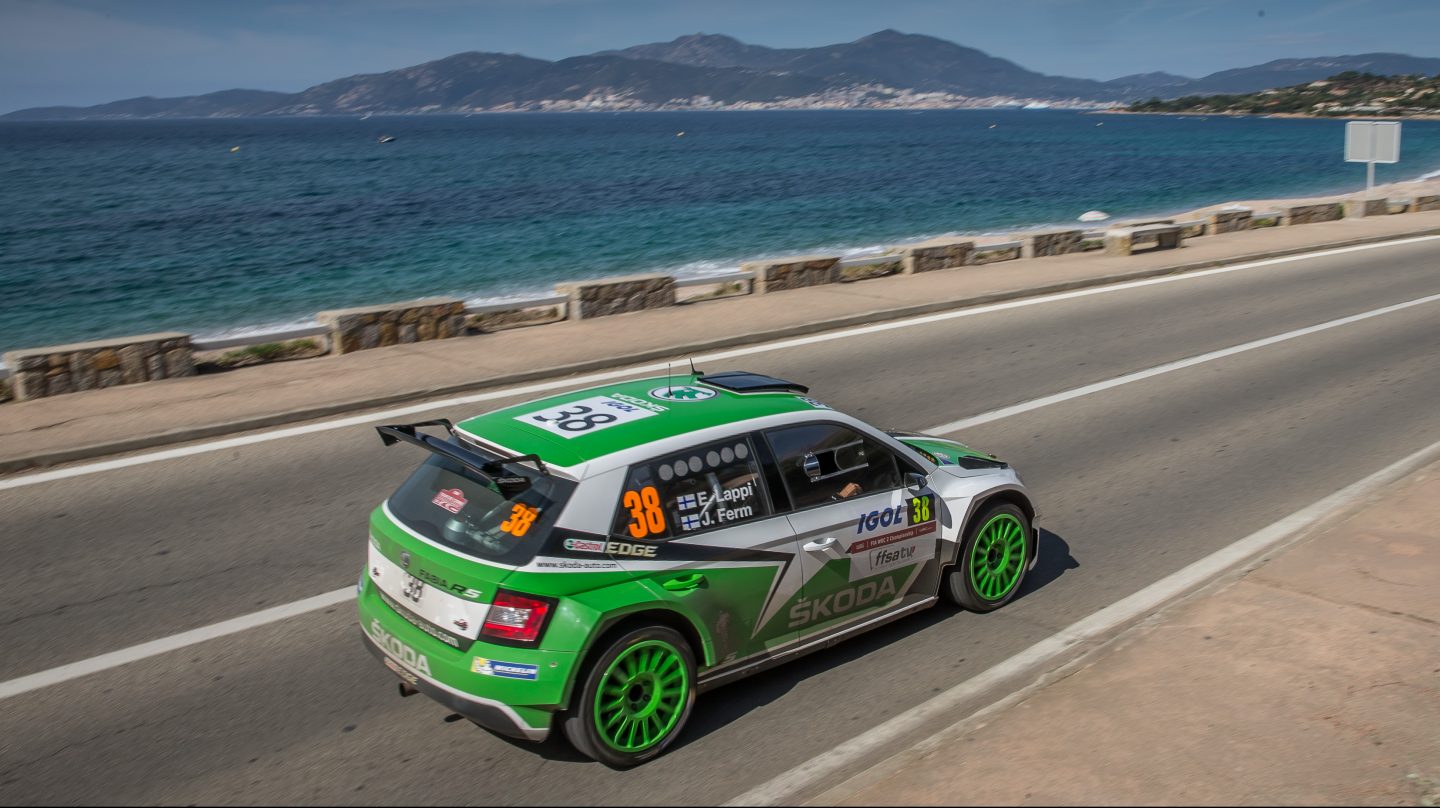 › For the first time in WRC 2, three ŠKODA Fabia R5 works cars will start a rally: Lappi/Ferm, Tidemand/Axelsson and Kopecký/Dresler
› ŠKODA leads WRC 2 team standings, Lappi second in the drivers’ standings
› ŠKODA Motorsport Director Michal Hrabánek: “We want to be up there at the front again at this rally”

Mladá Boleslav, 20 October 2015 – A first for ŠKODA Motorsport: The Rally Spain (22 to 25 October) will be the first WRC 2 rally to be contested by three ŠKODA works duos in the Fabia R5. A Finnish/Swedish/Czech driving crew will line up for ŠKODA at the penultimate WRC 2 event of the season: Alongside Esapekka Lappi/Janne Ferm (FIN/FIN), who are currently second in the standings, Asia-Pacific champions Pontus Tidemand/Emil Axelsson(S/S) and Czech rally champions Jan Kopecký/Pavel Dresler (CZ/CZ) will be in action in Spain. ŠKODA Motorsport has a commanding lead in the current WRC 2 team standings. The new Fabia R5 has finished on the podium at all six of its appearances in the WRC 2 this season.

“As a mixed rally held on asphalt and gravel, the Rally Spain is extremely challenging for drivers and cars alike. We want to be driving for the win,” said ŠKODA Motorsport Director Michal Hrabánek. Lappi/Ferm and Tidemand/Axelsson will be chasing points for ŠKODA Motorsport in the WRC 2 team standings. Kopecký/Dresler will line up in Spain as ŠKODA Motorsport II.

A lively battle awaits the three ŠKODA duos at the 51st edition of the Rally Spain. All eight winners of rallies in this WRC 2 season are fighting for the win. Victory will go to the best all-rounder: The 23 special stages and 331.25 timed kilometres will be driven on asphalt roads and gravel tracks.

Esapekka Lappi, currently second in the overall standings with two WRC 2 wins in Poland and Finland, is excited for the Rally Spain: “After finishing second on Corsica, we want to be back fighting for the win and hold on to our chance of getting the overall win in the drivers’ standings. The rally will be very demanding. We will have to completely change the way we drive between Friday and Saturday. Fortunately we have the perfect tool in the ŠKODA Fabia R5,” said Lappi. Going into the final two rallies of the season, the “Flying Finn” trails front-runner Nasser Al-Attiyah (Q) by nine points. Al-Attiyah competes in a Fabia R5 from ŠKODA’s customer racing programme.

Pontus Tidemand is also ready to pounce. After his early exit at the Rally Corsica, the 2013 Junior World Rally Champion is looking to make amends. “Our aim is to finish on the podium. The competition is extremely strong so we can’t afford to make any mistakes this time around,” said Tidemand. In September the Swede laid early claim to the title in this year’s Asia-Pacific Rally Championship (APRC).

The third ŠKODA works driver Jan Kopecký will contest his third WRC event this year when he lines up in Spain. On his most recent WRC start in the ŠKODA Fabia R5, the experienced Czech won the Rally Germany in August of this year. “It’s great that I can participate again and be among this top starting field. I have very fond memories of Spain,”” said Kopecký.

The new ŠKODA Fabia R5 has been a sure-fire success in its inaugural season. In all six WRC 2 races, at least one Fabia R5 has made it onto the podium; there have been a total of nine top-three finishes, including three wins. The new rally car also has four national championships to its name. In the Czech championship, Jan Kopecký’s five wins in a row saw him clinch the title before the end of the season. In Austria, seasoned rally driver Raimund Baumschlager (A) won the national championship in the Fabia R5. In Hungary, Norbert Herczig (H) was crowned rally champion in the Fabia R5. “Fast” Freddy Loix (B) was also victorious in the championship in his home country of Belgium.

… ŠKODA Motorsport has finished on the podium with the new Fabia R5 in all six of the events of this year’s WRC 2 season so far, and has won a total of nine podium places? There were top-three finishes in Portugal (2nd Esapekka Lappi, 3rd Pontus Tidemand), on Sardinia (3rd Jan Kopecký), in Poland (1st Lappi, 2nd Tidemand), in Finland (1st Lappi, 2nd Tidemand), in Germany (1st Kopecký), and most recently on Corsica (2nd Lappi).

… ŠKODA works driver Esapekka Lappi is in second place in the WRC 2 drivers’ standings with 88 points to his name? This sees the Finn trail front-runner Nasser Al-Attiyah (Q) by just nine points. To overtake the reigning champion and Dakar winner, for example, Lappi would have to win in Spain and Al-Attiyah would have to finish in third place or below. Pontus Tidemand (61 points) in sixth place is also still in with a theoretical chance of winning the title. The third ŠKODA works driver Jan Kopecký is in ninth place with 40 points, even though he has only competed in two of this season’s events.

… ŠKODA Motorsport has a commanding lead in the WRC 2 team standings and is on the verge of winning the title? The team has picked up the maximum number of 150 points in six starts, which sees it 49 points clear of the Youth and Sports Qatar Rally Team.

… the first ever Rally Spain was held in 1957? It has been part of the FIA World Rally Championship since 1991. It was initially held on the Costa Brava, before it was moved to Salou on the Costa Daurada in 2005.

… the Rally Spain is the only WRC event to be held on a mixture of asphalt and gravel? The first leg on Friday will be on gravel, with a short asphalt section. Then the cars will be switched from a gravel to asphalt set-up on Friday evening. The following two days of rallying will be on asphalt.

… the Rally will get underway with a street stage in Barcelona? This will include streets on which Formula 1’s Spanish Grand Prix was held four times.

… a total of 23 special stages are scheduled for the Rally Spain? In comparison: There were only nine at the Rally Corsica, two of which were cancelled due to bad weather.

… the service park at the Rally Spain is in the theme park PortAventura? You have the opportunity to take a ride on the tallest and fastest roller-coaster in Europe if you dare.