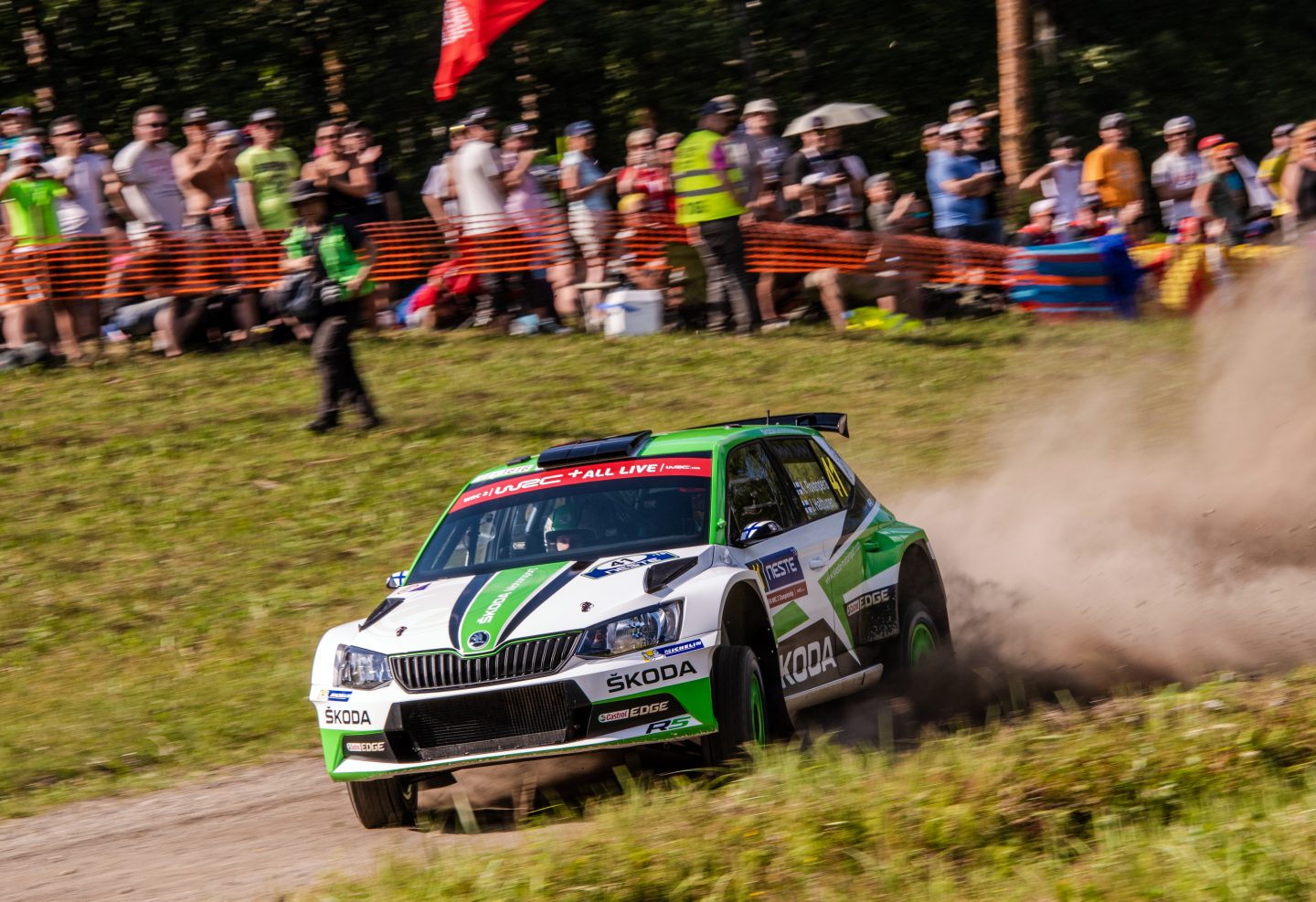 Jyväskylä, 29 July 2018 – For the best part of three days of NESTE Rally Finland ŠKODA’s 17 years old Kalle Rovanperä (FIN) and co-driver Jonne Halttunen (FIN) looked like the dominant winners of the WRC 2 category. But during Saturday’s penultimate stage the left front suspension broke when the car hit a rock under braking. After roadside emergency repairs, the two Finns managed to finish the day in fourth position. With a stunning race to catch up, they set all fastest times in WRC 2 during the last leg and finally missed the podium by just 1.9 seconds. While Rovanperä’s factory teammates Ole Christian Veiby/Stig Rune Skjaermœn (NOR/NOR) had to retire after an accident on Saturday, local ŠKODA privateers Eerik Pietarinen/Juhana Raitanen (FIN/FIN) won the WRC 2 category with an impressive performance. 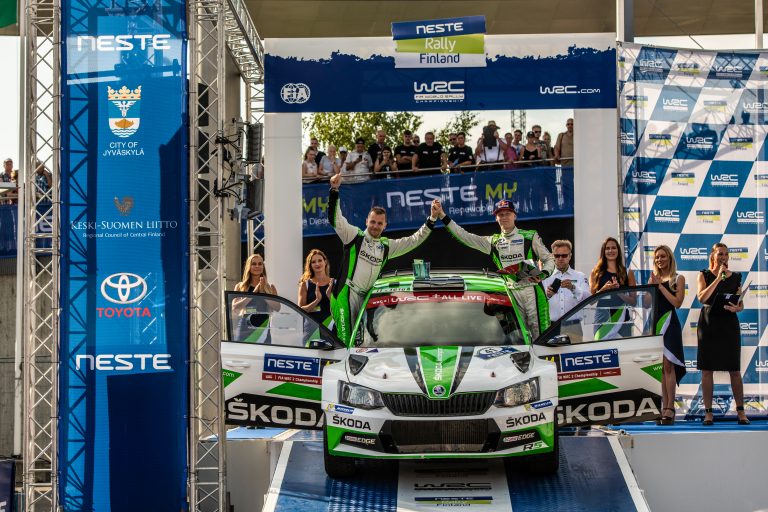 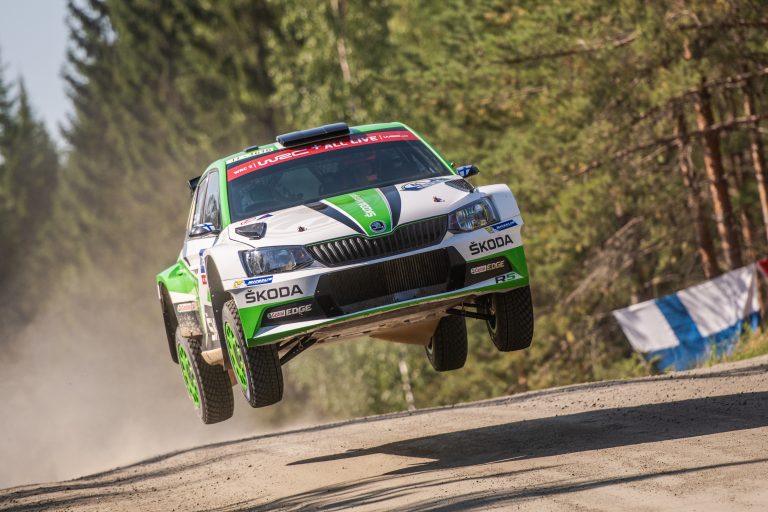 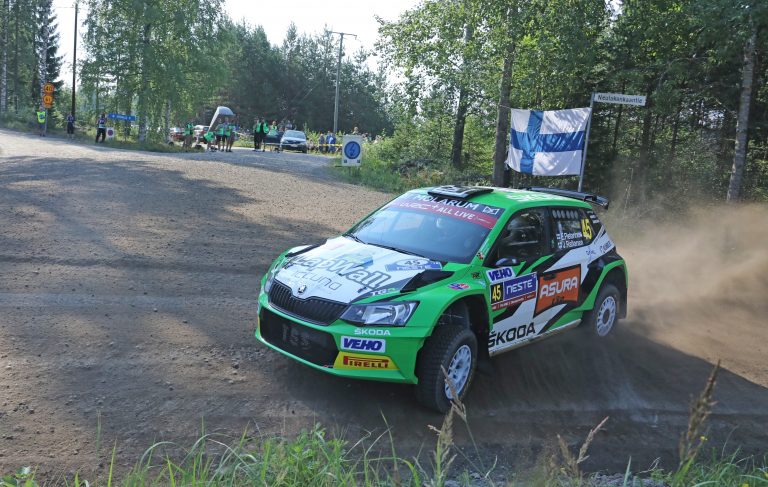 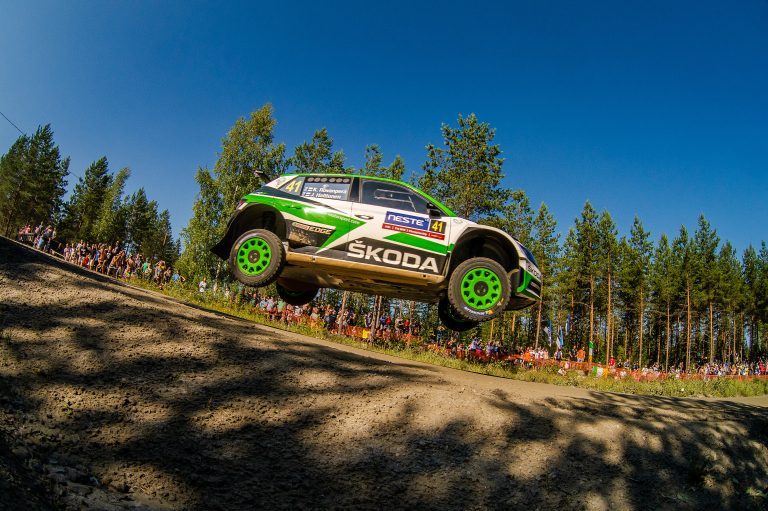 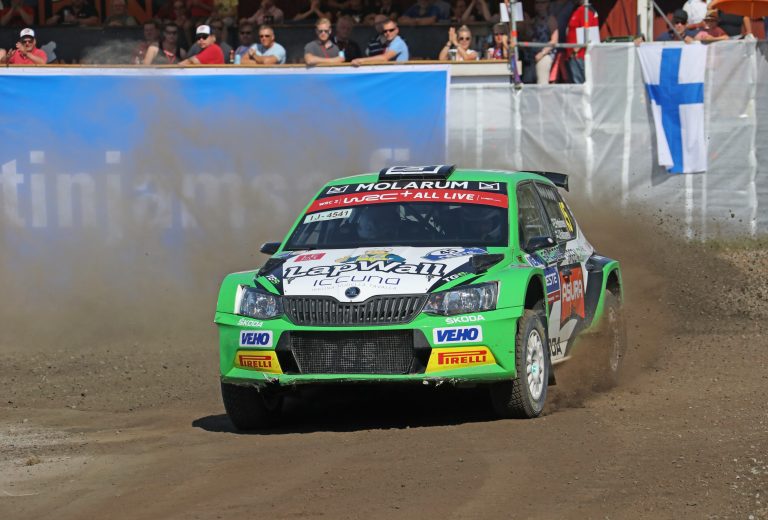 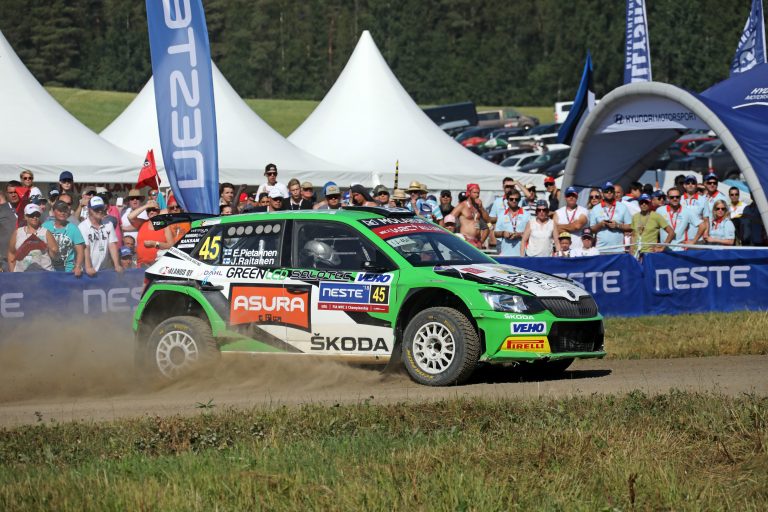 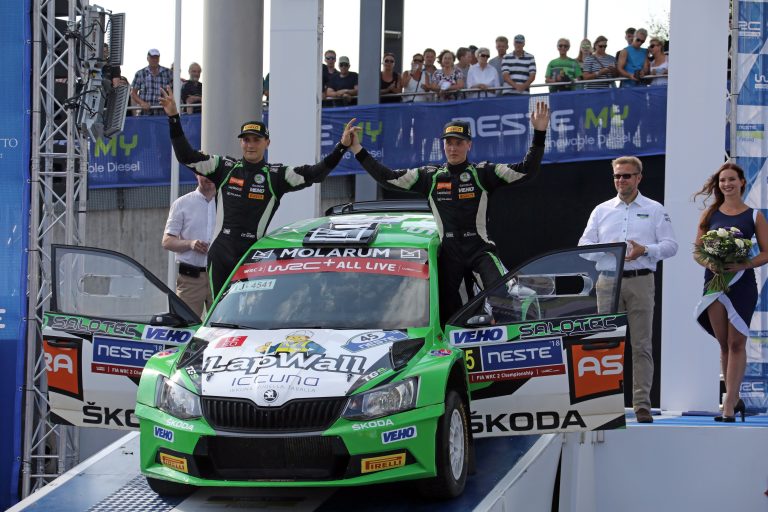 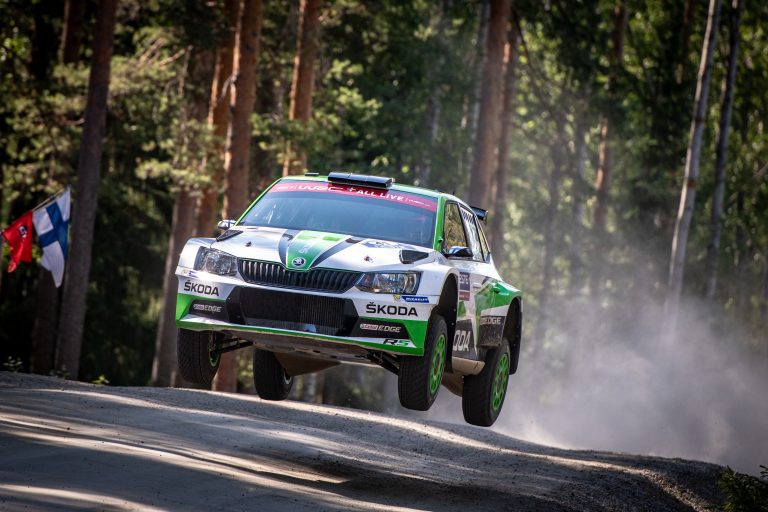 During the Sunday leg of NESTE Rally Finland, ŠKODA customer crew Eerik Pietarinen/Juhana Raitanen controlled their lead in the WRC 2 category up to the finish line in Jyväskylä. After the final four stages, totalling around 46 kilometres, the locals celebrated the most important victory of their career so far. Meanwhile ŠKODA junior Kalle Rovanperä and co-driver Jonne Halttunen not only proved, that they were by far the fastest WRC 2 pairing at NESTE Rally Finland. They also demonstrated advanced skills as car mechanics following an incident during Saturday’s penultimate stage. After hitting a rock, hidden in the deep ruts on the racing line, the front left suspension of their ŠKODA FABIA R5 broke. Giving up was never an option for the 17 years old Finn and his co-driver. They successfully performed emergency repairs at the roadside, cautiously drove the leg’s last stage and managed to bring the car back to service – still holding fourth position in WRC 2!

During the same Special Stage 18 teammates Ole Christian Veiby/Stig Rune Skjaermœn went off at high speed. Thanks to the complete safety package of their ŠKODA FABIA R5 the two Norwegians escaped the multiple roll without injuries.

After his ŠKODA FABIA R5 had been successfully repaired at the evening service on Saturday, Kalle Rovanperä started his attack for a podium position on Sunday morning. On the first special stage of the day alone, he gained 15.2 seconds in 11 kilometres and reduced the gap to the third placed Ford driver Gus Greensmith to 30.8 seconds. On the next stage, Rovanperä was quickest again, closing the gap to 24.5 seconds, but afterwards confessed: “I think the gap is a little bit too big. But still a lot can happen.” Another fastest time brought him another 13.1 seconds closer to the podium. But even the fourth best time of the day during the last stage was not enough – in the end only 1.9 seconds separated Rovanperä from third place in the WRC 2 category!

ŠKODA Motorsport boss Michal Hrabánek commented: “Congratulations to our local ŠKODA customer team Eerik Pietarinen/Juhana Raitanen for winning the WRC 2 category at NESTE Rally Finland. Kalle and Jonne delivered a fantastic performance and showed a great moral, fighting back after their mishap on Saturday and setting all fastest time during the final leg!”

Championship standings WRC 2 (after 8 of 13 rounds)

Number of the day: 7
ŠKODA crews so far won the WRC 2 category at seven out of eight rounds of the 2018 FIA World Rally Championship. 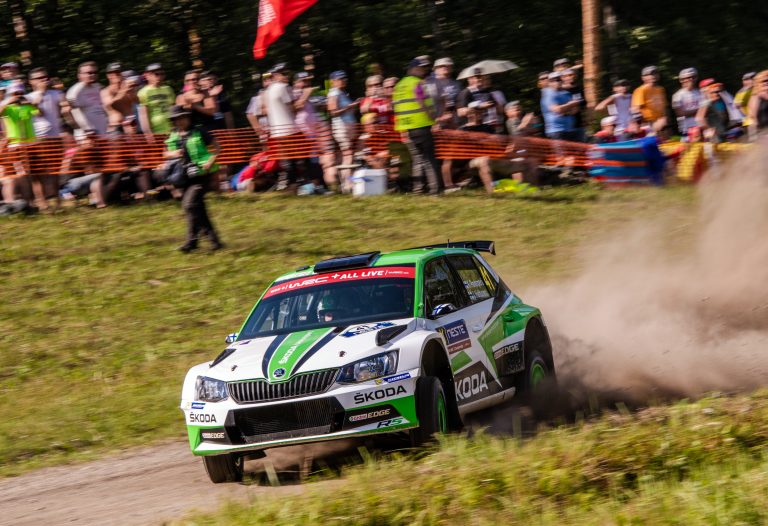