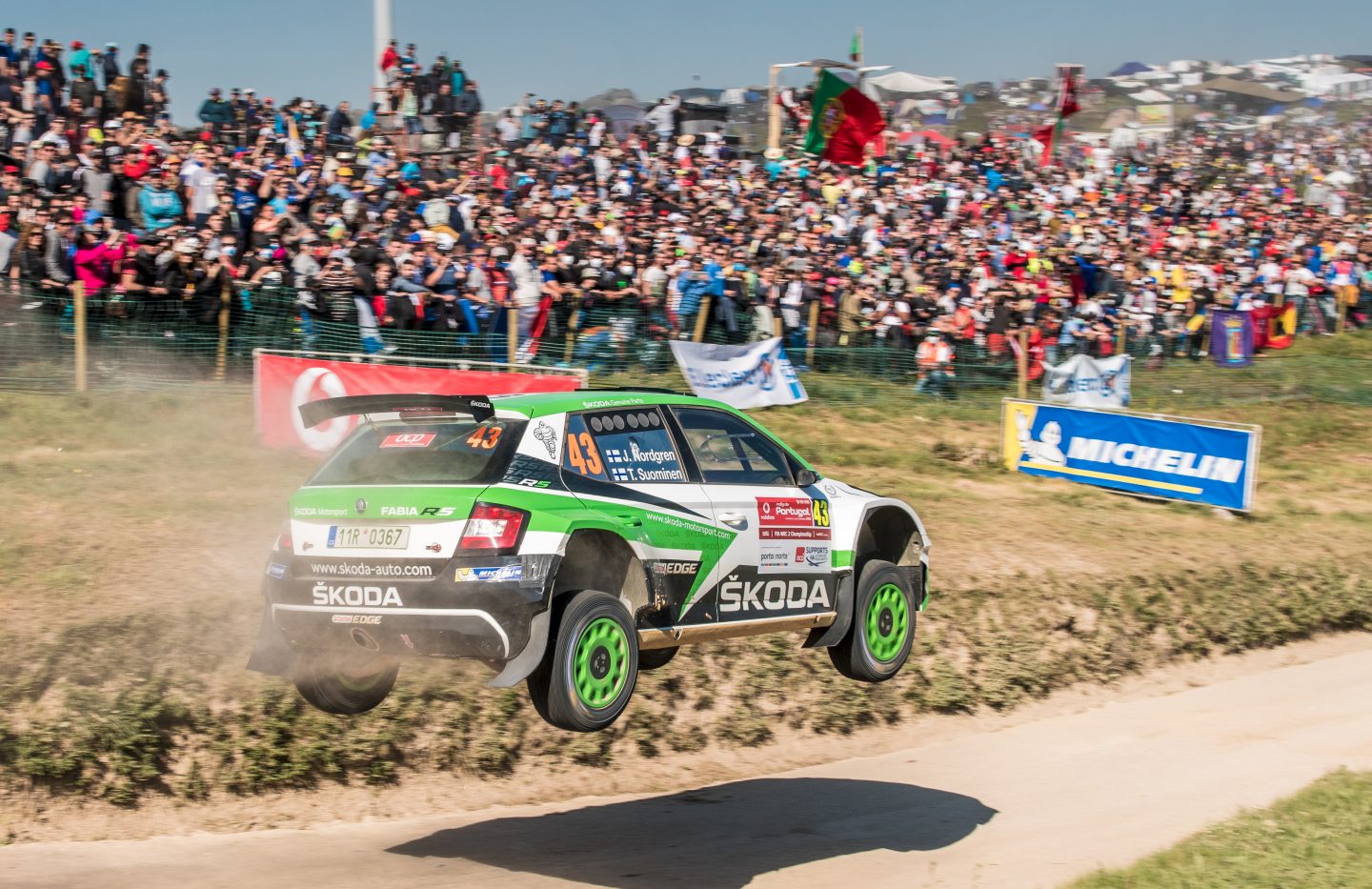 › After 2016 and 2017 WRC 2 Champions Pontus Tidemand/Jonas Andersson drove their ŠKODA FABIA R5 to the third WRC 2 win in a row at Rally Portugal
› On his Rally Portugal premiere ŠKODA Junior Team Juuso Nordgren/Tapio Suominen showed a steady learning curve, finishing sixth in WRC 2 category despite of punctures
› ŠKODA Motorsport boss Michal Hrabánek: “With his third WRC 2 win of the 2018 season, Pontus is now in a very good position to defend his title.”

Matosinhos, 20 May 2018 – ŠKODA FABIA R5 crew Pontus Tidemand and Jonas Andersson (SWE/SWE) for the third time in a row won the WRC 2 category at the Rally Portugal. At the sixth round of the FIA World Rally Championship 2018, the reigning WRC 2 Champions also achieved their third season win, increasing their lead in the championship standings. Their main pursuers are actually teammates Jan Kopecký and co-driver Pavel Dresler. They didn’t compete in Portugal, but on the same weekend won Rally Český Krumlov, the third round of the Czech Rally Championship. Back in Portugal Finnish youngsters Juuso Nordgren/Tapio Suominen (FIN/FIN), despite of suffering from a “record” five punctures, showed a steady learning curve fishing sixth in the WRC 2 category. 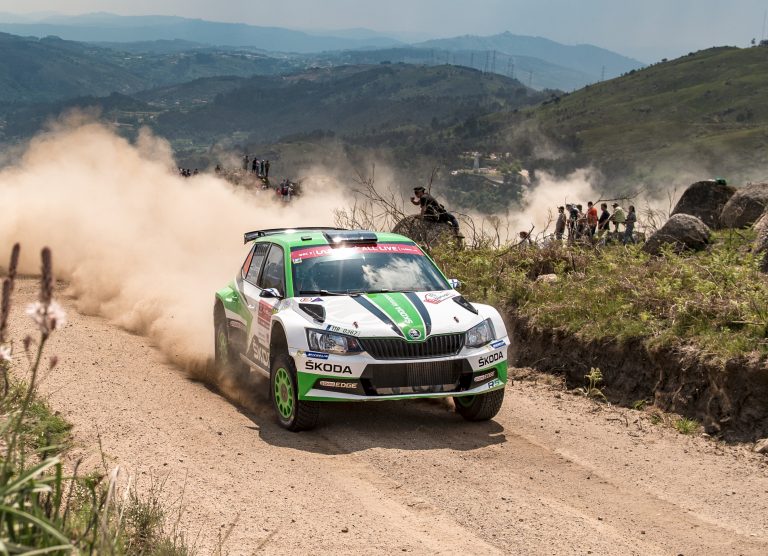 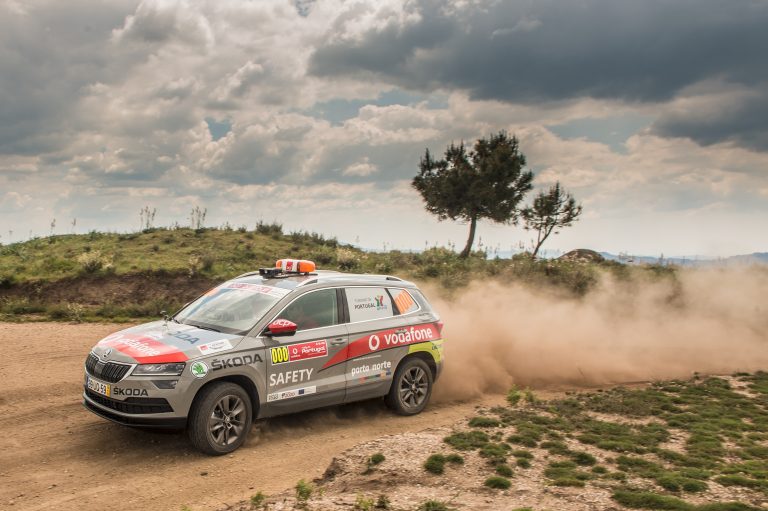 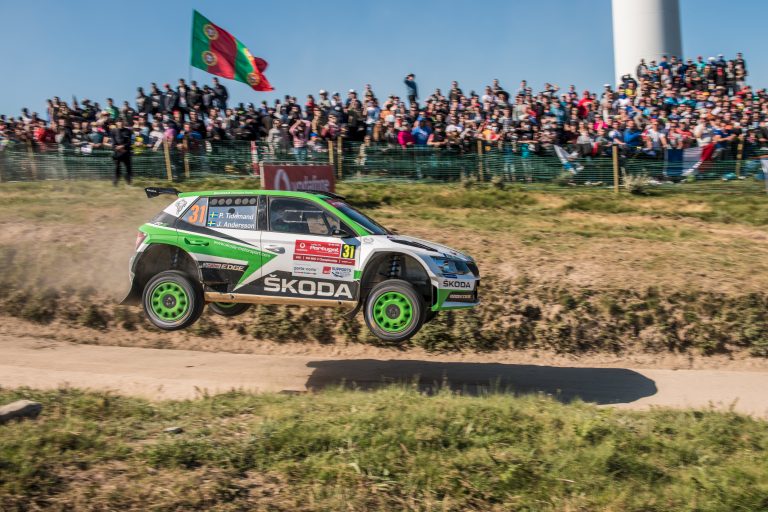 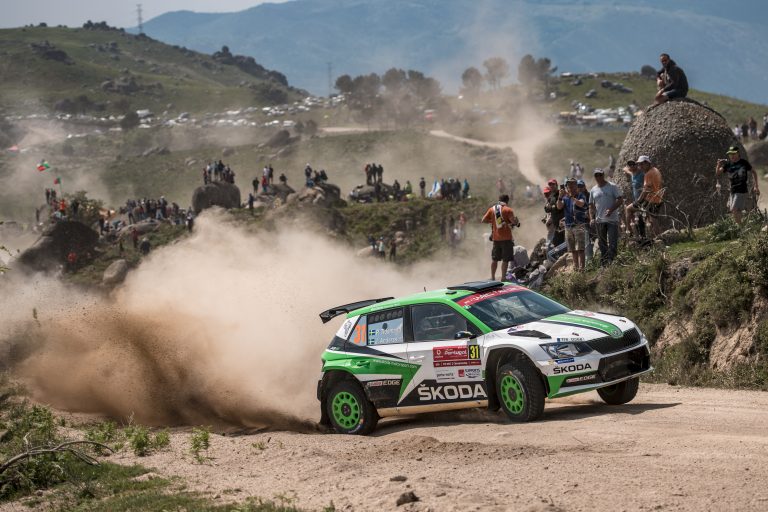 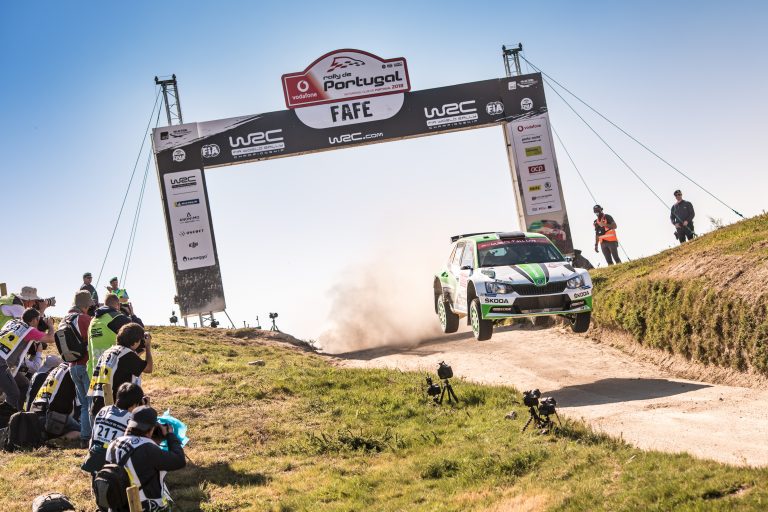 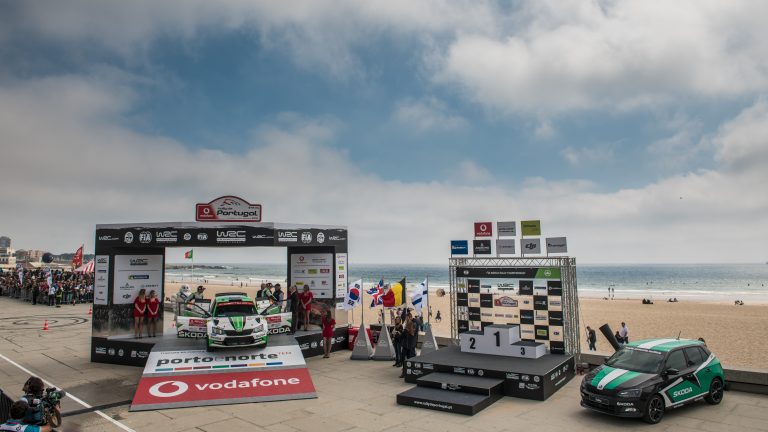 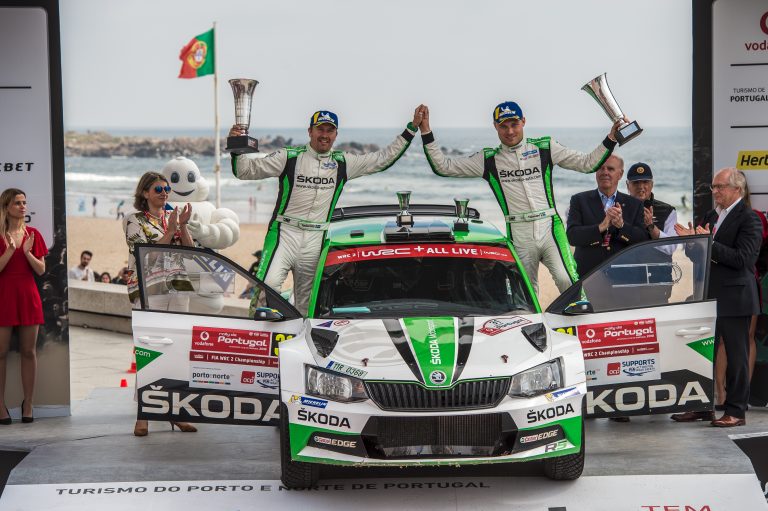 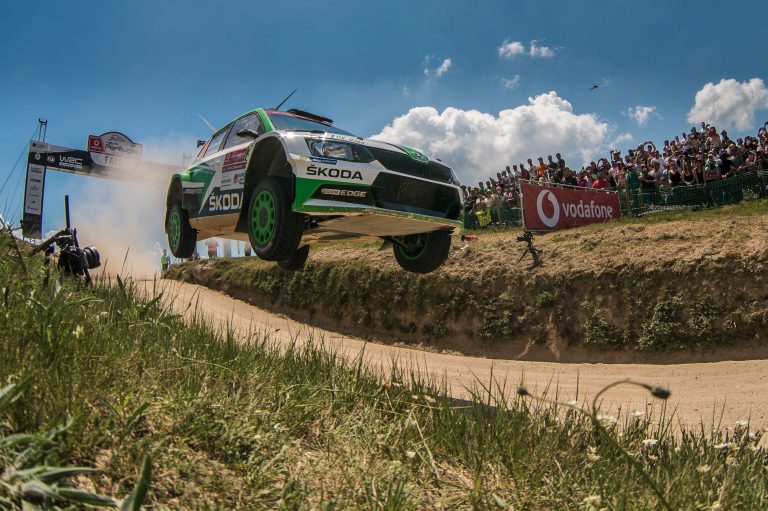 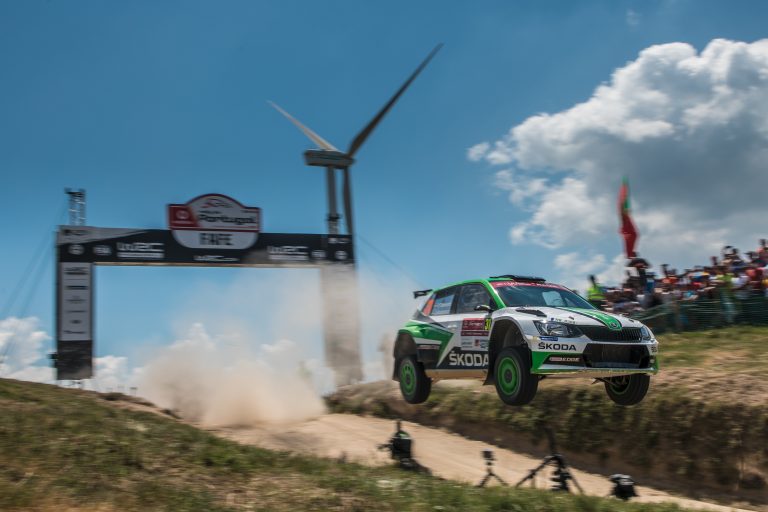 The 2018 Rally Portugal had ups and downs for the ŠKODA factory crews. After two punctures during the Friday leg of the rally, WRC 2 Champions Pontus Tidemand/Jonas Andersson started a race to catch up. On Saturday they stormed from fifth position into the lead of the WRC 2 category. During their first Rally Portugal, ŠKODA youngsters Juuso Nordgren/Tapio Suominen showed a significant progress, delivering numerous fast times on the special stages. Despite a “record” number of five punctures they brought the ŠKODA FABIA R5 to the finish in sixth position of the WRC 2 category.

The final leg on Sunday was running over five stages of more than 50 kilometres of fast and smooth gravel roads. The highlight for ten thousands of enthusiastic rally fans was the spectacular and famous Fafe jump. Pontus Tidemand set the fastest time on the opening stage of the day, followed by his young teammate Juuso Nordgren. Both ŠKODA crews managed to finish the rally with a fast and controlled drive. Tidemand was totally happy at the finish in Matosinhos. “After our mishap during Friday, I never lost my confidence knowing how good the ŠKODA FABIA R5 handles on these Portuguese gravel roads. It is really amazing to win here for the third time in a row,” concluded the Swede. Juuso Nordgren finished sixth in the WRC 2 category although he collected another puncture on the final day. He said: “I am disappointed about my punctures, but I learned a lot during my first Portugal Rally. I really enjoyed the final day of the rally, the fantastic atmosphere, and I cannot wait to drive the ŠKODA FABIA R5 on gravel again.”

ŠKODA Motorsport boss Michal Hrabánek was delighted, that ŠKODA Motorsport could, at the end, achieve another victory in Portugal after a difficult start. “I am happy, that we could win up to now five out of six rounds of the 2018 WRC 2 championship. With his third victory of the season, Pontus put himself into a fantastic position to defend his title. Juuso showed his potential driving some really fast times. Congratulations also to ŠKODA privateer Lukas Pieniazek, who delivered a great performance finishing second in the WRC 2 category,” he commented.

Not as fast as the ŠKODA FABIA R5 rally cars, but with the same reliability, two ŠKODA KAROQ served as road safety cars for the rally organisers, driving the same distance of more than 1,580 kilometres in total and nearly 360 kilometres on gravel stages. ŠKODA/Siva sponsored the popular Rally Portugal and was the official car supplier for the event.

Number of the day: 3
ŠKODA factory crew Pontus Tidemand/Jonas Andersson for the third time in a row won the WRC 2 category at Rally Portugal, at the same time scoring their third WRC 2 win of the 2018 season. 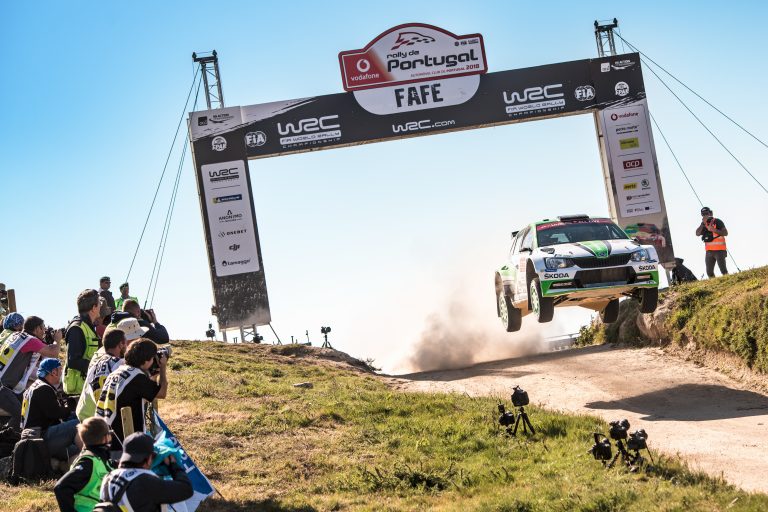 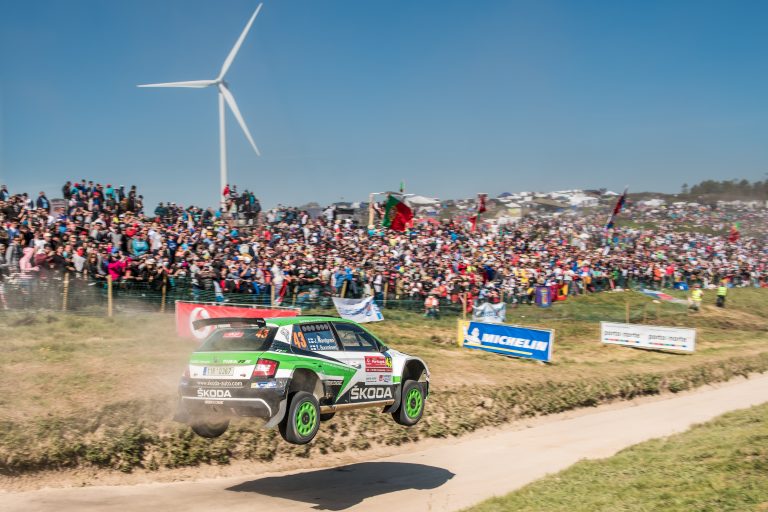